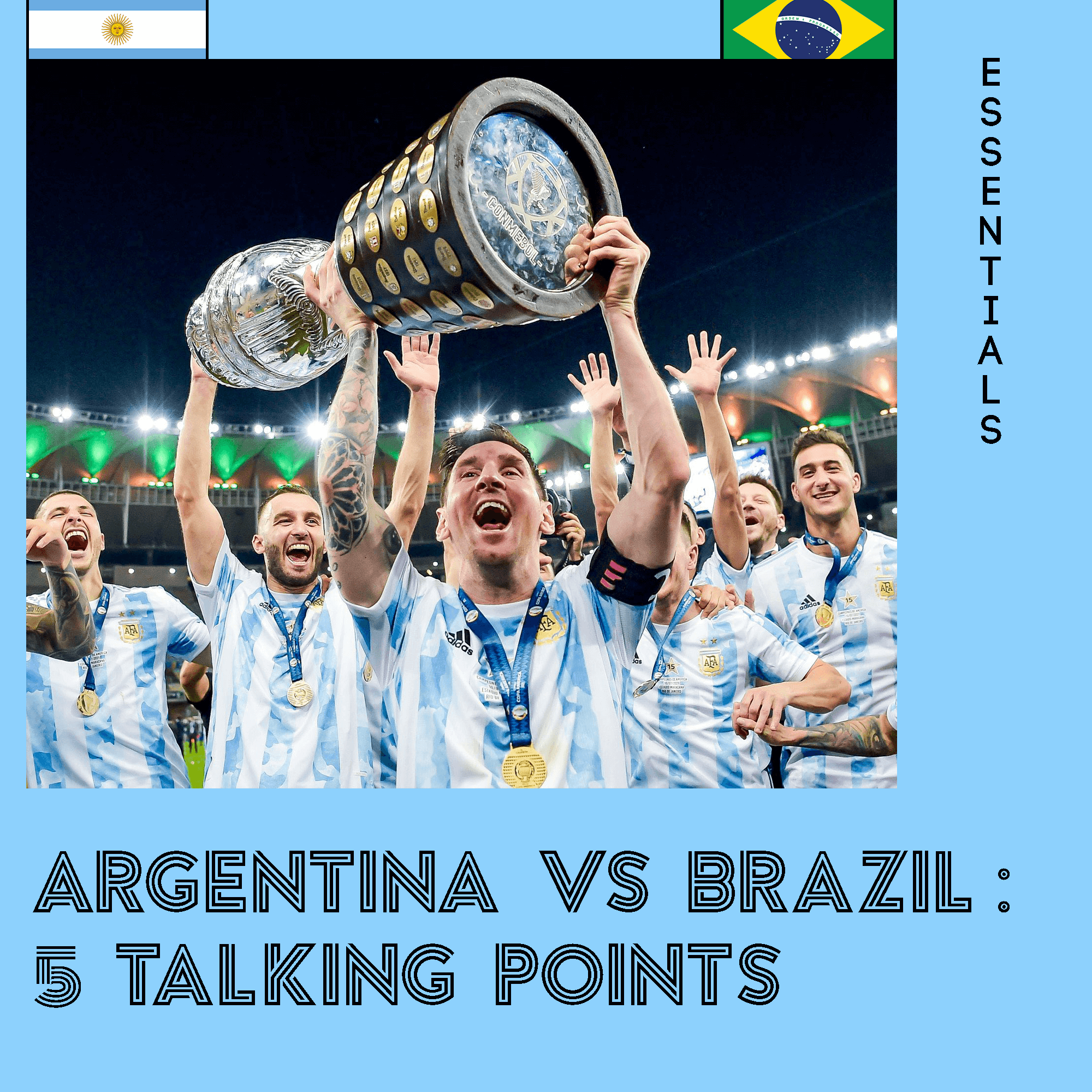 If you’re reading this, your timeline on Twitter is just Lionel Messi pictures as Argentina have beaten Brazil in Brazil to lift the Copa America 2021.

But there’s a host of talking points that aren’t on your timeline. Read 5 of ours from a historic contest.

How good was Rodrigo De Paul?

Rodrigo De Paul once said that he would go to war for Lionel Messi and it was his and his teammates’ responsibility to make sure Leo had an international trophy. And boy, did he keep his word.

De Paul, Lo Celso, Paredes and Rodríguez put in a shift and a half. They were assisted by the fact that Brazil went for a defensive approach in midfield with both Casemiro and Fred starting, with Lucas Paqueta spearheading the midfield. However, the relentless was ridiculous to witness.

He covered every blade of grass. 👏 pic.twitter.com/BNK7487oVe

Atleti’s €35 million man had two major duties all game long- helping Montiel on the right side of defence cope with Neymar and pressing the Brazilians when they tried to gain superiority in the middle of the park. It’s safe to say, De Paul understood the assignment.

He provided channels for Lo Celso to push up as Paqueta tried to press him. Argentina’s No.7 also showed excellent awareness as he started multiple counter attacks early in the second half, finding Di Maria multiple times in free spaces.

However, De Paul’s highlight of the game was certainly his sumptuous assist to Di Maria for the tournament winning goal. De Paul saw the run from Angel Di Maria in behind Brazil’s Renan Lodi and unleashed a killer ball from his own half. Thankfully, the pass was matched by a touch and finish as splendid.

The best player on the pitch, without a doubt.

You’re better than that, Renan

As the ball leaves Rodrigo De Paul’s foot, Renan Lodi is on his way to cover the space in front of Angel Di Maria, caused by the Argentine’s run. Unsurprisingly, when the ball is played, the Atletico Madrid left-back’s body positioning is all over the place while he’s ballwatching as well.

A promising ping is made to look like a moment of pure genius as Lodi fails to intercepts De Paul’s pass and Di Maria’s touch and dink are simply sublime.

In real time, the interception looks simple when in reality, playing it back makes one realize there’s a surprising amount of distance between Lodi and the ball that makes the stretch to intercept it slightly out of bounds.

If only he had covered the space faster instead of mapping the pass, Renan wouldn’t have to worry as much about the matchwinner’s presence behind him, the situation would have been dealt with and it would’ve been 0-0.

Argentina: Finally, a team and not just a cluster of superstars

Argentina have always had a stacked roster- Messi, Aguero, Tevez, Di Maria, Higuain and Mascherano are just some of the superstars that come to mind. However, when it came to playing as a team, that was perhaps their biggest challenge.

The Argentines must’ve stuck to their new year resolution of “new year, new Albiceleste” because they have looked like a unit in 2021. And international football emphasizes how vital a togetherness is like no other.

Argentina came into the tournament with their tactics still unproven due to a lack of matches pre-Copa America, as a result of the travel restrictions due to the COVID-19 pandemic that is still raging in South America. Lionel Scaloni didn’t even know who his starters would be. However, without any ego clashes within the team, the Argentine coach was able to rotate his squad during the tournament and see how they would fare.

This was pivotal for Scaloni as a feud within the dressing room can put a roadblock in even the finest teams’ path as has been seen from a certain team this summer (hint: they’re the world champions).

From a man at the help that understands the Argentina project like Scaloni all the way down to a voice in the dressing room like Emi Martinez, reminiscent to Mascherano from back in the day to magicians that are happy to turn workers such as Paredes and De Paul, balance is the Albiceleste’s biggest takeaway from their Copa America triumph.

When a midfield consists of both Casemiro and Fred, the security is in place so the pair can keep someone out of the party. That certain someone waiting in line outside a metaphorical nightclub was Lionel Messi.

Understandably so, considering no one has a ball like Messi but unfortunately for Brazil, it spelt an end for their night as well.

Lionel Scaloni sussed out the fact that Lucas Paqueta was their chief creative force in midfield and with De Paul and Paredes hunting him in packs, fouling him and essentially, targeting him, it was all on Neymar to conjure genius at the drop of a hat.

And Volume 2 of the Paqueta Plan was replicated on Brazil’s main man.

To no one’s surprise, the substitution of Fred for Roberto Firmino elevated the Seleção to no avail due to the presence of an additional attacking figure.

Only if Tite threw a little, if not all caution to wind, the hosts could have defended their crown from 2019.

Can we all agree that the ‘international trophy criteria’ has never made sense?

Never have I understood the criteria of the debate between Lionel Messi and Cristiano Ronaldo. The debate was always pivoted on the fact that Messi has never won a major international trophy at the senior level.

However, it is an undisputable fact that he has played in a side where the supporting cast let him down, time and again. Messi had, before today, pulled three Player of the Tournament worthy runs dragging an underachieving Argentina team to three consecutive finals with only a silver medal and three individual awards to show for it.

At some point in time, you have to realize that football is a team sport and the other 10 have to show up and perform. That is exactly what happened today- Messi put in a below par display and yet, he was able to leave the pitch with a gold medal to show for it. Had this team performed at the same level in one of the other three finals, the wait wouldn’t have been a talking point.

Personally, I believe the debate based on just one game is hogwash. It was as if the 600+ games of football that came before the final were useless.

Focusing away from the claptrap, Lionel Messi once again pulled off a tournament performance that would make anyone proud. With 4 goals and 5 assists, Leo once again proved how much better he’s only getting better age, winning both the ‘Top Scorer’ and ‘Player of the Tournament’ awards, along with his first gold medal. 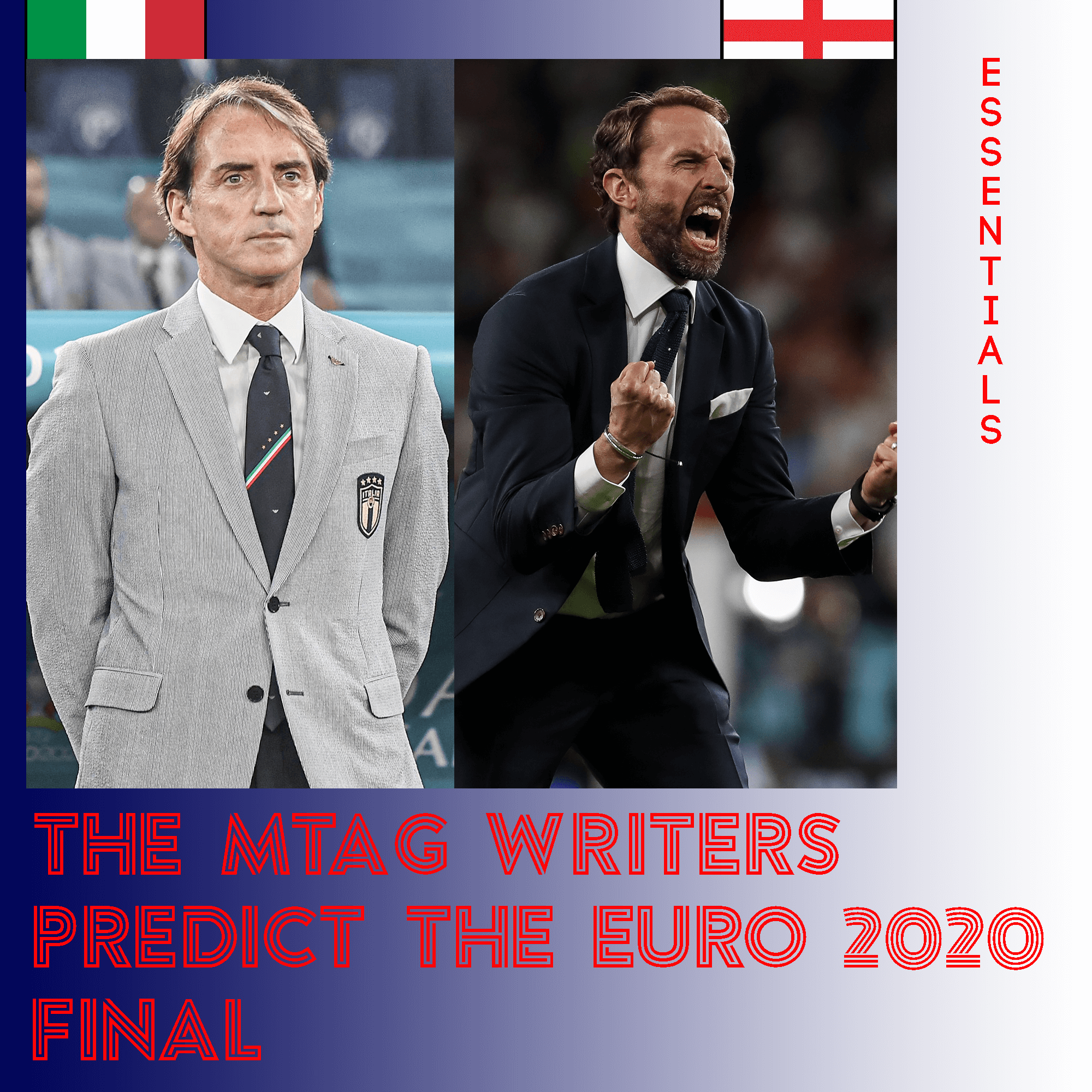 ENGLAND VS ITALY: THE MTAG WRITERS PREDICT THE EURO 2020 FINAL 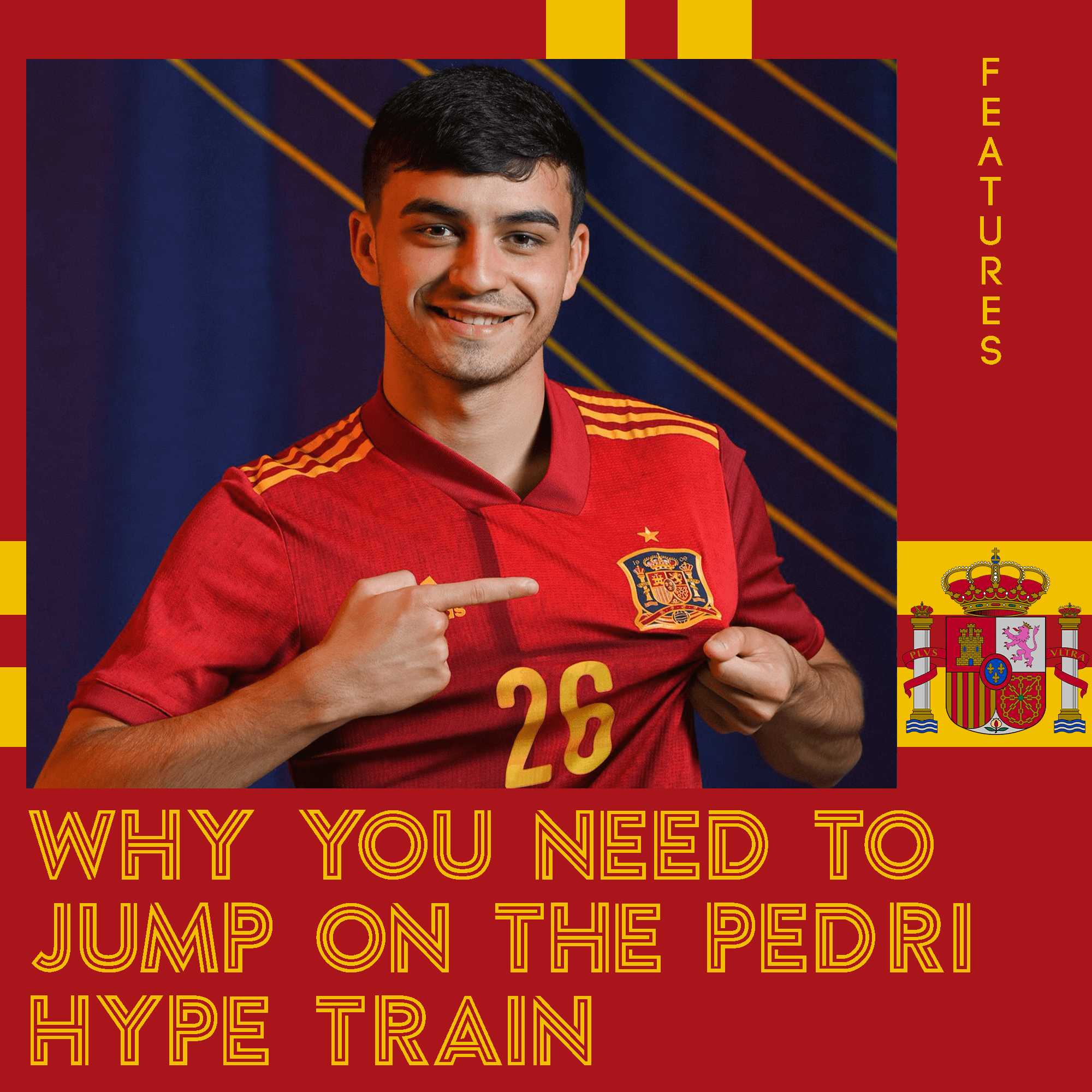