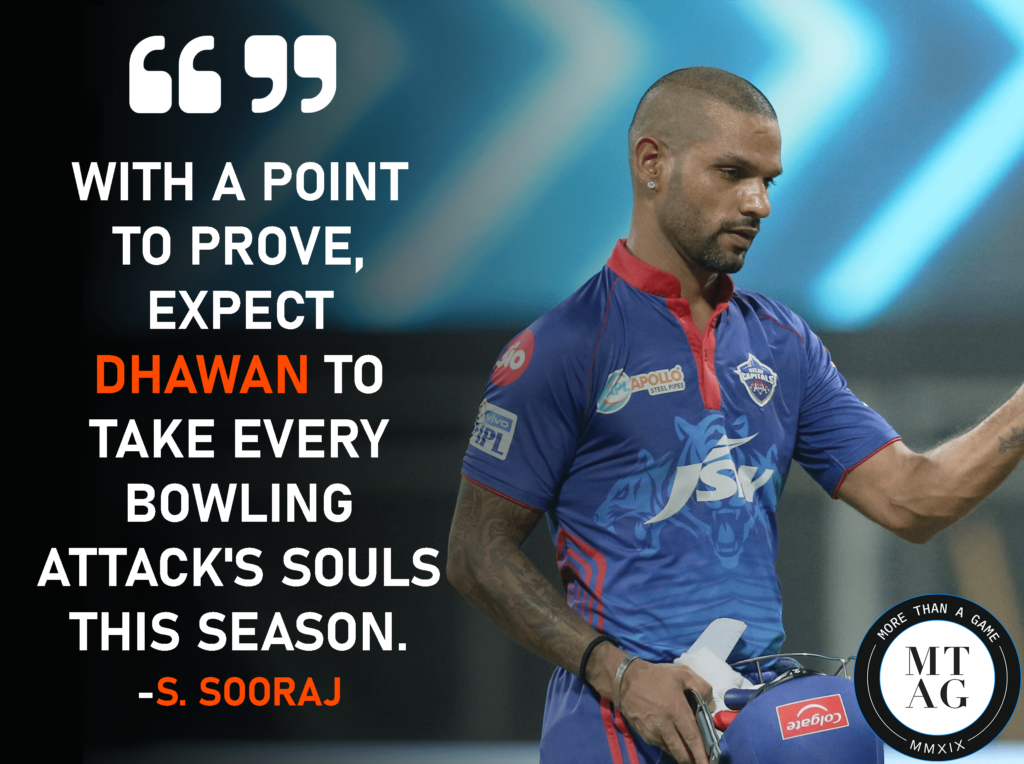 After what seems like ages, the IPL is back and we couldn’t be any happier if we tried. This is the first time that the Indian Premier League is resuming after a hiatus but in these bizarre times, nothing comes off as a surprise.

While the cricketing schedule is absolutely packed and the concept of rest is a myth, this IPL might very well be the only competitive T20 tournament before the start of the T20 World Cup in October.

And interestingly enough, the T20 World Cup also takes place in UAE, the same location as the IPL.

As things stand exactly halfway through the league stages, the hiatus and change of venues might be a crucial factor in deciding which teams make the playoffs and which do not.

Speaking of crucial factors, let’s take a quick look at the few things we at MTAG: More Than A Game are looking forward to, ahead of the IPL restart. 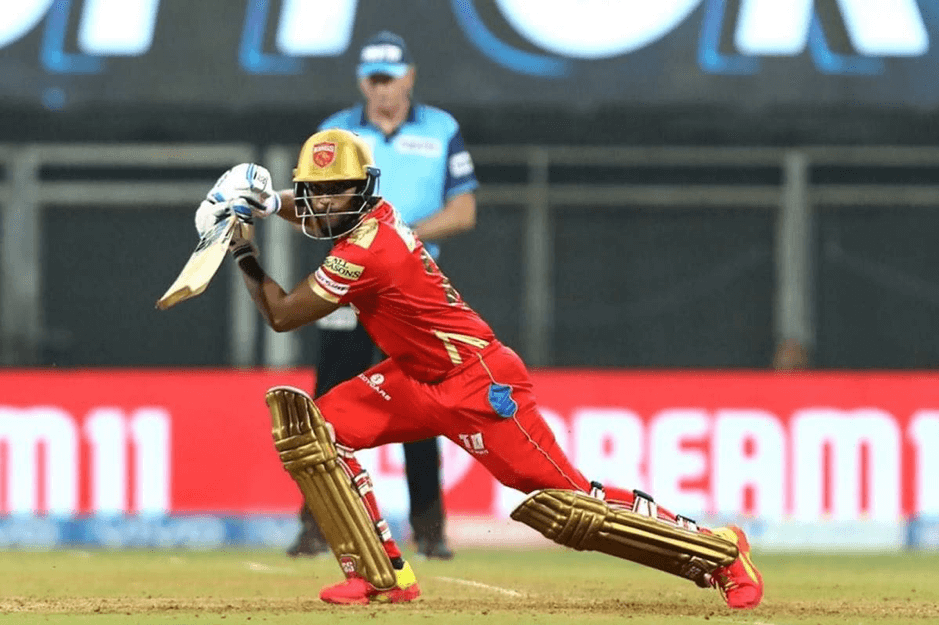 Nicholas Pooran has it all to make a brilliant T20 player- numerous amounts of strokes in his arsenal and the ability to go big whenever needed. Pooran might as well be considered one of the best middle-order batsmen in T20 cricket currently.

Over the past few years, his contributions with the bat for both his national side and his league teams have been impeccable. However, we saw a very different Nicholas Pooran in the first half of the 2021 IPL.

The West Indies batter had 4 ducks in the 7 games he played in the IPL, scoring a meagre 28 runs in what was an alarmingly poor run. While he has shown some of his class in the Australia and Pakistan T20 series’, post the first half of the IPL, we could and more importantly, should see more fireworks from the Caribbean.

Pooran is also a crucial part of the Punjab Kings’ batting line-up and he would need to return back to his brilliant best for PBKS to have any chance of qualifying for the playoffs this time around.’ 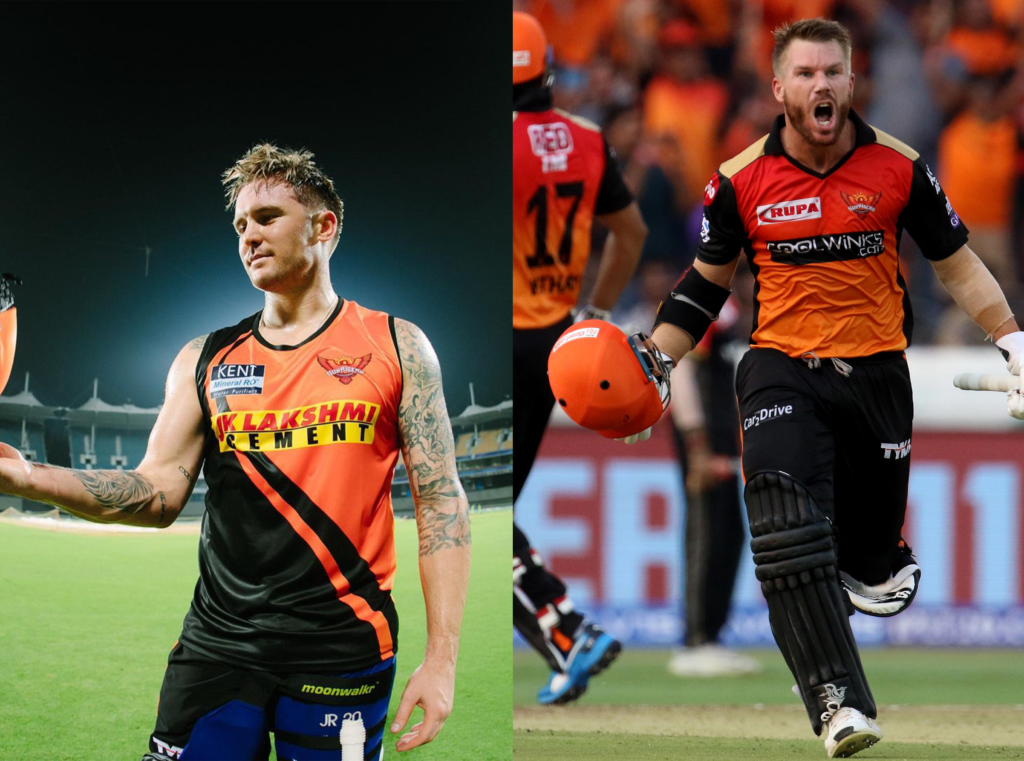 With Jonny Bairstow out of contention, we might get to witness Jason Roy donning the orange jersey and opening the bat for SRH. All eyes will be on the Englishman and the seasoned veteran in David Warner as a dream opening pair.

While the Bairstow-Warner combo was nothing short of brilliant, we could expect the same from the latter and Jason Roy.

After all, there aren’t many more explosive opening batsmen in the game than Roy in the game.

If Warner returns to his vintage best, the world will feast its eyes on an English and Australian wreaking havoc, but for once, together.. Watching the pair annihilating bowlers in the power-play will be a sight for sore eyes.

All eyes on Liam Livingstone 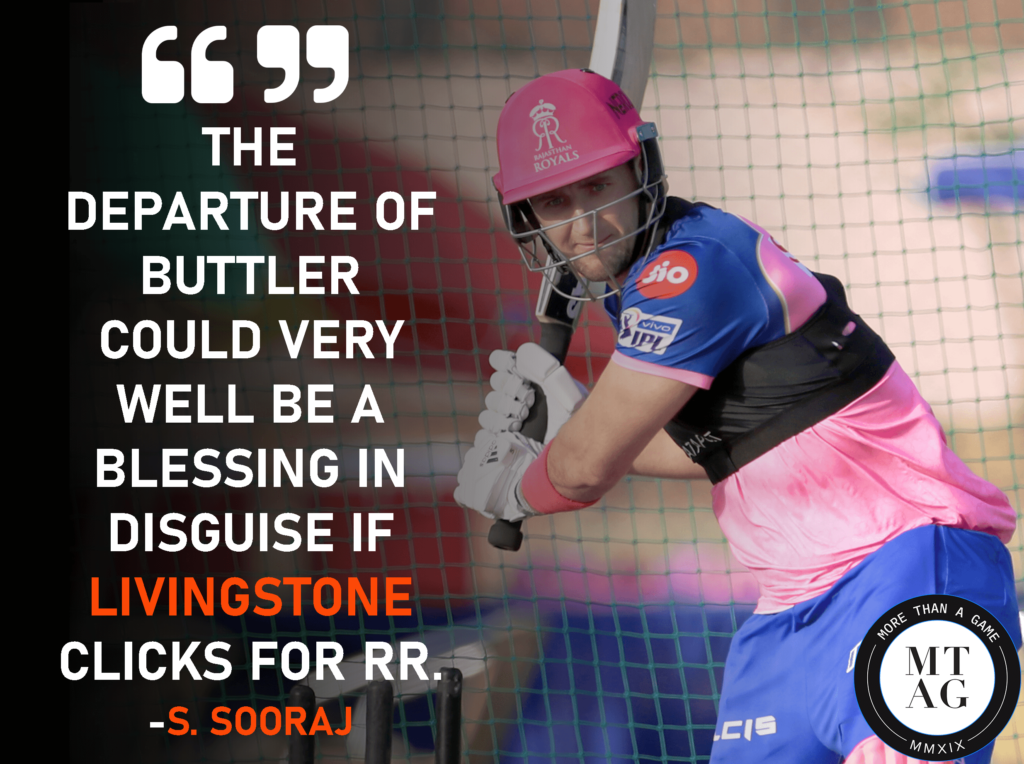 The English cordon of Ben Stokes, Jos Buttler and Jofra Archer have easily been RR’s most valuable players in the past few years. With the trio all out for various reasons, the Royals have to turn to their dugout to dig deep this season.

But it’s safe to say that their backup overseas choices aren’t disappointing either. Liam Livingstone, who has been on a sensational run with England as well as in the Hundred would be the one to watch for Rajasthan.

Unsurprisingly as well, considering he scored the fastest T20I hundred for England a few months ago and ended up becoming the MVP in the Hundred.

With the unstoppable vein of form that he is in, Livingstone would be shouldering the burden of putting up sizeable scores on the board for the men in pink with skipper Sanju Samson. The departure of Jos Buttler could very well be a blessing in disguise if Liam Livingstone clicks for RR.

Hasaranga in the IPL is a headline on its own 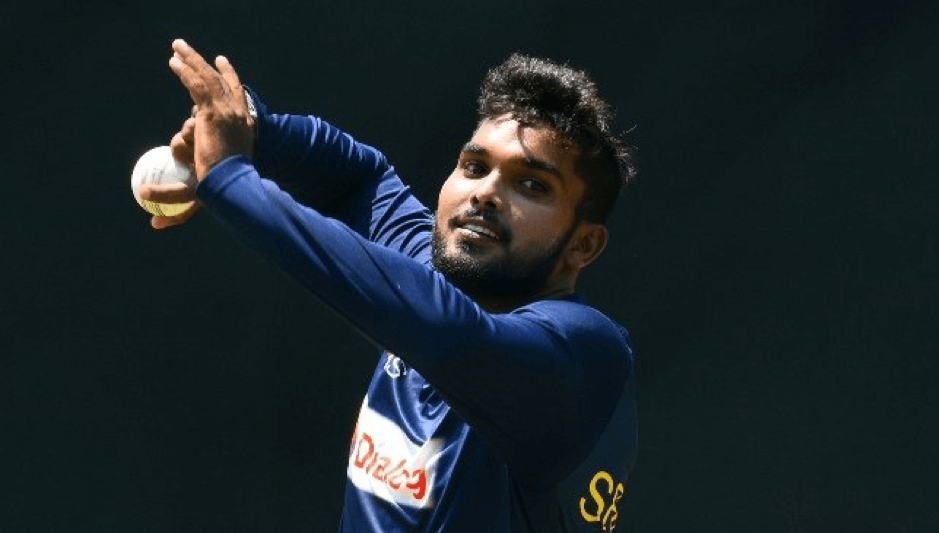 The absence of Washington Sundar in the remaining half of the IPL season certainly comes as sad news for Royal Challengers Bangalore, as he has proven to be a vital part of their bowling unit. But in Wanindu Hasaranga, RCB have scouted the ideal replacement.

Along with Dushmantha Chameera at RCB as well, he comes into the side as one of the two Sri Lankan players in the entirety of the competition currently.

Hasaranga isn’t a unknown entity to Indian fans however, as he made the news for all the right reasons during India’s tour of Sri Lanka in July.

He did a great job with the ball, taking a lot of important wickets in the T20 series, helping his side win the series and earning himself a career high No.2 in the ICC T20 rankings.

The Lankan bowls economical spells for fun and is the perfect addition to an RCB side that have looked set for a playoff berth.

The Moeen Masterclass: The Sequel 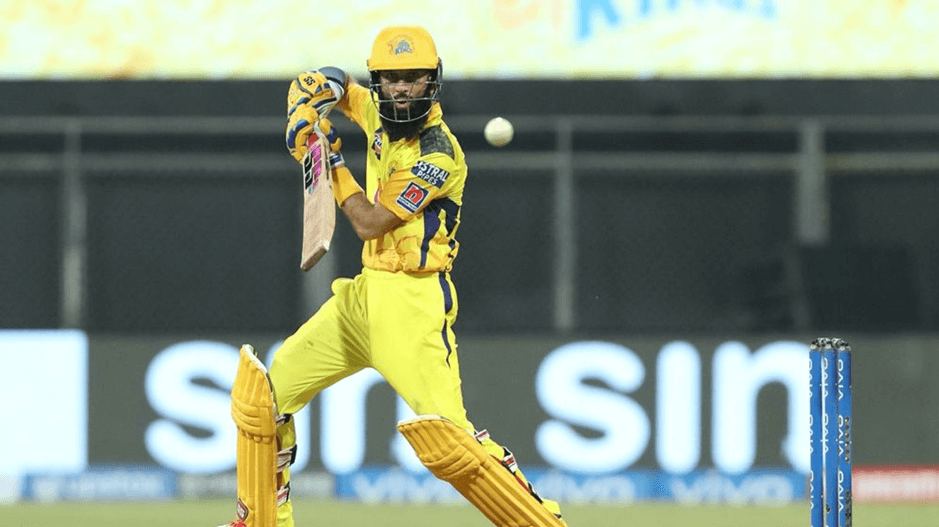 One of the best things about the first half of the IPL was getting to watch Moeen Ali bat. Entering the season with glaring batting order troubles, CSK needed to change things up quite a bit to have a successful season.

And with the addition of just one player in Ali, MS Dhoni changed the fortunes for his side yet again. The England international was at his brilliant best in the first phase of the IPL, being only behind Faf du Plessis as Chennai’s top run-getter.

Unlike his stint at RCB as well his national team, Ali was more than comfortable as a No.3 for CSK. With his immaculate inch-hitting abilities, he has transformed a side lacking spark into one that is a dangerous proposition for any bowling attack.

With the shorter boundaries in Sharjah, expect a return of the Moeen Ali show. 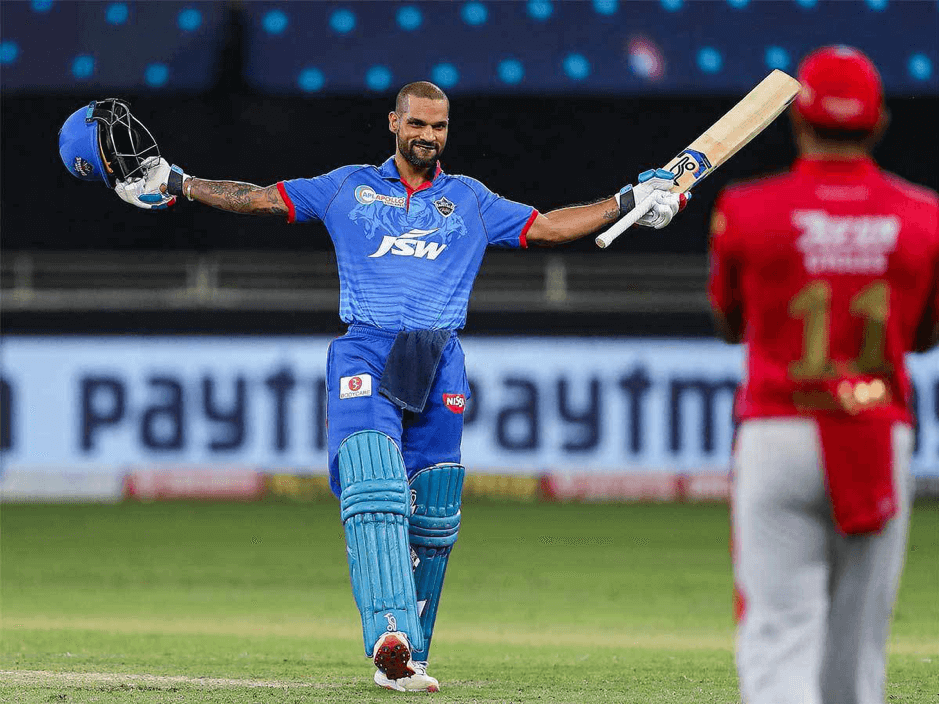 Being a vital cog of the Indian limited-overs batting order last year, Dhawan’s exclusion from the T20 World Cup squad came as a shock to many. After all, Gabbar was bright in blue and the Orange cap holder in the IPL.

Now without a place in the T20 World Cup squad, a reminder of how unstoppable he can be at the top of the order must be on Dhawan’s mind. The left-hander was a delight to watch in the first phase of the IPL and now with a point to prove, expect him to take every bowling attack’s souls this season.

A KKR attack minus Cummins 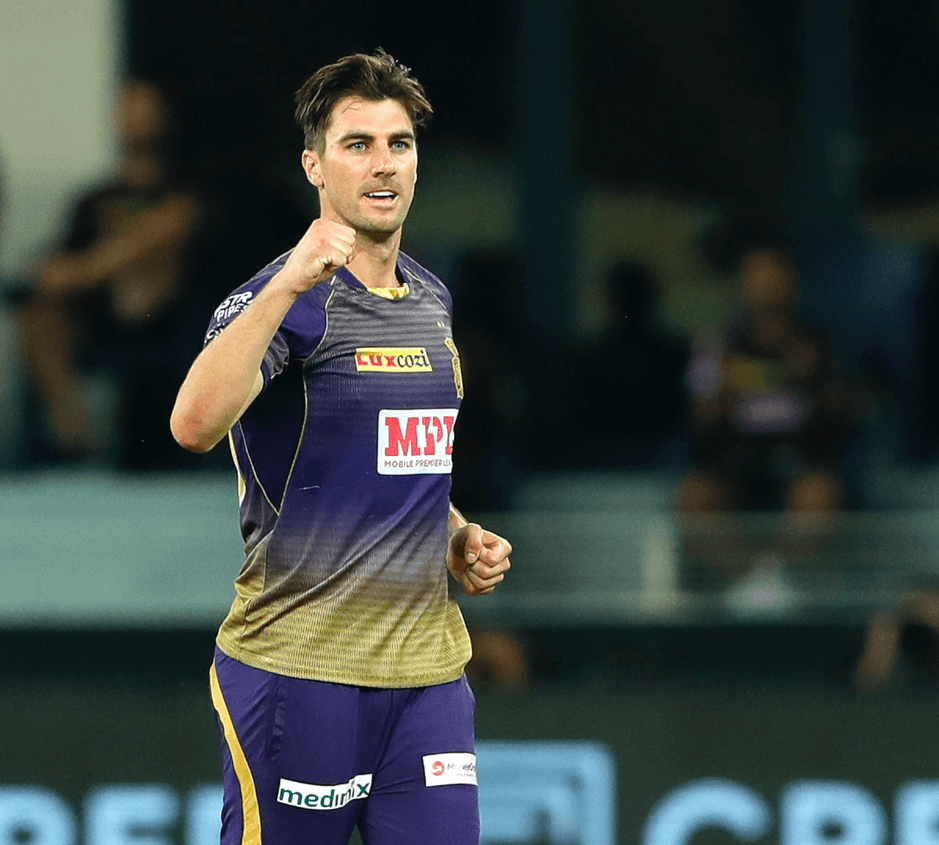 As Cummins announced that he wouldn’t play a part in the second phase of the IPL, the men in purple couldn’t have imagined a tougher blow. KKR had a torrid first half of the IPL, winning only 2 out of their 7 games. Now with Cummins out of the picture, the Knight Riders have the impossible task of replacing the irreplaceable.

Lockie Ferguson is very likely don the role and Kolkata can consider themselves blessed for having a replacement of his calibre and experience in and amongst the ranks.

KKR also have other exciting options in Shivam Mavi, Prasidh Krishna, Kamalesh Nagarkoti and the new signing in another Kiwi legend, Tim Southee.

Seeing who becomes KKR’s lead bowler is a narrative worth not losing sight of. 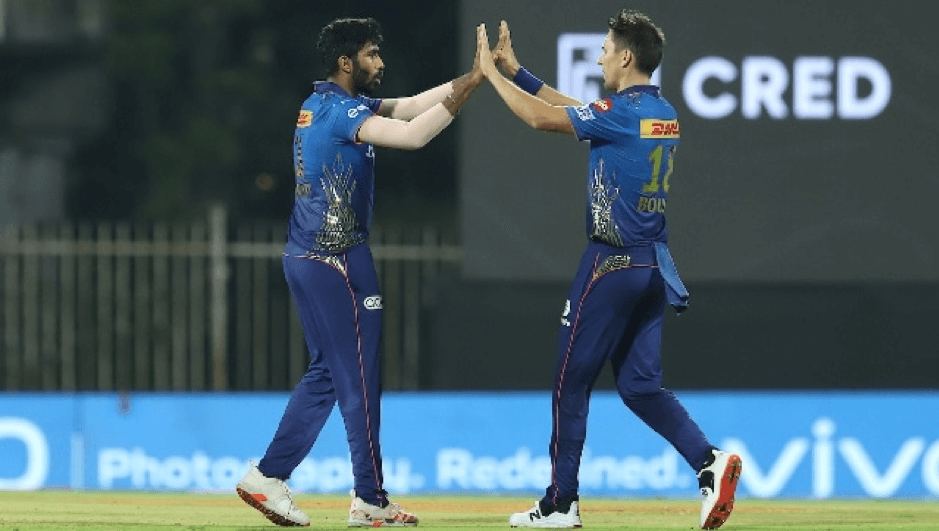 Ever since the announcement that the UAE were announced as the hosts of the IPL, the Bumrah-Boult duo became that inch more deadly. The pair was instrumental in MI’s 2020 IPL winning campaign in UAE and the venue change will be a massive boost for an outfit that needs none.

While the Mumbai Indians didn’t have the greatest first half of the IPL, things are likely to change as the remainder of the season approaches. Both Bumrah and Boult are coming off successful test outings and betting on them to replicate their excellent form is a guarantee you’ll double on your bet.

A pair that is perfect enough to verge on simply unfair for the opposition.