4 Things To Look Out For In The Mexican Grand Prix 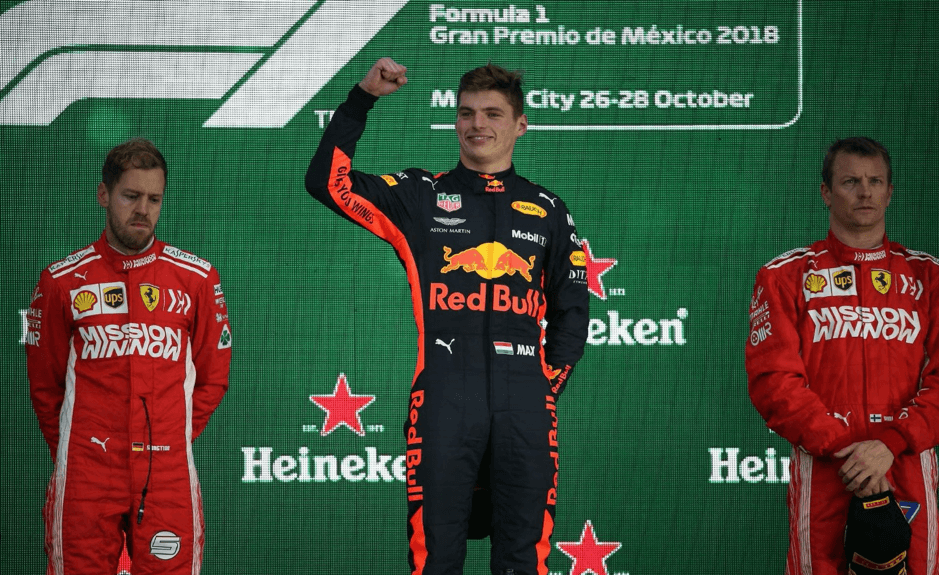 Max Verstappen will attempt to make it a triplet of wins at Mexico, as the Dutchman looks to regain form

Both Max Verstappen and Lewis Hamilton have fond memories at Autódromo Hermanos Rodríguez in the last couple of years, with the former having won in 2017 and 2018, and the latter clinching his last two World Championships here. A third straight year with the same outcome seems increasingly improbable, however. Red Bull have endured an unsatisfactory run of results in the second half of the season, as Ferrari’s massive strides have left them with the ‘best of the rest’ tag rather than that of worthy challengers to Mercedes’ dominance. The downforce-heavy Mexico City track has predictably been a happy hunting ground for Adrian Newey’s RB15 of late, but Ferrari’s staggering straight-line pace advantage this time around could very well leave Verstappen and Alex Albon chasing shadows. Hamilton, on the other hand needs to finish 14 points ahead of teammate Valtteri Bottas to clinch his sixth championship title but the permutations suggest that the champagne may have to be put on ice. The Brit will clinch the title at the Autódromo Hermanos Rodríguez if- Given that Bottas is F1’s Mr. Consistent though, Hamilton will need a superlative degree of skill as well as a big slice of luck to leave Mexico with the drivers’ title. Ferrari look to regain momentum amidst rumours of foul play The prancing horse has come galloping out of the stables in the second half of the season and are looking like favourites to sweep qualifying for the sixth grand prix in a row. Had it not been for Vettel’s false start in Suzuka and poor calls from the garage a week prior to that in Sochi, the Scuderia could also have had a 100% record in all races following the summer break. The sudden increase in pace hasn’t gone unnoticed by the rest of the paddock, however. Speaking to AutoBild, an insider from another team claimed, “The advantage is absurd and legally impossible to accomplish, because the technology is already very exhausted.” Figures of upto 55 horsepower have been quoted when discussing Ferrari’s power advantage over the rest of the field, something Hamilton admits is ‘confusing’. While most of the talk at the stage is purely speculation, there is no denying that Los Hermanos’ main straight, one of the longest of the season, plays right into the SF90’s hands. With the best in class power unit at their disposal, this could be a straight shootout between Vettel and Leclerc, potentially giving us another chapter in their rapidly growing rivalry. Cloudy with a Chance of Action? Rays of hope still remain for Mercedes and Red Bull this weekend, however slim they may be. Rain is predicted over the weekend and could throw a spanner into the works of Ferrari’s preparations. The good news for the Italian giants is that most, if not all, rain is expected to occur in the evenings, meaning that they might leave their umbrellas back at Maranello. Still, the mention of unpredictable showers instantly takes one back to the Hockenheim-ring, a strong contender for race of the season. The erratic spells of rain on that day produced a topsy-turvy race, one where some drivers struck out and others struck gold based on pure luck. If this weekend can deliver a fraction of the action that we witnessed in Germany, we’ll be in for a treat. Driver market coming to a close

Nicholas Latifi will look to impress bosses as he takes Kubica’s seat for Free Practice 1.

The couple of vacancies that remain in the F1’s driver lineup for 2020 are expected to be filled over the next couple of weeks, with Mexico of particular significance to some. Nico Hülkenberg could potentially be the biggest casualty of this year’s market, but the 32-year-old’s decade-long stint in F1 may not be over just yet. Alfa Romeo are yet to confirm Antonio Giovinazzi’s place beside Kimi Räikkönen for next season, despite Ferrari reportedly lobbying for their former academy driver, something that doesn’t bode well for the Italian. Hülkenberg is the most obvious threat to Giovinazzi’s position with no suitable candidates emerging from Ferrari’s academy in time for next season. The only other potential destination for ‘The Hulk’ is Williams, who confirmed that Robert Kubica will not be returning for another season with the British team following rumours of a falling out between the two. A strong finish in the final three races could just be enough to convince Williams to opt for Hülkenberg’s experience over the youthful exuberance of their test driver Nicholas Latifi, who currently sits 2nd in the F2 drivers’ championship. With just 3 races remaining for the end of the season, will it be the Prancing Horses who call the shots, or can Red Bull or Mercedes trump the Italian outfit?