5 QUESTIONS THAT WILL DEFINE PSG’S SEASON 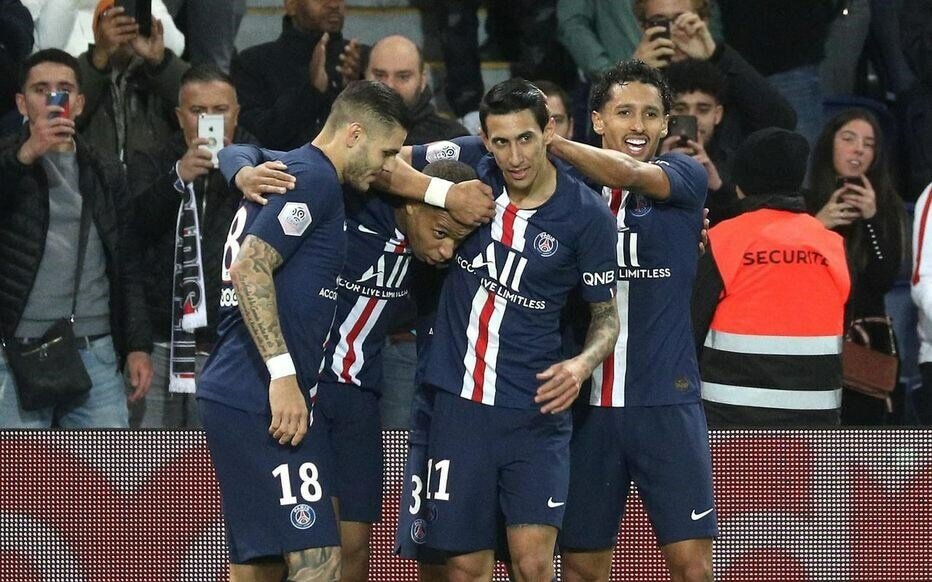 he Parisian giants have started their domestic season as per standard procedure, sitting on top of the Ligue 1 table with a gap of 7 points to their nearest rivals Angers. While Paris Saint-Germain look to be in complete control of the league this season, the 3 surprising losses at the hands of Rennes and Dijon and Reims show there are chinks in the Red and Blues’ armour. On the other hand, PSG has maintained a 100% record in the Champions League, with a 3-0 drubbing of Real Madrid, a 0-1 victory over Galatasaray and a 0-5 easy win against Club Brugge.

This season, France’s finest have acquired the services of Keylor Navas and Sergio Rico in between the sticks, Abdou Diallo in defence, Mauro Icardi and Pablo Sarabia on the attacking front with Ander Herrera and Idrissa Gueye deputised in midfield. While Mbappé, Icardi and Di Maria have all chipped in with 5 goals apiece, the former Manchester United man leads the assists charts for PSG with 5 to his name. Di Maria has been pivotal in the final third this campaign and looks at his electrifying best.

Despite the Paris-based club dominating on all fronts, certain questions will define what their campaign looks like after the curtains close.

1. Are Cavani and Paredes a part of Tuchel’s plans?

One of the most prolific and ferocious strikers on his day, and PSG’s all-time highest goalscorer, Edinson Cavani is finding it difficult to cement his place in the starting 11 this season. With loanee Mauro Icardi looking like the real deal since his arrival, the chances of the Uruguayan making the No.9 shirt his own are getting bleaker by the day. It’s simple: Icardi has started most matches under Tuchel and has performed superbly.

Also, with the former Borussia Dortmund boss giving chances to Eric Maxim Choupo-Moting upfront to showcase his talent, it is highly unlikely that Cavani will be a part of the club’s plans, both currently and in the future. At 32 years of age, maybe it is time for Edinson Cavani to move on to greener pastures where he’ll become the main man again.

His South American compatriot’s story is different but seems to be heading in the same direction.

Leandro Paredes was signed in 2018, it was believed that he’ll be playing as a pivot around whom the team will be built. One and a half years have passed and the predictions have not manifested as one would have imagined. Paredes hasn’t featured much in the team, occasionally coming on as a substitute in the later part of the second half. Out of the 3 games he has started as a central midfielder in the league this season, PSG has been on the losing end in 2 of them.

With the likes of Marco Verratti, Ander Herrera, Idrissa Gueye and even Marquinhos staking their claim in his position, Tuchel doesn’t have much of a selection headache with Paredes. Mostly an unused substitute on the bench, it is highly unlikely we’ll get to see much of the talented Argentine in the near future.

A gamble that has worked wonders for Tuchel is the deployment of Marquinhos as the central midfielder in the midfield 3, using the Brazilian defender’s versatility and agility to great use. The passing abilities that Marquinhos possesses are no less than those of a natural midfielder. Adding to his passing range is the ex-Roma man’s defensive durability which helps to break down opposition attacks in the midfield itself, screening the back 4 with aplomb.

However, the signing of former Everton midfielder, Idrissa Gueye has catapulted the French champions as one of the most complete teams across the globe in the middle of the park.

PSG look like a different beast defensively when the Senegalese has started in the midfield. With a monstrous 5.5 tackles and interceptions per match, Gueye is simply irreplaceable and is right up there with the likes of Fabinho and Wilfred Ndidi as one of the best defensive midfielders around.

Partnered by the likes of Marquinhos, Verratti, Herrera, Di Maria and even Draxler on occasion, Idrissa Gueye hasn’t shown any signs of nerves and has settled in like he’s been playing at the Parc Des Princes for years.

When Mauro Icardi made a last-gasp move to the Red and Blues, many believed that he might not be as prolific as he used to be in the Inter colours. A few games have passed, and Icardi is scoring goals for fun. While we all know how deadly the Icardi-Mbappé partnership has been, fans and pundits alike are yet to feast their eyes on when Neymar enters the fold and sparks fire into what is already an avalanche of attacking genius.

Despite Neymar’s incessant injuries and off the pitch scandals, there is no denying that he remains a world-class player and has looked far and away the best player in France when he’s got at his feet. Prone to taking up the No.10 position as he drifts centrally from the left-wing, his combination with Icardi in particular is one that seems mouth-watering. Combining the flair and scintillating abilities of Neymar as a playmaker, the sheer pace and ability to leave a defender for dead of Mbappé and the poacher instincts of Icardi, Tuchel has a very deadly trio to unleash at hand.

If Neymar remains fit and the front three of Mbappe, Icardi and the Brazilian start for PSG, havoc will be wreaked.

4. Has Navas been the missing piece to the Red and Blues’ goalkeeping puzzle?

Navas has been faultless since his move to the French capital

The acquisition of Keylor Navas from Real Madrid has been a brilliant one as he has been a revelation between the sticks for the Parisians. With Alphonse Areola going the other way, it’s safe to say that PSG were the benefactors of the deal.

Before Navas’ arrival, PSG have had a host of shotstoppers that simply haven’t been at the level to be the club’s No.1. Whether that’s Areola who was a 7 out of 10 ‘keeper at best, an ageing and deteriorating Gianluigi Buffon, the simply mediocre Kevin Trapp or the inconsistent Salvatore Sirigu.

Navas brings pedigree in abundance, being in goal for a majority of Los Blancos’ Champions League triumphs and being the mainstay for Costa Rica.

The 32-year old has started brightly for PSG, conceding only 8 goals in 13 league matches and none from 4 Champions League ties this season. It may seem as if Navas wasn’t tested and when the Parisians are on top, he isn’t. However, the mark of a top goalkeeper is to step up in matches where he hasn’t been busy. Case in point, Navas’ crucial penalty save against Club Brugge in the 76th minute to deny them an equalizer in a match that ended as a 1-0 win to the French outfit.

If Navas’ start to life in Paris is anything to go by, the Parc Des Princes faithful have reasons to stay smiling.

Despite being the perennial underachievers in the competition, it is high time PSG are considered as contenders for the Champions League this season.

There is an air of a reinventive energy at the Parc Des Princes; from straying away from the big-money signing to instead taking the approach of addressing problem areas such as in goal and defensive midfield with the signings of Navas and Gueye and professional displays such as the masterclass against Real Madrid in the Champions League show that the side is more of a unit than in campaigns before.

The absence of a player of the stature of Neymar would affect any team and while PSG have fell to the sword on occasion, new signings such as Icardi and Diallo are only adapting to their newer surroundings by the day.

When the Brazilian superstar returns from injury with a point to prove, along with the mercurial Mbappé and the aforementioned Argentine firing on all fronts, it may be the season when Paris reigns over Europe.