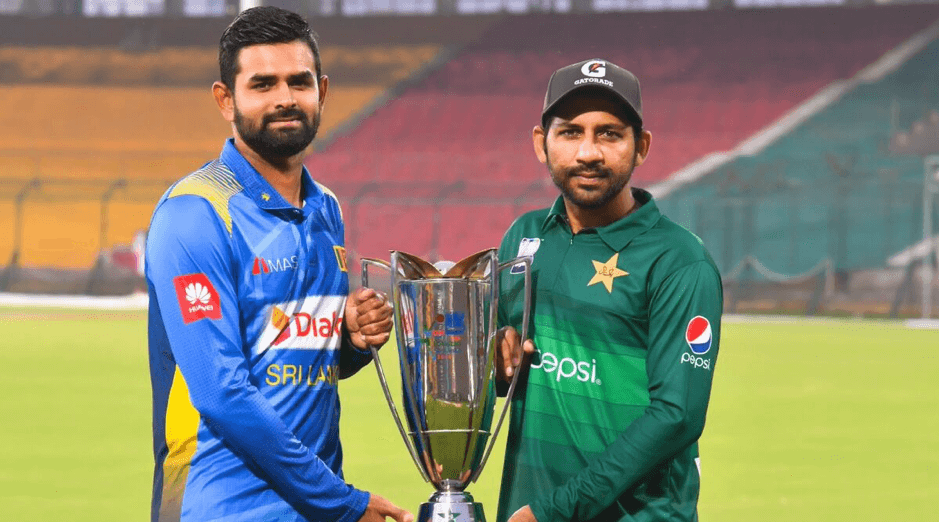 After the terrorist attack on the Sri Lankan team touring Pakistan 10 years ago shook the whole cricketing fraternity to the core, it was finally time for cricket to return to Pakistan. With high hopes and anticipation, Pakistan invited Sri Lanka for 3 ODIs and 3 T20s. After 10 leading Sri Lankan players said no to the tour, a team was finally selected with Lahiru Thirimanne as the captain. After a span of 10 long years, a Test playing nation finally agreed to tour Pakistan for a full-fledged series and the wait was finally over for the cricket-loving nation to host their subcontinental neighbours. With a warm welcome and presidential level security, Sri Lanka finally arrived for an upcoming thriller of a series.

All the preparations were up and running for the first ODI at the National Stadium, Karachi but rain played spoilsport and the match was called off even before the toss could take place.

Everyone had their eyes on the second ODI, hosted at the same venue, to produce something magical that Pakistan has been craving for years. And the match didn’t disappoint. The home team won the toss and elected to bat. It was a fine start by Pakistan before they lost Imam-ul-Haq who had to depart after a finely played 31. Then walked in the talisman, Babar Azam.

He played shots of the highest calibre and reached his 11th ton, his first one at home. Till the time Lahiru Kumara did manage to get Azam out, Pakistan were already in for a strong finish at 261-5. A late big hitting show by Iftikhar Ahmed ensured that Pakistan ended their 50 overs with an intimidating total of 305 for 7.

Babar Azam was at his classy best throughout the series

Leg spinner Wanindu Hasaranga was the pick of the bowlers for Sri Lanka as he picked up 2 crucial wickets. However, his efforts were not enough as a big chase was waiting for the new-look Lankan team. Usman Shinwari gave Pakistan a perfect start when he dismissed Sadeera Samarawickrama in the 4th over. Things then went on to get even worse as Sri Lanka were left reeling at 28-5 in the 11th over of the innings. Then began the rescue act. Shehan Jayasuriya and Dasun Shanaka together put up a partnership of 177 runs before both of them fell to the sword in a span of 3 balls. Jayasuriya got out 4 runs short of a fine century. After a valiant effort from Hasaranga with the bat, Sri Lanka were all out for 238 with Usman Shinwari picking up 5 for 51.

Pakistan won the match by 67 runs and led the 3 match ODI series 1-0. Shinwari was adjudged Man of the Match for his brilliant bowling performance.

The venue for the third and final ODI of the series was the same as the previous two contests. This time round, Sri Lanka won the toss and elected to bat. Opener Danushka Gunathilaka was in sublime touch as he hit the ball to all parts of the park to complete a mighty hundred. Sri Lanka were cruising at 225-3 in 41 overs before Minod Bhanuka’s wicket started a collapse. After 3 wickets fell in quick succession, Sri Lanka did recover and ended the innings at 297-9. Mohammad Amir finished with a lethal 3 for 50. The crowd were in for a thriller of a contest to decide the series.

Pakistan started in fine fashion, as openers Fakhar Zaman and Abid Abi combined together for a 123-run stand before the latter was dismissed. 2 wickets from Nuwan Pradeep set up a finale for the last ten overs, but Haris Sohail’s quickfire 56 ensured that no upset was on the cards as the team in green comfortably defeated the Sri Lankan side by 5 wickets.

Zaman was the highest scorer of the innings with 76, but it was Ali’s ferocious hitting that got him the Man of the Match award in the final ODI. Babar Azam was chosen as the Player of the Series for his stellar batting performance in both the matches as Pakistan won the rain-affected series 2-0.

With the 3 match T20 series set to start from 5th October, the excitement of the whole country is at its peak. After a fine showing in the ODI series, expectations will be perched on the Pakistanis to showcase the same venom in the shortest format of the game while the Lankans must pull their socks up after the drubbing they faced. And with the international game finally returning to Pakistan, the game is expected to undergo a deserved revival in a country that truly cherishes the sport for everything it offers.