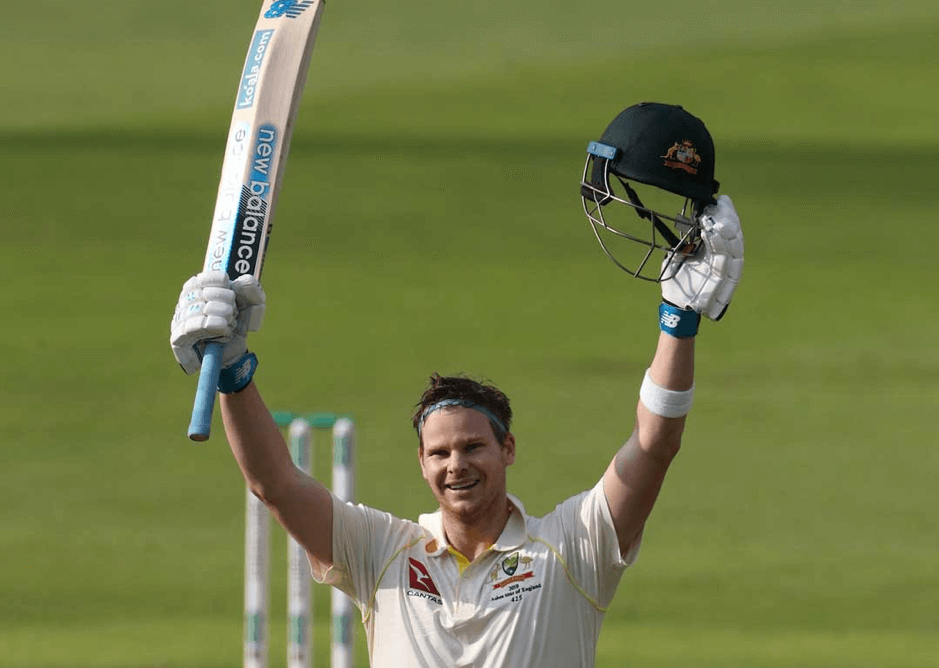 The champion of champions: Steve Smith’s genius was for the world to cherish

With the English Summer producing one of the best ever World Cup finals, the cricketing world was still in disbelief with what had transpired in front of their eyes. Ben Stokes was the talisman for the English throughout the World Cup, which they eventually lifted after what turned out to be an epic encounter against New Zealand. With fierce rivals, England and Australia donning the whites to contest in the ever so fiercely fought Ashes, the attention shifted to the longest format of the game in the summer dominated by England’s mastery in white-ball cricket.

The stakes were high as it was the first outing for both the sides in the World Test Championship. And boy oh boy, did the battle not disappoint. With the series ending in an equally contested 2-2 draw and the Aussies retaining the Ashes, there were a lot of standout performers that put in displays that will etched in the memories of not just Australian and English viewers, but cricket fans across the globe.

Here are More Than A Game’s picks for the best XI from both sides.

Fairly easy choice. With shambolic performances from all the openers on display except him, it was one of the easiest picks. A 100 on Ashes debut at Edgbaston combined with him showcasing his unique technique of playing an array of shots while using a straight bat, the Surrey-born opener cemented his position in the side. The screamer he took to dismiss Peter Siddle at The Oval was a highlight of his brilliant fielding performances throughout series. Burns performed fairly well in the whole series with the bat and ended with a commendable total of 390 runs.

This might raise a few eyebrows but pathetic displays from the likes of Jason Roy, David Warner and Marcus Harris along with two fifty plus scores from Denly meant he edged his out-of-form compatriots to earn a spot in this XI. Shifted from the middle-order to open with Burns, Denly showed good resistance against the fierce attack of Pat Cummins and Josh Hazlewood. A world-class catch at Lord’s, the partnership with Root in the 2nd innings of Headingley test and a gritty 94 at The Oval have surely solidified his place in the English ranks.

While he did not set the Ashes alight, Joe Root still had his moments of magic (WION)

The English skipper had a mixed Ashes this time around. Getting a lot of flak due to his incapability of converting fifties into the big ones in recent times, Root again managed to score 4 fifty plus scores, but didn’t convert any.  He gets the nod for the captaincy of the squad because of the way he used Jofra Archer and DRS throughout the whole series. Root also took some fine catches in both the slip cordon and the outfield to cap off a fine outing. With 325 runs and 3 wickets under his belt, it was a solid, if not spectacular series for the classy batsman.

Crowned as “The Modern Day Bradman”, anything less than this would be an insult to this outrageous talent. After amassing a mammoth total of 774 runs in 7 innings in the 4 tests he played, Smith took a worldie to dismiss Chris Woakes at 2nd slip at The Oval which just proved that he’s superhuman. Returning to international test cricket after a year ban, Smith scored massive scores of 144 and 142 in Edgbaston to start off a fabulous series.

After getting hit on the helmet by Archer and being forced to miss the next match due to concussion, Smith again bounced back in tremendous fashion and scored a mighty 211 at Old Trafford, showing that he’s a cut above the rest once again. Finishing the tournament with 2 Man of the Match and Australian Player of the Series awards, Smith was arguably the best player of the entire series and is the best test batsman on the planet.

Entrusted with the task of replacing Steve Smith in the team after he was ruled out with a concussion, Marnus Labuschagne stepped up big time. With a total of 353 runs in the series and eventually replacing Khawaja when Smith returned, the South African-born batsman was a part of crucial partnerships with the master himself.

Scoring 4 fifty plus scores in the series, he wasn’t able to convert them into big ones, much like Root. Chipping in with a few leggies as well and taking the wicket of Leach at an important stage of the 4th test, it’s safe to say Labuschagne grabbed his opportunities with both hands.

“Arise Sir Benjamin Andrew Stokes”; England’s World Cup hero did pull off the unthinkable once again. With England reeling at 286-9 and a target of 359 to chase at Headingley nowhere in sight, Stokes played one of the best Test innings ever witnessed and won the game in scintillating fashion for England. After finding a perfect partner in Jack Leach at the other end, Stokes hammered the likes of Cummins, Pattinson, Hazlewood and Lyon to register his name into the history books.

What made this knock even more special was the fact that he had bowled a scintillating 15-over spell in the previous inning and then match that with this piece of pure genius. With a total of 441 runs, 8 wickets and 2 Man of the Match awards in the series, Stokes was deservedly adjudged as the ‘English Player of the Series’.

This is yet another eyebrow-raiser. He might not have donned his wicket keeping gloves in the series, but he gets the nod ahead of his compatriots on the back of 2 amazing centuries in the series. The likes of Tim Paine, Jos Buttler and Jonny Bairstow all flopped with the bat which again pushes Wade’s case forward. Some people would definitely emphasize on the fact that if Paine wasn’t the skipper, Wade would’ve been the automatic first-choice keeper. The Australian took a sensational catch at forward short leg to dismiss Denly in the 4th test and ended the series with 337 runs to his name.

The No. 1 Test bowler for a reason, Pat Cummins was in sensational form throughout the whole series and was the highest wicket taker with 29 scalps. He constantly bowled in the off stump- 5th stump channel and troubled both Joe Root and Jason Roy with his pace and late movement. Used by Paine in fairly long spells, Cummins was the most efficient bowler and ended the series with two 4-fers and six 3-fers.

Another case of replacing a legend in the team, another job superbly done. Archer was called up to the team when James Anderson was ruled out with a hamstring injury after the 1st test. The bowler’s arsenal was full of venom from the get-go when he ended up hitting Steve Smith on the helmet, resulting in him being ruled out due to a concussion. He was the pick of the English bowlers with 22 wickets in 4 matches, and marked his arrival on to the big stage with 6-fers at both Headingley and The Oval.

After Pattinson and Siddle were picked above him for the first Test, Hazlewood bounced back in bullish fashion. With his staple wicket to wicket line and length bowling that tormented Jason Roy throughout the series, Josh bagged 20 wickets in 4 matches time and reminded the selectors, why he is the first-choice quick to partner Cummins in the longest format. He capped off a great series with two 4-fers and a crucial 5-fer in the Headingley.

A few people might argue that Jack Leach should be picked in the squad ahead of Lyon because of his mighty performance in the Headingley miracle. But the Aussie off-spinner had tricks up his own sleeve, after a match winning 6-fer in Edgbaston, Lyon continued to chip in with both bat and ball throughout the whole series, bagging 20 wickets in the process.

Stuart Broad is always in the thick of the action (LatestlY)

While we promised to provide the best 11 of the series from both sides, but how can one not give a special mention to Stuart Broad when he was in such cracking form? Broad was a nightmare for David Warner and collectively all the left-handers in the series. The experienced campaigner dismissed Warner 7 times out of 10 in the series and ended up with 23 wickets in 5 matches, also completing a mammoth 100 Ashes wickets in this process.

In a series that has proven to give the thrills and spills that are expected in any hotly-contested battle between the familiar foes in the Ashes, the 2019 edition is certainly one that can stake a claim for being one of the modern-day classic battles after 2005 set the bar so high. Cricket fans all around the world witnessed greatness between these two giants of the game.

ATUL KUMAR MAURYA \ THE DRAWING BOARD