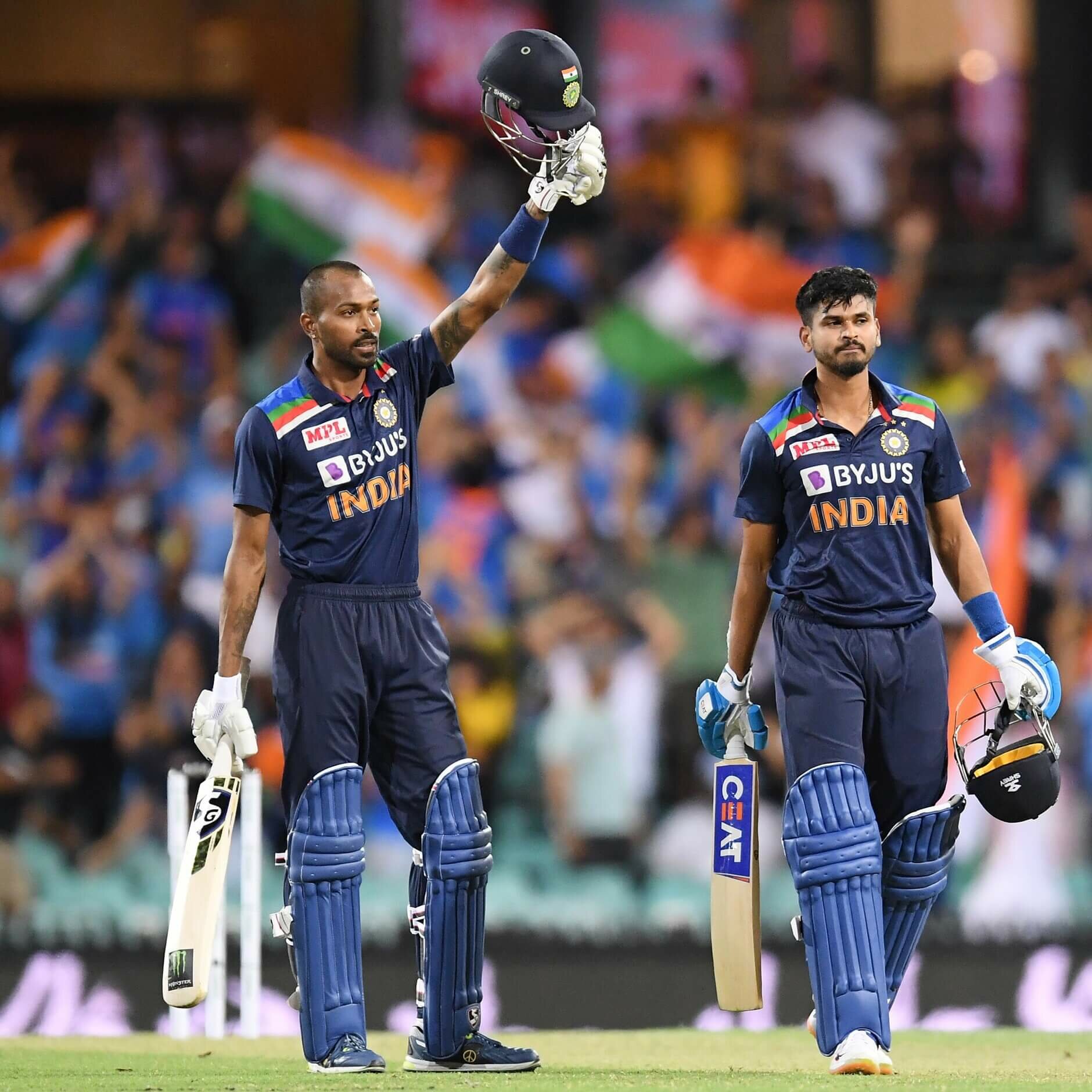 After India won the toss and put Australia to bat, it looked like the hosts were out on a mission. Losing the first game that they could have won quite easily on another day, the Aussies headed into this this one with vengeance and it showed from ball one. Big contributions from Matthew Wade and Steve Smith ensured that the hosts reached a big total but it was India who again came out on top to take an unassailable lead in the 3-match T20 series.

From the Aussie captain’s start to the Indian talismans’ finish, here are the hits and misses from the 2nd T20 at the Sydney Cricket Ground.

Whether it was Sanju Samson’s 10-ball 15 or Hardik Pandya’s 22-ball 42, each one under the circumstances of the chase proved to be fruitful for the team in blue. Shikhar Dhawan and KL Rahul were off to a flier after Andrew Tye overstepped and gave the former an opportunity to free his arms. Rahul fell on a slower one but the flow of runs did not stop.

Virat Kohli again looked in sublime touch and kept the scoreboard ticking in the middle overs alongside Dhawan, setting the platform for the big hitters. When the match started to slip away from India, Shreyas Iyer’s cameo and Pandya’s blitzkrieg ensured that none of that happened and India won the match with 2 balls to spare.

With the type of form Hardik Pandya has been in throughout the series, the Mumbaikar has shut up all his doubters in the most extravagant fashion.

Captain Wade led from the front

Australia might have lost the match but it does not take away the fact that Matthew Wade looked unstoppable on the pitch when he came out to open the batting with D’Arcy Short. The skipper for the day made his intentions clear from the first over, hitting Deepak Chahar for a boundary on the second ball of the over. Then he went after Washington Sundar, who is known to be economical in the powerplay overs. Wade paid no heed to this fact and hit the off-spinner left, right and center.

At one stage, it looked like that the left-hander will reach his hundred in 15 overs until he got out in the most bizarre fashion.

Despite this, he absolutely bossed it.

Playing just his 2nd T20 international game, Natarajan holds the composure of someone who has been playing at the biggest stage for years now. When every experienced bowler in the team was taken to the cleaners by the Australian batting line-up, Natarajan bowled with pinpoint accuracy and a wiliness that is rare, leaking just 20 runs for 2 wickets in his 4 overs.

The 29-year old varied his pace diligently and made the batsmen work for their runs. When last match’s hero, Yuzvendra Chahal was taken for plenty, at one point it seemed like Australia might even reach 220 in their 20 overs. But it was left-arm pacer who slowed down the flow of runs from his end, restricting the Aussies below 200.

Top find for the country.

Australia missed their top dogs with the ball

Apart from Mitchell Swepson, every Australian bowler looked a bit off from the offing. Definitely a pool of talented bowlers, the lack experience and the instincts to convert the performances on the biggest stages was evident. Both Daniel Sams and Andrew Tye were punished by the Indian batsmen and the single over from Glenn Maxwell proved to be too costly for the hosts.

The absences of Josh Hazlewood and Mitchell Starc in the side made a huge difference, a difference that eventually decided the outcome of a close game which could have swung to either side, given the pressure under which the Indian batsmen were in the last two overs.

It may have been a different story if Australia’s premier bowlers started the contest.

The elephant in the room: India’s fielding

India won the match in the end but there’s one thing that has been borderline poor throughout the tournament- India’s fielding. The skipper himself has dropped multiple catches and even one of the best in the world, Ravindra Jadeja dropped a sitter. The ground fielding either has not been at the brilliant best and these silly mistakes can be the margin between a win and a loss.

The Indian side will have to regroup and rethink what’s going wrong in the fielding department and will have to work on things before the start of the Test series to minimize these errors and capitalize on the smallest of opportunities.

The Indian bowling wasn’t any better than the Aussies

Despite getting Steve Smith out, it was still an off night for Yuzvendra Chahal

Natarajan was the only bright outcome of the bowling scorecard as every other bowler went for plenty from the start. The main reason behind the poor performance from the Indian lot was the lengths that they bowled. The pitch had good bounce and the Australian batsmen capitalized on it.

The Indian bowlers simply bowled a lot of short deliveries, which were dispatched with ease by the Aussies. Just like the hosts, India is also resting their prime pacers for the Test series but the young pacers need to step up in these crucial games to give a positive selection headache to Kohli.