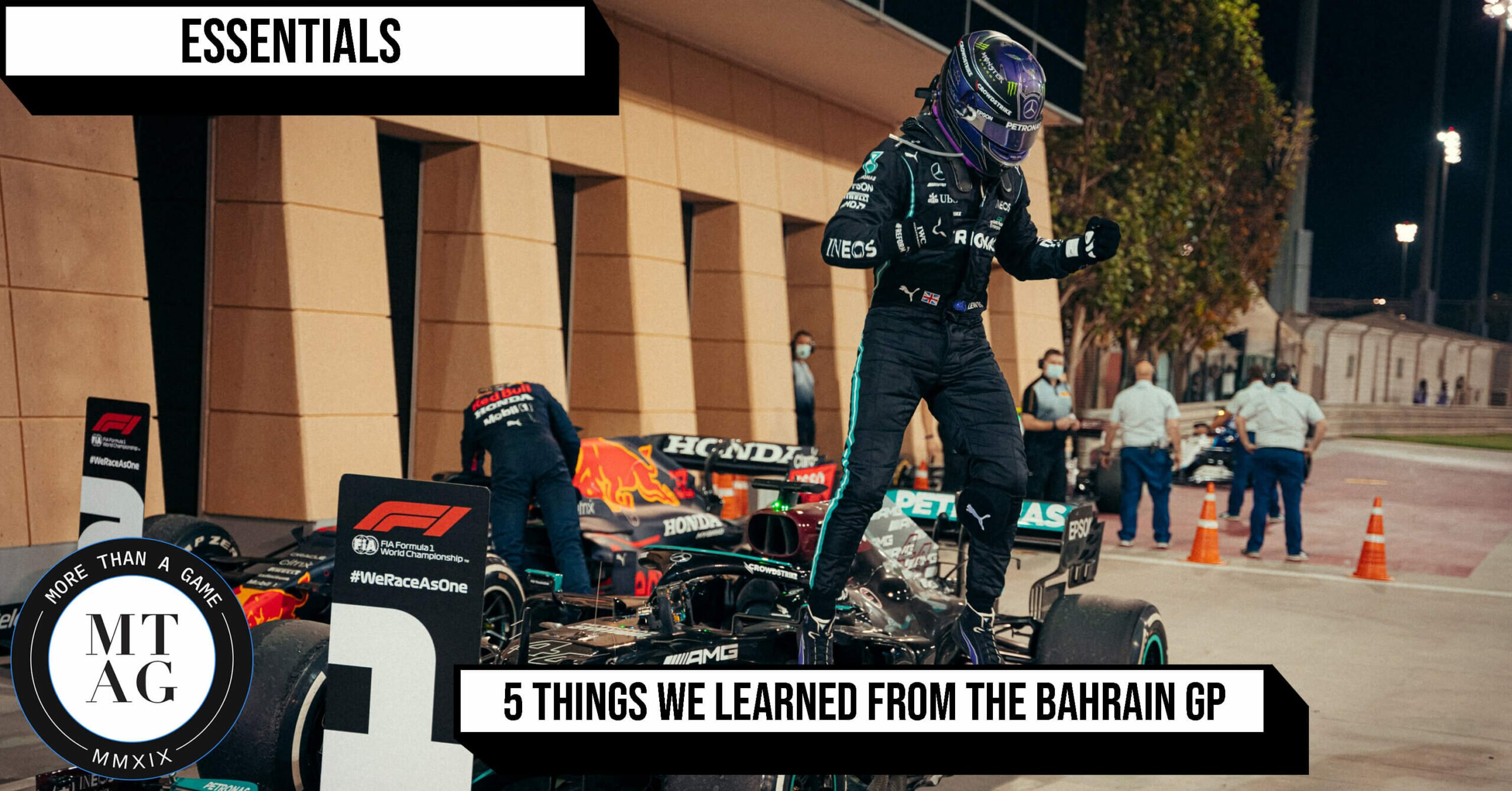 After more than 100 days, listening to the rendition of David Croft’s famous introduction “And it’s lights out and away we go” felt like music to the ears of all the Formula 1 fans as the 2021 season kickstarted in the Bahrain desert.

The season opener did not disappoint at all as there was drama right from the formation lap till the end of the race. Lewis Hamilton and Max Verstappen went toe-to-toe and put on a fine display of modern day racing and showed us what could be in store for this season. Here are the five things that we learned from an exhilarating Bahrain Grand Prix.

Over the last seven seasons, the Mercedes power unit has been utterly dominant in F1 which has led to the German team winning the constructors’ championship in each of those years. However, it looks like that their Japanese rivals have worked rigorously over the winter break to provide Red Bull with a chance of competing with the Silver Arrows.

While Max Verstappen may have missed out on a win by the slightest of margins, the Dutchman looked destined for victory after dominating both the practice and qualifying sessions over the entire weekend. While some of this could also be attributed to Red Bull’s high rake design and the impact of new, harder tyres from Pirelli, take nothing away from Honda and Red Bull.

Sergio Perez, who despite having troubles in the formation lap and starting the race from the pit lane, finished fifth on his debut and provided further evidence that the team has enough mettle in them to mount a real challenge for the Constructors’ Championship in 2021.

On Lap 39 when Max Verstappen pitted for fresher tyres, it looked fairly certain that he would catch up with Hamilton whose tyres were 10 laps older. But the Brit showed once again just why he is considered the greatest of all time.

Despite being at a tire and pace disadvantage to Verstappen, Hamilton defended his position brilliantly in the final five laps. The Red Bull driver did manage to get ahead on Lap 53 but in the process took all four wheels off the track and had to concede the position back to Mercedes.

From there on, Hamilton did not give Verstappen any chance whatsoever and managed the remaining laps with a certain composure to bring up his 95th race win. The great Murray Walker, who recently passed away, used to say, “catching is one thing, passing is another” and Hamilton provided a brilliant example of the same.

Lando Norris is the man

From one Brit to another, Lando Norris continues to impress everyone after finishing fourth in the first race of the season and picking some vital points for McLaren. When Daniel Ricciardo joined the team, there were a few who might have thought that the 21-year-old would end up becoming the so-called ‘number two’ driver of the team. However, any qualms of those have been thrashed out for now with Lando showing his qualities from the very start.

It might just be a little early to claim that Norris is currently the best driver of all the midfield teams, as a certain Charles Leclerc might have his say in that, but it looks very clear that he’s the man for McLaren at the moment.

Not a great start for the former World Champion(s)

The returning Fernando Alonso, who started ninth on the grid for the Alpine team, didn’t really have the comeback that he would’ve thought. After starting the race strongly, it felt like the Spaniard might end up finishing with some points for his team. However, a brake issue on Lap 34 led to the former World Champion retiring from the race.

On the other hand, Sebastian Vettel who was making his debut for the rebranded Aston Martin had a day to forget. After starting at the back of the grid due to a five-place penalty for a yellow flags infringement, the German never really got going. Things went from bad to worse when the former Ferrari driver collided with Esteban Ocon on Lap 44 and was further handed a 10-second time penalty which led to him eventually finishing 15th.

One would hope that there are better fortunes for both the former Champions going ahead in the season.

After all the troubles that Ferrari had endured in 2020, the Bahrain Grand Prix provided hope that the Prancing Horses might just be moving in the right direction. When qualifying ended on Saturday, it was a fact that the Italian outfit had retained the most speed amongst all the teams in 2021 as compared to 2020, after the change in aerodynamic rules.

However, it is still early days for the Ferrari and they’re far away from challenging for the Championship, though they’re expecting to be right in the thick of the midfield battle. With Charles Leclerc and Carlos Sainz finishing 6th and 8th respectively, the Tifosi would certainly be encouraged by what they saw.

If the opening race of the season was anything to go by, then we’re all set for a full-throttle rollercoaster ride in 2021. 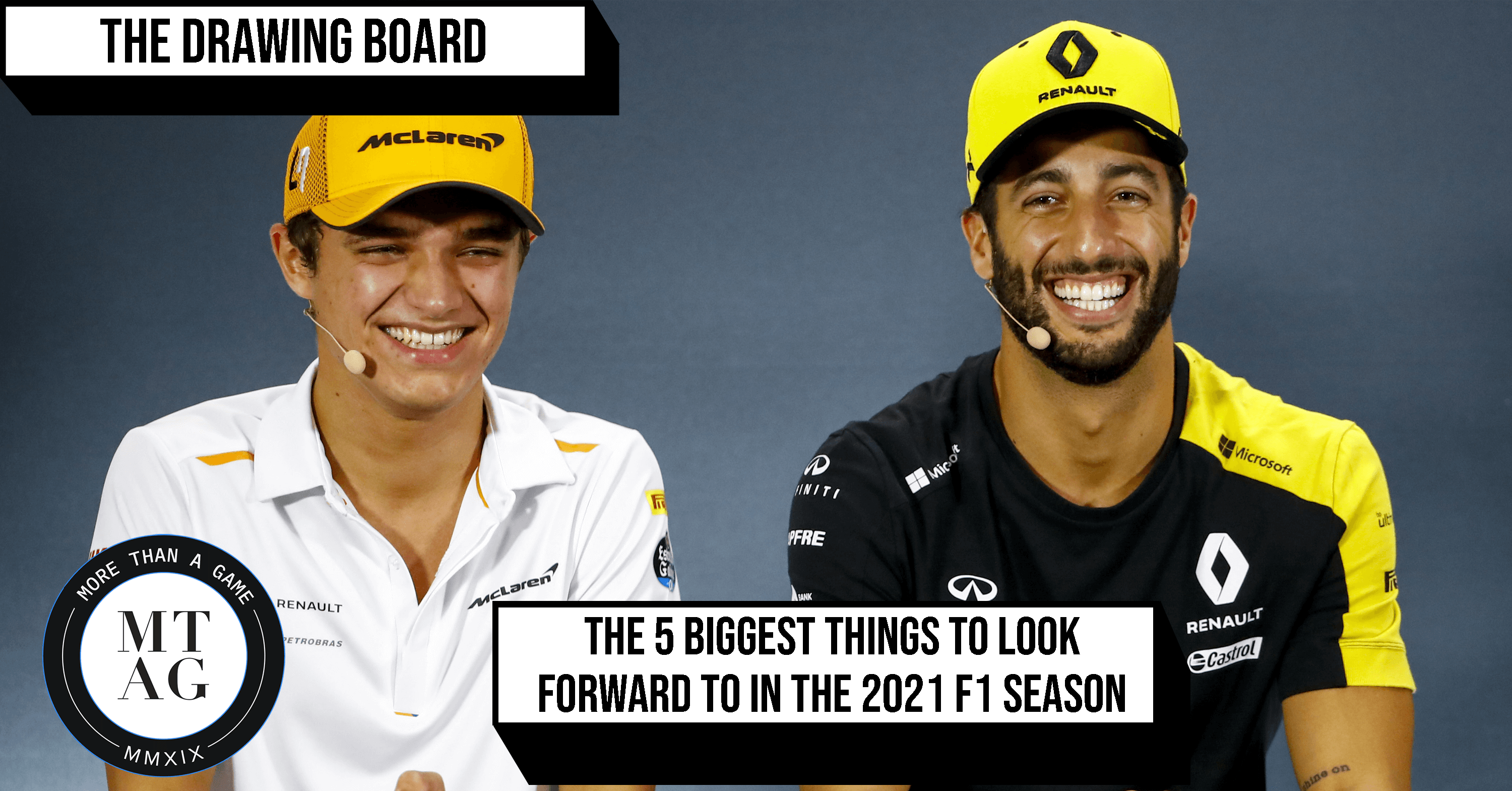