BARÇA AND REAL RACE TO THE TOP, ATLETI STRUGGLE AND MORE: THE LA LIGA ROUND-UP

LaLiga Santander resumed play after a 3-month long pause as the world reeled back due to the COVID-19 outbreak. The Spanish top-tier resumed with the Derbi Sevillano at the Sánchez Pizjuán with no crowd present, which has become the norm or the ‘new normal’ across Europe. Matchday 28 was a litmus test for all 20 teams as it tested their match fitness and sharpness after the break while also being a competitive round of matches with fates on the line.

Unsurprisingly, it was the 6-time Ballon D’or winner Lionel Messi who claimed the headlines as he scored once and assisted twice, putting the pressure on the chasing Real Madrid from early on. Los Blancos managed to keep up with the Blaugrana as Toni Kroos and Sergio Ramos powered Madrid to a 3-1 victory that reads much more comfortable than it was over the relegation-battling Eibar.

We take a look at the key points from matchday 28, as we inch towards a tight battle at the top and the bottom.

Messi and Barcelona return with a roar 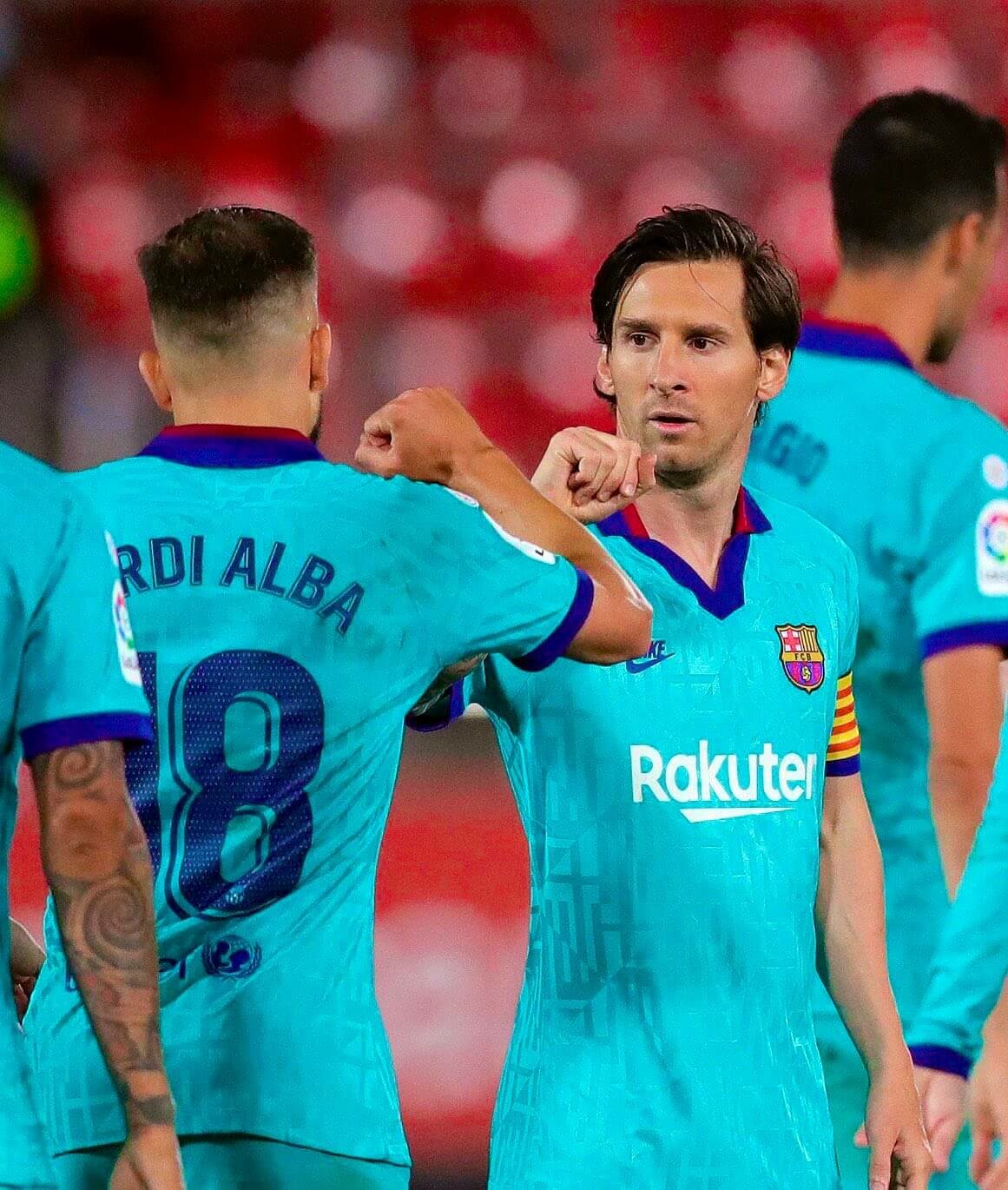 League leaders Barcelona came back as if they had never left as Arturo Vidal scored after just 65 seconds of play to remind Spain who the top dogs are. The second goal came at the hands, or rather the right foot of emergency signing Martin Braithwaite, who continues to impress and has shown he can be Barça’s backup striker if need be. La Masia graduate and Los Blancos loanee, Takefusa Kubo managed to create some noise in Barcelona’s final third in the first-half but was quickly suppressed by surprise starter, Ronald Araujo who deputized for the suspended Clement Lenglet and a still recovering Samuel Umtiti.

The good news for Quique Setién’s men was that all the players seemed sharp including the returning Luis Suárez. But as usual it was the brilliant Lionel Messi who impressed the most as he had another great night as he scored Barcelona’s fourth in injury time.

Los Blancos run out of steam

The first-half showed that Madrid were just as ready for the return to action as Barça were, but they slowly ran out of steam as the second 45 ensued. Los Merengues’ star performer was without a doubt Toni Kroos, who opened the scoring for Real with a spectacular finish into the top corner. He ran the game mostly from midfield but lacked help from 2018 Ballon d’Or winner, Luka Modrić as he failed to make as impressive a comeback as his impact was easily quietened by Sebastían Cristóforo in the middle of the park. All seemed well for Madrid at half-time as they dominated Eibar with a 3-0 lead, courtesy of goals from captain Ramos who started the move and scored a tap-in any striker would be proud of and Marcelo rifled in a ferocious strike.

However, Eibar came out a whole different outfit as Cristóforo and Edu Expósito ran proceedings and created multiple chances for the visitors’ frontmen who failed to capitalize all afternoon. Their only goal came after a shot deflected off of Pedro Bigas and squeezed itself between Courtois’ legs. Zinedine Zidane admitted in his post-match press conference that they were lucky to come away with the win and such complacency could hurt their title chances. Can you disagree with him?

Diego Simeone’s men went into the enforced break on a high, having knocked out defending champions, Liverpool from the Champions League Round of 16. However, they failed to make the same impression on the weekend as Atlético Madrid were put on the backfoot by a goal from Iker Muniain who latched onto a cutback from Yuri Berchiche and finished it first time with the outside of his foot. Atleti made a comeback within 4 minutes as Diego Costa scored after Koke set him up with a delightful through ball, but that ended up being their only major chance in the game as Bilbao kept the Madrid team at bay. The draw further deepened Simeone’s worries as they sit in 6th place, five points behind Sevilla who continue to stay in the 3rd Champions League spot. Atleti succumbed to their 4th draw in the last 5 games and have to face Barcelona and Getafe away from home in this final run of games.

FC Barcelona’s much weaker neighbours have been fighting an uphill battle ever since a Chinese takeover threw them into a fray of questionable financial and transfer decisions. Espanyol have been at the bottom of the table for almost the whole season as they had a very brittle and uneven squad to start with that didn’t improve with the January transfer window as another flurry of poor decisions meant the club didn’t acquire the required backup and are being forced to use their youth players instead. However, the enforced break could be a blessing in disguise for Los Periquitos as they returned with a win against a relatively safer Deportivo Alavés who sit 7 points off the relegation zone.

While Espanyol was helped by Alavés keeper, Fernando Pacheco’s red card in the 20th minute for handling the ball outside the box, the Catalan team had dominated the entire game barely letting Alavés get a shot off. This win brings them level with Leganés who face league leaders Barcelona and are just 2 points behind Mallorca who face Villareal at the Estadio de la Cerámica. The relegation battle is set for a sprint to the finish line as only 4 points separate the bottom 6.

The 2019/20 season for Real Betis will go down in history as one of the most disappointing campaigns of all time. The pre-season had LaLiga fans speculating how well the Verdiblanco side of Seville can do with experts expecting Betis to be in the top 4 and even challenge Atletico for the top 3. This sort of confidence came to the club after the transfers made after the sacking of Quique Setién. They had mustered a squad consisting of a couple of top-drawer players such as Nabil Fekir, William Carvalho, Marc Bartra and Sergio Canales. However, Real Betis absolutely failed to make an impact as they lie in a lowly 13th place. The players only seem to turn up against top dogs like Barcelona, and the two Madrid clubs. The horrifying performance continued after the COVID-19 enforced break as Los Verdiblancos put up a toothless performance against a far from perfect Sevilla in the Derbi Sevillano, going down by 2 goals to nil.

Both the goals that Betis conceded were down to defensive errors from Sidnei and Guido Rodrigues, while they struggled offensively as well. They only managed a measly single shot on-target as Borja Iglesias seemed out of sorts yet again.

Matchday 29 gets underway on Tuesday night with Espanyol taking on Getafe at the Coliseum Alfonso Pérez, and Leganés visiting the league leaders at the Camp Nou. The race will continue to the finish line at the top and the bottom. 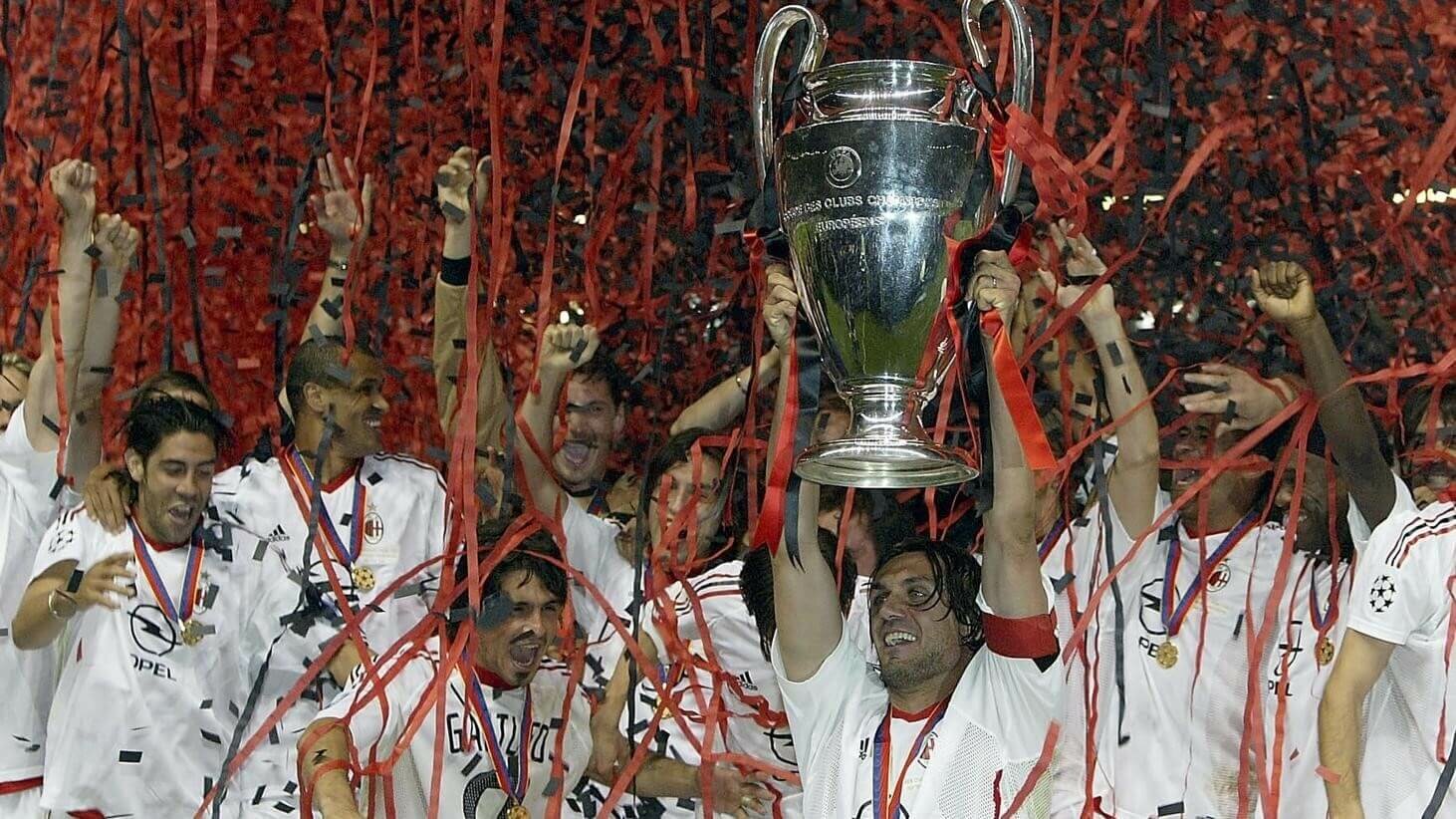 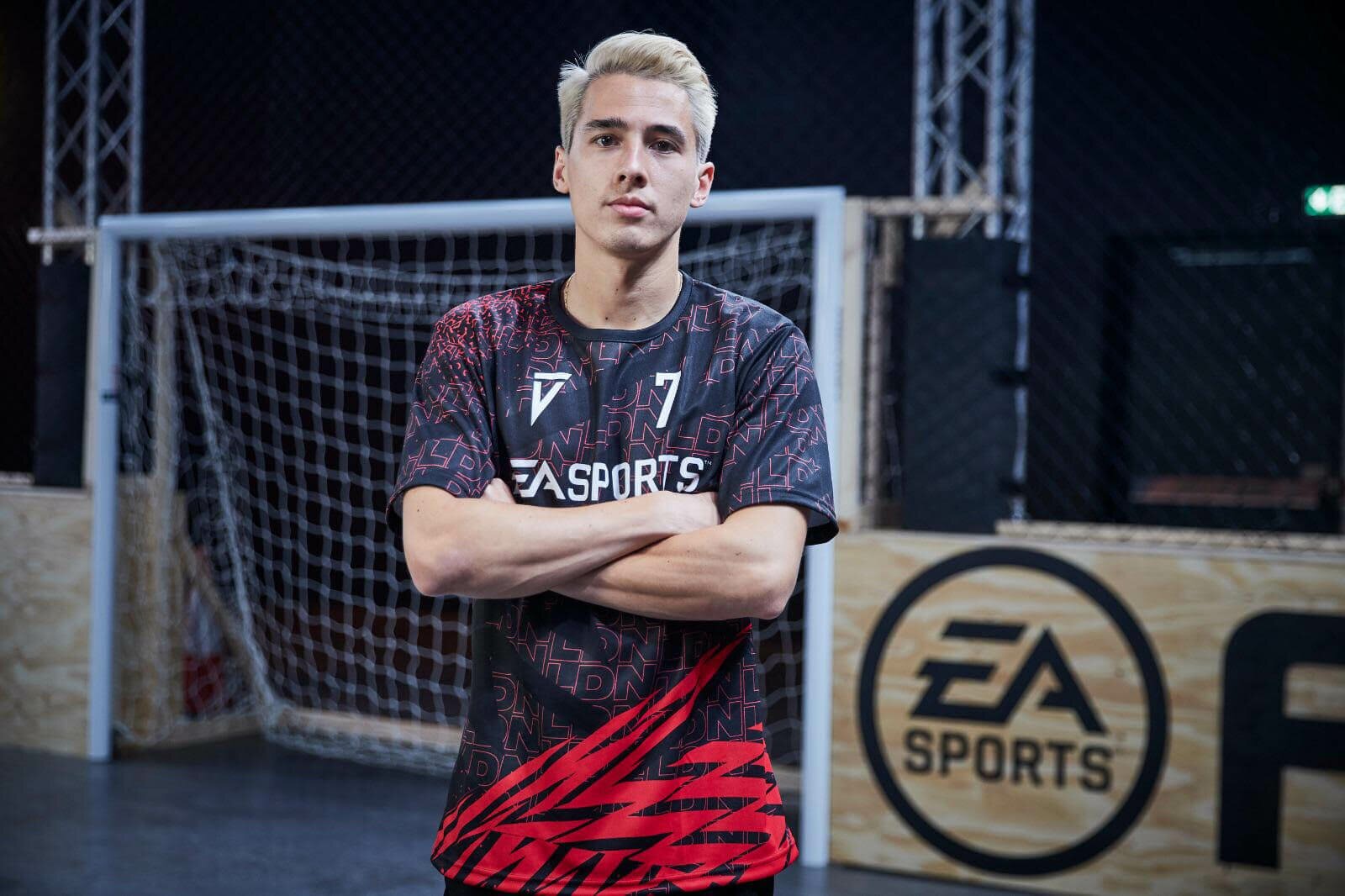 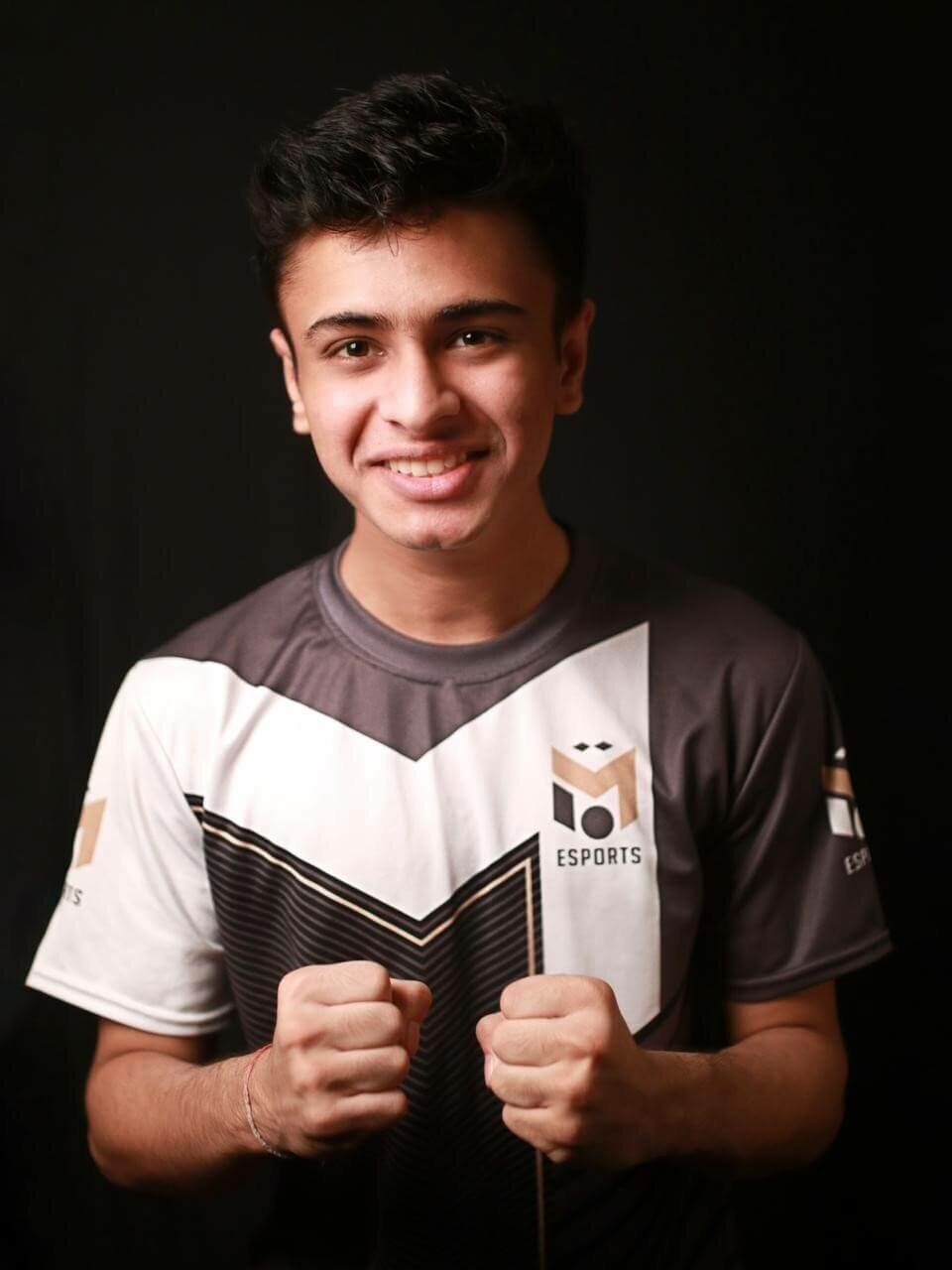