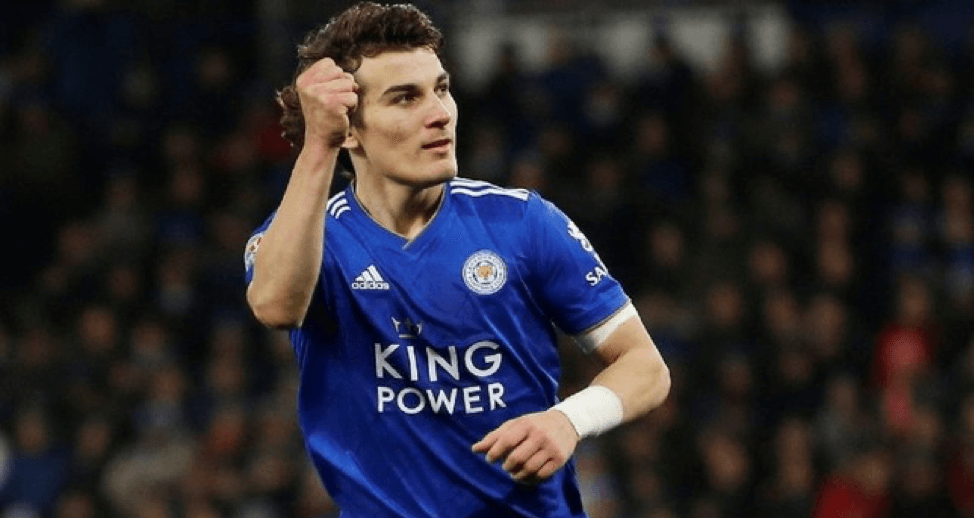 After their fairytale season in 2015/16, Leicester City fans were supposed to get sucked into the black hole of an undercooked and unrealized pipe dream after selling the core of their setup- N’Golo Kanté and Danny Drinkwater to Chelsea straightaway and Riyad Mahrez eventually leaving the Foxes for the Citizens in 2018. Instead of groveling and falling by the wayside, the Foxes put their nose to the grindstone and pedal to the metal and as things stand, the men at the helm of the East Midlands club seem to be on a mission to defy and absolutely destroy all odds that are thrown their way.

Going from strength to strength since losing said core, Leicester have made some brilliant signings in James Maddison, Youri Tielemans, Ricardo Pereira, and the boisterous Çağlar Söyüncü who will be going under the microscope today.

Replacing Harry Maguire was always going to be a gargantuan task for the Foxes. Until then, the Englishman had proven himself as one of the best centre-backs on the British Isles, and one of Leicester’s leaders, winning their Player of the Year and Player’s Player of the Year awards for his contribution to their incredibly effective defensive block. Losing him to Manchester United for £80 million came as a surprise to no one, yet as a blow to the young side.

Enter Söyüncü. The 23-year-old Turk, signed from FC Freiburg and having been called up to represent his country since the age of 19, is built like a tank, yet showcases the grace of a ballerina on the ball. The youngster is said to have modelled his game after legendary defender Carles Puyol, and it shows. Ambidextrous and capable of pinging long balls across the pitch, Söyüncü pulls no figurative punches as he lunges into tackles cleaner than a surgical incision, coming out unscathed and with the ball. Combine that with great reading of the game and a tight, restless, predatory approach to man-marking and you’ve got one of the Premier League’s standout central defenders at your disposal.

After all, Söyüncü is at the heart of a Foxes backline that have the joint-best defensive record with Sheffield United in the league, conceding an impressive 8 goals from 11 matches. The Turkish international’s sensational displays are certainly not going under the radar with one of English football’s finest defenders in Martin Keown showering Söyüncü with praise after his Man of the Match showing against Crystal Palace on Sunday.

“He is only 23 but Söyüncü looks like a defender who is made for the demands of the modern game- agile, aggressive and good in the air, but also brave on the ball. On the ground, he gets in the faces of the attackers and he also never panics when he is in possession. Whatever situation he is in, he never really looks troubled to me.”

Despite the waves he’s made on the pitch this season, Söyüncü’s resilience is perhaps his most impressive feat. Signed from what looks like a measly £19 million pounds last campaign, he was behind the rock-solid duo of Evans and Maguire and the odds were stacked against him to ever stake his place in the Leicester back four.

While the England international’s departure may have given him the stage to shine, the fact that Leicester supporters can chant “Harry Maguire, we don’t need you” is testament to how far the Turk has come. It may seem like pure talent on the surface, but the ice-cold mentality and incessant hard graft is what leads to success stories such as Söyüncü’s, regardless of the field of life.

However, Söyüncü like even the best in the game, has his flaws. Although pacey himself, he often loses out to experienced speed merchants like Mohamed Salah or Pierre-Emerick Aubameyang in a foot-race, an aspect he must improve as the Premier League boasts of having an embarrassment of riches in terms of the most lightning quick forwards in the world. Apart from this, he also needs to work on his positioning, as he has needed to recover from over-enthusiastically venturing out too far forward in search of the ball-winning tackle or interception. Also, talk eventually comes of his leap and heading, as he is and will be required, going ahead, to be more commanding in the Foxes’ backline.

The kid from Izmir has a lot riding on his shoulders and he’s keeping up with the rest of the league’s best quite capably. In fact, this is evidence to how good Leicester have come on their promise to develop youngsters and deliver a great footballing experience to their fans, neutrals and cynics alike. Jamie Vardy and Maddison have been on fire, Wilfried Ndidi looks as solid as he’s ever been, and it looks like the Midlands club will challenge the top 4 to an interesting battle come April. And you can expect Çağlar Söyüncü to be in the thick of it. Figuratively and literally.