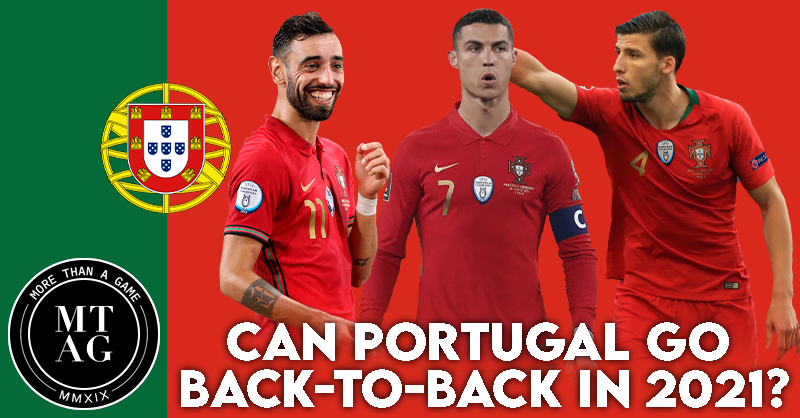 July 10, 2016, 10:18 PM. The clocks froze as Eder’s shot streaked across the Stade de France turf, beyond a desperate Hugo Lloris and into the back of the net. With a 1-0 win in the backyard of the overwhelming favorites, Portugal had just done to France what Greece had done to them 12 years prior, exorcising the ghosts of that final to be crowned champions of Europe for the first time in their history.

5 years after righting the wrongs of its previous golden generation, another squad bursting at the seams with talent takes the field to avoid the fate of the Class of 2004. But above all, to keep their hands on the Henri Delaunay Trophy.

A backline that’s capable of the rough with the smooth

They say defence wins you titles and Portugal’s is one of the best in the business. The centre-back pairing represents the best of new and old school – they don’t come much better than Rúben Dias at the moment, with his deceptive elegance and dominance perfectly offsetting the hard-as-nails Pepe, whose resurgence with Porto this season couldn’t have come at a better time.

In João Cancelo, they have the most complete full-back in the game, with the attack-minded Raphaël Guerreiro and Nuno Mendes set to compete for the left-back spot. The reliable if not spectacular Rui Patrício will lend his consistency and composure between the posts, as he has done for the past decade.

But as we know, the game isn’t won on paper and the Seleção backline is a sum much greater than its considerable parts. Fernando Santos is a tough taskmaster who has built a team no one wants to face, as evidenced by their record of just 9 goals conceded in 13 games en route Euros and Nations League glory.

Solid is the word you’re looking for.

Variety is the spice of Portugal’s midfield

One area where the Portuguese are a cut above the rest is the options in the middle of the park. Santos has a remarkably versatile roster of metronomes, each with a unique skillset to tilt games in his favour.

Does he play a double pivot of William Carvalho and João Moutinho? Or let someone like a Rúben Neves distribute from deep while the likes of Renato Sanches and Sérgio Oliveira push further forward?

Whichever route he goes down, you would think that at least two spots in midfield are nailed on. Having gone toe-to-toe on the opposite sides of a fierce Manchester divide over the past 18 months, Bruno Fernandes and Bernardo Silva must now find a way to work together – something they have already shown glimpses of.

Silva has morphed from the silky winger who arrived from Monaco into a boisterous, industrious midfielder who, unlike so many who possess his technique and poise, is not a passenger. Far from it actually.

His work rate provides the perfect foil for Fernandes, someone whose monstrous output is a by-product of the license to take risks on the ball. While Bruno has often missed Silva’s terrier-like presence alongside him at United, Bernardo knows all too well what a combination like theirs can bring to the table – just ask Kevin De Bruyne.

An attack fronted by gamechangers beyond Cristiano Ronaldo

Back in 2016, one of the reasons Portugal won just a solitary game in normal time was their lack of attacking firepower minus a certain Cristiano Ronaldo. The skipper’s supporting cast consisted mainly of an ageing Luís Nani and Ricardo Quaresma, both brilliant in their own right, but hardly a pair who’d send shivers down the spine of opposition defences, considering the stages of their careers they were back then. While he himself is no spring chicken at 36, CR7 is now joined in attack by heavy-hitters worth boarding the hype train for.

Diogo Jota and André Silva bagged goals at a prolific rate this season, and João Félix truly came of age in Atletico Madrid’s La Liga-winning run after initial struggles last year, embracing Diego Simeone’s vision to transform him into a dangerous link man who has the license to roam behind more out-and-out goalscorers.

While Ángel Correa did replace his presence alongside Luis Suárez in their two-pronged attack, there is no denying how special this lad is.

And who better in the goalscorer category than Ronaldo himself? No one would’ve been happier to lift the trophy last time ‘round than this squad’s sole survivor from 2004, but having been forced off due to injury in the final, one knows he would’ve preferred to win it on his own terms, out in the middle rather than gesticulating from the sidelines.

This will be the nation’s highest scoring, most capped and greatest footballer’s last chance to do so. And if he scores 7 goals at the Euros, which you wouldn’t put past one of the game’s greatest, Cristiano can beat Ali Daei’s longstanding record of 109 international goals.

If you’re a centre-back and you’re not having nightmares before squaring up against this frontline, you’re a very brave man.

Not just a year wiser but so much better

Portugal have benefited more than most with the postponement of the Euro 2020 with several key members of their squad enjoying stellar campaigns over the past 12 months. Strong sophomore seasons for Cancelo, Sanches and Félix at their respective clubs, the rapid ascent of Dias and Fernandes that sees them as potentially the best in the world in their respective positions and the emergence new kids on the block like Mendes – it feels like the pieces of the puzzle are coming together for the Portuguese.

And with the lessons from the past, you can bet there will be no room for complacency among this bunch.

They say to be the best, you have to beat the best. The defending champions will have to do that from the off, drawn alongside France, Germany and Hungary in the Group of Death. The game against the French will be of particular interest, given how it not only is a replay of the last final, but could be a dress rehearsal for this, should things play out in a certain way.

An embarrassment of riches within the squad, a coach that has the winning mentality with the record to match it and the desire to join the pantheon of the greatest national teams in the sport’s history. If everything clicks, even Europe’s finest will struggle to stop this Portugal team making it back-to-back continental championships. 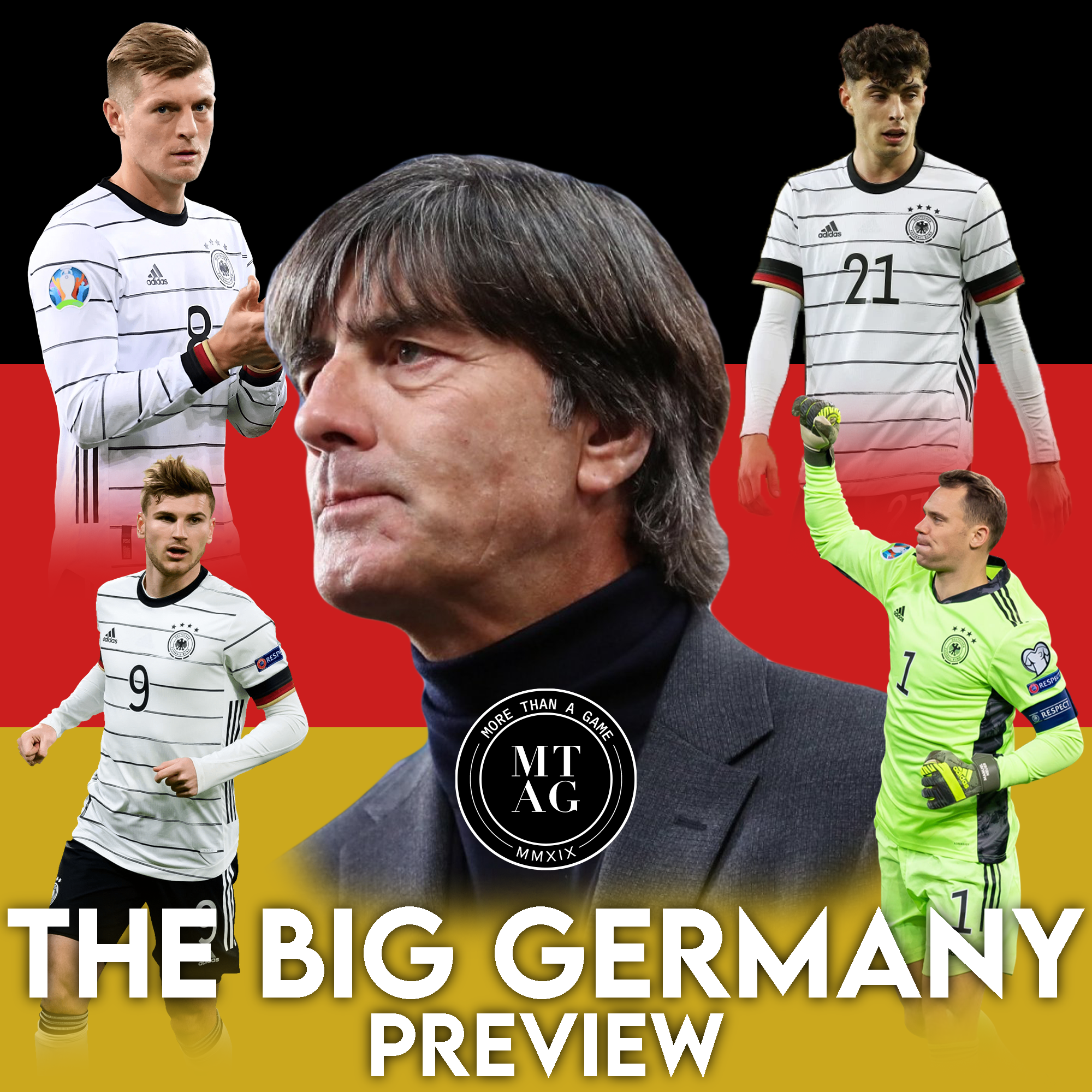 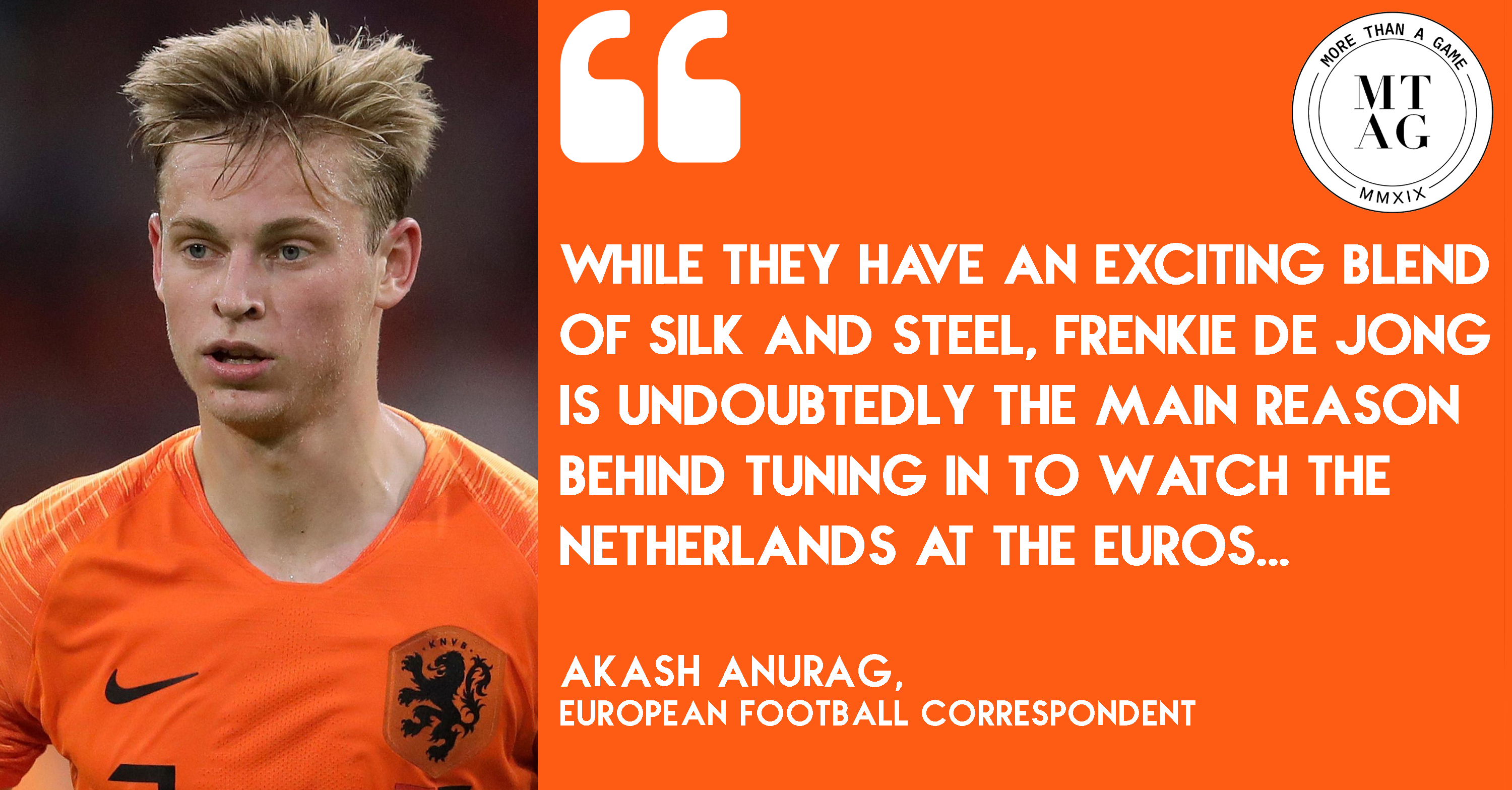 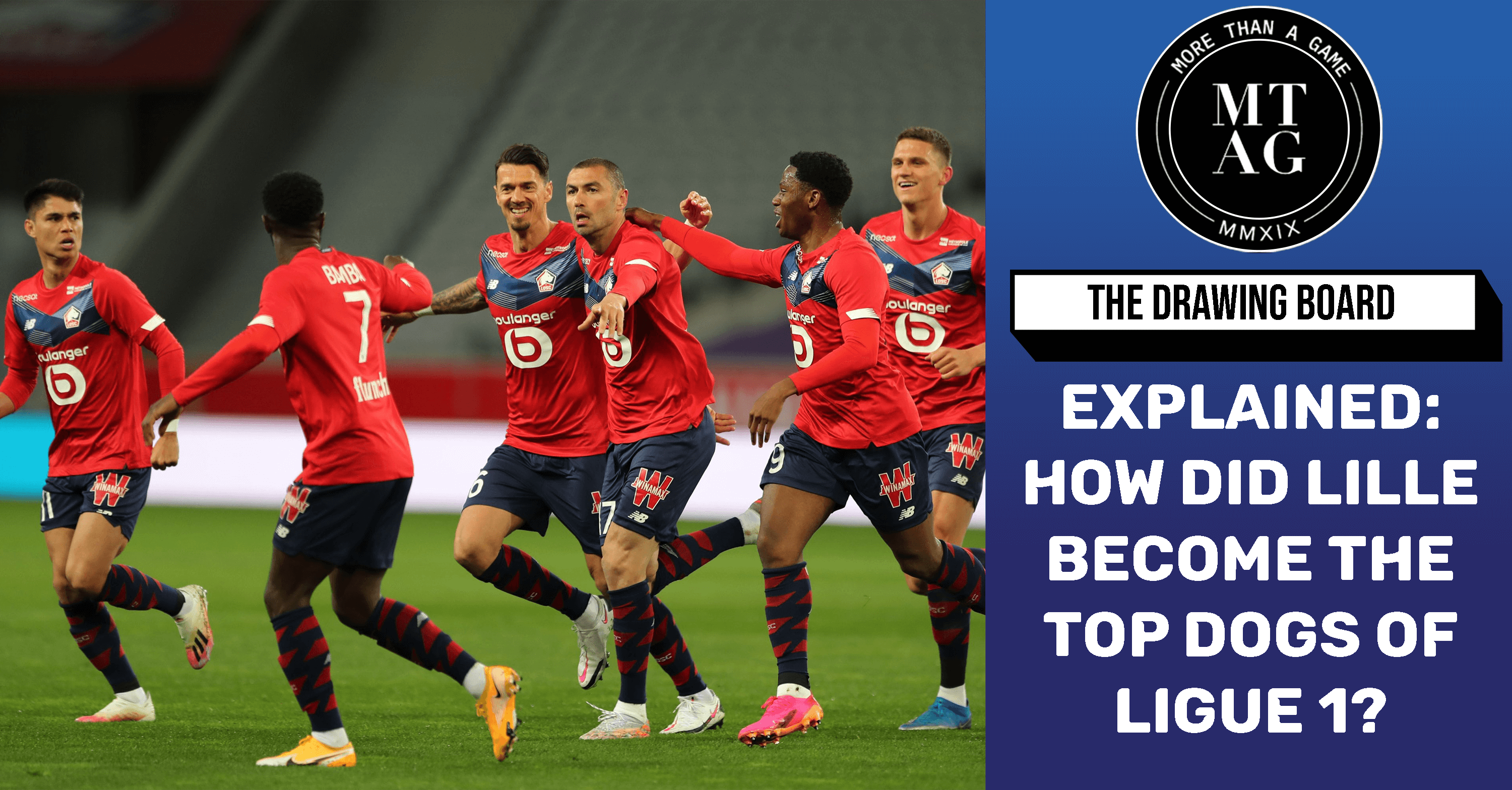