DOES LOSING RAMOS MEAN LOSING TO LIVERPOOL FOR MADRID? 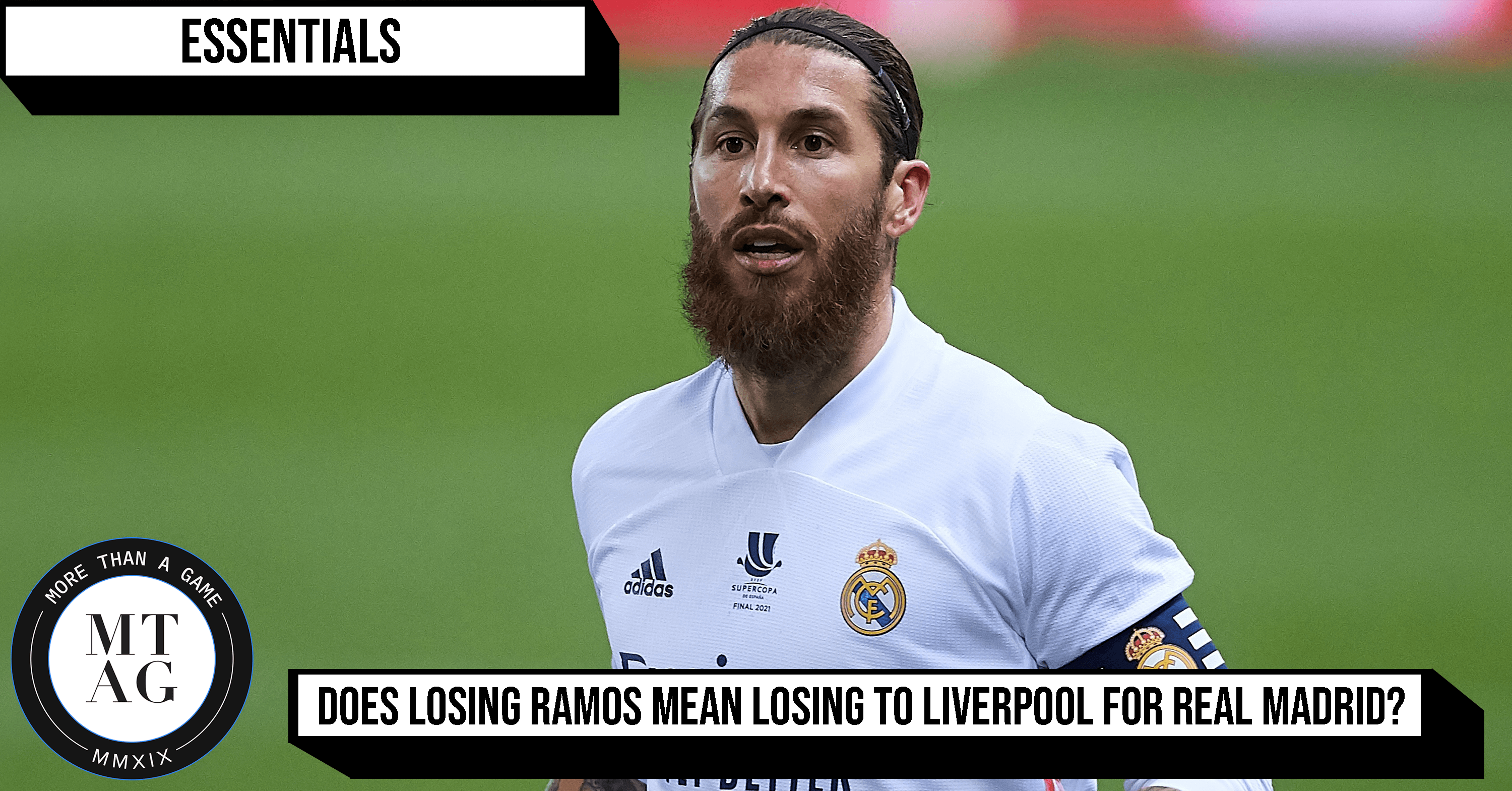 On 1st April 2021, all Real Madrid fans around the world heard the news that they wished was just an April Fool’s joke. Sergio Ramos posted a heartfelt message on Instagram to all his fans, informing them about his latest calf injury.

This wasn’t something new for Madridistas to hear this season. After all, this was Real Madrid’s 50th injury of the season- they’ve heard it all.

At this point, who needs Cristiano Ronaldo to break records, right?

This means Madrid have had more injuries (50) than the number of goals scored this season (49). There are so many more ridiculous stats when discussing Los Blancos’ injury woes but I’ll leave it at just the one.

There couldn’t be a worse time to get injured

Still, this makes for frustrating reading. April is Madrid’s make-or-break month and results against Liverpool and Barcelona this month will define their runs in the Champions League and La Liga. For those that work corporate jobs, consider April as Los Merengues’ biggest appraisal of 2021 and you’re already in panic mode.

Keeping that aside, large sections of the fanbase questioned Ramos’ decision to go and play with the national team right after recovering from injury. The Real Madrid skipper did not play against Celta Vigo right before the international break because of a “discomfort” and yet he was apparently fit enough to travel with Spain, where he eventually ended up playing only about 50 minutes across three matches. Beats me.

Sure, this ended up taking him to 180 international appearances, moving him 4th behind the all-time record, chasing records coming at the sake of Real’s campaign when it’s crunch time is far from ideal.

History is the greatest teacher and without Ramos, Real Madrid are it’s worst students

All fixtures aside, Real Madrid fans are the most worried about the prospect of facing Liverpool without Ramos for obvious reasons. You can’t blame them either – the past is only a reflection of how poor the team plays without possibly the most clutch defender in the the competition’s history. To provide some perspective, the last time Madrid got knocked out of Europe’s most elite competition with Sergio in the starting XI was back in 2014-15. Let that sink in.

Hell, Zidane has never ever been knocked out of the Champions League as a manager with Ramos in his line-up.

It’s not just Ramos’ defending that Real Madrid miss, it’s his leadership, his press resistance, his inch-perfect switches of play and his sheer desire to be on the scoresheet somehow. If there’s a footballer that is defined by the intangibles, it indeed is Sergio Ramos Garcia.

Let’s have a look at the past two seasons. Last season, after Ramos got sent off in the 1st leg, Madrid got battered by Manchester City, a team that suffocate you with their incessant pressing. Zizou’s troops simply could not cope with City’s press and this is what eventually decided the game. Varane desperately needed his captain by his side and without him, ended up making the two mistakes that were too costly to recover from.

In 2018-19 again, a Real Madrid side without Ramos fell to the sword of the-then dark horses, Ajax. Though Madrid came back to the Santiago Bernabeu in the 2nd leg with a healthy lead of 1 goal (and 2 away goals), there were so many questions thrown at the team without the man with all the answers.

Even in the 2017-18 campaign, when Real Madrid played against Juventus in the quarters, they let slip an enormous 0-3 lead, conceding the same amount at home and eventually being saved by Ronaldo’s stoppage time penalty. Needless to say, was not playing in the 2nd leg.

This season has not been too different. Although Nacho has filled in reliably, even thought bigger tests await, Varane has again seemed slightly unsteady without the Real Madrid talisman by his side. The Champions League game against Shakhtar Donetsk comes to mind, where the lack of leadership and disconnect between the Frenchman and Nacho ended up being key factors behind the 2-0 defeat against the Ukrainian outfit.

Despite succumbing to multiple injuries, Ramos has, in fact, come up big at clutch moments this season as well. He was a key figure in the 1-3 El Clasico win back in October. His goalscoring aside, the Real Madrid captain has contributed enormously in defence as well and to say he is going to be a big miss is a massive understatement.

If there’s a time to play Madrid, it’s now

These stats and past results really make you wonder how Madrid could easily fall apart against Liverpool, a team which is not only extremely talented, but hunt you down like wolves and score goals for fun. Klopp will know there’s no better time to play Madrid.

The German gaffer would have surely taken note of the Sky Blues’ gameplan against Los Blancos last season and would certainly use the likes of Roberto Firmino, Mo Salah, Sadio Mane and of course, Diogo Jota as well now to put constant pressure on Varane, Nacho and Mendy.

Back when Marcelo was at his best, the press-resistant trio of the Brazilian, Ramos and Kroos would dominate the left side of the pitch, playing safely and smartly out of the back. With Mendy replacing Marcelo and Nacho coming in place of Ramos, the Reds could cause mayhem on the left side and Madrid would be smart to rely more on the right side of the pitch to get the ball moving.

Crosses and set pieces are likely to play a vital role in Real’s attacking tactics. Putting the ball into the box has been one of Zidane’s favourite attacking ploys since the day he started took charge at the club. With Liverpool still playing without van Dijk, Gomez and Matip, set pieces could be a viable source of goals for Madrid. ‘

Liverpool’s xGA (Expected Goals Against) through set pieces has increased to 2.78 this season from 2.03 last season. There’s no doubt, the injuries have played a part. With that being said, someone like Nat Phillips is a beast in the air.

And also, luckily for Liverpool, Ramos’ injury means Madrid’s threat in the air reduces by a long stretch.

Sergio Ramos and epic headers in the Champions League. You know how it goes.

Varane and Nacho have been unable to replace the Spaniard’s aerial dominance. While Ramos’ partner-in-crime is usually brilliant at reaching the ball in the air, his ability to put the ball in the back of the net requires work – Nacho, on the other hand is quite the opposite.

Overall, this is going to be a tall task for Real Madrid. Madrid fans would hope that Salah & Co. maintain their recent unsuccessful form in front of goal and that Liverpool’s inexperienced backline can do Real Madrid favors again. CC: Loris Karius.

There is no surprise that the betting odds changed on 1st April, underlying the captain’s significance.

No Ramos, no party? Keep your eyes peeled for this one. 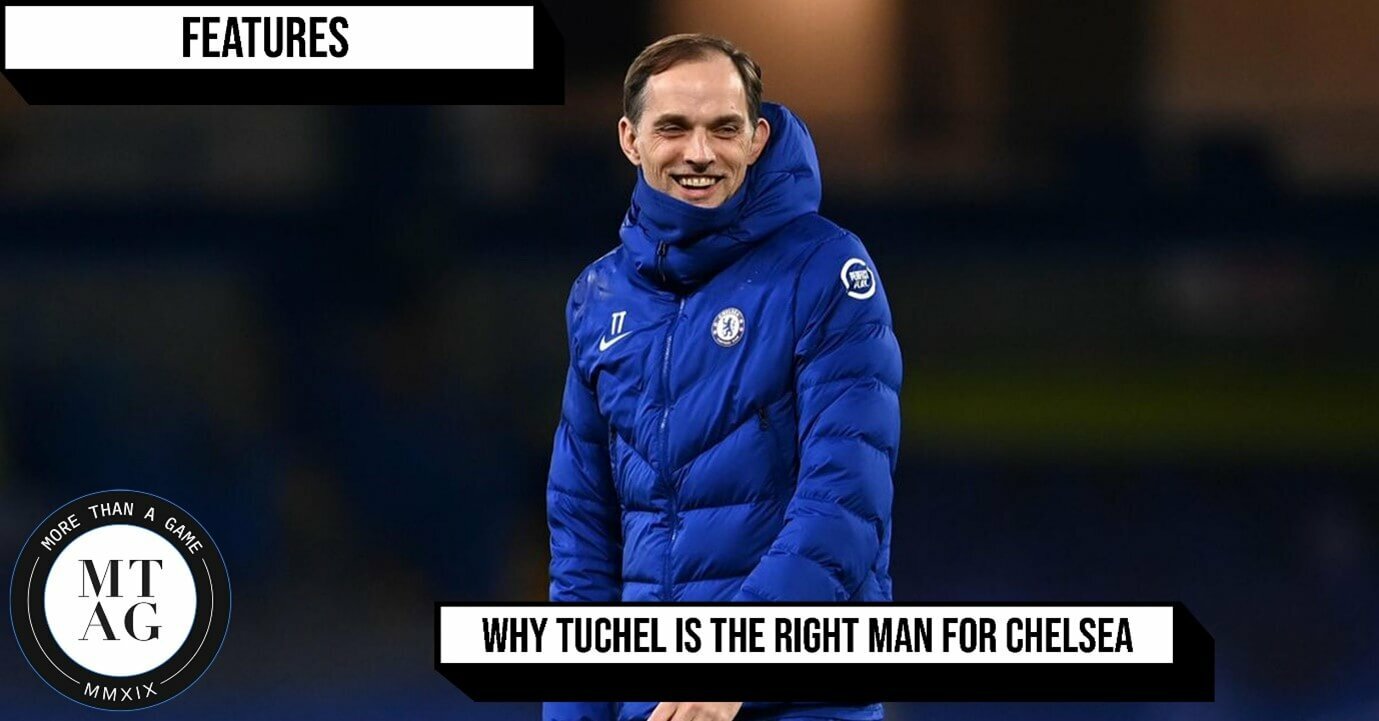