ENGLAND VS CROATIA: 3 THINGS WE LEARNED 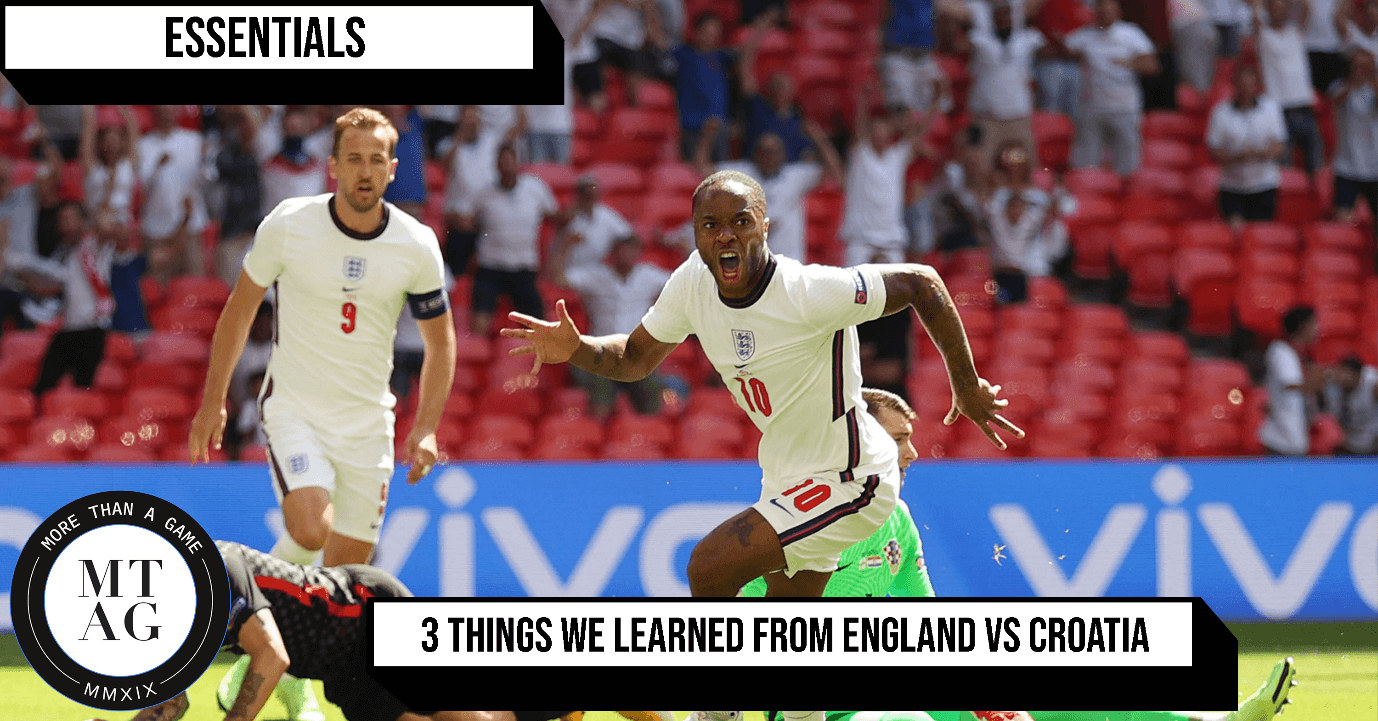 England have ticked off step 1 to making sure football is coming home as a Raheem Sterling winner was enough to shrug off Croatia. Despite the Croats having a midfield most nations would envy, ultimately, they couldn’t lay a finger on the Three Lions.

We look at the 3 things we learned from what was ultimately an uninspiring contest but one to cherish if you’re a Three Lions fan.

Kalvin Phillips: Man of The Match

It’s really that easy. Kalvin Phillips was easily the standout player on the pitch as he bossed the game and was simply everywhere. The Leeds midfielder showed brilliant drive in the midfield, contributing equally in both attack and defence.

7 ball recoveries, 44 touches and 94% ball accuracy. And an assist to top things off.

The Yorkshire Pirlo was available for Walker’s quality pass to break the lines and dribbled past two Croatian defenders to find Raheem Sterling inside the box, who converted it comfortably past Dominlk Livakovic.

Philips was sublime throughout the game and rarely put a foot wrong, bullying a Croatian midfield of seasoned superstars.

Playing in the second division a year ago, Kalvin Philips has well and truly arrived at the biggest stage of the game and is set to be the first name on the teamsheet at Wembley again.

Croatia left their best selves in 2018

A group D opening game to forget for Croatia. Playing a 4-3-3 that surprisingly edged England out on possession in the 2nd half, they haven’t been the workhorses bunch that will cover every blade of grass on both ends of the pitch at the 2018 World Cup to make life hell for the opposition.

The red and white had threatning spells like a cat’s meow in front of the Three Lions. Pickford might as well have stayed in the hotel with Croatia’s lack of attacking ideas as Croatia looked lost at Wembley.

The unreal midfield of Modric, Kovacic and Brozovic lacked any bite on the day and performances as poor as these and the Scottish leapfrog them without breaking a sweat.

Whatever said and done, Raheem Sterling is a matchwinner

Friday, MBE. Sunday, Matchwinner. If you’re looking for a dream long weekend, look no further than the 3 days Raheem Sterling has had.

After social media exploded, seeing England’s No.10’s name chalked on the line-up after what has been a season to forget, Sterling reminded them that cream always rises to the top. Much like a Mo Salah, the Premier League champion can be a scrappy watch, as he was the 1st half just to come up with the goods in the 2nd.

Gareth Southgate made a big call too many on the evening but banking on Sterling paid him back in dividends as beyond the finish, his excellent movement is what pushed Three Lions to bypass that deep block for once.

You can have the likes of mesmeric widemen like Jack Grealish and Phil Foden but Raheem Sterling’s off-the-ball movement and unstoppable pace gets him the numbers for a reason.

And against low blocks, to not play a runner is blasphemous.