IPL FINAL: WHERE THE GAME WAS WON AND LOST 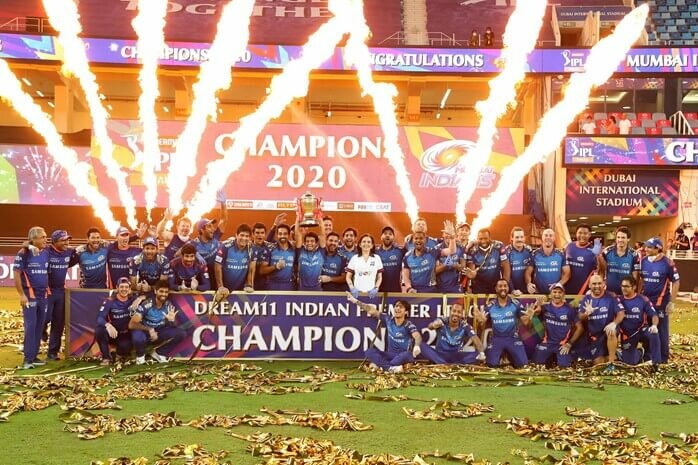 After all the doom and gloom of 2020 building up to the cricket’s annual blockbuster event, all eyes were on the Dubai International Stadium for the biggest match of the IPL- the final in all of its glory. Delhi Capitals, playing their first ever final after huffing and puffing through the 13 years of the tournament were looking to make it one step further. On the other hand, 4-time champions Mumbai Indians were looking for their 5th IPL title, trying to make it two in a row in the process. The IPL’s Real Madrid if you will.

Everyone expected the encounter between the defending champions and the debut finalists to be a thrilling one but unfortunately, it ended in a similar fashion to the other 3 matches between the two sides played this campaign. A Mumbai masterclass ensued once again as they beat Delhi by 5 wickets, clinched the trophy and have an extremely strong case to make for themselves for being the greatest ever T20 side the game has ever seen. So, all in all, it was business as usual for Rohit Sharma and his troops.

In a final where one hoped for a contest worthy of the occasion, here is where the game was won and lost.

Trent Boult, who sustained a groin strain while playing in the first qualifier was uncertain to start this match. It was a big decision for the Mumbai Indians about whether to go with him or bring back James Pattinson to the roster. However, they decided to go forward with the New Zealand talisman and he did not disappoint.

The DC opening pair of Marcus Stoinis and Shikhar Dhawan, who stole the headlines against the Sunrisers in blistering fashion were again looking to turn up the heat and make it count when it counted the most. But Boult had other ideas. The Kiwi pacer bowled a corker of a delivery first up, angled across Stoinis and kept rising after pitching. The Australian had no answer to that and the Capitals were one down in a flash. Ajinkya Rahane later threw his wicket away to a rather lose one down the leg side and Boult had done his business in the powerplay. Standard procedure.

With those two wickets, the Kiwi pacer equaled the record for the most wickets in the powerplay in a single season of the tournament. Mitchell Johnson set the previous record with 16 wickets, playing for the same team in 2013.

Deservedly, he bagged the Man of The Match, finishing with a glorious spell of 3/30.

Iyer and Pant bite back

After losing the top three very quickly, the feeling was that this would be yet another exhibition of the Mumbai Indians’ bowling excellence. However, both Shreyas Iyer and Rishabh Pant refused to fold. The skipper, instead of being tentative started to counter-attack the MI bowling and wasn’t afraid to play his shots from the jump. Whereas Rishabh Pant, who so far had endured an appalling IPL, started with caution.

However, after settling down, the southpaw started to play his natural attacking game and created a formidable partnership with his captain. The duo scored 96 off 69 balls and rightly brought the Capitals back into the game. Shreyas and Rishabh especially targeted the pair of Pollard and Pandya, as they scored forty-three runs of the four overs bowled between them.

The pair can look back with their heads held high in what was a crucial partnership, despite the final result.

With the fourth wicket partnership between Iyer and Pant starting to look dangerous and Jasprit Bumrah unable to provide the breakthrough, Rohit Sharma turned to Nathan Coulter-Nile who was preferred over James Pattinson and the Aussie stepped up. Coulter-Nile dismissed Pant just as he was about to change gears and launch a blitzkrieg attack on Mumbai’s bowling unit. At a time when it looked like that DC would eventually end up scoring more than 170, MI’s bowling unit showed their class and restricted them to 156, conceding only 38 runs in the final five overs and picked up two wickets as well in the process.

At the end of the first innings, it was advantage Mumbai Indians.

Before Delhi could even settle their nerves into the contest in an attempt to defend what was a mediocre total, frankly speaking, MI ripped through their best bowlers in the powerplay. Rohit made his intentions very clear after dispatching Ravichandran Ashwin for a mighty six in the first over. In the next over, de Kock joined the party and demolished his national teammate, Kagiso Rabada by hitting him to all parts of the ground. One of the best bowlers in the world? Purple cap holder? Eventual Player of the Tournament? de Kock couldn’t care less about the labels.

Hitman looked to be in amazing touch, punishing Anrich Nortje for just being a fraction too short. Stoinis did get Dd Kock out, but the flow of runs didn’t stop. Surya Kumar Yadav started his innings as he had been batting for an eternity. Mumbai made sure that they reaped maximum reward from the powerplay and ensured they put their foot on the DC bowling attack’s necks to make sure they don’t get a moment to breathe.

Delhi forgot that attack is the best form of defence

After this moment, Iyer should have gone for the kill with Rabada

When Stoinis got de Kock out, it looked like Delhi could surely pull this one back. But it seemed that it almost slipped out of Shreyas Iyer’s mind that he had the Purple Cap holder in his ranks. Instead of attacking both Rohit Sharma and the incoming Surya Kumar Yadav, the Delhi Capitals approached the situation defensively.

Bringing in Axar Patel and then Praveen Dubey did prove economical but the Mumbai batsmen were bound to attack one of them at a certain point. And Rohit went after Dubey. If Iyer could’ve attacked with Rabada again, maybe he could’ve sent ‘SKY’ packing earlier. After a blistering start, Mumbai knew that even knocking it around for singles will win them the game.

And they moved forward with that very exact mindset.

Getting the job done and making history? A normal day at the office for MI

As Delhi were pushing for a comeback, the mix-up between the stumps and Surya Kumar’s runout did hint a glimmer of hope for Capitals. But Mumbai ensured that no fairytale was on the cards for Iyer’s men. Rohit continued with his brilliant batting and was ably supported by Ishan Kishan from the other end. The young buck made easy work of the Delhi bowling line-up and played the same way he had throughout the tournament, hitting sixes like they’re second nature to him. A trait that’s almost expected from the flamboyant stroke player as he’s smacked the most sixes in the tournament.

Mumbai did lose a few wickets in the end but they didn’t lose their way. It was too late for a push from the Delhi Capitals. As Krunal Pandya steered Nortje for a single, the team and every Mumbaikar erupted with joy.

Mumbai capped off the tournament in the finest way possible, lifting the trophy for the record 5th time and stamping their authority on what was a brilliant Indian Premier League, organized in the stunning United Arab Emirates.