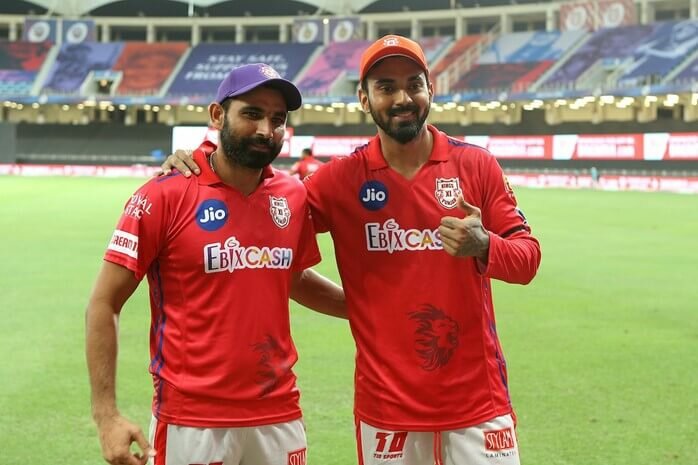 Royal Challengers Bangalore fans, look away. This was definitely not the type of performance anyone was hoping from Virat Kohli’s men. After a winning start to the season, no one was expecting such a battering for the team from Bengaluru. On the other hand, the Kings XI Punjab improved from their mistakes last time around and steamrolled their way past the team in red with a comfortable margin of 97 runs. After a batting masterclass, the Punjab bowling line-up made sure that they finished what their skipper started in blistering fashion.

Simply put, a masterclass for the Kings XI, an uninspiring horror show for the Royal Challengers. Here are the hits and misses from the riveting encounter between the two sides.

When Kannur Lokesh Rahul hits them, he hits them clean. Rahul’s ability to clear the boundary at will is sometimes beyond everyone’s understanding. The sheer power he generates with his wrists and the bottom hand is just beautiful to see, despite him being at his destructive best. After being dropped twice by the opposition captain twice, Rahul made sure that they heavily paid for the dropped chances. And boy did he live up to his promise, reaching the highest individual score by an Indian in IPL history. But the special thing about KL’s innings yesterday was how he finished things off. Brutal hitting, pummeling Dale Steyn to all parts and hitting all of Punjab’s sixes in the innings while he was at it, it was a sublime performance from KL Rahul.

The takeaway for Punjab from this showing is that they need to anchor the innings around him, just like this outing. The partners he bats with throughout the innings need to take charge so that he can stay at the crease till the end. The chaos he can conjure for the opposition at the very end is invaluable.

Cottrell and Shami attacked from the word go. Against the star-studded batting line-up of the Royal Challengers, both the pacers showed the world how bowling perfect lengths can topple any opposition on any surface. While Cottrell got both Padikkal and Kohli with the short ones, Shami caught Philippe by surprise, bowling one in the channel which came back sharply to trap him plumb. If both the opening bowlers keep bowling with these types of lengths and are as economical throughout the tournament, the Kings XI are a serious contender for this year’s tournament.

Bishnoi and Ashwin are a leggie’s dream

Having a leggie in your ranks for the shortest format of the game is an asset. KL Rahul is lucky enough to have two. Both Ravi Bishnoi and Murugan Ashwin changed the complexion of the game in the middle overs, taking 3 wickets each. The pair stopped the flow of runs in the middle overs while simultaneously attacking and taking wickets in the process. With having one of the greatest leg-spinners in Anil Kumble sat in the dugout, both the bowlers can thrive on his expertise to almost consider their time at Kings XI as a workshop of sorts, learning from the best, mastering their craft and putting out to the test. Combined with Glenn Maxwell chipping in superbly, the spin-twins of Punjab can wreak havoc for batsmen throughout the tournament.

The international experience both Dale Steyn and Umesh Yadav bring to the table is unparalleled. But as it seems, the Steyn-Gun and the Vidarbha Express have both lost their touch. The bowling attack which was supposed to look fierce underperformed massively. Navdeep Saini does bring a glimpse of hope for the team from Bengaluru, but the experienced bowlers need to deliver. How both KL Rahul and Mayank Agarwal attacked the duo in the early stages shouldn’t be happening to say the least. For the next outing, Kohli can try and bring Isuru Udana into the fold for the next game to mix things up a bit for the Royal Challengers.

Too big of an ask for Padikkal

Devdutt Padikkal showed the world what he’s capable of in the first game. Expecting him to deliver those kinds of performances now and then is understandable, but to expect him to guarantee them is both unfair and impractical. For him to thrive in these kinds of run-chases will take time and experience for a youngster who is playing his first season on this big a stage. At just 20, Padikkal is expected to falter in these kinds of situations which is natural.

Experimenting with the batting order way too early in the tournament

It was already a massive ask for Padikkal to start in blistering fashion to tame the seasoned Punjab bowling arsenal as well as the total at hand. Sending Josh Philippe at No. 3 ahead of the best batsman in the world made absolutely no sense. Yes, Philippe is a player capable of playing counter-attacking cricket, but Kohli should’ve himself come at No. 3 and steadied the innings. Instead, he sent Philippe who succumbed to the pressure.

Already 2 wickets down, Kohli himself pressed the self-destruct button, getting out while looking to attack Sheldon Cottrell. The Royal Challengers Bangalore think tank will have to assess their options and choose more wisely next time around.