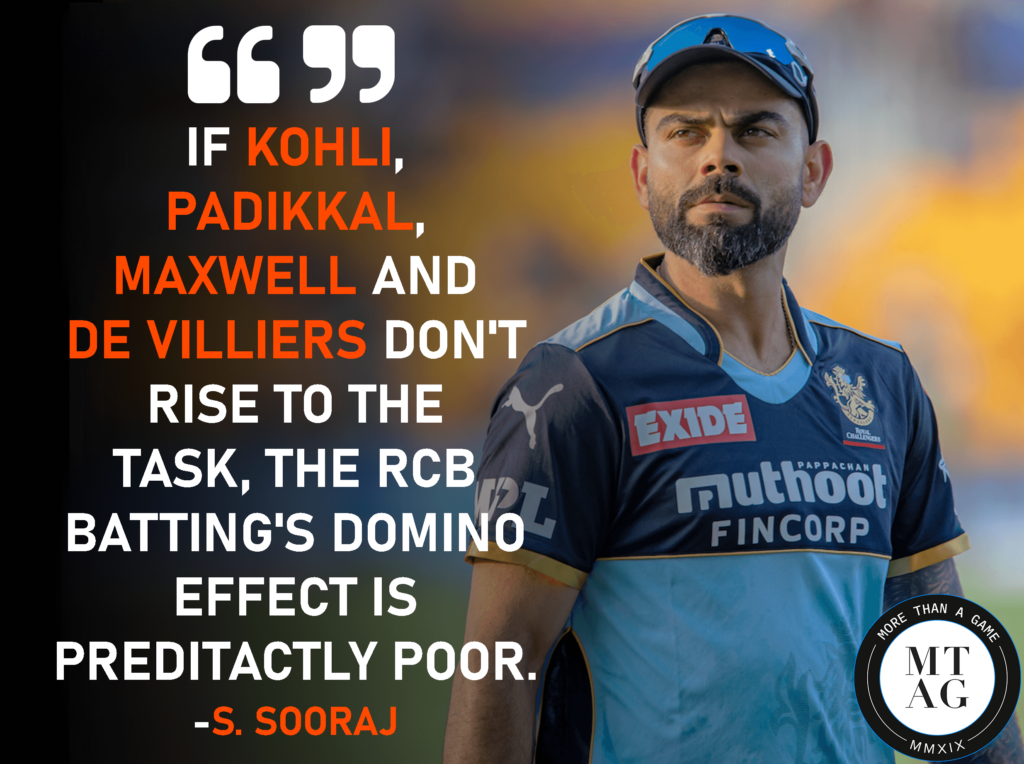 The 2nd game of the second phase of the 2021 IPL was a no-contest, as KKR rampaged their way past a stacked RCB side.

Royal Challengers Bangalore, who had a great 1st half of the IPL seemed to have a poor outing as they were completely outclassed by a brilliant bowling performance by the Knight Riders. KKR were in 7th place before the game, but seemed as confident as ever, massacring Virat Kohli’s boys and limiting them to a measly 92.

From there on, Morgan’s men strolled to a crucial victory.

Here are the 4 talking points from a low-scoring affair as IPL 2021 sees lift-off.

Chakravarthy is proof that mystery spin will never be outdated 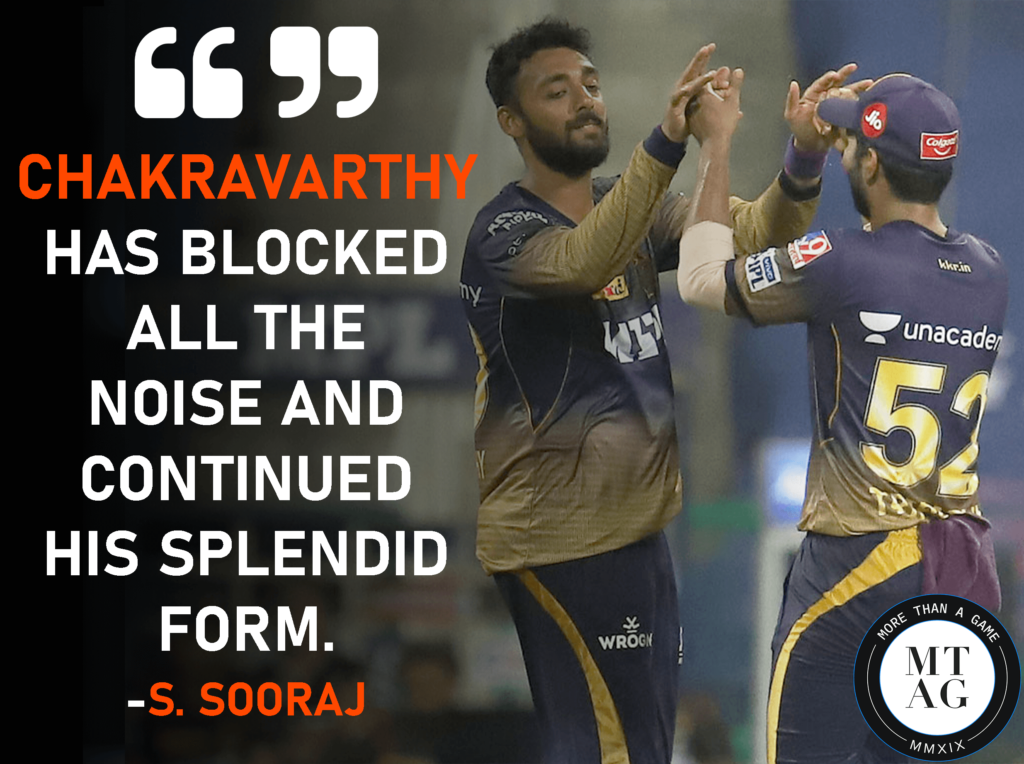 With Varun Chakravarthy’s selection ahead of Yuzvendra Chahal and Kuldeep Yadav for the T20 World Cup stirred debate, the KKR spinner has blocked all the noise and continued his splendid form into the 2nd phase of the IPL.

The mystery spinner was onsong yesterday night, picking up 3 wickets, including a massive scalp of Glen Maxwell at an outstanding economy of 3.2.

Chakravarthy was unplayable and made the seasoned RCB batsmen dance to his tunes. Mystery spin will always be here to stay.

No Cummins, No Problem 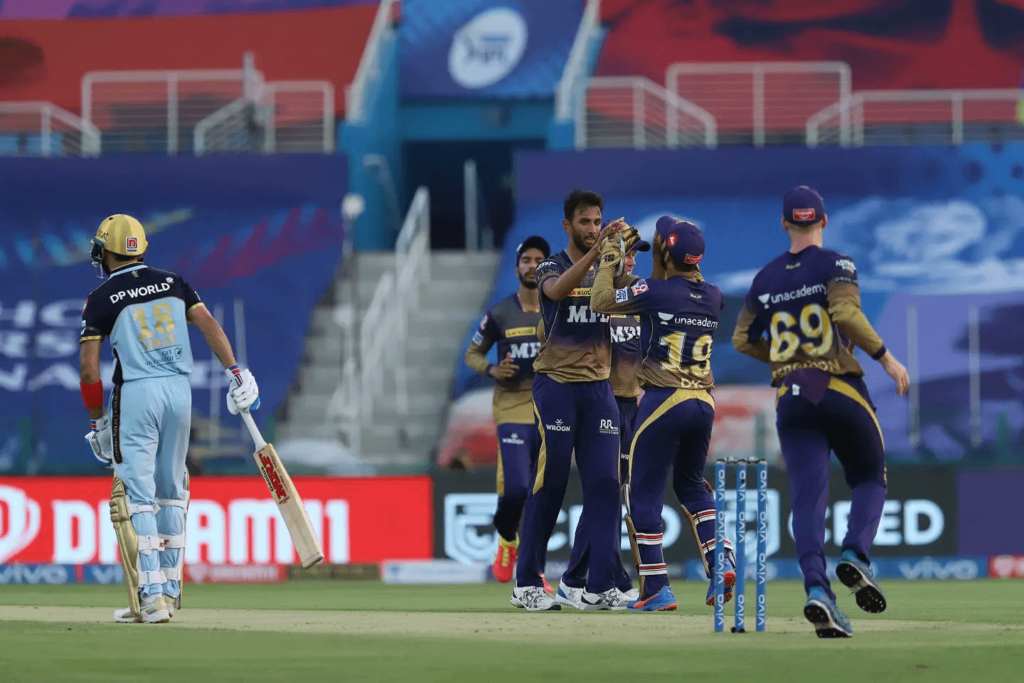 Going into the 2nd half of the season without their lead bowler was a major blow for KKR. But on the pitch, they didn’t have to fake it to make it as the other pacemen stepped up and put on a display even the mesmeric Pat Cummins would applaud.

Lockie Ferguson led the bowling attack the right way, picking up wickets at regular intervals and keeping his economy in check. However, the pick among the bowlers for the Knight Riders was Andre Russell who had a spectacular outing.

Dre Russ bowled a sumptuous spell of 9/3 in 3 overs, during which he knocked the bail off none other than AB de Villiers with a blinder of a delivery.

His exploits were backed up with sheer class by his partners-in-crime as 92 all out really happened last night. 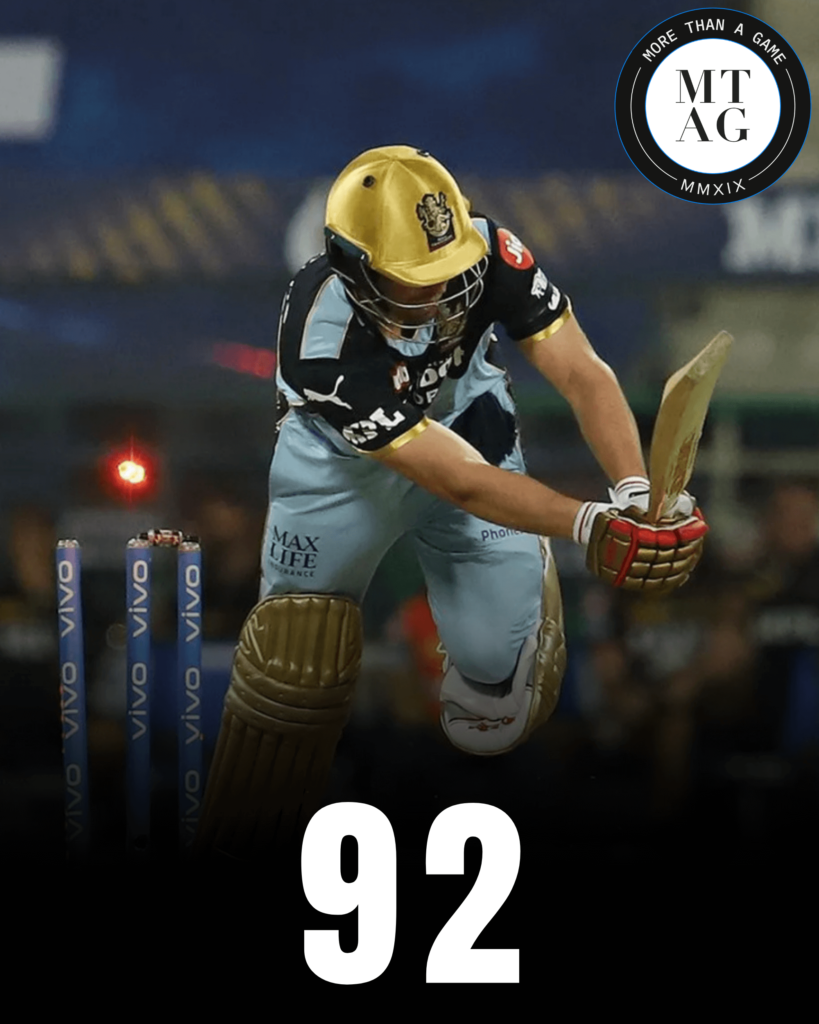 Two of the greatest batsmen in the world, an excellent T20 specialist, and one of the most gifted Indian talents on the scene certainly does make for great reading.

If Kohli, Padikkal, Maxwell and De Villiers don’t rise to the task, the RCB batting’s domino effect is predictably poor.

Simply put, Bangalore need to have at least two other bankable batsmen in their ranks to see them through.

With talented uncapped players like Mohammed Azharuddin and Rajat Patidar on the bench, time won’t wait any longer for the Royal Challengers to find the perfect top 6.

This is the Shubman Gill KKR need 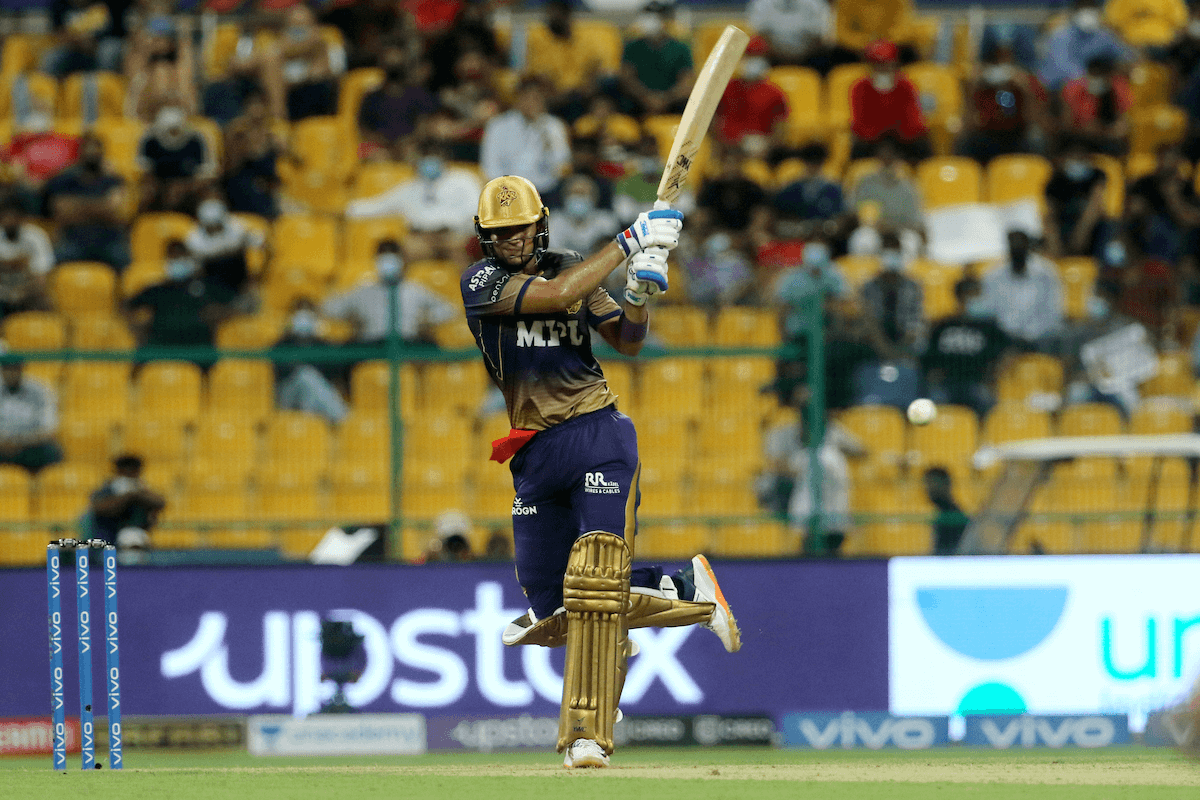 Even though the run chase wasn’t a destination too far away, a solid start was a must to complete the journey.

KKR lacked confidence throughout their run of 7 games, which saw them struggle to put up decent scores on the board. If an early wicket had fallen, things might have gone downhill for the men in purple.

Shubman Gill had other ideas.

After what have been a rusty past couple of months for Indian cricket’s next superstar in the making, we were blessed with the best of Gill yesterday as he was smacking the RCB bowlers all around the park.

Gill’s 48 off 33 was more than enough for KKR to get the two points and move.