On a lazy Sunday afternoon, the platform was set for an enthralling contest between the 4th and 5th placed teams in the IPL. Both Kolkata Knight Riders and Sunrisers Hyderabad were looking for a win to make a sizeable leap towards the playoffs spot. But it’s hard not to admit that most of the game had a lazy narrative right until the final over of the match until the first Super Over of the day came into the picture. Lockie Ferguson playing his first game of the season, came up trumps with a clutch performance which helped KKR seal the victory, further boosting their chances of qualification into the playoffs.

From Lockie’s brilliance to Warner’s milestone, here are the hits and misses from Sunday afternoon’s encounter between the two sides. 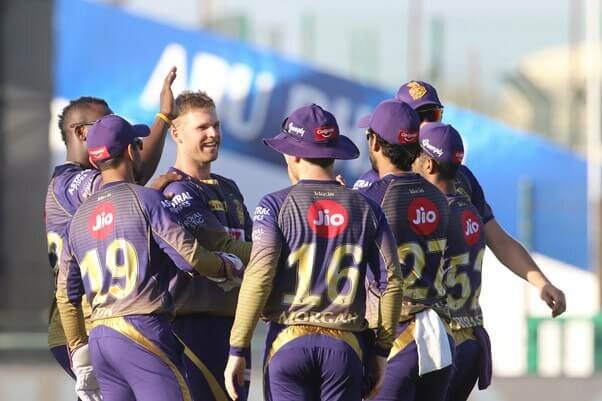 Watching all the action from the dugout and seeing how the fast bowlers have dominated in this year’s IPL, Lockie Ferguson would have been itching to perform after missing the first eight games. Against Sunrisers Hyderabad, the Kiwi had an instant impact on the game, getting a wicket with his first ball, dismissing his fellow countryman Kane Williamson. Ferguson didn’t stop there and continued to bowl with the pace that he’s hailed for and finished his four overs with impressive figures of 3/15.

Ferguson was also vital in the Super Over where he picked up two wickets and conceded only two runs which all but guaranteed a victory for the Kolkata Knight Riders.

While Pat Cummins has struggled to make a real impact with the ball all tournament, Lockie Ferguson’s performance has just come at the right time for the Knight Riders. His pace, tactful variations and ability to come up with the good, taking constant wickets is bound to be vital for KKR’s bowling department going forward.

Morgan and Karthik: The Captains Combine

After getting off to a promising start in the powerplay, the Kolkata Knight Riders lost control in the middle overs, losing wickets at the wrong time and it felt like they would once again end up with a below par score of around 140-150 on the board. However, the former and current captain had other ideas. The pair scored 58 runs in the final five overs of the game which helped the team finish with a competitive total of 163.

As the likes of Russell and Nitish Rana continue to struggle, there is extra responsibility on both Karthik and Morgan to stabilize the innings in the middle overs and also provide the flourish at the end. But if this display is anything to go by, they’ve got things covered.

Over the 12 years of the IPL, David Warner has certainly been one of the most consistent overseas players and arguably the best foreign opener in the tournament. While the southpaw played a different role against KKR, batting in the middle order, he once again showed his class, taking the game right till the end and almost winning it for SRH.

In the process, Warner achieved yet another milestone of becoming the first overseas player to score 5000 runs and also the fastest overall, after achieving the feat in just 135 games.

While the Australian would be disappointed with the result, he once again proved why he’s considered one of the best in the T20 format for the past decade.

There is no question about the ability that Shubman Gill possesses but the young buck has been a bit indifferent at times with his performances this season. As an opening batsman, Gill has been able to get the initial start but has often struggled to convert that into a big score. In the nine games this season, one of India’s brightest talents has only managed to score only half-centuries.

Another issue for the lad is the pace at which he scores, with a strike rate of only 113.91 in the 9 games he’s played in, which isn’t the most encouraging in this format of the game. As we reach the business end of the tournament, KKR would be praying Gill resolves these issues and starts coming up with the goods.

Time up for Dre Russ?

The havoc Andre Russell caused with the bat in the 2019 edition of IPL looks like a distant memory. The Jamaican has been one of the most underperforming players for the Knight Riders, having scored a meager 146 runs in the nine matches so far. Sunday afternoon wasn’t anything different for Russell, with the hard-hitting batsmen perishing for just nine runs. A major criticism of Dre Russ this season has been his inability to adapt his game against the fast bowlers.

To make matters worse, Russell suffered a hamstring injury in the game against Hyderabad. The injury limited his abilities with the ball, an area where he has been comparatively better than the bat this season, leading him to bowl with a shortened run-up.

The team has been patient with the Russell but they might just be forced to give him a break as Sunil Narine is expected to return for the next match.

SRH’s middle order will cost them a playoff spot


Since the start of the IPL, it was clear that the Sunrisers Hyderabad are highly dependent on their top three in the batting department. Keeping that in mind, the injury to Kane Williamson led to tweaks in the batting order with the Kiwi opening alongside Jonny Bairstow. This had a major impact on the game as the New Zealand skipper has been vital in stabilizing the innings in the middle overs.

Manish Pandey’s average performances in this season’s IPL haven’t helped SRH’s case either. While the likes of Priyam Garg, Abhishek Sharma and Abdul Samad have played well in patches, expecting them to perform game after game would be a tad unfair.

Sunrisers Hyderabad would be hoping that the injury to Williamson isn’t serious and Manish Pandey gets back to his best, if they are to have any chance of making it to the playoffs.

However, the evidence proves otherwise at the moment.