NOT JUST ANY GIVEN SUNDAY: CAN LIVERPOOL DETHRONE THE SKY BLUE JUGGERNAUT 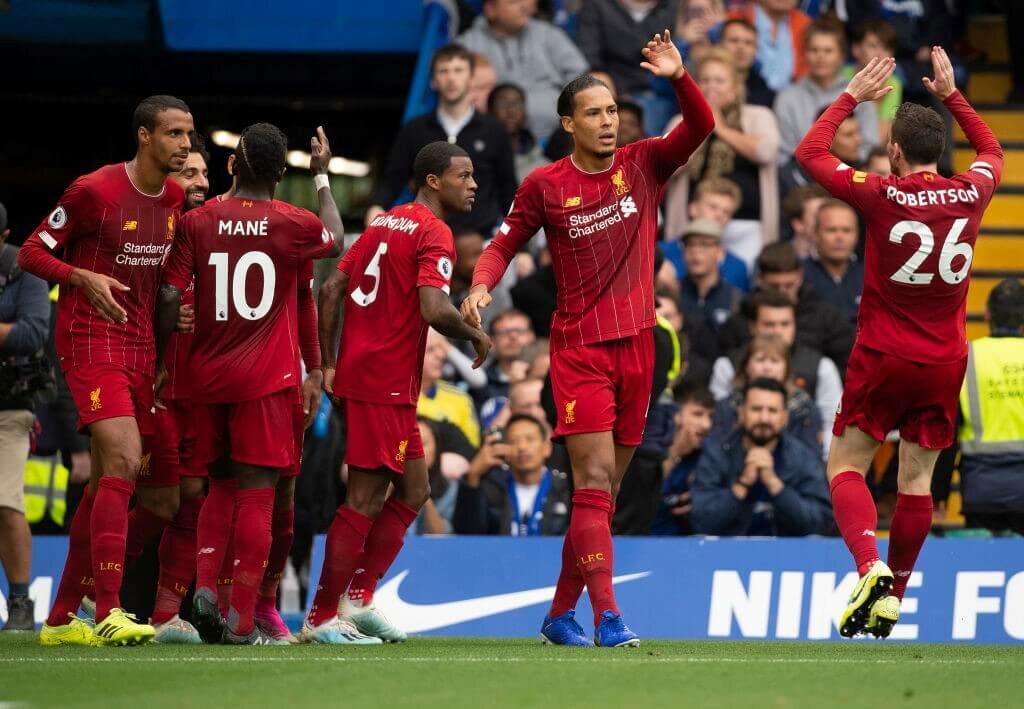 “It’s what we do.” Virgil van Dijk summed it up best when he swaggered back into the Villa park tunnel on the back of another win for his side. Barely 10 minutes before, it looked like Liverpool might end up losing their first league game of the season, and just their second of 2019. But for the third time in a week, Jurgen Klopp’s ‘mentality giants’ pulled the proverbial rabbit out of the hat to win again.

While the late, late show against Aston Villa was testament to the Reds’ astonishing powers of recovery and further cemented their status as the comeback kings, it doesn’t always have to be this way. It’s about time the champions of Europe started living up to their name, and Sunday’s titanic clash against Manchester City would be the best possible place to start.

There is little doubt that this is the game of the season. Jürgen Klopp and Pep Guardiola have served up some classics since they moved to the North West of England and since the start of last season, the Reds joined the Sky Blues in being head and shoulders above the rest of the league. It’s little surprise, then, that even as early as November, this clash is being billed as a title six-pointer.

The build-up began as soon as both managers headed into the tunnel for their post-match interviews on Saturday night. Guardiola got the ball rolling with his thinly-veiled jibe at Sadio Mané, calling the Senegalese a ‘diver’, followed by a shoddy attempt to backtrack a couple of days later. Klopp responded in kind, refusing to be drawn into any conversation about Sunday’s opponents at first, before taking a not-so-sly pop at their ‘tactical fouling’. While the mutual admiration society between these two remains intact, this is no longer the friendly rivalry it once was.

A Name That Sticks

Liverpool skipper Jordan Henderson has admitted that while the tag of ‘mentality monsters’ is a compliment to the team’s indomitable fighting spirit; he would much rather do away with it.

“Comebacks make for great television, but it’s on us as a squad to address the issue of falling behind in games. We want to be a side that dominates teams and takes total control of a game.”

This lack of dominance, as many have suggested, ironically comes down to Henderson and the rest of the midfield. Klopp has made no secret of his preference to field the captain alongside Fabinho and Georginio Wijnaldum. While this has a number of benefits, chief among them is the license to attack for Andy Robertson and Trent Alexander-Arnold in the presence of increased defensive cover, it has also been the root of their attacking woes.

If Klopp is indeed looking for that X-factor to swing the midfield battle his way against City, he need not look any further than his bench.

Alex Oxlade-Chamberlain and Naby Keïta are currently scrapping to be a part of Klopp’s first-team plans, having got the rub of the green for a precious few minutes. Most, if not all of their first-team action has come in the League Cup and Champions League against lesser opposition.

That’s not to say they haven’t impressed, with Keïta seamlessly dictating the play and Chamberlain grabbing 4 goals in 4 games, including long-range stunners against Genk and Arsenal. Pep knows all about the Englishman’s prowess from long range, his howitzer against the Citizens in the Champions League last year still fresh in the memory of the Reds’ faithful.

With his current midfield trio far too conservative for the fans’ liking and impressive outings from the aforementioned duo, the knocks on Klopp’s door are getting louder and louder.

The 4 meetings between the pair in the season before last produced a staggering 18 goals. City’s 5-0 demolition at the Etihad, Liverpool’s 10-minute blitzkrieg in the 4-3 thriller and the 5-1 aggregate win for the Reds in the Champions League were all instant classics. The two games last term, however, were cagier affairs. The recent defensive troubles for the sides suggest a return to a goal-laden affair on Sunday.

Virgil van Dijk and co. have struggled to keep clean sheets, with none in their last eight. The injury to Joël Matip, van Dijk’s partner of choice and arguably a better performer this season than the Dutchman, will be a big miss for Klopp. The ex-Cameroonian international’s ability to bring the ball out of the back, rapid recovery pace and neat tackling will be missed, especially as none of these attributes are in Dejan Lovren’s locker. The latter is favorite to start at the weekend, a prospect Sergio Agüero will be relishing given how he got the better of the Croatian for the winner when the sides last met.

Could Matip’s absence turn the tide in favor of the Citizens?

Matip’s absence also has a knock-down effect on Alexander-Arnold, who tends to leave room in behind for wingers as he bombs down the flank. Long balls towards Raheem Sterling, akin to the ones used by Tottenham to release Heung-min Son in their recent visit, could potentially expose Lovren’s relative lack of pace and nous in one-on-one situations. With a helping hand from Benjamin Mendy, Sterling could well cause a world of pain to his previous employers and banish his Anfield hoodoo.

City’s backline isn’t in the best shape either, with their injury struggles well documented. Aymeric Laporte is the biggest miss for the champions, who have also been hampered by the injury to Rodri, another key cog in Guardiola’s defensive machinery. Fernandinho has ably deputized in the centre-back role, but Roberto Fimino will be hoping to ask a few questions of his compatriot by dragging him out of the backline to free up space for the mercurial Mohamed Salah and clutch Sadio Mané.

There’s some substance to the argument that last season’s Liverpool team was the best team in the Premier League era to not get their hands on the title. They pulled all the stops in their fight against the City juggernaut, or so it seemed. Failure to win either of their games against City left them asking for favors elsewhere, something they must put right if they want to end a 3-decade long wait.

Winter is coming, and a win on Sunday could mean the Reds walk into it with the elusive crown firmly within their sights.