THE 4 TAKEAWAYS FROM THE NETHERLANDS’ WIN VS UKRAINE 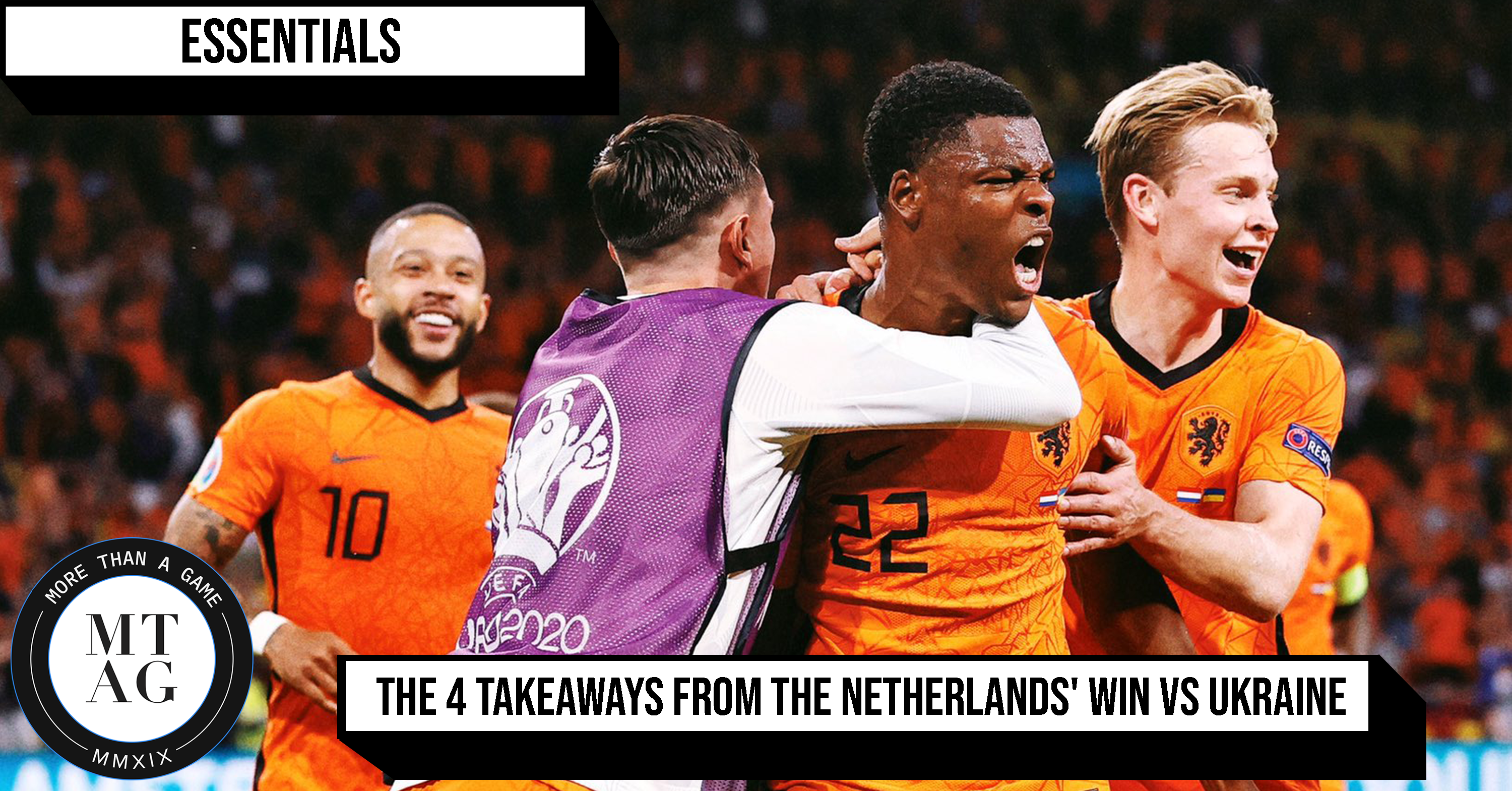 It needed an 85th minute Denzel Dumfries winner to cap off what was easily the best game of Euro 2020 as the Netherlands scraped past Ukraine. A contest that defined the term, ‘end-to-end’ was breathlessly brilliant and there were so many takeaways after witnessing 90 minutes you’d watch over and over again.

Frenkie de Jong is too good for his own good

How is Frenkie de Jong this good at just 24 years of age? It borders on unfair. If he isn’t busy spinning past your team’s best midfielder, he’s spotting the impossible pass and making it happen to send your defence crumbling and making a tackle outside the box so your lot can’t even think of getting a shot off.

And what’s even more startling is de Jong doesn’t make it look like a big deal when he’s ticking every single box. With Gini Wijnaldum pushing up almost as high as a second striker, it was all on Barcelona’s masterful midfielder to make things tick.

And his game intelligence and nous of when to keep things simple and when to go for the sublime is a concoction of a mature footballing IQ and a subtlety that is championed in Catalunya for all the right reasons. Frenkie’s pre-assist for Denzel Dumfries, whose delivery led to the Wijnaldum opener may have a strong case for the best pre-assist for the tournament (a category that needs to exist), alongside Manuel Locatelli’s against Turkey. Watching de Jong float like a butterfly and sting like a bee was a sight for sore eyes.

To score you 1st goal as an 85th minute winner in front of a packed Johan Cruyff Arena is the stuff of dreams. Denzel Dumfries lived that dream last night. And that is after missing a sitter from a Memphis Depay cross that most viewers would like to assume they’d put in the back of the net.

Yet, his night wasn’t done as a peach of a Nathan Ake cross all the PSV right-back needed to turn the tide for the Netherlands.

In de Boer’s unpopular 3-5-2 system, Dumfries is possibly the coach’s biggest argument in favor of it, considering how the lad is a constant crossing threat and times his runs towards the far post with the precision of a natural right-winger. And his fizzed in delivery, on the end of a superb de Jong pass that set the rebound for the Dutch skipper to blast the ball home was just another feather in Dumfries’ cap on the night.

If you’re a left-back, you’re going to be stressed when you come up against Denzel.

As good as Memphis is, he can’t do it all alone

Your retort may be Memphis Depay’s jinking run within 2 minutes. And coming into the contest for the Netherlands with a goal or an assist every 38 minutes in qualification, that may further weaken this idea.

However, the former PSV forward was forced to veer out on the left-wing to get on the ball and make something out of nothing. With an old-school target man like Wout Wehhorst as his strike partner, mobility doesn’t come with the package and for all of Gini Wijnaldum’s goal threat, his involvement in build-up was minimal.

As a result, Memphis was constantly dropping deep, trying to beat a barrage of Ukrainian defenders and eventually, losing possession.

No player has completed more take-ons at #EURO2020 than Memphis Depay (4).

This isn’t to say the Lyon No. 9 had an outing to forget because despite the service or lack thereof, Depay was terrific playing with his back to goal as a barrage of flicks, one-twos and dribbles made the Ukrainians dread going anywhere close to him.

And that dash in the 1st minute to leave the entire opposition for dead and come close to open the scoring was nothing short of heroic.

If the supporting cast steps up, Memphis is the hero that’ll save the day for the Dutch.

The Oranje Gini Wijnaldum is a different beast

Paris Saint-Germain can consider themselves fortunate to have laid their hands one of the most well-rounded midfielders across Europe in Gini Wijnaldum. Hailed for his selflessness, the amount of ground he covers and making the right decisions, Gini is very much a cog in the machine.

For the Netherlands, it’s a different story. Occupying areas a second striker would usually take, Wijnaldum is a serious goal threat for his country. After all, the Champions League winner doesn’t have 15 goals in the last 26 appeareances for the Dutch for a reason.

Right place, right time and the finish to back it up as the Oranje skipper fed off the scraps like a true No. 9.