THE MTAG WRITERS PREVIEW AND PREDICT THE US OPEN SEMI-FINALS 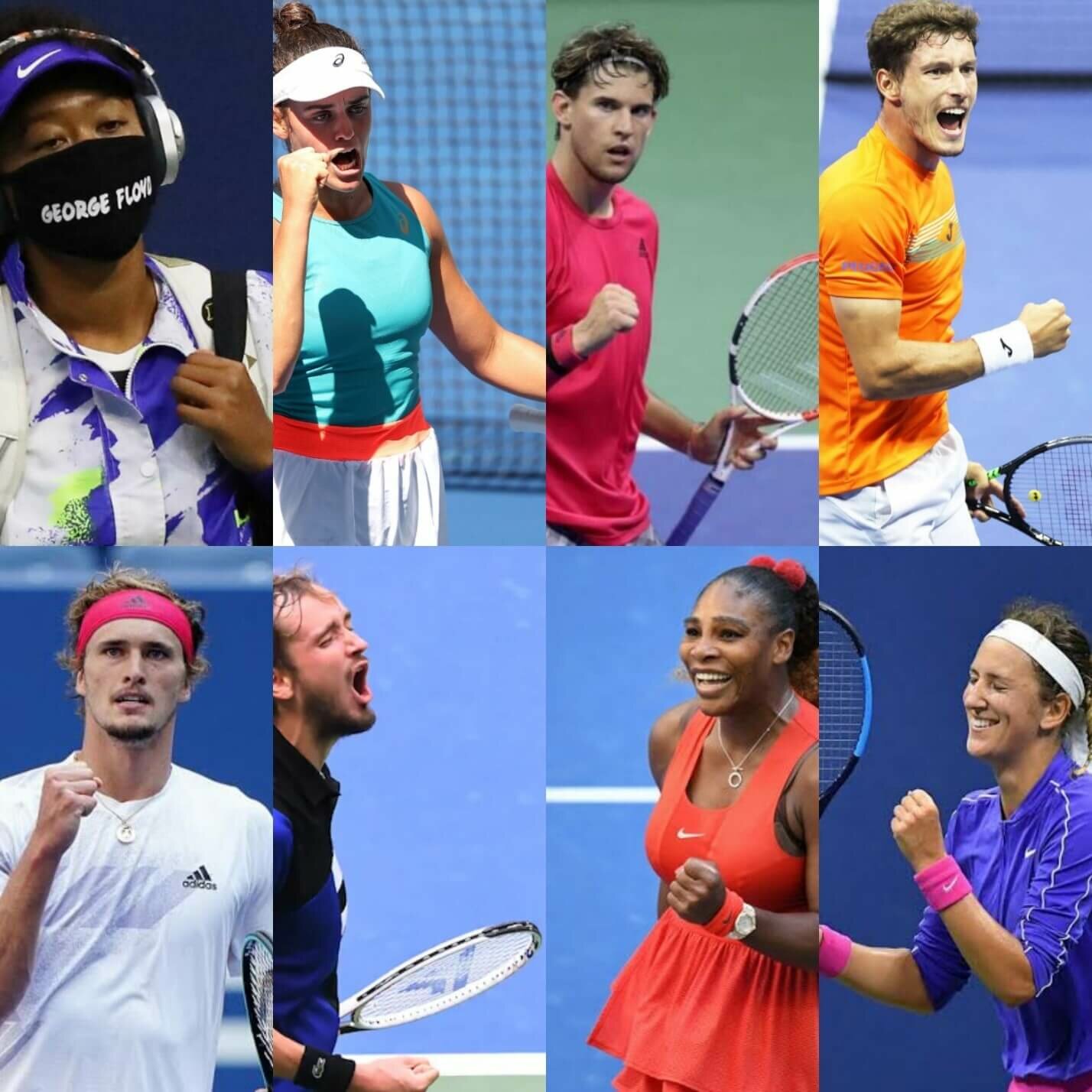 The US Open has reached its semi-finals and the men’s side of the draw has thrown up some truly fascinating matches. The ‘Young Brigade’ who have often been pretenders are the real contenders this year. In Medvedev vs Thiem and Zverev vs Carreño Busta, we’ll get a glimpse into the future of the game.

On the women’s side, the more things change, the more they remain the same for Serena Williams (who is in her 11th straight semi-final at the event) who takes on a resurgent Victoria Azarenka while former champion Naomi Osaka will be up against Jennifer Brady.

The More Than A Game writers decided to preview the big semi-finals and try their hand at picking the winners.

“If he’s not playing well in Grand Slams during the next two years, you can come back to me and tell me, ‘you know nothing about tennis’.”

Turns out the King of Clay does know a thing or two about tennis. Nadal’s words on Zverev have been proven prophetic by his two-time Laver Cup teammate’s exploits in this year’s Majors. The German broke onto the scene when he shocked Federer on grass, preventing the Swiss Maestro’s 11th consecutive appearance at his favorite Halle Open in 2016. However, despite reaching dizzying heights and getting deserved hype in the subsequent years, there have always been worries surrounding his inability to translate that form to the best-of-five format across two weeks in Grand Slams.

From 2017 to 2019, the poster boy of tennis’ infamous Next-Gen won two Masters titles, the Nitto ATP Finals and reached a career high world No. 3 ranking. He only reached a Grand Slam quarter-final once in the same time in 2019’s Roland Garros and entered 2020 in dismal form, with his performances in ATP events having also taken a hit. However, despite weak performances in the ATP events preceding both the Australian Open and the US Open in this coronavirus-ravaged year, he has fought against the odds admirably and made the semifinal in both of them. Only this time, he would want to go two steps further.

His opponent, Pablo Carreño Busta is one of the most slept-on players on the Men’s Tour. Tennis bad boy and Twitter troll Nick Kyrgios recently claimed that Carreño Busta wouldn’t be a top 50 player if wasn’t for clay. Unlike the mercurial Australian however, the Spaniard has had the distinct honor of playing in the ATP Finals after he broke into the top 10 in 2017. And as far as surface goes, hard is his favorite.

He has won three hard court titles, reached the semi-finals of both Indian Wells and Miami and, perhaps most astonishingly for Kyrgios, reached a Grand Slam semifinal on the hard courts at Flushing Meadows back in 2017.

Carreño Busta was by no means a favorite to make the semi-final at this year’s US Open. He hadn’t been in the best of form before the tournament. Anyone would have predicted an easy win for Djokovic when he met the world No. 1, who was still undefeated in 2020 at the time, in the round of 16. But a freak incident, in many ways a culmination of Djokovic’s blighted year in the public eye, resulted in a default in the first set of their encounter. After this somewhat lucky break, the Spaniard showed amazing fight to overcome the talented Denis Shapovalov in a wayward 5 sets. His recovery in the fifth, after being bamboozled in the previous set, to win the encounter epitomized his grit and determination.

This unexpected match-up has all the makings of a fascinating encounter. Surprisingly, this meeting will only be the second time they go head to head after Zverev defeated Carreño Busta in straight sets in the semifinals of the 2018 Miami Open. However, this time the stakes are considerably higher. Pressure and fatigue play a massive role late into the second week of a Grand Slam, and with both players chasing the unparalleled feeling of reaching their first Grand Slam final, their motivation will be at its peak.

Prediction: I expect Zverev to edge their encounter in a hard -fought nail-biter that might just go the distance.

Daniil Medvedev, the last season’s US Open finalist will surely be looking to take his journey to the next step this time around. Seeded 3rd for this year’s tournament, Medvedev has cruised past all of his opponents with ease, reaching the semi-final without even dropping a single set. The next roadblock to his path to US Open glory is a big one, the 2nd seeded Austrian, Dominic Thiem.

Thiem, who bowed out from the first round in last year’s edition will be looking to make his first ever US Open final when he meets Medvedev in this crunch encounter. Thiem defeated former US Open champion Marin Čilić on the way to this semi-final, his best performance at the Grand Slam since his 2018 quarter-final appearance.

Both Medvedev and Thiem are baseliners and prefer to stay back to dictate the scheme of things throughout the rallies. Medvedev is a tall baseliner whose strength is his deep positioning and quickness on the court. Thiem on the other hand plays from the back with his solid groundstroke making abilities. His heavy forehand and the tenacious, single-handed backhand are gems in his armory, which help him in playing penetrative groundstrokes and catching his opponents off-guard.

Their head-to-head record on hard is all level, with both the players at 1 win apiece. This will be their first US Open encounter and the first at any Grand Slam as well. With both the players in scintillating form, the fixture will be a test for both and it’ll be breathtaking to see who comes out on top and reaches the final of the prestigious event.

Prediction: I believe Daniil Medvedev will edge Dominic Thiem in this one to reach his second successive US Open final.

Serena Williams needs no introduction. A 10-time US Open finalist of which she has triumphed at 6, Williams will surely be chasing after her 7th Grand Slam success. Toppled by the teenage sensation Bianca Andreescu in last year’s final, Williams will be looking to bounce back and clinch the Grand Slam with all her might. The American hasn’t been at her brilliant best this season but has still managed to easily breeze past her opponents to reach the semi-final. Her biggest test in the tournament will be her opponent in the semi-finals, Victoria Azarenka, with whom she shares one of the greatest on-court rivalries of the past decade. The Belarusian has been rampant throughout the tournament, and will be looking to clinch her 1st US Open title with the form she’s currently in.

Williams has a mammoth 11-4 hard surface record against Azarenka, which’ll surely play a part in the Belarusian’s composure while preparing for the match. At the US Open, Williams holds a 3-0-win record over Azarenka, two of which came in the 2012 and 2013 finals of the event. Both the finals were equally contested, as both of them went down to the 3rd set, producing some fine moments.

Williams, as she so often does, would like to take control of the match from the word ‘go’. With the American’s forehand being one of the most powerful shots the game has ever seen, Azarenka will have to pack some tricks of her own to tackle the American’s full-fledged rocket-esque returns. The Belarusian will look to present her aggressive baseline stroke play, which in tandem with her mobility can pay dividends against Williams. With the powerful backhand and relentless groundstrokes, Azarenka can capitalize and make it to her 3rd US Open final.

With a potential match-up with Naomi Osaka at the finals in sight for Williams, it’ll be fun to watch whether Azarenka will break the US Open jinx against the American or the masterful Serena will make the head-to-head score line read 4-0 at the US Open.

Prediction: From my end, I surely believe that Serena Williams will comfortably extend her unbeaten record against the Belarusian at the US Open.

In Naomi Osaka, women’s tennis has a real superstar who could be the face of the sport for the next decade. While there can be no doubting her skill on the court, the two-time Grand Slam champion has also been at the forefront of trying to send out a message of solidarity and taking a stance against the racial injustices in the US. She has been a flagbearer for the modern players with her extremely athletic style and her flurry of powerful serves and forehands.

The 2018 Champion comes into this semi-final on the back of 9 wins in 10 (her only loss being a withdrawal from the Cincinnati Masters Final) and looks to be in fine form to stake a claim for her second appearance at the US Open Final.

The American Jennifer Brady comes into this match with a 1-1 record against Osaka (albeit her win came back in 2014 at the ITF Level) and has been on a dream run in the tournament. This is the first time she has made it beyond the 3rd Round in a Grand Slam (singles) and to top it off, she hasn’t even dropped a set on her way to the semis. Brady will definitely be an underdog in this match up but her form and her ability to cover the court will ensure that we see an intriguing battle of wills from the two players.

Prediction: Despite the fantastic run that Brady has been on, one can expect Osaka to prevail in an encounter which quite possibly could go the distance. 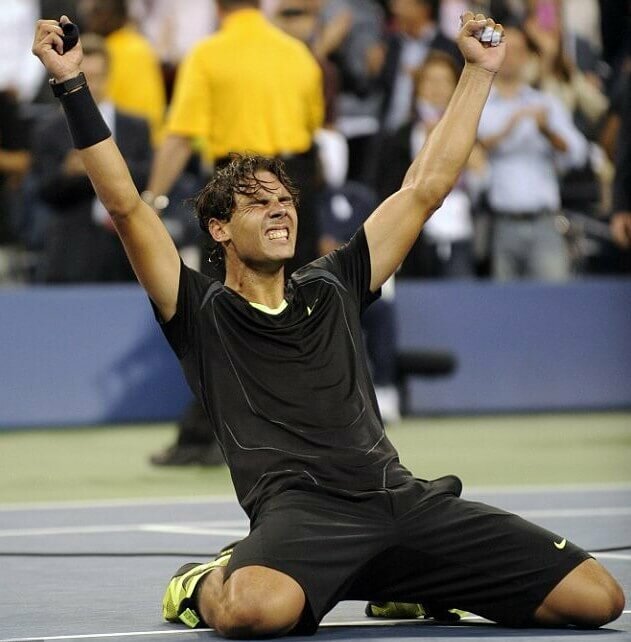 10 YEARS ON: WHEN NADAL COMPLETED THE GOLDEN SLAM