THE RETURN OF IMOLA- AND THE MEMORIES WITH IT 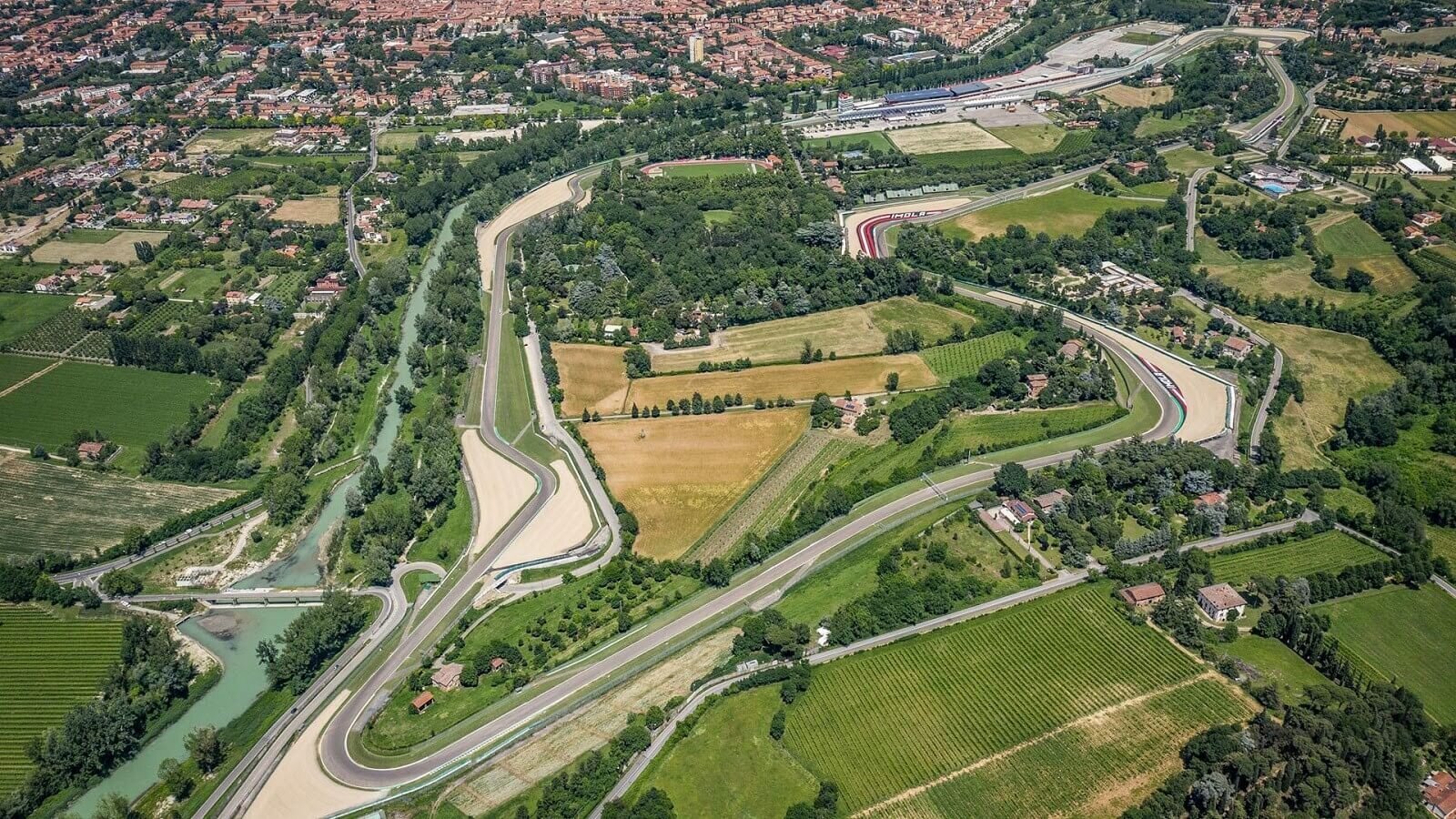 As a result of the ongoing challenges presented by Covid-19, the Formula 1 schedule took an almighty hit amidst the preparations of the 2020 season. Because of the pandemic’s global impact, the Australian, Chinese, Vietnamese, Monaco, Dutch, Azerbaijan, Japanese and the French Grands Prix have been cancelled. However, owing to the continuous efforts of the Fédération Internationale de l’Automobile and Liberty Media to make the 2020 season a success, new tracks and races were added to replace the cancelled events, much to the delight of the fans. The Styrian Grand Prix at Spielberg, F1’s 70th Anniversary GP at Silverstone, Sakhir GP in Bahrain are the circuits that were planned to hold two races. The big surprises came when Mugello, Nürburgring, Portimao and Istanbul were added as the new tracks for the season. But the biggest addition to the season has been that of the legendary Italian circuit, Imola.Circuit Autodromo Internationale Enzo e Dino Ferrari, commonly as Imola, is situated 40 kilometres east of Bologna. Named after the legendary Ferrari founder Enzo and his son Alfredo, the circuit is an anti-clockwise track and is known for its high-speed calibre. Inaugurated in 1953, the circuit has undergone many developments throughout the years, making it a different experience altogether for the drivers this time around.

When the track was inaugurated in 1953, it was a flat-out high-speed track with no chicanes. Before hosting its first World Championship race in 1980, the track had hosted 2 non-championships events in 1963 and 1979. In 1980, as the ‘Temple of Speed’ Monza was being refurbished, Imola got the hosting rights for that season’s Italian Grand Prix. The race was won by Nelson Piquet, driving his Brabham-Ford to victory by quite a comfortable margin. Such was the success of the event, that the organisers decided to add the track to the calendar for the upcoming years. As Monza regained the hosting rights for the Italian GP in 1981, the race at Imola was renamed the San Marino GP.

The Tamburello Corner – Despite the addition of the chicanes, the circuit still faced a lot of flak for safety concerns, most of them regarding the dangerous Tamburello, a bumpy corner which had little room between the track and concrete wall which protects the Santerno river that runs behind it. The concerns were backed by the incidents to show for it. In 1987, Piquet had an accident at the corner during a practice session. In 1989, Gerhard Berger crashed his Ferrari at Tamburello after a front-wing failure. Michelle Alberto and Riccardo Patrese both had incidents at the corner in 1991 and 1992 respectively. But what happened in 1994 sealed the fate of the corner being run flat out ever again.

Glimpses from memorable GPs at the circuit

1981 – The start of the line for Imola with the inaugural San Marino GP, where Nelson Piquet came home to take victory with a comfortable margin.

1982 – This was again a memorable one. After being boycotted by the FOCA teams, only 14 cars competed in the race. Ferrari looked set to take a comfortable 1-2, with Gilles Villeneuve and Didier Pironi fiercely battling it out for the first position. Ferrari issued team orders, asking both the drivers to slow down to minimize the risk of a mechanical failure. But the drivers continued to fight for the place, with Pironi eventually coming out on top on the last lap.

1985 – The 1985 edition of the race saw many drivers struggling with fuel management problems. Alain Prost won the race but in a sensational turn of events, was stripped of the win later on when his car was found out to be 2 kgs underweight. The victory was handed to the 2nd placed Elio de Angelis.

1988 – The ’88 season saw the McLaren domination at the track and started the rivalry between Ayrton Senna and Alain Prost, arguably the biggest on-track rivalry the sport has ever seen. Senna edged Prost in this one, who finished just behind him.

1989 – An emotional event for the Tifosi, as the track was renamed after Enzo Ferrari, who died the year before. This season’s race is mostly remembered for Berger’s crash and his car catching fire.

San Marino Grand Prix, 1994 – The weekend was termed as the blackest weekend in the history of the sport. What transpired at this race changed the whole complexion of Formula 1 in the coming years. During the Friday practice, the Jordan of Rubens Barrichello was launched over a kerb at Variante Bassa, knocking him unconscious. Timely medical attention paid dividends, as it saved the Brazilian’s life after the horrific incident. Then, during the Saturday qualification session, Austrian driver Roland Ratzenberger crashed head-on into a wall at over 310 kmph at the Villeneuve corner after his Simtek lost the front wing, dying instantly from a basilar skull fracture. And this wasn’t the end of horrors at the event as more misery was yet to come.

Ayrton Senna in his Williams

The next day, the 3-time World Champion Ayrton Senna lost control of his Williams FW16 at 325 kmph and crashed into the concrete wall at the Tamburello corner on Lap 7. He succumbed to the injuries on May 1, as a piece of the car had pierced his helmet and skull. Michael Schumacher won the race, but the whole F1 fraternity mourned the loss of two extremely talented drivers.

1999-2006:  After the alteration of the track in 1995, it was Schumacher domination from 1999 to 2006. After winning the ‘99 event with ease, Michael Schumacher finished first after a tough battle with Mika Häkkinen in 2000. 2001 saw the rise of the other Schumacher, Ralf, as he won the race, driving his Williams-BMW to glory. From 2002 to 2004, it was a hat-trick of victories for Michael. Fernando Alonso got the bragging rights with his Renault in 2005, but it was again Michael Schumacher in 2006 who won his record 7th San Marino GP.

After a lot of speculation, the race was dropped from the calendar for the 2007 season to make way for the Belgian GP and since then, the track has never featured an F1 race.

The circuit at the time of the 1994 San Marino GP

After the horrific events of 1994, the circuit continued to host races, albeit with a lot of revisions. The flat-out Tamburello corner was reduced to a 4th gear left-right sweeper with a gravel trap added to it. Similarly, the Villeneuve corner was made a complementary 4th gear sweeper, also with a gravel trap on the outside. To retain the high-speed calibre of the track, the arduous Acqua Minerali chicane was eliminated and the lower Variante Bassa chicane was straightened into a single chicane. Before the 2006 San Marino GP, the higher Variante Alta chicane, the hardest breaking point on the lap, was also modified. The kerbs were lowered to lower the risks of any fatalities. After the circuit was removed from the calendar in 2007, further developments were made to the track, the most significant one being the removal of the Variante Bassa in 2008 for a modern pit lane.

The much-awaited event this time round has been named Formula 1 Emirates Gran Premio Dell’emillia Romagna 2020, in honour of the region the circuit is situated in. With this, the circuit will host a World Championship race under a third different name after the Italian GP and the San Marino GP. Imola will be hosting the event between 31st October and 1st November. Due to the logistical issues, it’ll be a two-day event, with a single practice session on 31st followed by qualification, and the featured race on the next day. The circuit length for the race is 4.909 kms, with 63 laps making the total race distance to be 309.05 kms. The only driver on the current grid to have ever raced at Imola is the veteran Kimi Räikkönen.

Michael Schumacher holds the current record for the most wins at this circuit with 7, followed by 3 victories each for Alain Prost and Ayrton Senna. As for the constructors, Ferrari dominates at the top with 8 wins, followed closely by 6 wins each for McLaren and Williams. It’ll be a real treat to see who will come out on top this time around, and whether the race will be revamped for the 2021 season or not! Goditi tutti! 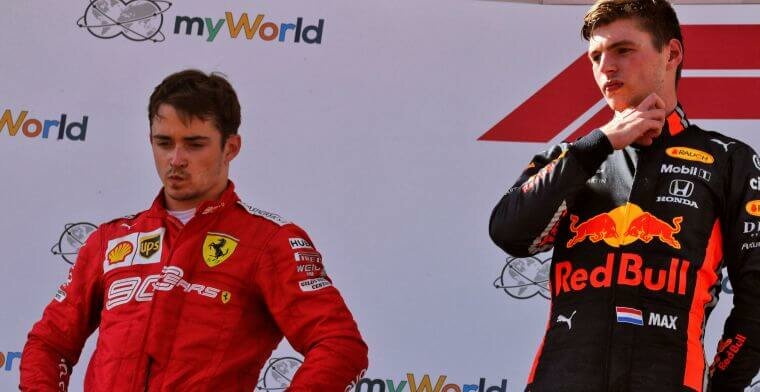