The defending champions have had their share of batting troubles in this IPL. Even though their opening pair had a decent run in their last championship-winning season, it was their middle order that made the title retention easier for MI.

The cordon of SKY, Ishan Kishan, Hardik Pandya and Kieron Pollard did a splendid job throughout the tournament, giving none of the other teams a sniff.

But this season has been a completely different story for the men in blue as none of the four other than Kieron Pollard haven’t looked their usual matchwinning selves.

While Suryakumar Yadav has been in appalling form and hasn’t scored a single double-digit figure in his last five innings, Ishan Kishan has been dropped from the squad and replaced by Saurabh Tiwary who in fact has been their best batsman this season so far.

As none of the top four batsmen have clicked for MI, the responsibility has fallen to two of the most devastating batsmen in T20 cricket- Hardik Pandya and Kieron Pollard. While Pollard has looked decent, if not destructive, Pandya has struggled to reclaim his form after a disastrous run that had lasted for almost a year.

However, against the Punjab Kings, the lion finally woke up from his slumber. And if Hardik keeps this up, the playoff dream can become a reality for MI.

After a sturdy start that saw him struggling to middle the ball, Pandya was dropped at 7 by Harpreet Brar in the 13th over of the game. The flamboyant all-rounder was clearly looking rusty, as he has throughout the tournament and didn’t seem like the man to get MI through the run-chase.

However, he hung in there, got through some slim pickings, and finally was able to find form after a series of poorly timed shots throughout this season. He struck a confident Mohammed Shami for a 6 and 4 in the 13th over of the game, turning the tide towards Mumbai.

The duel between Pandya and Shami made for great TV as both of them looked like they’d want to annihilate the other and put a nail in the coffin of the opposition. Eventually however, Pandya reigned supreme.

With 16 required off the last two overs, the seasoned Shami was expected to handed the ball in the 19th over and rescue the Punjab Kings like has done numerous times before. Initially, the reverse swing specialist tried outsmarting Hardik by bowling against the field and to be fair, it was working out for Shami until a point.

And that point was when Hardik Pandya finally calling Shami’s bluff and scoring 15 off the last four balls of the 19th over, sealing the game for the Mumbai Indians.

Pandya’s 40 off 30 was crucial in MI’s run chase and if there’s a gamechanger that can turn his entire franchise’s season on its head, it’s this man right here.

Lest we forget, Hardik has also had a forgettable run donning the national colors, whether that is against Sri Lanka earlier this year or his dismal run of form in the IPL.

This forgettable patch led to some serious discussions about him losing his place in the T20 World Cup starting XI.

But, if we get to see a more assured, explosive Hardik Pandya for the remainder of the tournament, it is a win-win-win (yes we’re making a new term) situation for him, Mumbai Indians and India. 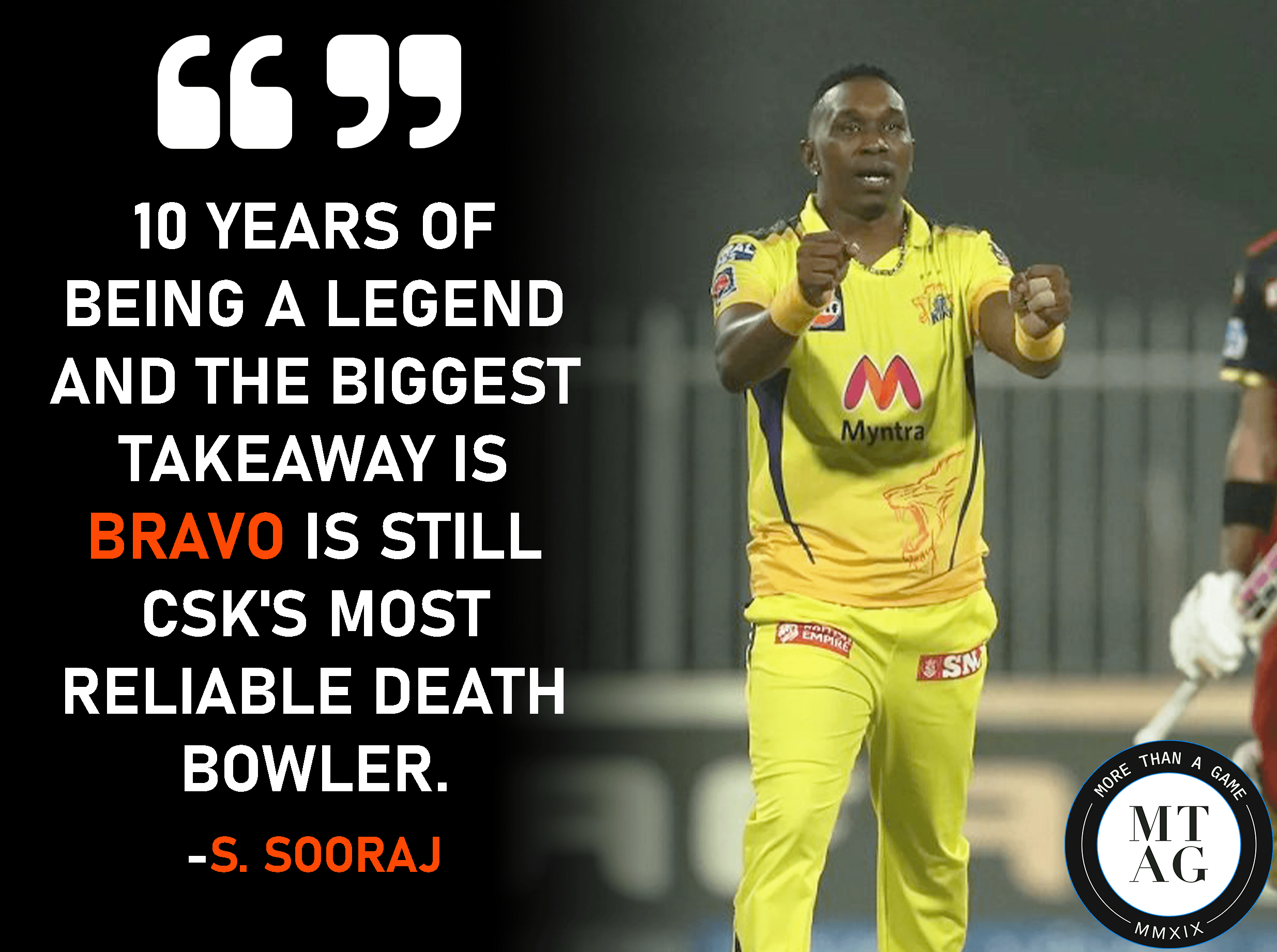 THE REVIVAL OF DWAYNE BRAVO: THE DEATH BOWLER