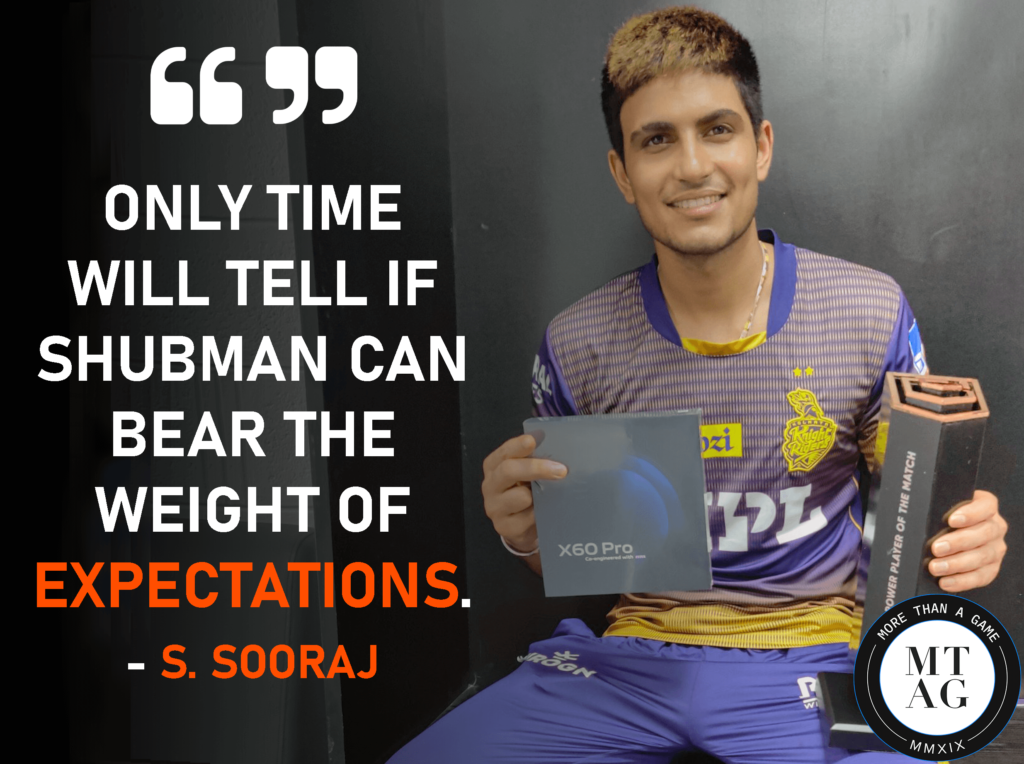 We saw batting collapses time and again from Eoin Morgan’s men in the first phase of the IPL. Settling for below-par scores and crumbling down in run chases became regular for KKR, seeing them win only 2 of their first 7 games. While they do have enough ammo in their batting arsenal, unfortunately, none of them seemed to fire.

With Shubman Gill, Venkatesh Iyer, Rahul Tripathi, and Nithish Rana comprising KKR’s top four, all eyes are on the player with the most international experience of this lot. And that’s a certain Mr. Gill.

The hype that has been pinned on this lad is enormous and he certainly has the talent to live up to those expectations. And this season, morrethan any other will be crucial for Shubman to not only rise to the seniority, but also see through this Knight Riders team to the playoffs.

It’s safe to say that Shubman Gill didn’t have the greatest first half of IPL in India. He wasn’t able to get scores that justify his immense talent and lost his wicket simply way too easily at times and uncharacteristically, that too.

However, the second half of the competition needs to see him back at his brilliant best if KKR have any dreams of fighting with the big boys in the business end of the Indian Premier League.

And there is a game in the tournament that can test a big player’s mettle, it’s against the Mumbai Indians. Especially as a batter, considering Jasprit Bumrah and Trent Boult spearhead one of the fiercest bowling attacks in the IPL.

Scoring runs against this bowling attack is passing the acid test for any batsman and a reminder of just how gifted Gill is.

In the previous tie against RCB, we saw a few glimpses of just how good he actually is, and the best is yet to come.

The reason why Gill’s talent continues to be drilled into as a talking point because it’s rare to see a 22-year old batter who can play almost every shot in the book.

A true gem of a find, the Indian international has the potential to turn the Knight Riders’ season from mediocre to magnificent, just with the power of the weapon he wields in his right hand. 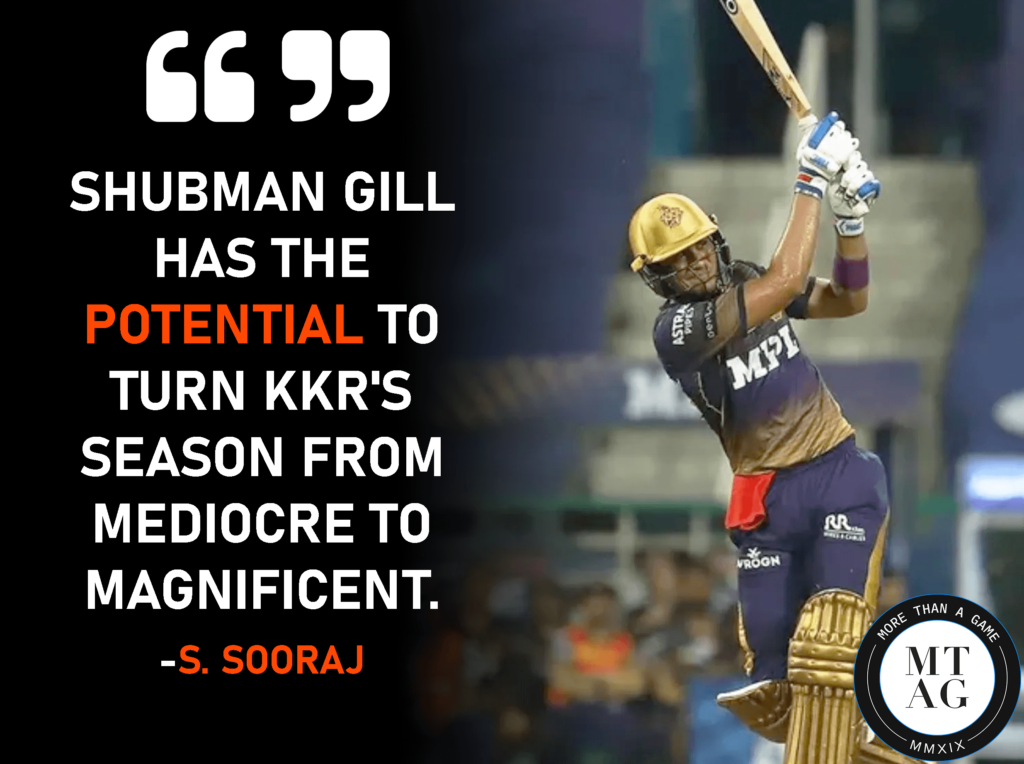 And him settling at the top and seeing through 10-12 overs will take the pressure of the experienced middle order of Morgan, DK and Russell who can be as explosive as they usually are. Simply put, the fortunes of KKR completely rely on the young buck.

As we saw Trent Boult and Adam Milne wrecking through the CSK batting line-up on Sunday, the partnership between Gill and Venkatesh Iyer will be vital on Thursday. But slippery slopes like these take players of Gill’s ilk to levels even they haven’t expected of themselves.

Heavy is the head that wears the crown and only time will tell if Shubman can bear the weight of expectations. 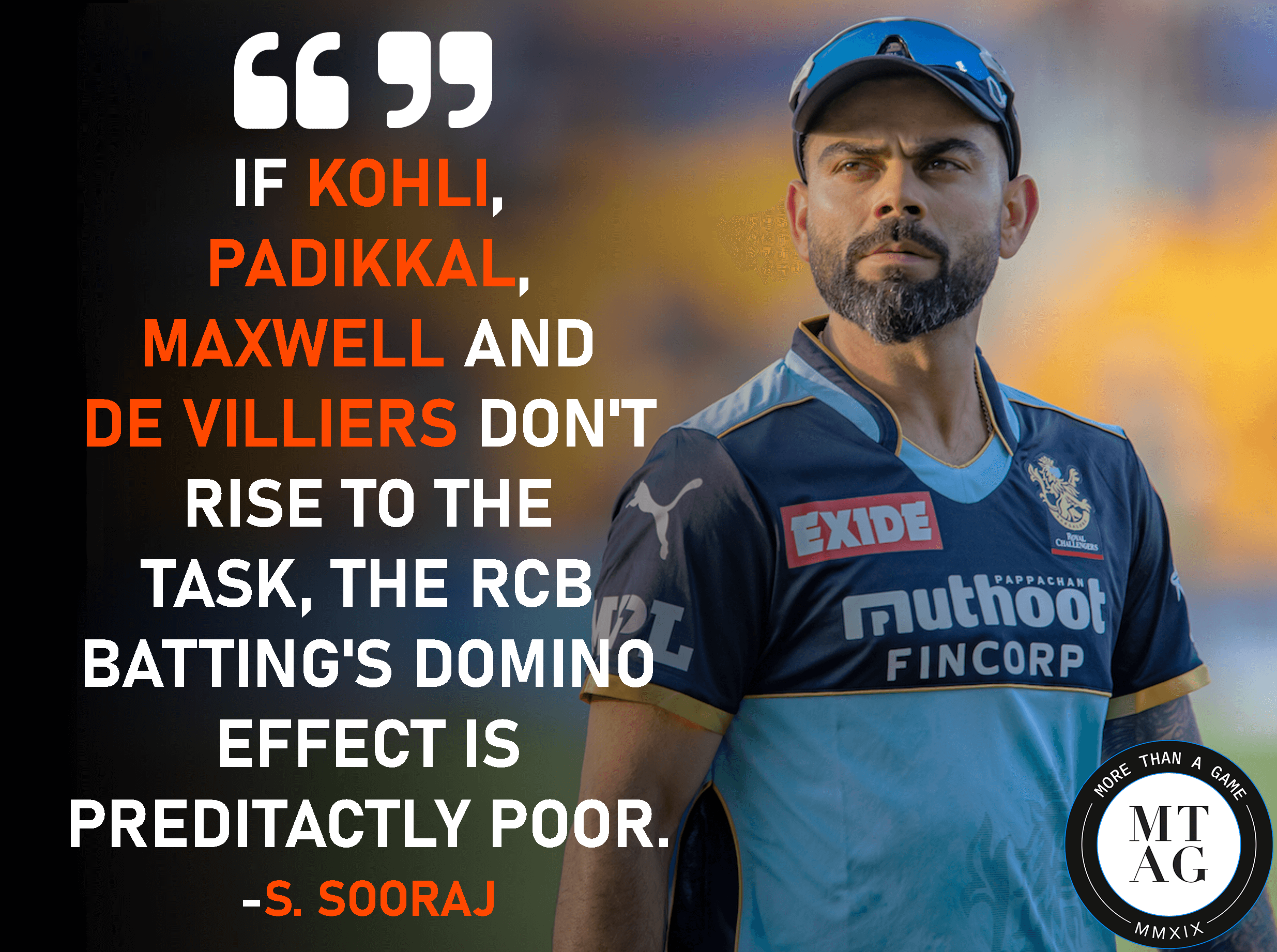