WHY THERE’S A COMEBACK ON THE CARDS FOR KOHLI AND CO. 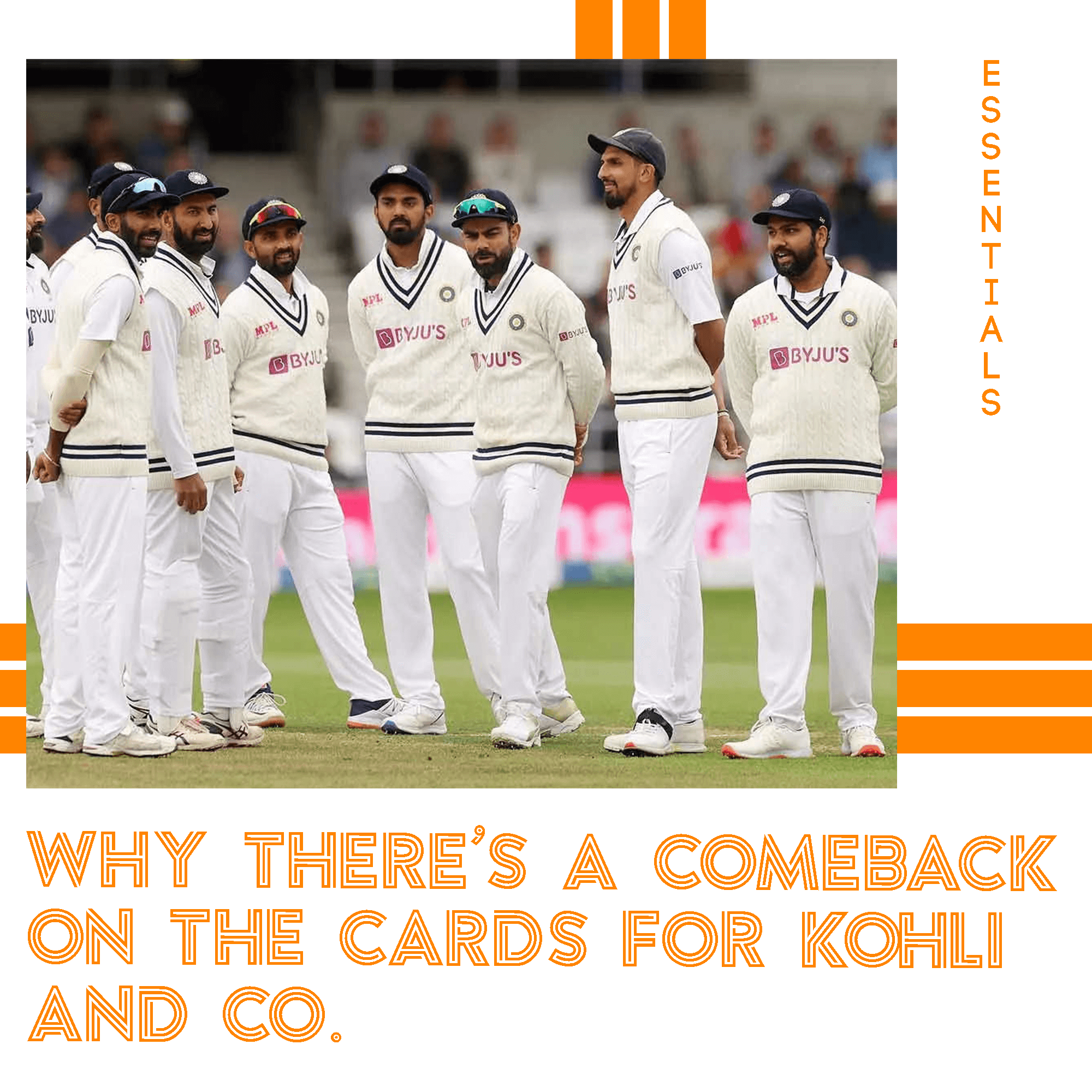 This article champions the undying resilience of India’s class of ’21 and why counting them out at Headingley is a risk not worth taking.

After what was an embarrassing defeat at Headingley, India are headed to Oval for the decider. The stakes are sky high, especially after the Indians suffered a crushing defeat at the hands of the English.

While the morale for a side that has just suffered an innings defeat is likely to be below sea level, that most certainly is not the case with India’s class of ’21. This bunch have made coming back from muddles, time and again a habit.

Be it toppling Australia after the infamous 36 all-out to go, when even the most patriotic of Indians had no optimism to offer to the magic at Lord’s, this team embodies resilience.
India have been arguably been the best Test team in the world for the past couple of years. And this is after taking into account the debacle at Headingley.

78 all-out in the 1st innings and 62/7 in the first couple of sessions of the 4th day are not the best representations of the embarrassment of riches with the bat the Men in Blue have at their disposal.

Sure, the criticisms towards the Indian side’s fair share of issues with the bat, especially in the middle-order are more than justified. While skill isn’t an issue for the Indian batsmen, hastiness and immaturity have been the perfect cocktail for failure.

However, India’s way out of this puddle is more than just a matter of mere skill. Amongst the millions that live and breathe cricket in India, not one of the sport’s devotees needs a reminder about the talent at hand amongst the Indian camp.

Clichés exist for a reason and once again- the principles of digging in deep and showcasing an unquenchable thirst for triumph will drag India across the line at the Oval.

And with Virat Kohli being the general of this army of Indian cricketers, dying for the cause is a pre-requisite.

The 2nd Test at Lord’s is a fine example of how King Kohli’s undying resilience is the theme behind this special side’s unforgettable wins.

Every time the team was down and out, they found inroads to make ends meet. When the in-form openers were dismissed early, a rusty Pujara and an out-of-touch Rahane stepped up, anchoring the innings for the side.

And when there weren’t enough runs on the board, the tail that wasn’t expected to wag for too long put on a splendid display, as Bumrah and Shami played knocks that deserved places on the honours board. 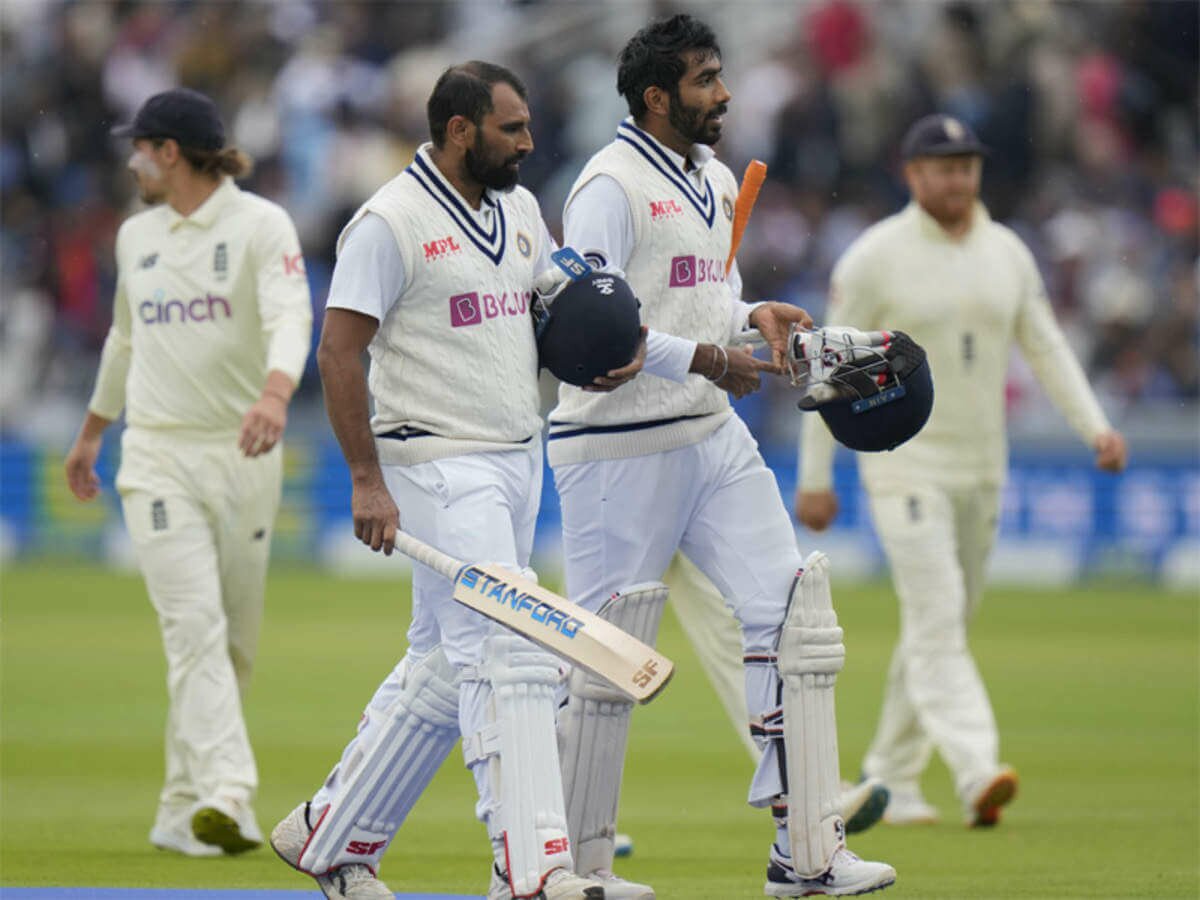 As we all know, scoring a 50 at Lord’s on day 50 isn’t as easy, despite the Bumrah-Shami duo batting like seasoned Test batters in their primes. An assertive bowling performance to follow up the heroics with the bat sealed a famous victory to tell your grandkids about one day.

It’s tough to stop coming out with these clichés when this side write scripts films would reckon were unrealistic.

Just to put the unbelievable scenes under the microscope for a moment, the sheer aggression we witnessed at Lord’s was unreal. To the point where you almost every Indian fielder was parked inside the 30-yard circle.

The will to win comes off as if it’s been pre-programmed in a side that gets the job done.
Look, this isn’t to say that this side is flawless. Far from it. In fact, major losses, such as the World Test Championship Final as well as the annihilation at Headingley didn’t make for good TV if you bleed blue.

But if there’s a side that’s all bite and no bark, it’s the Indians. The Aussies certainly don’t need a reminder as the ghosts are very much alive at Gabba, to this day.

Amongst Virat Kohli deservedly being championed for his greatness over the years, his captaincy hasn’t received the same applause. But what Kohli brings to the side as a skipper is a rare sight as an Indian skipper- the unquestionable desire to rule Test cricket. 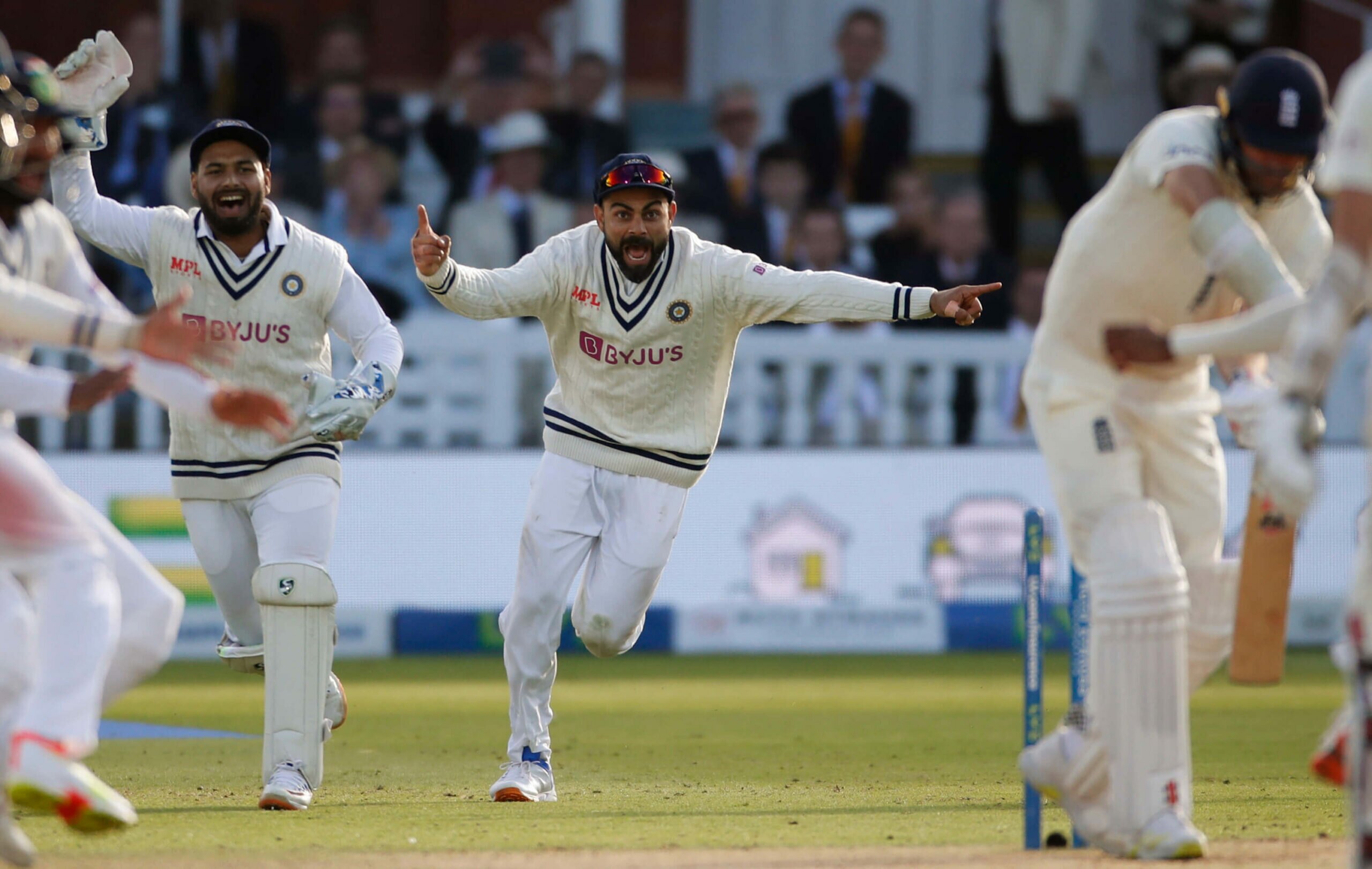 Kohli is front and centre of India’s Test revolution

Creating a culture where striving for the absolute peak is a given, it’s tough to spot an Indian test that embodies a unit like this bunch right here. Gone are the days when the longest format of the game was always carried a handful of superstars.

India has managed to cultivate a superteam where even the second-string side could stroll their way into any other nation’s strongest XI if they held a different passport.

And it’s not merely a case of Kohli roaring alone while the rest meander quietly. KL Rahul’s comments after the legendary triumph at Lord’s emphasises this very opinion.

This side have got each other’s backs and bullying them is risking getting bullied yourselves. If that isn’t the Virat Kohli Effect, what is? Despite the poor string of performances with the bat, the West Delhi-bred skipper’s indelible impact is worth it’s weight in gold for a side that has redemption on its mind.

This Indian side knows the formula for recording famous victories for fun and counting this team out is always a bad idea. Even against Joe Root putting up unassailable numbers like it’s nothing.

A high-quality bowling attack that can make any batting order tremble, the ability to boss the occasion  on overseas soil and the heart to come back from adversity, over and over again, this team has the recipe to becoming a champion outfit down to the very last ingredient.

Oval awaits a turnaround from a side that has made making history a routine. 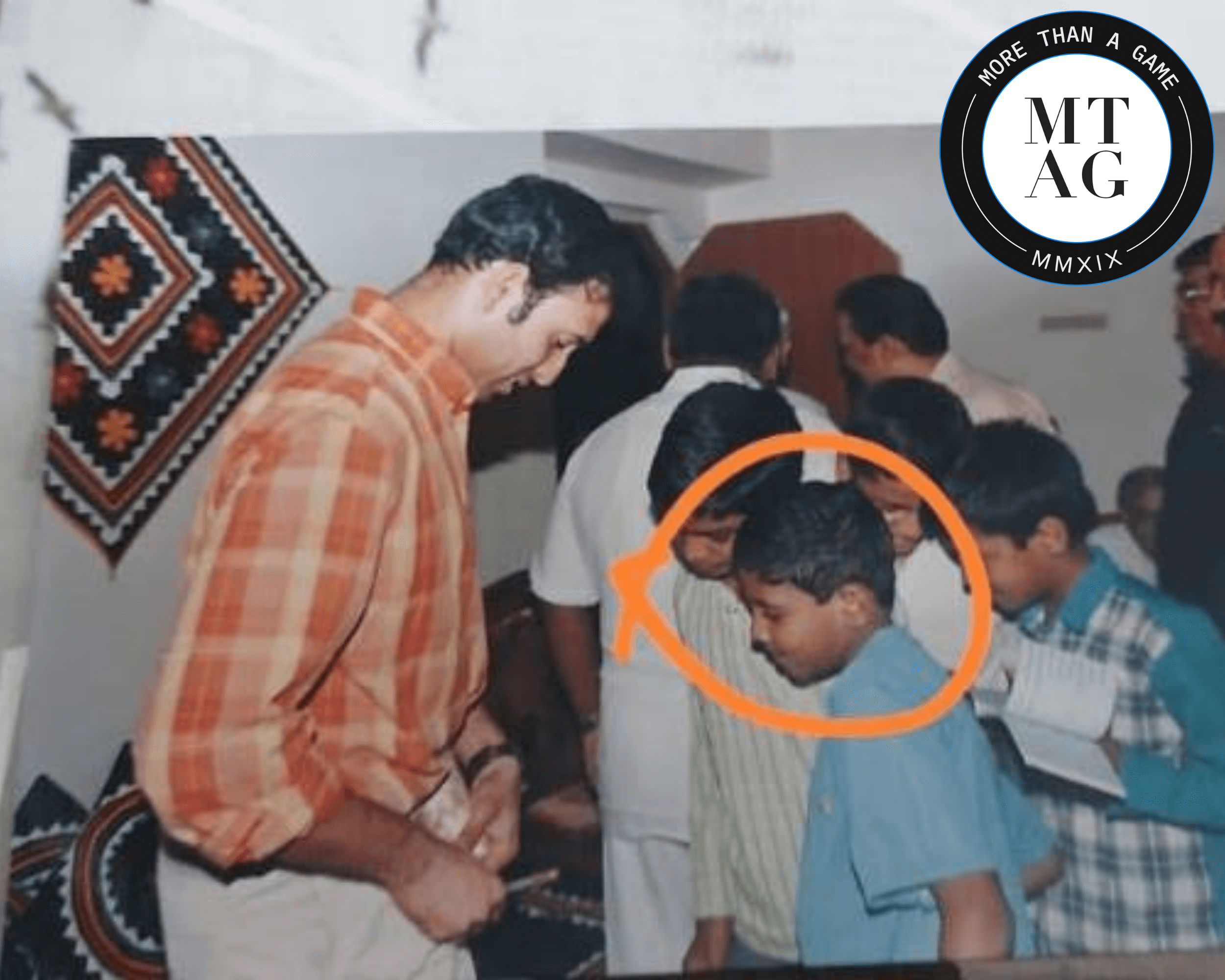 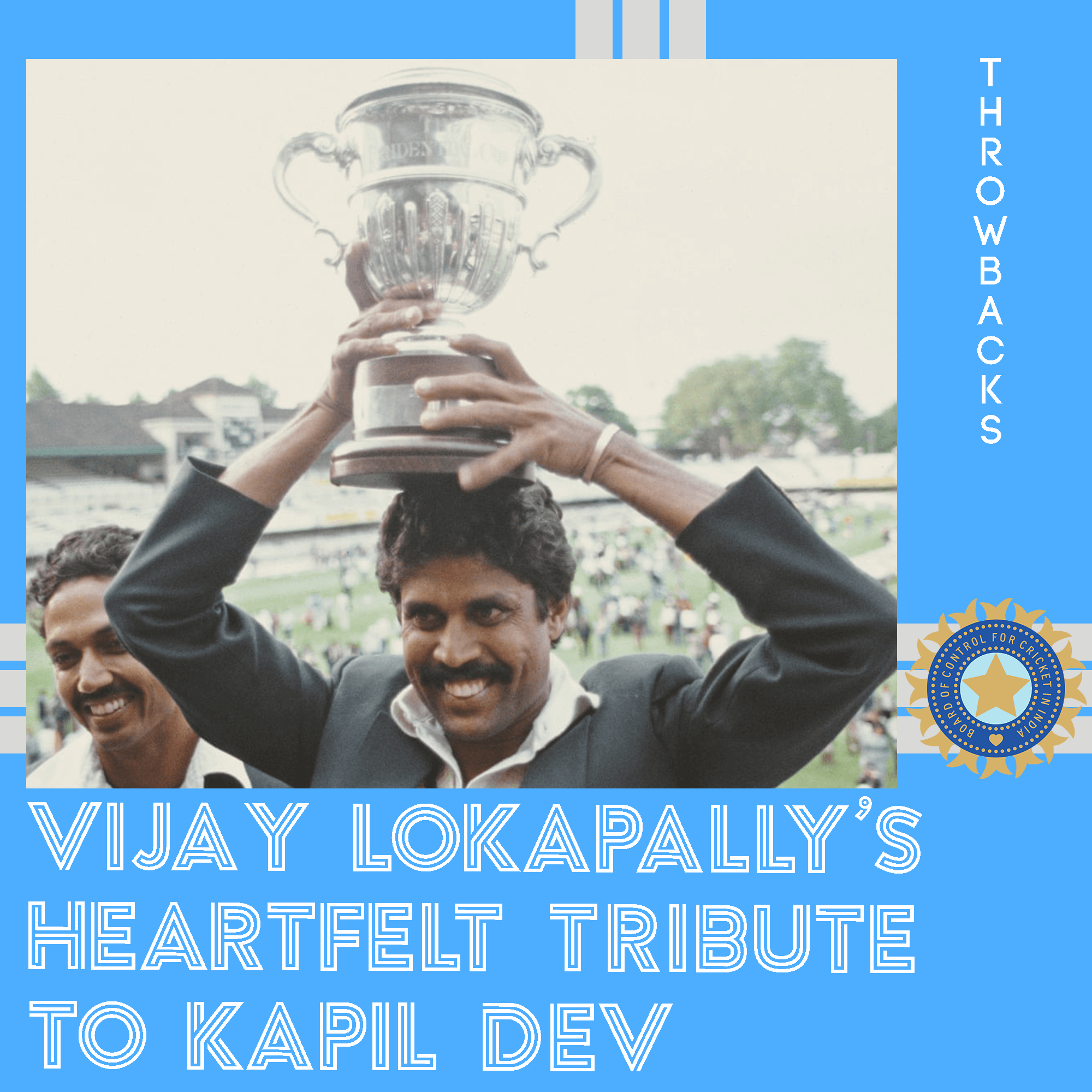