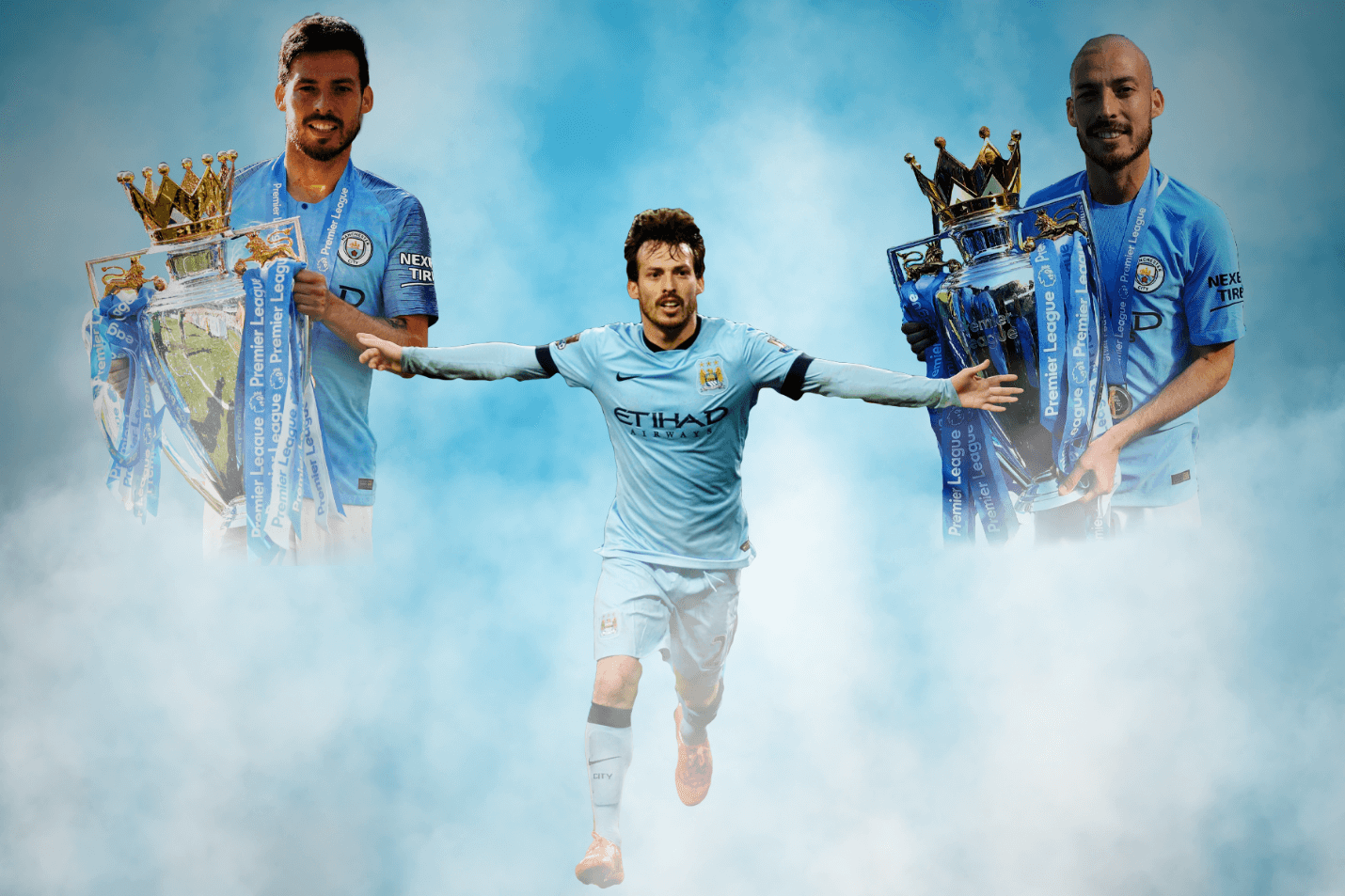 It doesn’t take an analyst to appreciate the mastery of Luka Modrić. But during his early years in North London, the Croat was yet another misunderstood artist who had fallen victim to the Premier League’s misplaced expectations of brute force being the only viable currency for respect. At the risk of turning this into a pseudo-therapy session, did this stem from England’s footballing complex of their European counterparts where technicians called the shots and also ran rings around them, tournament after tournament or was this simply just a regressive cultural phenomenon? There’s one that’s going to keep you occupied but what’s more telling is that even a visionary such as Arsène Wenger passed up the chance to sign the magisterial Modrić for his physical shortcomings, as revealed by Harry Redknapp in his book, ‘It Shouldn’t Happen to a Manager’. Yes, Wenger said no to a diminutive midfield maestro.

With the most progressive man in English football refusing to believe the hype about a player who has gone on to become an all-time great, another wide-eyed and twinkle-toed ballerina in David Silva had arrived onto English shores and it’s safe to say that the welcome wasn’t with open arms. Slap a £24 million transfer fee onto that, which seems like pocket change now, but was one of the largest outlays in 2010 and the no-nonsense start to the Manchester City project and everyone’s an expert on why signing Silva was bound to be an inevitable failure. Whether it’s painting him with the same brush that tainted Modrić’s early beginnings at Tottenham, branding him as “too small” or “too lightweight” for the Premier League or citing the 2010 World Cup where he had only managed to make two appearances, despite ending up with a winner’s medal; the Spaniard wasn’t short of sceptics. Roberto Mancini, however, was never in doubt.

“In signing David, we are showing the world that we are bringing the best players here and that we hope to compete to win the Premier League.” 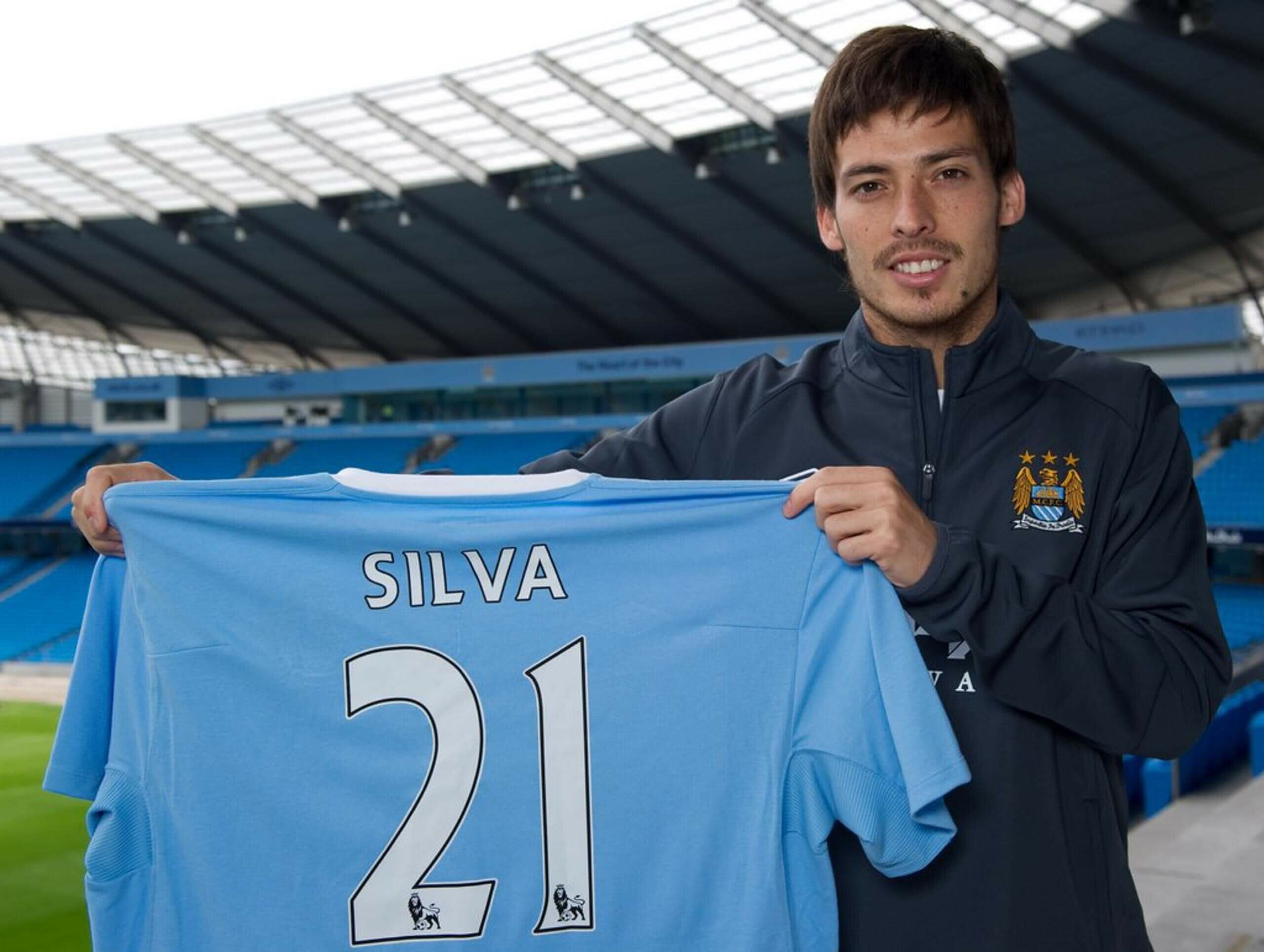 Confident as per, Bobby. And with how things turned out, the critics look like clowns.

But it’s players like El Mago that often have to bear the brunt of those who disprove that hindsight indeed is a wonderful thing as the world of keyboard warriors, for the lack of a better term unite to assemble threads on social media, posing as ‘mythbusters’ on why and how a certain player is overrated. The most basic of statistical evidence is the crux of such flawed arguments that only arrive to the conclusion that the so-called “expert” in action’s credibility is as close to the number of times they’ve witnessed said player in action: none.

At this rate, you’d be led to believe Paul Scholes wasn’t better than your PE teacher if you more than do your daily rounds on social media. If you know, you know.

Numbers don’t do justice to sheer genius and before jumping to conclusions, there’s your golden rule to keep note of, lest coming across as disrespectful and worse, uninformed. Sure, you can quantify Silva’s uncharacteristic screamer against Hull in City’s title-winning 2013-14 campaign after Vincent Kompany was sent off early doors; a moment of magic that dragged the eventual champions to a hard-fought win or even his unbelievable pair of free-kicks since the restart, but how do you account for what he makes you feel when he’s doing what he’s born to do?

For a decade straight, David Silva’s made you “ooh” and “aah”, whoever you are and wherever you’re watching from by making you believe that the most globally recognized sport is child’s play. Try any of the same things at your gaff and you become an instant meme. Plucking the ball out of thin air without breaking a sweat, finding passes that the others can never see, finding spaces on the most crowded pitches in the world and dictating games like the conductor in an orchestra don’t come naturally to everyone. To Merlin, it’s just a regular day at the office.

Reducing artists to mere numbers is a clear indicator of one’s inability to understand what makes them special in the first place. Much like the long list of “you have to see it to believe it” moments in life, put David Silva in the same category.

And then there are moments that can accounted for, yet they mean so much more. Wriggling past the Blackpool defence to score what arguably remains his greatest ever goal in his debut season or turning the West Ham defence inside out four years later to do the same are the highlight reels one would want to show to introduce the antithesis of a YouTube footballer. His chested through ball for Edin Džeko in the iconic 1-6 Manchester derby is one that could quite possibly go down as the league’s best ever assist. But the moment that defines David Silva, the professional and the person was his free-kick against Huddersfield in 2018.

After coming off what was City’s and English football’s greatest ever domestic campaign and a personal cracker of a season, Silva had shown immense mental fortitude to overcome what he described as the “darkest and toughest moments” of his life due to the premature birth of his son. With the young Mateo spending five months in the incubator, with his life on the line, seeing the wizard play at what was quite possibly the peak of his powers was testament to the fact that he really was built of sterner stuff. Not to imply that anyone who’d buckled under the sheer gravity of the situation as weak-minded in any way, shape or form but one has got to give credit to Silva where credit’s due.

As Mateo recovered and had the chance to witness his legendary father live in the flesh at the Etihad Stadium, Silva pulled out a worldie from the bag. It was poetic justice, if ever there was such. 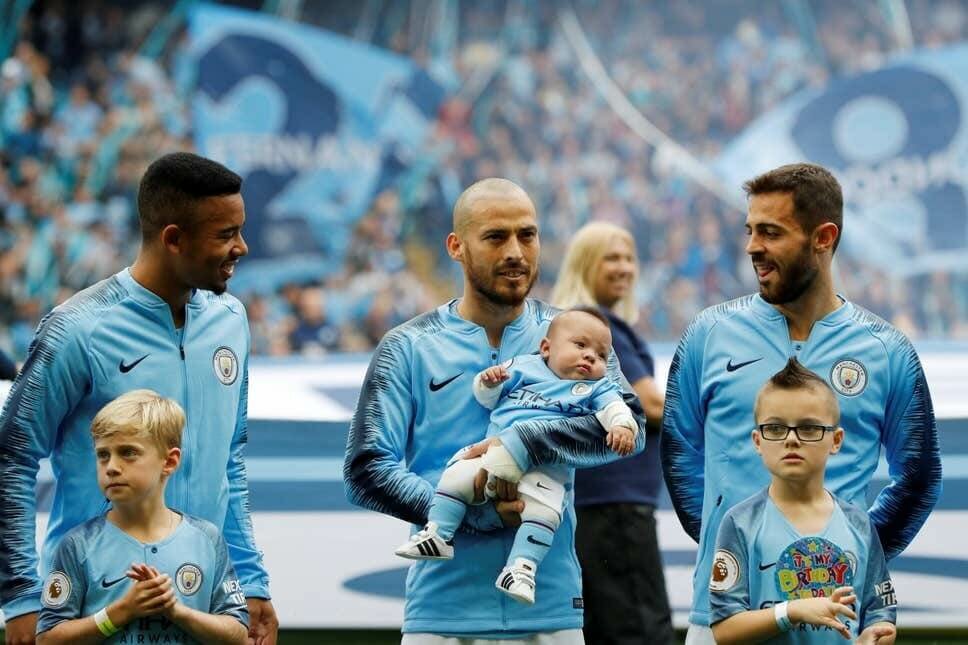 When David bid farewell to the sunny streets of Valencia to step foot in rainy Manchester, he was 24 years old. In footballing terms, that isn’t considered young and a player is expected to be entering the years of his prime. In life terms however, you’ll find many-a-24-year old admitting to the fact that they’re figuring things out as the days pass and a pivotal part of that journey is to fall, pick yourself up, dust yourself off and keep going. If a David Silva in his mid-20s were to have fallen victim to the trappings of fame, power and the root of all evil in desire, in a country where any and every Premier League footballer quite literally has the world at their feet, as much as he’d be crucified by the unforgiving press, a sensible mind would just shrug the stories off and kind of see where he’s coming from.

To bid farewell to everything you’ve ever known for a new home in England, after a life of struggle and hard graft like most people can never even fathom, let alone relate to, competing amongst Spain’s unstoppable conveyor belt of glorious midfielders, it wouldn’t be criminal of Silva to let his hair down for once now that he had made it into the big leagues. Quite literally again. But forget a negative headline, you won’t even hear a squeak from someone that paints David Silva in a negative light. As Jamie Redknapp rightly pointed out after the icon’s last ever game for the club, the Spanish international has always done his talking with the ball at his feet.

“Even to hear him speak, in the 10 years he’s been here, he’s probably not even done 10 interviews. We don’t know a great deal about him. He’s so unassuming. He’s just got on with his football. He’s always let his football do the talking on the pitch.”

In an era where broadcasting every single detail of your life has become the norm and multiply that by a million with cameras on you every second, David Silva sticks out like a sore thumb. Much like he does on the pitch.

After all, all-conquering midfielders are held in the highest regard in English football, be it Steven Gerrard, Frank Lampard, Patrick Vieira or Roy Keane. When using the term ‘all-conquering’, the implication is that there is a domineering presence on a certain end of the pitch that makes the player stand out from the rest. What may seem like a fair assessment at first glance goes back to English football’s inability to accept nuance. It’s got to be flamboyant and in your face for hands to start clapping and appreciation to turn into applause.

A certain Kevin De Bruyne is easily the most complete player in his position on the planet and is well on his way to write his name into the history books as one of the game’s most complete midfielders ever. It may sound a little too early to say so and he isn’t there yet, but with the way he’s going, the Belgian’s got a date with greatness in his destiny. Some may argue that he may usurp Silva as a Manchester City great and that’s where the assessment is far from being fair.

Footballing wise, KDB could outdo Silva. But as a legend of the club, the argument’s null and void even before a word’s uttered because in this bygone decade of dominance for the Sky Blues, Silva has been the single most decisive pillar of the club’s intricate, jaw-dropping style of football that’s catapulted them to the top of the tree of English football. The Spaniard’s the brain, the face and the feet behind City steamrolling their way into the conversation amongst the European heavyweights.

You may put forth the five names in Premier League history that have laid the ball on a plate more times than the man himself, foolishly forgetting the number of pre-assists, the passes that left his boot to set a Carlos Tevez as well as a Gabriel Jesus on the way and how each and everything brilliant City did on the pitch from 2010 to 2020 flowed because of the presence of one man making things tick all over the pitch and with stunning ease.

The idea that stats ruin football is archaic in itself, but passing the eye-test for a footballer is one that should never become a thing of the past and whatever strip you wear, city you represent or team you identify with, you’d be lying to yourself if you said David Silva wasn’t as easy on the eye as could be.

As Silva walked off the pitch against Norwich City, with City making easy work of visitors and taking a feather from the cap of a man who has done the same for 10 years straight, week in and week out, the way his teammates embraced him in what was unfortunately “the smallest standing ovation of all time” due to the ongoing distressing times, all one can say is he walked off that pitch as the club’s greatest ever player for a majority of the fanbase. It’s a pity he couldn’t get the rapturous farewell he deserved but when normality returns, the outpour of emotion from the blue side of Manchester will tell a story we already know. 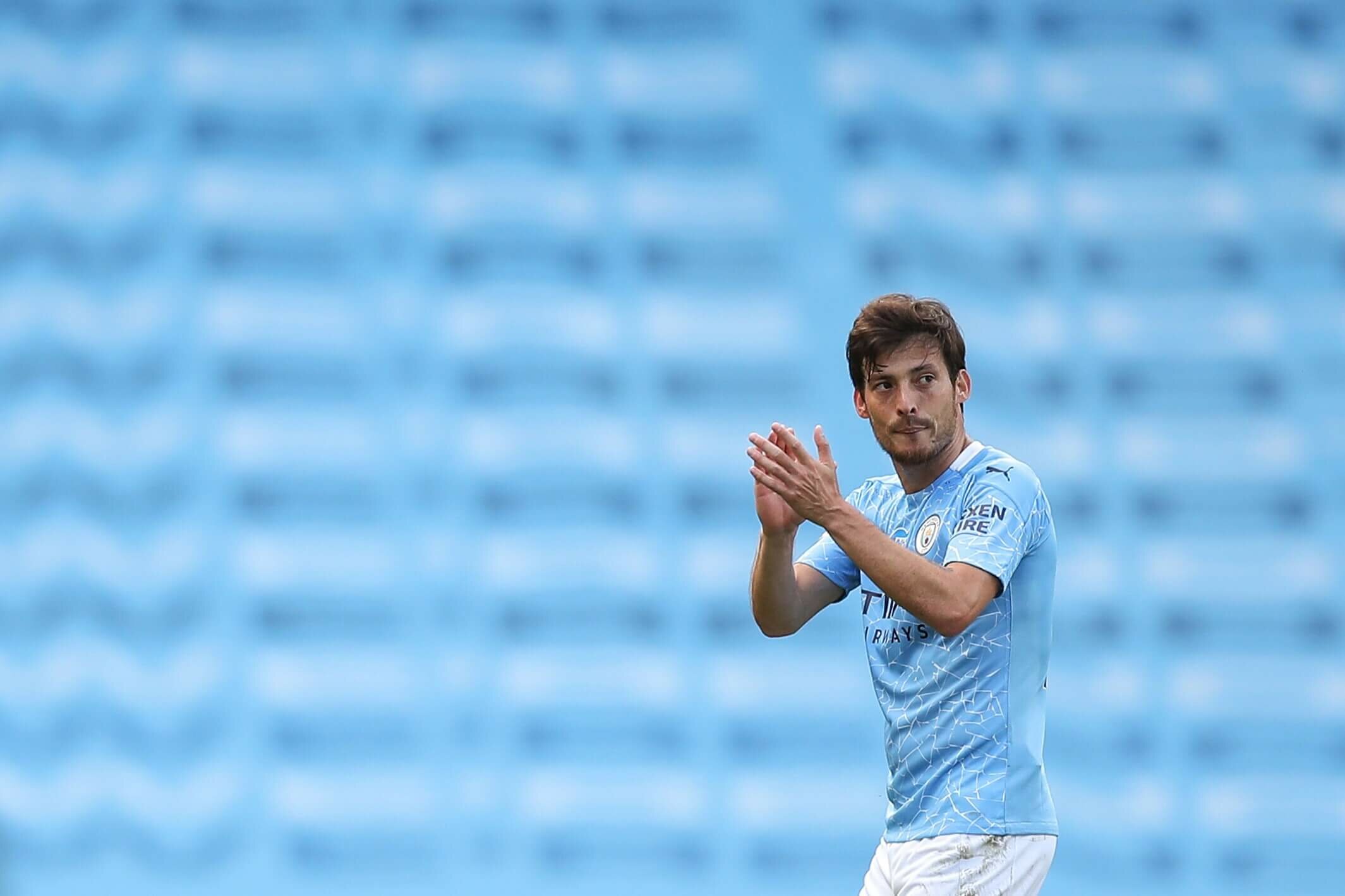 Looking back at Silva’s first words when he arrived at City, one reckons he’s ticked all the boxes he intended to in 2010.

“It will be nice to do my little bit, along with everyone else here, to win something important for Manchester City. That’s what we’re here for, to win titles. It’s a great atmosphere amongst the lads here and we’ll all be doing our best.”

We think he did do his best, to put things mildly. Farewell to a legend who is way beyond any numbers or words you throw at him. 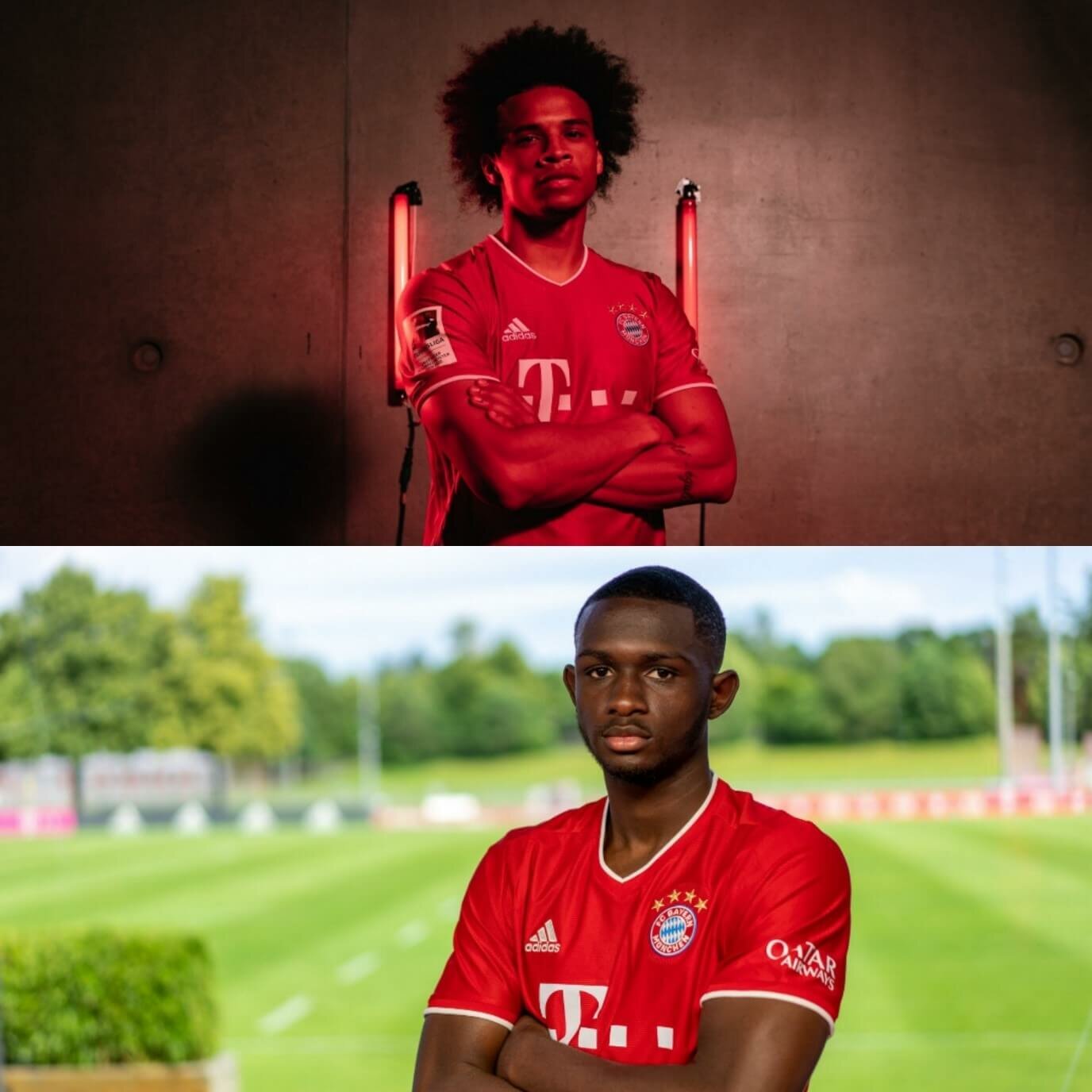