Throw the word ‘centre forward’ at any football fan on the face of this earth and they’ll come right back at you with pre-eminent names that have graced and thumped the game with goals, tallying the records that go deep into the triple digits. There is no surprise as to how and why the central pieces of the forward line are the most acknowledged players on the pitch-they put the ball in the back of the net. These goals come with accolades and the Golden Boot has been the honour the very elite strikers have set their eyes on, came close and left ruing that one chance they failed to bury.  With all the charm that the coveted shoe carries, pundits, fans, self-proclaimed experts and almost everyone on Twitter put a bet on who’ll go home with the decorated piece come the end of season.

Studios and screens run divided opinions, but not all goalscoring men are up for contention, but somehow is the same gang of punishers every season. It’s been a monopoly of tier one ballers and so was the story before the start of the 2019/20 season. Though one man slipped under the radar of panellists and to be fair, he’s made a living out of slipping the radar and coming up with the goods. The experts however were left dumbfounded when Lazio’s No. 17 was crowned with the prize with a game in hand and without even touching the ball in his final game. Ciro Immobile has enjoyed a remarkable campaign with a number of iconic frontmen left trailing in his wake. The continent’s best marksman for the year wasn’t a man with a hefty price tag or a name amongst the GOAT opinion polls. Nonetheless, Immobile did manage to beat all of his contemporaries and the odds.

Naysayers and all of Bayern Munich’s loyalists make a terrific argument as to how their Robert Lewandowski was robbed off the honour considering the Bundesliga team only play 34 games in a domestic season which is 4 less than any other top league in Europe. But all of them consciously look away from the fact that Immobile did not have the raumdeuter supreme in Thomas Müller feeding him chances. This isn’t to take anything away from Lazio’s creators but the levels in quality between both sides is staggering. Netting 35 goals in 36 games, Immobile became the top scorer, both in Italy’s Serie A and in Europe.

The 30-year old Italian striker is a sumptuous finisher who’ll pop a shot at goal from just about anywhere but you won’t find many players smarter than him when it comes to shot selection. Immobile is blessed with an incredible sense of positioning which he has been depending upon to terrorise defences, feeding off crosses that his 6’0” frame is more than equipped to handle.

Immobile, while stationed inside the box, positions himself between the opposition’s right centre-back and right-back, a common theme of his style of play inside the box that makes him a constant threat. Simone Inghazi’s side are renowned for their width, especially through the Marušić-Anderson wing-back duo. they have set the ball on a plate for Ciro on occasions way more than one. Luis Alberto’s 15 assists in the league have made him the standout creator in Serie A and Immobile’s partner-in-crime.

Reading the flight path, speed and then immaculately judging the ball’s route, Immobile either holds the run or makes a blindside run. With the cleverness that he has developed over the years, the Italian international has mastered the art of making penetrative runs. Turn on a Lazio game or re-watch old footage and you’ll see an ever-willing forward creating space and opportunities, courtesy of his exceptional decoy runs.

While he is definitely not the only centre forward in the Lazio’s XI, the two frontmen in the team’s 5-3-2 have struck a terrific note. Joaquín Correa, while holding his position to push the defensive lines has enjoyed through balls from his counterpart who likes to drop deep to link play. All in all, he’s just not your average centre-forward. Immobile does it all.

In a series of firsts, the Capocannoniere of the Italian top-flight this season equalled the league record set by Gonzalo Higuaín with Napoli in 2016, brought back the golden shoe to coasts of Italy, for the very first time since 2007. A season full of surprises ended for Immobile with his best-ever return at 30 years of age.

Winning the very coveted Golden Boot was and always is going to be an uphill task as the closest challengers are all seasoned performers who have made a career out of bludgeoning opposition defences. His closest competitors in Robert Lewandowski and Cristiano Ronaldo had virtually dropped out of the race as their campaigns ended trailing, leaving Immobile with a game in hand against Napoli and the striker did what he does best: finish fantastically. A goal you’d expect the top-scoring centre forward in the Europe to score.

With the second-best goalscoring frequency in all of Europe, the Lazio man guided his team back into the Champions League. Immobile however has proven to be much more than just a finisher for the Rome-based outfit. Thanks to his burly physique, the Laziale hero is a crucial outlet for his side to release pressure when the opponent is pressing high. Oftentimes, Immobile is seen dropping deep to receive the ball, hold it diligently and allow his defenders and midfielders to step up their lines.

30 years young, Immobile keeps displaying what Italians describe colloquially as “senso del gol” (sense for goal) which is the ability to finish in almost every situation, from every position and with any part of the body. This however is not the first time the ex-Torino man has put up terrific numbers in the league. When he first set the Italian top flight ablaze in the 2013/14 season racking up 22 goals in the Torino shirt, Immobile had proven that he belongs at the highest level. For all of the sudden surge in the Italian’s popularity around Europe, Ciro Immobile has always been the striker you could go to war with, a splendid blend of strength and finesse, a willing runner and a footballer with an astute understanding of how the game works.

While Immobile’s comprehensive skillset fully expresses itself every season at Lazio, come next year, he has to make sure that he packs his form and all these outstanding qualities when he dons the Italian blue and steps up as a lone striker in Italy’s 4-3-3. Azzurri’s hope at No.9, he could be the decisive factor in Italy’s chase for it’s second UEFA European Championship, a trophy that the country has been missing for 52 years.

WHY DOES MESSI WANT TO LEAVE BARCELONA? 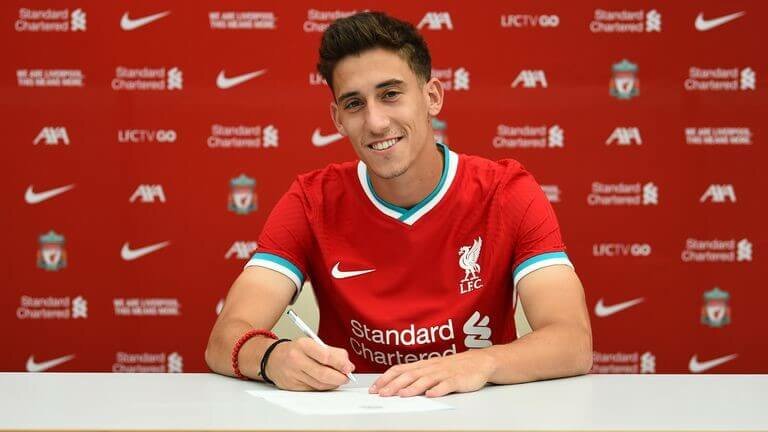