“Aloss for Mercedes but a victory for Formula 1.”

Toto Wolff made no attempt to shy away from addressing the overriding sentiment sweeping the paddock following a crazy Monza Grand Prix a couple of weeks ago. In fact, the Mercedes boss seemed in good spirits, as is almost never the case when his team have a poor day at the office. While Wolff has usually brushed aside talk of his team’s utter dominance of the field, this was perhaps the first time he betrayed a hint of complacency, not that anyone can blame him. We are just over the halfway mark in this season, but it has long been clear that all roads lead to a 7th consecutive drivers’ and constructors’ double championship for the Brackley outfit.

No team – not the Red Bull in the first half of the last decade, or the Williams and McLaren in their 80s and 90s heyday, or even the formidable Ferrari at the turn of the century – was ever as all-conquering as Mercedes have been in the turbo-hybrid era.

It is a dominance that shows no signs of ending. Red Bull, having thrown all their weight behind Max Verstappen, are struggling to keep the Dutchman within touching distance of the Silver Arrows, while Ferrari aren’t even worthy of being mentioned in the same breath as their German counterparts at the moment, such is their crisis.

Simply put, unless Mercedes throw races away with uncharacteristically rare errors like they did at Monza, this promises to be another drab procession of a season. While the last two races in Italy have been thrilling, with massive crashes and red flags aplenty, action on the track itself has been scarce. The Tuscan Grand Prix, where drivers almost exclusively overtook at the end of the main straight with a big helping hand from DRS, was the perfect example of this. 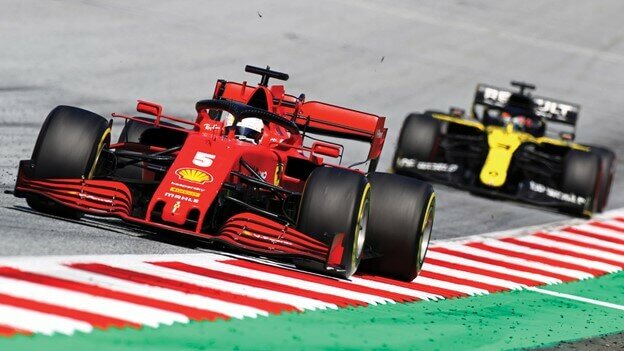 But the bosses at Liberty Media, F1’s parent company since 2016, seem to have it all planned out. While they can’t do much to level the playing field, at least until the new regulations belatedly kick in from 2022, their savvy approach towards transforming the sport’s coverage has ensured that it grabs more eyeballs than ever, even with the intensity of competition at an all-time low. 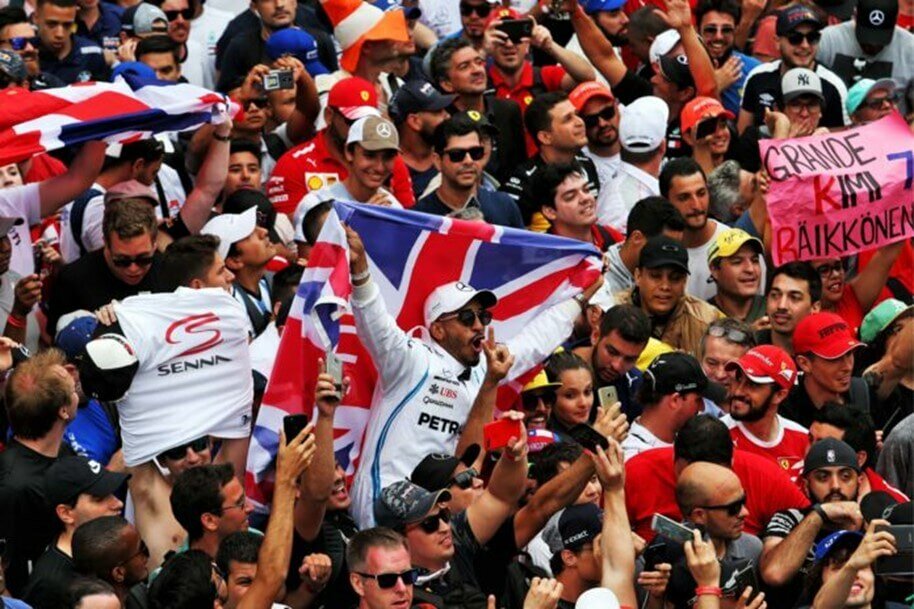 In the online space, Lewis Hamilton has done wonders for the sport.

Liberty have succeeded emphatically where Bernie Ecclestone failed – bringing F1 up to speed in the social media age. Between 2017 and 2019, F1 witnessed a 53% year-on-year growth across Facebook, Instagram, YouTube, and Twitter, making it the fastest-growing sport on these platforms. A series of engaging content, carefully curated over the course of the weekend and in between race-days, means that viewers need not go anywhere else for their fix.

“We have so far to go in these (Social media presence) areas. At least we’re aware of it now. Prior to Liberty taking over, I don’t think this crossed Bernie’s mind at all.”

Official highlights of the three practice sessions, qualifying and race are available almost instantly and condense many hours of action to less than 20 minutes of clips. Bonus content including the best of team radio, onboards and post-race reaction from the drivers as well as deeper-dives of some of the more defining moments, like the multiple car pile-up at the second restart in Mugello, cover every aspect of the weekend even for the amateur fan who doesn’t want to sit through every lap.

Unlike other sports, where official social media handles and websites of teams and leagues refrain from speculation, leaving fans to closely follow the likes of football transfer guru Fabrizio Romano or NBA insider Adrian Wojnarowski for exclusive news, F1 actively engages in the rumor mill through its various channels. Whether it be a big move in the driver market or teams planning to lock horns in a legal dispute, we often hear it first through F1’s in-house mouthpiece Will Buxton.

At a time like this, with teams packed inside a secure bubble and access restricted more than ever, an ear to the ground counts for a lot. Several big moves have already shaped the grid for next year, and controlling the narrative surrounding these transfers is an understated advantage for Liberty Media and F1. With the paddock threatening to split over Racing Point’s ‘Pink Mercedes’ controversy earlier this season, the coverage of the issue was carefully managed to ensure things didn’t blow over and the teams were united before signing the ‘Concorde Agreement’, the first under Liberty, last month.

In March of 2018, F1 announced what was initially a season-long collaboration with streaming giant Netflix to produce a fly on the wall docu-series called ‘Drive to Survive’, covering the 2018 season. And just like when a relatively unknown cast gets thrust into the limelight on the back of viral fame (think 13 Reasons Why or Stranger Things), the runaway success of Drive to Survive’s first season catapulted the sport into the global limelight, allowing it to appeal to fans in untapped markets like the US, or in parts of Asia.

You could see what Liberty Media were going for – by taking the focus away from the dominance of the top teams (Mercedes and Ferrari did not give Netflix permission to film them for the first season) and focusing on gripping narratives elsewhere on the grid, they portrayed a roller-coaster of a season. Add to that Netflix’s penchant for sports documentaries and you have a winner.

Season 2 followed much of the same theme in that it strayed away from showcasing the Mercs’ relentless dominance. The only episode where they covered the champions was their weekend in Hockenheim, easily their worst race of the season, perhaps to display their human side or how the team reacts to adversity. Either way, it made for a much better watch than most other weekends where they led the field from start to finish.

From coming across the documentary in their recommended section on Netflix to looking forward to the next season ten episodes later, Drive to Survive managed to convert the casual sports fan into an F1 viewer, something which F1 Managing Director Ross Brawn said was the plan all along. He also confirmed that the payout from Netflix wasn’t huge, but that the deal was more of a long-term investment that would increase F1’s interest among viewers and promoters, and it’s showing!

Its impact is clear when the news that Drive to Survive would be returning for Season 3, with Netflix securing access to film inside the bubble, was met with an overwhelmingly positive response. Given all that has transpired off the track over the last few months, you can bet on this being another bingeworthy, behind-the-scenes look into the madness of the travelling circus that is Formula 1.

The endgame is clear – Liberty Media is seeking to transform F1 from a motorsport to an entertainment company – what happens on the track on a Sunday is just another by-product, albeit the biggest one. There is so much more surrounding the sport, and so far, they have succeeded in offering up these commodities for consumption to an ever-increasing fanbase. A sport with multi-million-dollar cars being driven at 200 miles an hour at exotic locations all across the world will always struggle to connect with a broader audience, but Formula 1’s bosses are looking to change just that.