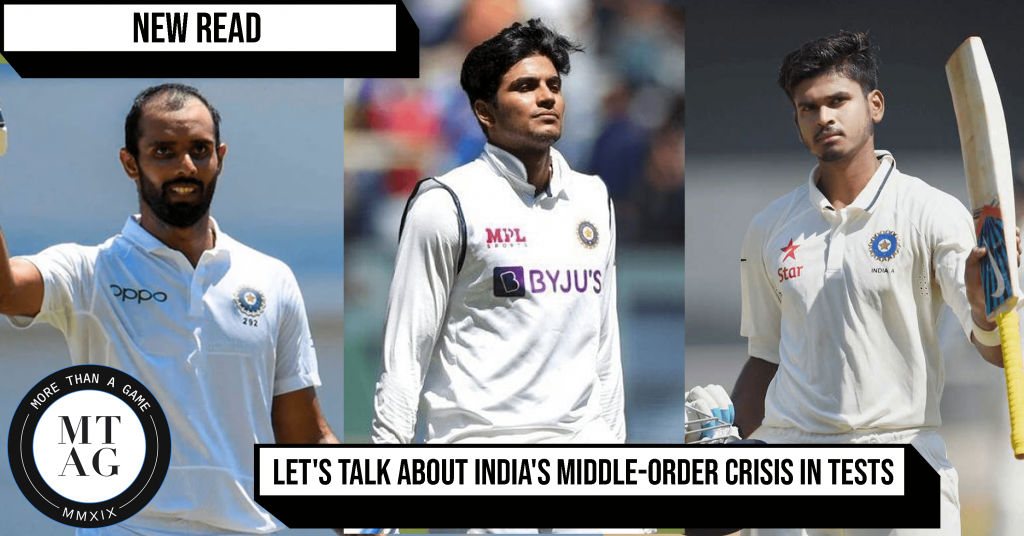 There’s no questioning the fact that India has been a brilliant test side in the past few years. Arguably the best in the world. Winning consecutive series’ on away soil in England and Australia is something that no other Indian side has managed to do in the past.

This bunch, however is truly special in a format that will always stand the test of time.

While this team checks all the boxes with brilliance in every department and backup players that would be in the starting XI for more sides than not, there is one thing that can be held against the current Indian crop.

The lack of runs in the middle order.

There are a host of reasons for the rise of India as a top test team in the past few years. From Shardul Thakur and Washington Sundar to Mohammed Siraj and Axar Patel, the unlikely heroes have stepped their game up when the team was in crisis mode.

But can the same be said about the first-choice players, especially the batsmen in the side? What’s understood doesn’t need to be said.

Sure, Rohit has been brilliant recently, Jadeja has been delivering consistently and the return of KL Rahul into the side has worked like a charm.

But that’s about all the batting line-up has offered in the last two years. Barring a handful of performances, the Indian middle-order has seldom lived up to the hype off late and it’s time we address this issue.

Firstly, let’s address why a change is needed 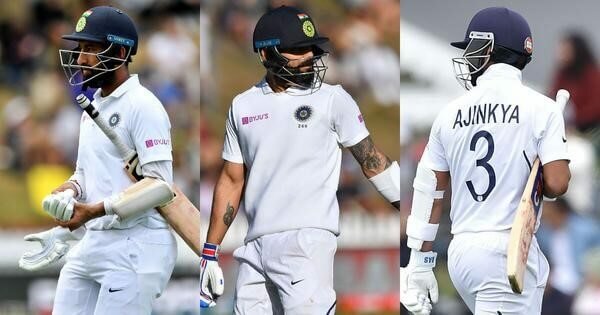 Cheteshwar Pujara, Virat Kohli and Ajinkya Rahane are the senior-most batsmen in the Indian test lineup, winning numerous games for India over the years.

However, the form of the trio has taken an enormous dip, to the extent that it cannot be pushed under the carpet anymore.

Having played around 15 tests (12 for Virat Kohli), none of these batsmen have averaged over 30 in the past 2 years and have only one century among them.

The numbers clearly suggest that despite being such experienced heads in the format, they’re struggling horribly with the bat and a change is needed. Occasions such as the World Test Championship demand the senior players to step up and be counted.

Instead, what we witnessed was the exact opposite, with Kohli, Rahane and Pujara throwing their wickets away cheaply along with the mace.

Of course, Virat Kohli cannot be dropped as Test skipper but the puzzling pair of Pujara and Rahane might need a hand crawling behind their backs to keep their places in check.

And considering we haven’t seen many other batters donning the No.3, No.4 or No.5 roles in the recent past, asking someone to adapt to such positions all of a sudden is risky business.

On the other hand, testing out new combinations in the middle-order in a time where the team is already hamstrung at the very core could help India elevate much more than they already have in Test cricket.

Look, the options that India have at their disposal for the upcoming test series against New Zealand are intriguing. And considering a majority of them have been backups, there is a strong argument for each of these batters to come into the fold and make a statement.

2021 has been a curse for Shreyas Iyer’s career. A spree of injuries led to losing out on the captaincy of Delhi Capitals, an exclusion from a well-deserved spot in the T20 World Cup and all of that, after fighting his way back through rehab to come back where he left off in the IPL.

During March 2021, Iyer looked set to make the cut, however, the plethora of talent in the Indian side pushed him well down the pecking order faster than you think.

While his way back into the limited-overs squad might have to wait, this test series could be his golden ticket into the Indian Test side.

Shreyas Iyer and Jayant Yadav had an extended net session ahead of the Kanpur Test. (Source – PTI)

Shreyas Iyer may well make his test debut against New Zealand and if grabs his opportunity by the scruff of the neck, he could very well be in line to replace Ajinkya Rahane as India’s No.5 for years to come.

While we know the 26-year-old is a splendid limited-over batsman, we might have to wait to see how well he will fare in the longest format of the game. 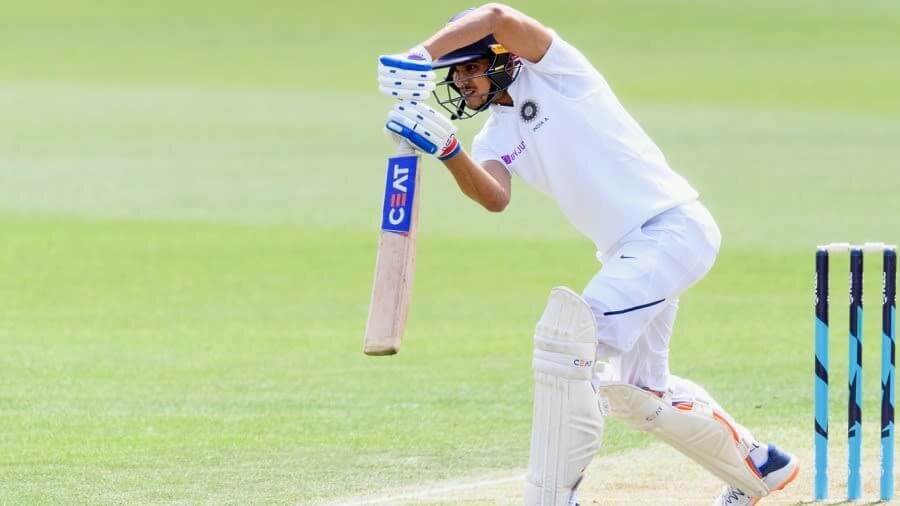 The Australia Test series in 2020 was a major breakthrough in Shubman Gill’s career. Coming into the side ahead of the likes of Prithvi Shaw, Mayank Agarwal and KL Rahul, the KKR batter had a brilliant series, playing a vital role in the infamous series victory down under.

However, things didn’t pick up from there for Gill. He had an extremely ordinary series against England in March and a World Test Championship final to forget did nothing to boost the Punjab-based batter’s stock.

To add to his misery, Gill picked up an injury before the test series against England in England which ruled him out of the tour.

But let it not all sound as doom and gloom because the prodigy proved his potential as one of the game’s biggest prospects against the Aussies at Gabba. A sublime 91 laid the path for an iconic series victory for the Indians.

Look, batting at a different position in the line-up does tend to Shubman’s game. But a batter as blessed as this man right here has all it takes to adapt to pretty much any role and at any level.

Gill may well open the innings against New Zealand due to the injury to KL Rahul. But if the Punjab Kings captain were to return to the side for the next series, Gill could slot in perfectly at No.3 for the side.

The mention of the second debutant in this list might very well make the case that India do not have a lot of backup options in and amongst their middle-order.

But a flying start to his career in white-ball cricket, Suryakumar Yadav must have all eyes on the vacated spot in the side, post-KL Rahul’s absence that has fallen into his lap.

As a No.3, SKY could slot in perfectly and become a potential replacement for the out-of-sorts Pujara.

While he doesn’t have bags of experience playing test cricket at the highest level, we all know that he thrives under the spotlight.

A proven match-winner for both MI and India, SKY could just be the batsman to put an end to India’s middle-order woes. 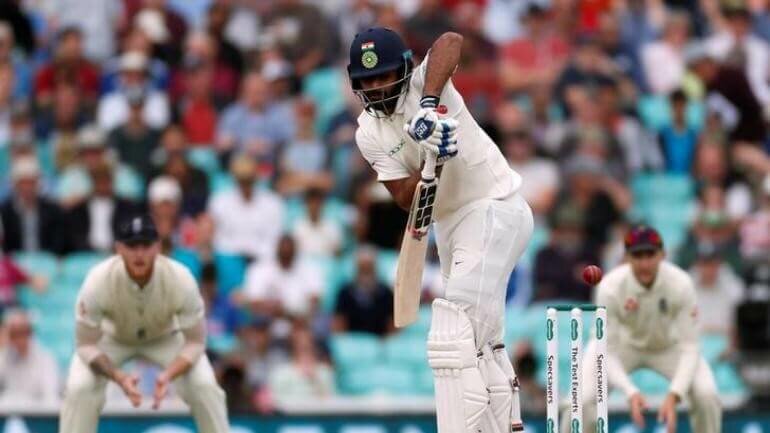 The omission of Hanuma Vihari for the test series against New Zealand came as a shocker for many, considering he has been a seasoned force for India in red-ball cricket.

And the last time we saw him bat was when he expertly held the fort for the Indians alongside Ravichandran Ashwin against Australia in Sydney, in what is possibly one of the greatest recsue jobs in the history of Test cricket.

Vihari had a serious injury but his resilience kept him going, playing 161 balls and seeing the game through for India.

Yet, the 28-year old has only 12 test matches to his name. While he hasn’t been at his very best during this period, his reliability can never be questioned.

As a No.5, Hanuma would be a shoo-in for this Indian side if Rahane were to be dropped or rested for any particular series in the future.

Rishabh Pant has been front and centre of all the praise in the world for coming up trumps in certain tense situations.

However, certain highs that have grabbed the headlines have masked the lows that are characterized by his lack of consistency and throwing away his wicket rather cheaply, more often than not in Tests.

With an aging Wriddhiman Saha being his only replacement, the introduction of KS Bharat into the picture could solve a huge potential problem for India.

While we haven’t seen KS Bharat in national colors, he is coming off a sensational IPL season with RCB.

Consistently backed by his skipper, Virat Kohli, the man from Andhra Pradesh is worth being thrown in the deep end for at least one of the two tests as it could be a taste of a potential backup wicketkeeper for India in red-ball cricket for years to come.

Ultimately, what should stand as a unanimous sticking point is that India’s middle-order has been a shambles off late and the sooner a solution is found, the better for Indian cricket. 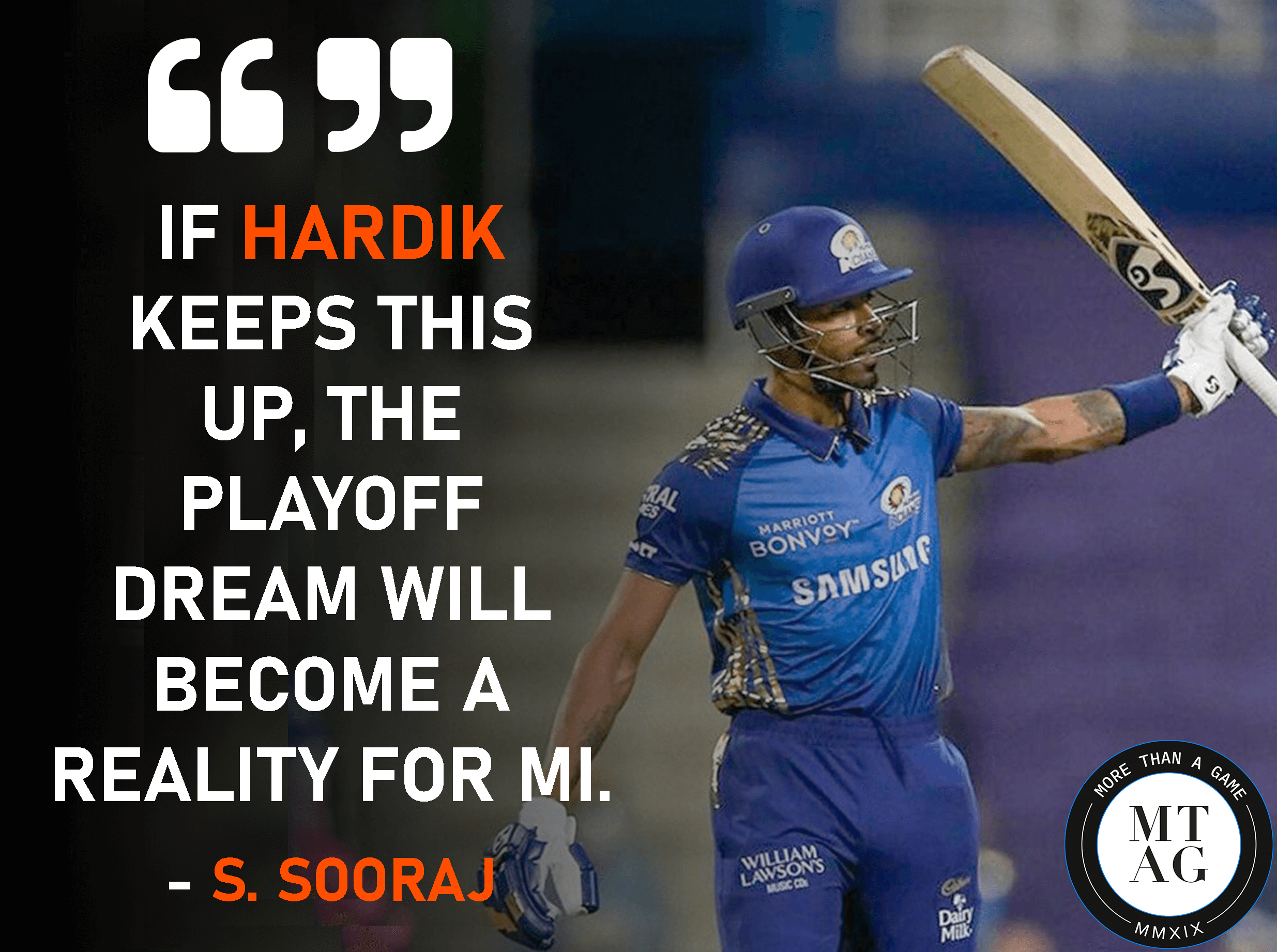