Max Verstappen is one of the most enthralling talents in the realm of F1 racing. He has been lauded for possessing raw speed and showing mercurial talent – a rare combo expected only from truly gifted drivers. Here I take a look at my top 5 moments that show Verstappen is considered the biggest talent in Formula 1.

5. Battle with Leclerc in Silverstone

Back in 2019, when the only abnormal thing in the world was Scuderia Ferrari’s straight-line speed, Max Verstappen had an immense 21-lap battle with the Italian outfit’s newly recruited Monégasque, Charles Leclerc. Charles had already shown signs of being a very handy driver, almost winning at the Bahrain GP and the Austrian GP (snatched by Max with two laps to go).

With Max and Charles starting to show what a future without the likes of Vettel and Hamilton could look like, the fans at Silverstone were treated to one of the best battles Formula 1 has seen in the 21st century.

4. Late Overtake on Leclerc in Austria

It was a race that had slipped from Verstappen’s hands at the start as he dropped from 2nd on the grid to 8th due to his car going into anti-stall at a very long wait from the five red lights to lights out. Verstappen had probably the second-best car on the weekend as the Red Bull was only behind Leclerc’s SF90. However, Max’s race pace was much superior, and he cut through the field like a hot knife through butter.

Max came onto Leclerc’s tail with 2 laps left, and produced a classic overtake. He proved why he is considered the best talent in Formula 1 with his clinical performance at Red Bull’s home race and what was his ‘home away from home’ race.

It was late heartbreak for Max Verstappen just a week prior as he chased down Lewis Hamilton on the last lap who was on three wheels going over the line. However, Max found redemption at the 70th Anniversary GP. Max was running at the same pace as the two Mercedes in front but was degrading his tyres. Max made a judgment call when he was told by his engineers to drop back as he was hurting his front tyres but knowing this was his only chance of fighting with the Mercs was in front of him, he denied the request of his engineers. The Red Bull’s better tyre heat management allowed Max to push harder than the Silver Arrows and gave him his first win of 2020 against a Mercedes car which has otherwise been supremely dominant this year.

Brazil 2016 was a wet weekend, whether it be the tears of Brazilian fans as Massa partook in his last home race or the heavens opening up above Interlagos. Max drove a masterclass in the rain of the Brazilian rainforest to surge ahead of the eventual World Champion, Nico Rosberg. However, a late and wrong call by the Red Bull team to put him on the Intermediate tyres put him out of contention for the race win. The team quickly realized the tyre was not the one to race on and put him back on Extreme Wet tyres.

This pitstop saw him drop down to P16, but what followed was a drive compared by his team and rivals alike to that of the great Ayrton Senna and Michael Schumacher. Max gained 13 places in the last 14 laps, to clinch a podium that at one point seemed impossible.

One of the most memorable F1 debuts in history, this was Verstappen’s first race with Red Bull Racing after his shock promotion to the senior team from Scuderia Toro Rosso just four races into the 2016 season.

This was the first time the world truly saw that Max could handle being in a potentially race-winning car. He drove a wonderful qualifying starting fourth on the grid and took advantage of both Mercedes crashing into each other to win the race to become the youngest driver to win a Formula 1 Grand Prix at the age of 18 years and 228 days. In the process, he also became the first Dutchman to win a Grand Prix and the first Grand Prix winner born in the 1990s. 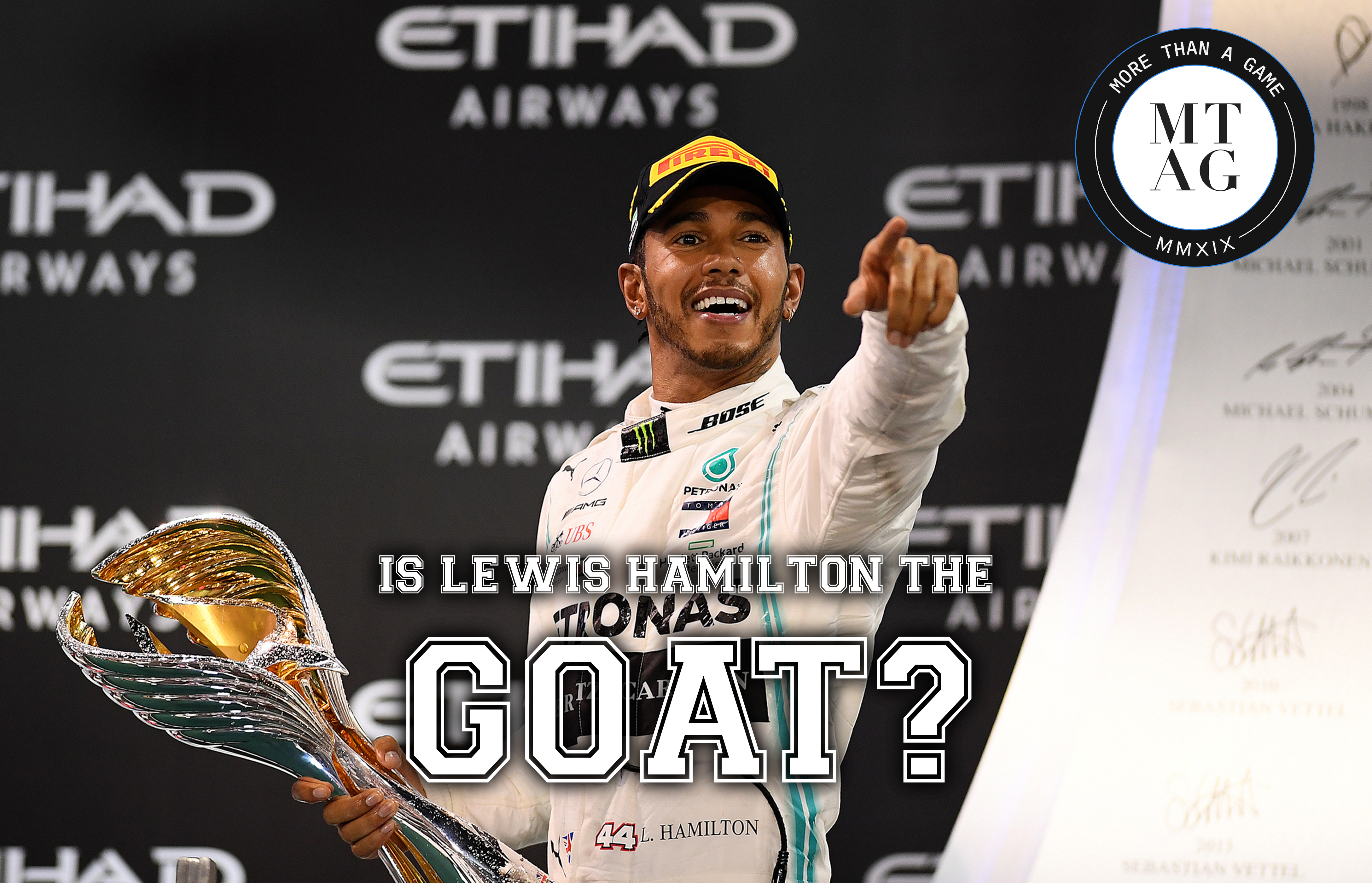 IS LEWIS HAMILTON THE GOAT?