THE STORIES OF FOOTBALL’S SUBURBAN SUPERSTARS

Football has always been a means of escape. Generations of men, women, boys and girls have found it a convenient distraction from their daily lives. People in war-torn countries, poverty-stricken slums and those undergoing troubled lives across the world have had a lot taken away from them both mentally and physically.  But amongst the remains has always been the love for a sport so powerful that it even connected English and German soldiers during the First World War in a remarkable story known as the Christmas Truce. It was a temporary ceasefire between the enemies which was followed by football games and carol singing and to this day is regarded as one of the most powerful moments from the war.

When looked at from the perspective of modern-day football, we see scores of professional players narrate stories during interviews or speeches about how they overcame obstacles to achieve their goals. Dreams that at one point seemed impossible became a reality. These stories are heart-rending yet act as a reminder of what this world can achieve through sport and in particular, the beautiful game.

“When you talk about the estate I came off, you wanted to see where the black players were.”

Ian Wright, in his interview with Adidas for the release of Arsenal’s kit for the 2019/20 campaign emphasized on how the Gunners, as an institution was one of the few stepping stones for black players back in the day.  He was one amongst many youngsters who grew up on an English council estate, aspiring to be a footballer and when you look at the influence ‘Wrighty’ has had on a generation of Arsenal fans, especially from working-class backgrounds, you gauge an idea of how the adulation goes way beyond just admiring a footballer’s tricks and flicks; Ian Wright was an example to people of all ages of how someone from an underprivileged background can grind his way up to the top and actually make it.  Fast forward to 2018 and Raheem Sterling is representing England at the World Cup. He grew up with his mother in a West London estate known for its high crime rate and since immigrating from Jamaica at the age of 5, has never looked back.

The triumphs of France’s World Cup winners 2018 and England’s cricketing heroes that lifted the coveted trophy in 2019 share a common theme. Around 7-9 players on both of the victorious sides were non-natives and originated from former colonies of their respective countries.  Think of the likes of Paul Pogba, N’Golo Kanté and Kylian Mbappé or Adil Rashid, Moeen Ali or Jofra Archer.

A lot was said on the day of their victories about how success was a result of a unification and elimination of oppression, how the World Cup was not just a tournament win but also one which has come to define centuries worth of divisive states and a form of multiculturalism. This confluence of cultures has evolved not just through politics and nationalism, but in a major way through sport as well.

Estates and suburbs were never heard of until the first immigrants from former colonies began making their way to Europe for a better life after the Second World War. Owing to their background and economic hardships, governments gradually built up housing colonies and structures specifically meant to cater to this influx and immigration. Along with this came schools, colleges and sporting set-ups specifically designed to gradually inculcate immigrants into their systems. This was the beginning of something new. A start of a revolution which would go a long way in defining the role played by a different form of multiculturalism; a form where questions posed towards racism and discrimination in society were answered by the togetherness and communal spirit of sport, a fight that continues to this day.

More importantly, how success gradually came to define the rights of many people in varied processes and gave a new face to countries which were ‘all white’. France’s ensemble for the 1998 World Cup is one of the biggest examples of black excellence as elite talents such as Thierry Henry, Lillian Thuram and Patrick Vieira led Les Bleus to glory. Growing up, not many would have had the heart to give these young kings a chance if even a whisper about potentially winning a World Cup one day was uttered.

Back then, having as well as being sons of immigrants in national teams was a rare sight. But it happened and more importantly, paved the way for a generation of footballers to work towards becoming part of a cultural revolution during a time of growing political differences all over the world.  It gave hope to countless youngsters who adorn their nation’s strips today with pride and passion. It was hope that was not just individualistic and life-changing for one person, but for millions who had suffered at the hands of oppression for centuries. The oppressed were becoming the people’s champions.

The breeding ground for many second-generation immigrant footballers has always been their residential localities and estates where they were born and brought up. It was not just the four corners of a pitch that helped develop them. The hardship and poverty with which they carried out their daily lives in areas where crime was more rampant and basic amenities were hard to come by played a massive role. Suburbs were never the best places to live in, mostly because of the class structures that existed in those societies. There was a massive amount of resentment towards the treatment of immigrants by upper classes but playing football was seen as a way out. It was a distraction form the crime, violence and toxicity that was present in the suburbs. One such area in France is referred to as banlieues.

Banlieues have seen the development of street ballers make it pro such as Kylian Mbappé, Presnel Kimpembe and Kingsley Coman amongst many others. A suburb just North of Paris, Bondy has over time made its name for being a factory of superstars. Players from all suburbs all across the country have come to represent a different 21st century narrative. Multiple football coaches take up the roles of social workers as well. Much like Bondy, La Castellane in Marseilles is another such ghetto area that has seen the rise of several such coaches who double up their professions for the greater good of the areas they live in, taking care of their players and shielding them from the lives they lead at home. Football for them has been a major blessing and they use their platforms to give opportunities to several youngsters through a massive network of scouting and coaching.

France’s famed Clairefontaine academy and several clubs such as FC Metz have always had renowned football graduates who have their formative years playing in local tournaments and camps, often being scouted as their grow older. The likes of Henry and Anelka instantly spring to mind to be moulded from the who have gone on to shine at the highest level. To give an alternate perspective, youth unemployment in the surrounding regions of Paris stands at a staggering 23%, a massive figure for just a small population that comprises immigrant descendants relying on government economic pay outs for livelihood sustenance. Such economic figures are common all across the suburbs of different cities in Europe where blue collar jobs are the prevalent source of income.

Football in its essence is one of the few direct paths for a better life and the boys from banlieues have shown the world why. This district acts as the best example to represent the smaller picture of several European nations as football powerhouses.

The estates are where the journey of several footballers begin. The situation of course is different now but a few decades ago, there were no fancy boots, organised clubs or turf grounds for children to play in; just a passion to play on for a lack of a better alternative. Pogba’s father would deliberately pump the football much more than required in order to ensure that his three sons would have it tougher yet improve the most while practicing. The best defender in the world in Virgil van Dijk credits his incredible awareness and intelligence in 1 v 1 situations to his antics while playing street football. The stories are endless.

From kicking a ball in the streets to ruling the world

Another story is that of Saido Berahino who had to fled Burundi when he was 10 years old at the height of a military crackdown and political tension. He played around on the streets for years before gradually getting noticed for his talent and despite the odds being stacked against him, represented England at all youth levels. Romelu and Jordan Lukaku, Lauren, Wilfred Zaha, Mario Balotelli, Riyad Mahrez, Wahbi Khazri Bruno Martins Indi, Christian Benteke, Andre Onana and countless others are part of the same narrative that given rise to the footballers we know of today. Reading their games and playing styles also tell a story of how they are modelled on what was available to them while growing up.

Countless such stories have given rise to the footballers we know of today. Reading their games and playing styles also tell a story of how they are modelled on what was available to them while growing up. 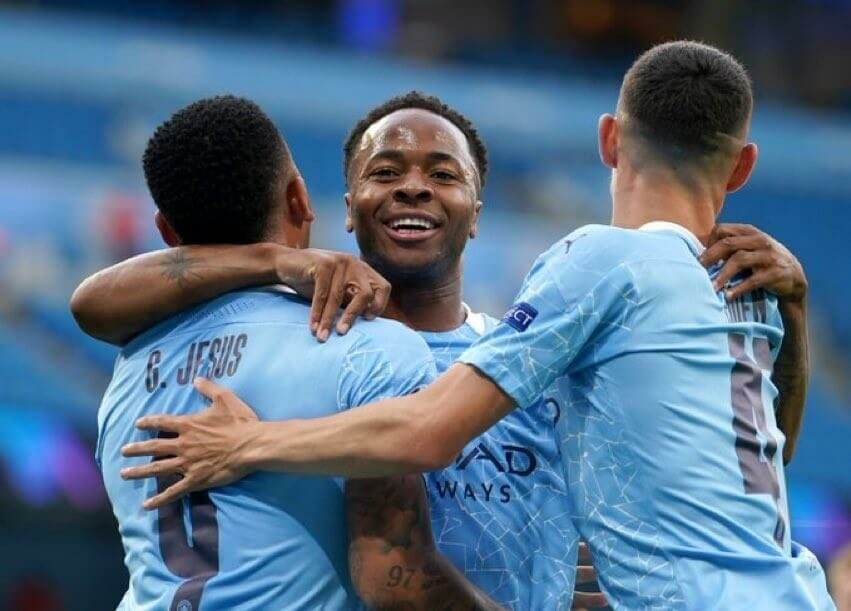