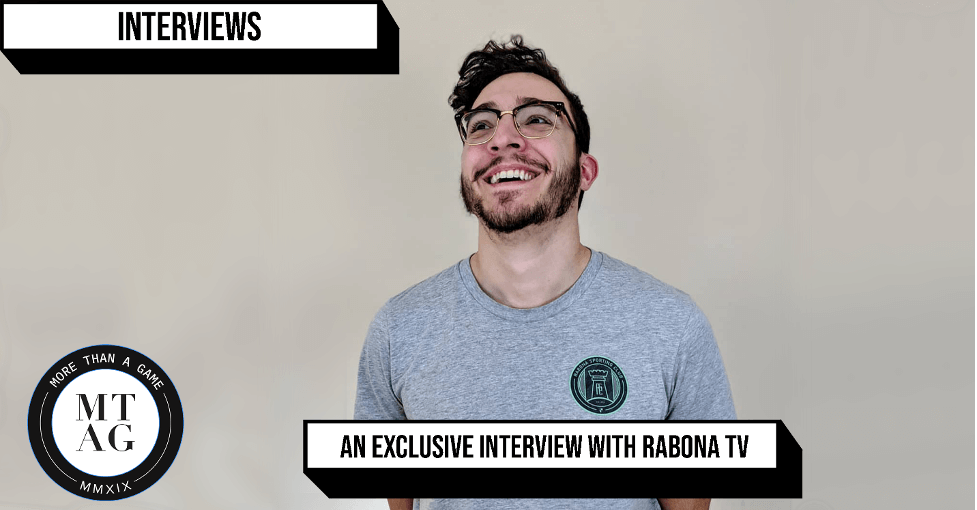 If you class yourself as a Football YouTube connoisseur, you’ve more than likely seen a video or ten on Rabona TV. Yes, we said ten and not two. In a space where ranting and raving in front of the lens has become standard, Adrian Sousa strays as far away from that as N’Golo Kanté does from being the centre of attention. Instead, he breaks down just about anything and everything that concerns the beautiful game and dissects it with the precision of a surgeon to 178,000 subscribers.

More Than A Game sat down with Mr. Rabona TV himself, virtually of course and had a chat about pretty much everything, from his love for Benfica, working at Watch Mojo and everything in between in an exclusive interview.

I want to start the interview with a bit of an anecdote. I was on vacation in Nepal, in a hotel, watching Ruud van Nistelrooy score the scrappiest of tap-ins on the blurriest of cable TVs for the Netherlands and for some reason, I fell in love with football. Every football fan has these random moments, especially as kids that lock them in. Did you ever have that moment?

I think the moment that was the most evocative for me when I think back to first getting into football was Nuno Gomes during Euro 2000 when he scored against France. That for is also what got me into Benfica also which of course was obviously massive. But that was one of my earliest memories of watching football with my dad. I barely even remember, it’s like one of those spotty memories- I remember distinct images of him celebrating with his long hair and the headband.

So yeah, that would definitely be the moment for me. But other than that, watching football in Canada was difficult. The only time we really saw it was on Saturdays. They had 2 Premier League games that we could watch at 6 or 7 am. So, I’d say getting up every morning, before I’d go to my own football games and watching some Premier League was also it. But for me, number one has to be Nuno Gomes at Euro 2000.

I’m aware that even though you were born and bred in Canada, you’re Azorean Portuguese. Yes, I’ve done my research (smiles). So is the Benfica bond something that runs in the family, something you owe Nuno Gomes’ screamer to or a bit of both?

It’s not something that runs in the family actually. To be honest with you, both of my grandfathers are Sporting fans so I don’t know what happened to me (smiles). It’s just that while my father was always a fan of football, he was never a fanatic of it. He would watch it but very casually. He knows a lot about the game but he’s not the guy who’s going to say, “I cannot miss so and so team play.”

But he did in fact get me into football. Watching Euro 2000 with him, he enrolled me into football at a very young age, when I was 4 or 5 years old to play. It was Nuno Gomes that got me into Benfica for sure, that was my entry into it. Then I started discovering Rui Costa, Eusébio and I was hooked from then on.

You mentioned Rui Costa and it’s interesting because I saw one of your videos and you mentioned how he’s your favorite player of all time. So, simple question, what does Rui Costa mean to you?

It’s one of those things where he’s not even a player I’ve seen play as much as, let’s say a Cristiano Ronaldo or someone like that. But for me, what he did in coming back to Benfica; everyone says, “they’d like to come back one day” to whatever club and often, they don’t end up doing that but he did it. And from there, I started getting into his time at AC Milan and Fiorentina a little more.

So for me, especially with him continuing his legacy as one of the coaching staff at Benfica now; he is one of those players that if you had to make a Mount Rushmore of Benfica players, I’d say that if he’s not there, he’s No.5 for sure.  I just like his elegance on the ball, I’m a sucker for a central midfielder that sets the pace and just looks beautiful to watch.

People like to say he taught Pirlo how to play that position. I don’t know if that’s true (holds his hands up sarcastically). He’s just one of those players that when I think of elegance on the ball, when I think of what I like to see, as much as watching fast-paced, tricky wingers is really exciting, someone who can dictate the game and not have to play at the sort of pace, for me is just what is the mastery of the game.

Moving on from football to YouTube, I saw one of your videos where you talked about how you worked for two newspapers in high school, one that just made you convert PNGs into JPEGs and another one that was more rewarding in comparison, where you covered an international hockey tournament. In the midst of trying to find jobs and yourself as well, how did YouTube come into the picture?

All smiles in the Rabona Sporting Club merch

YouTube came into the picture when I was in university, I’d say. I wasn’t one of those early adopters of YouTube. I wasn’t watching it from day one. I really got into it out of boredom in university because I had a lot of spare time and I was very interested in FIFA, so naturally I found KSI and all those guys who were playing a lot of it at that time. Back in the good ol’ days of FIFA (smiles).

So that’s how I got interested in YouTube. But actually working on YouTube, I got a job at Watch Mojo while I was still in university in my final year and I was basically there as, I guess you’d call it a production assistant. I would take care of scripts and then my job evolved into video editing, filming, doing on-camera stuff and doing everything, really.

So that’s when I figured out the YouTube scene and learned a lot about YouTube- just about what it takes to produce a video for a channel. From there, I was like, “This is cool and I enjoy what I’m doing at Watch Mojo but this isn’t what I want to do, it’s not the content I want to cover.”

Everyone likes movies, music and video games but football was never a focus at Watch Mojo as much as they’d throw the odd video, here and there. And I’ve always wanted to work in the world of football and so I tried to synthesize what I love with what I know and there’s Rabona TV.

I have a question to ask you- especially in today’s day and age where you see so many people do things for clout or because they want a shortcut to success or make a quick buck, that becomes their drive behind becoming a content creator. As someone who’s been striving to make it big on YouTube for years, what’s the realistic experience of trying to actually do that?

It’s extremely difficult and it takes a ton of discipline. So long as you said, you’re not going for the flavor of the week type videos that are going to get you a ton of clicks or you’re not doing any clickbait or stuff like that and if you are someone that wants to create content that you can stand behind, you feel good about and you’re not trying to get a shortcut to the top, it’s going to take a lot of work ethic.

It’s going to take a lot of dedication, especially in the first few years where you’re still trying to establish yourself. Even now, I still have to apply myself more than I have ever had to at any other job. It’s those hours outside of the 8-hour workday that really make the difference for your YouTube channel.

If you watch Rabona TV, you know this is where the magic happens

So for me, starting out was working at Watch Mojo during the day and then in the evenings or getting up at 4 am to work on my own channel or even quitting Watch Mojo and working as a freelance video editor for them and as a voiceover artist and then working on Rabona TV a little bit more. So that made for even longer days.

It’s a ton of work and as I ultimately said in the past, has to come from a place of passion because if it doesn’t, people can tell right away and it’s never going to take off from there.

We’ve touched on your Portuguese heritage but as a Canadian, before Alphonso Davies, the only ballers making waves were Drake, The Weeknd and Kaytranada (laughs). Do you think Davies’ come up can actually change the scope of Canadian football forever, in terms of how young footballers can actually look at him now and dream to do what he is one day?

I think you’re absolutely right. Him and maybe in a sub-category here, Jonathan David as well, who’s playing at Lille currently. So I think those two players are showing that Canada can produce genuine talents. And like you said, changing the paradigm in Canada where there’s young guys seeing a role model at the age of 19, winning the Champions League with a massive club like Bayern Munich- unthought of before.

I think some of our best players were maybe Tomasz Radzinski who played for Everton for a bit. We also had a guy who played left-back for Newcastle, David Edgar who famously got sent off in some game, I can’t remember.

So I think Alphonso Davies is definitely changing what it is to be a Canadian footballer and it’s only going to improve. Now that we have the Canadian Premier League that we saw getting on its feet which just had it’s 2nd season with an asterix next to it because it’s been a weird season in general.

I hope we get more and more talents and more and more success stories that are going to these bigger clubs, Jonathan David being one of them as well.

The last question I want to ask you and it’s not going to be the best segue but it is what it is- if you had to make an all-time 5-a-side team of Benfica ballers and they’re your favorite players, who goes in? Also, surely Ederson’s your ‘keeper because he’s ridiculous.

I think he would be. Of course, I’m going to have a bit of recency bias because I wasn’t watching Eusébio and stuff like that. But ultimately, I think Eusébio has to be in that team. Okay so let’s start. Ederson is in goal. He’s my goalie or if we’re playing no hands, he can still be that sweeper keeper for us (smiles).

So I’ll definitely have Ederson at the back and let’s put Eusébio at the front. That leaves us 3 other spots. One of them, we’re going off favorites as you said, we’re going to have João Felix out there, playing off of Eusébio and dictating things from deep. We’re going to have Luisão as our defensive general at the back and for a midfielder, it has to be Manuel Rui Costa, right? Has to be. 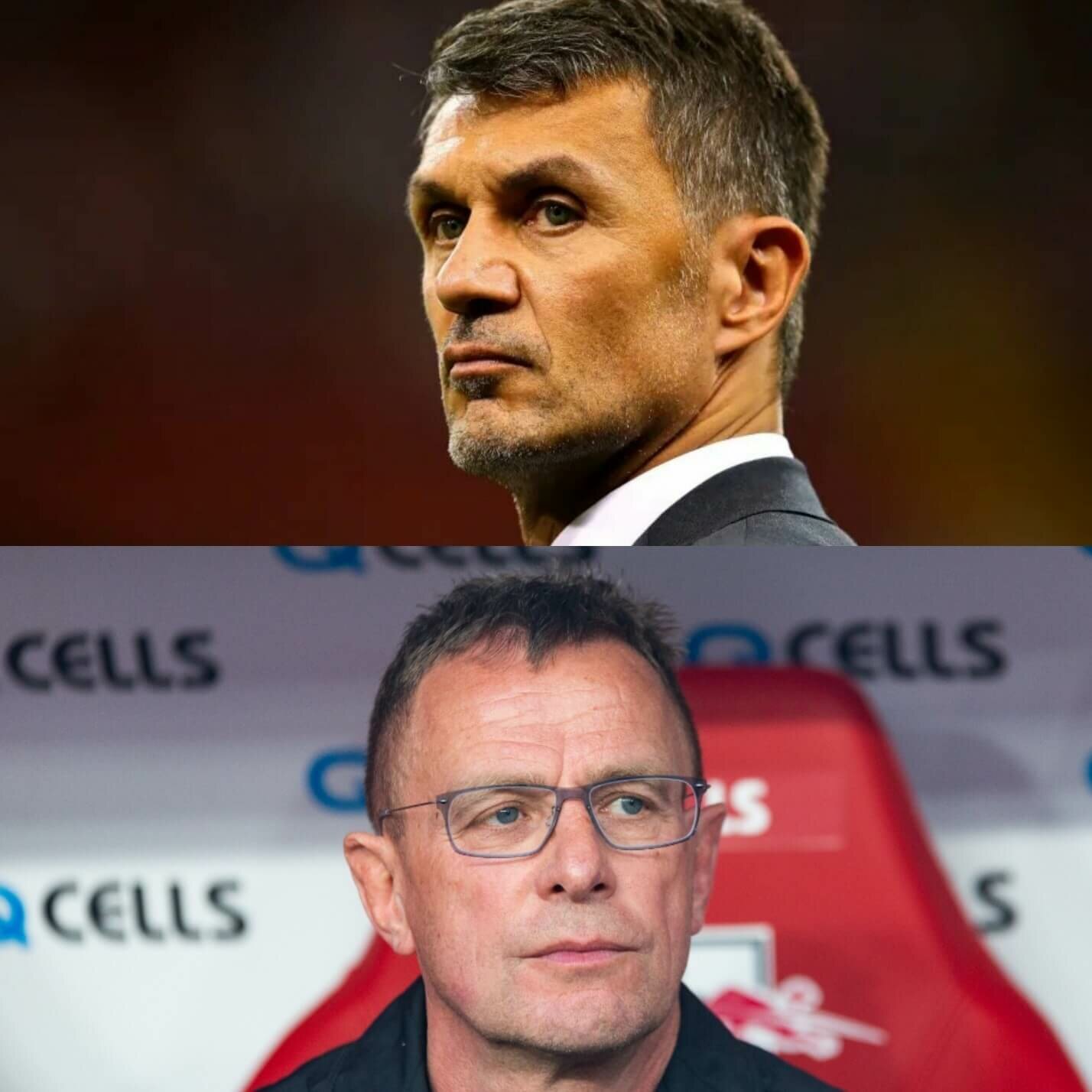