THE CHAMPIONS LEAGUE TEAM OF THE DECADE

From Inter Milan’s unprecedented heroics in 2010, through to Liverpool’s 6th European triumph in June this year, it’s been a stellar decade-long instalment of continent’s premier competition. Whether it be unknown minnows making an impact on world football’s biggest stage, renowned giants displaying typical domination or Europe’s glistening array of superstars lighting up the tournament; the last 10 years have had it all.

It seems almost unfair to condense a period of such prominence down to just one group of stalwarts, but certain individuals have simply been a cut above the rest in helping ignite one of the greatest eras of European football to date.

Taking all of these factors of consideration, here is More Than A Game’s Champions League Team of the Decade.

Keylor Navas moved to Real Madrid following his stunning performances at the 2014 World Cup and the Costa Rican went on to establish himself as a cult hero at Los Blancos. In his 3 seasons as a regular starter, Madrid achieved their historic haul of 3 consecutive Champions League trophies from 2016 to 2018 with the current PSG man in goal.

This colossal achievement was down in no small part to Navas’ scintillating performances between the sticks. His sharp reflexes and acrobatic saves that seemed to deny physics helped Real shut out opponents, exemplified by his credible 12 clean sheets across Los Merengues’ triennium of dominance.

When considering Alves’ relentless amounts of energy and his impeccable ability both defensively and offensively, not many could argue against his inclusion. With the brilliant Brazilian’s impressive pallet of skill, he helped Barcelona ease to victory at Wembley in 2011, and once again 4 years later in Berlin.

A serial winner, his energetic presence personified Pep Guardiola’s dynamic, as did his ability to singlehandedly turn defence into attack. As a key part of the Barça side that romped to a famous treble in 2014-15, Alves will always be remembered as a hero at the Nou Camp.

Unquestionably, one of the greatest talents to emerge from the 2010’s, Varane catapulted himself to become a well-loved fixture in Real’s first team. Alongside Ramos, the Frenchman became part of one of the most formidable defensive partnerships to ever grace the Champions League, personified by Los Blancos’ 3 Champions League triumphs in a row.

Using his height, brilliant positioning and pace in abundance to vehemently defend his side’s area, Varane’s remarkable showings were yet another big reason for Madrid’s huge successes on the European stage.

At 26 years of age and 4 Champions League medals later, who wouldn’t want to be Raphaël Varane?

When asked about Champions League centre-backs, 9 out of 10 people would respond with Sergio Ramos. With his commanding leadership, solid defensive performances and a certain inevitability of threat from set-pieces, Ramos was the undoubtable anchor behind Real Madrid’s dominance in the 2010’s.

Not only did the Spaniard help his side to a remarkable nine clean sheets in the 15-16 tournament, Ramos has also contributed 10 goals from defence over the past decade. His crucial equalisers against bitter rivals Atlético Madrid in both 2014 and 2016 were perhaps the cornerstones of Los Blancos’ unprecedented era of dominance in the Champions League. This uncanny ability of being so influential at both ends of the field sees Ramos rubber stamp his place in the team of the decade.

Rather unsurprisingly, another Real Madrid player makes the squad, but perhaps the player who deserves their place the most. Often brutally underrated, Marcelo’s unparalleled technique on the ball and ability to set the tempo of the attack was a key chess piece in Madrid’s successes.

Typical of his Brazilian origin, Marcelo’s effervescent attacking play, backed up by his fantastic dribbling and sumptuous crossing saw him become a key part in Real’s dazzling attacking performances. This, hand in hand with his solid defensive play leaves him being seen as the best Champions League fullback of the 2010’s era by the masses.

Among many of the legendary left-back’s sensational highlights, one that stands out is perhaps his goal in the famous 2014 Champions League final in extra-time against Atleti that sealed Los Merengues’ victory.

If you were to look up “complete defensive midfielder” in the dictionary and if such a term actually existed, then Sergio Busquets’ picture would pop up without question. A metaphorical rose blossoming from the Guardiola era, Busquets is the benchmark for any modern-day holding midfielder.

Busquets is a dab hand when it comes to tackling and interceptions and this, combined with his expert passing ability has seen him general the Barcelona midfield in 2 separate CL victories. With 268 competition tackles to his name, reinforced by 196 interceptions, Busquets is head and shoulders above any other candidate in his position.

Toni Kroos is another maestro responsible for some of the best midfield performances the European stage has ever seen. The German’s phenomenal passing attributes and eye for goal from outside the area added a lethal threat to both Bayern Munich and Real Madrid’s midfields.

Given that Kroos registered the most completed passes in the competition in 4 separate seasons, including a whopping 1,059 in 2013-14, it’s no surprise that he is a four-time CL winner, and even less surprising to see him in this squad.

Winning 4 Champions Leagues under 30 years of age for two separate clubs, Kroos represents a footballer that quietly go about his business until his absence makes the world realize just how integral the midfield orchestrator is.

One of many serial winners in this squad, Andrés Iniesta was the creative spark that complemented Busquets’ industrial work, helping create the best Champions League midfield to date.

The Spanish magician’s nifty footwork combined with his ability to dance past tacklers and expertly executed passes ensured Barca’s prestigious attacking forces were never short of chances, and his nimble movement both on and off the ball made him a nightmare for opponents.

A Man of the Match display against Juve in the 2015 Champions League final and that too at 31 years of age is testament to how Iniesta constantly defied any of the obstacles a traditional footballer goes through due to sheer skill and a football brain that was generational in itself.

It’s safe to say that Iniesta has been the greatest midfielder in world football throughout this decade.

With his impeccable scoring record and enough glorious dribbles and skill moves to fill a month’s worth of highlight reels, Messi has been arguably the greatest footballer to ever play the sport. The Argentinian’s duo of medals and his terrific individual displays showcase his limitless ability and his fantastic European performances.

Running out of superlatives when describing the genius of Messi is common, but to see a player look so dominant and with such effortless ease on a stage among the upper echelon of footballers is rare. Any sceptics can just ask Jérôme Boateng.

Despite not lifting the heralded trophy as of yet, the ex-Dortmund and current Bayern sensation’s individual track record sees him cement a place in this squad. An integral part of the Dortmund team that stunned the world to reach the final in 2012-13, the Polish frontman has only progressed since. Producing one of the greatest individual striking displays in his 4-goal demolition of Real Madrid for Der Borussen, Lewa has always taken a shine to Europe’s elite club competition.

At Bayern, his goalscoring exploits have taken a turn for the better. With 63 goals in 85 appearances in the competition, Lewandowski ranks 5th in the top goalscorers list in Champions League history above the likes of striking royalty such as Ruud van Nistelrooy and Thierry Henry.

The Polish talisman’s having the season of his life and stands at 10 goals in the Champions League this campaign, more than anyone else in the competition. Is there any stopping an onsong Robert Lewandowski? 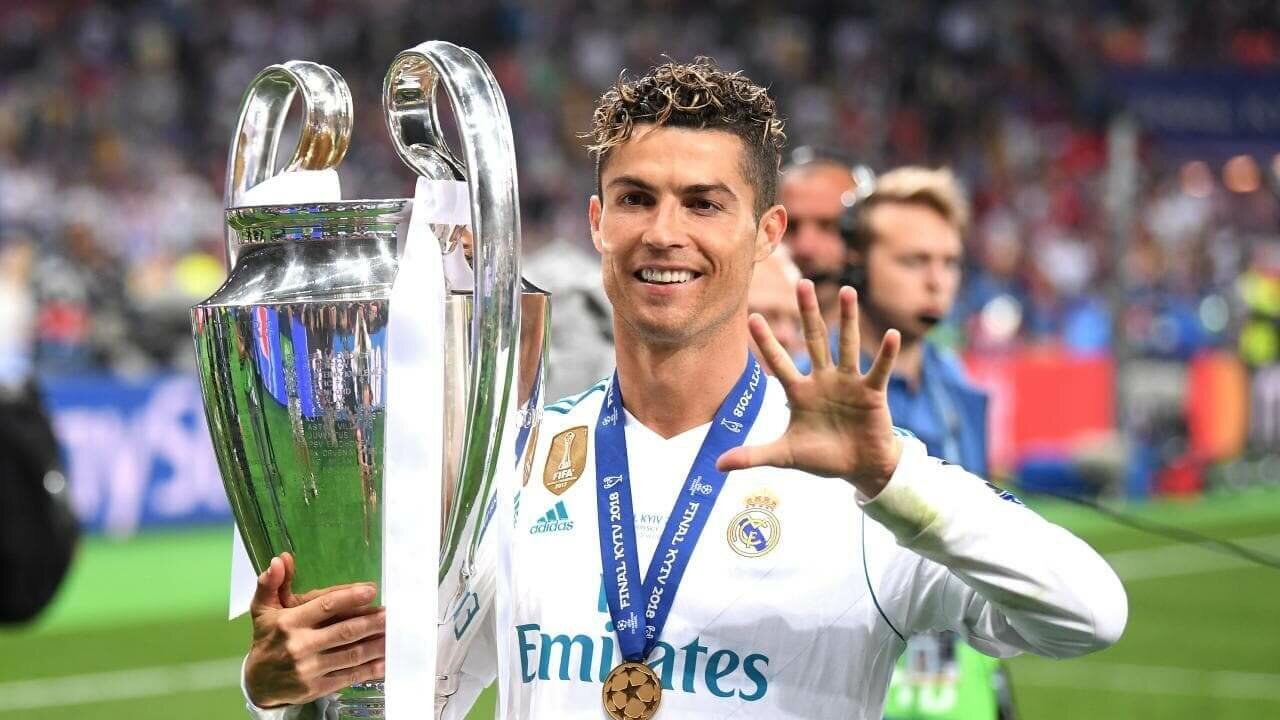 Perhaps the most unsurprising name in the squad, Cristiano Ronaldo has been an absolute sensation on the European stage. An unbelievable tally of 127 goals has seen him etch his name in history as the competition’s all-time top scorer, with over a century of them coming in the last decade.

Acting as the distinguished driving force behind Real’s champagne era, Ronaldo’s unrivalled scoring record will see him go down in the history books for decades to come as arguably the greatest player in the Champions League of all time.

Reigning over the Champions League at both Manchester United and Real Madrid an astonishing 5 times, the Portugal skipper is one of the two only players (the other one being Paulo Maldini) in the competition’s history to win it a record number of times.

Can Ronaldo make it 6 at Juventus? The man never ceases to surprise.

Despite his Champions League decade commencing by being lobbed from 45 yards, Neuer has established himself as Bayern Munich’s No.1 over the years, and was a key figure in their 2013 triumph. While there was a period where the German was inarguably the best in the world, his fall from grace sees Navas take top spot.

It seems unfair to leave a 4-time winner out of the XI and if it wasn’t for Alves’ brilliance then Dani Carvajal would be assured of a spot. The Spanish full-back helped form one of Europe’s meanest defences in 2015-16 and his offensive contributions shouldn’t go without mention.

Similar to Busquets at Barcelona, Casemiro’s tough-tackling presence at the heart of Real’s midfield not only successfully broke down opposition, but allowed his more forward-thinking midfield counterparts to express their creativity. His goal in the 2017 final with live long in the memory for Los Blancos fans.

While he is more of a destroyer than his predecessor, Xabi Alonso, it has to be said that Casemiro has not let the legendary Spaniard’s absence missed due to his fantastic impact at the base of midfield.

Regardless of his sour end to the decade at the Bernabeu, Bale’s terrific CL performances since his 2013 move from Tottenham won’t be forgotten. His electrifying pace and punishing shooting ability instil fear into even the most fearless opponent.

The Welshman’s winner in the 2014 Champions League final along with stunning overhead kick in Kiev, that will go down as one of the best goals in Champions League history along with another long-range strike against Liverpool, courtesy of a Loris Karius horror show makes him a man for the competition’s ultimate stages.

The ultimate sacrificial striker, Karim Benzema is extremely unfortunate to miss out. Despite being a goal ahead of Robert Lewandowski, the Frenchman has reached almost the same tally in 33 more matches. However, credit must be given to Benzema for not just his effectiveness in front of goal, but also his creative abilities in dropping deep and often setting up the likes of Ronaldo and Bale in what was the famed ‘BBC’ trio.

The former Lyon striker is having another brilliant season for Madrid and he certainly is hard done by to not have made the cut.