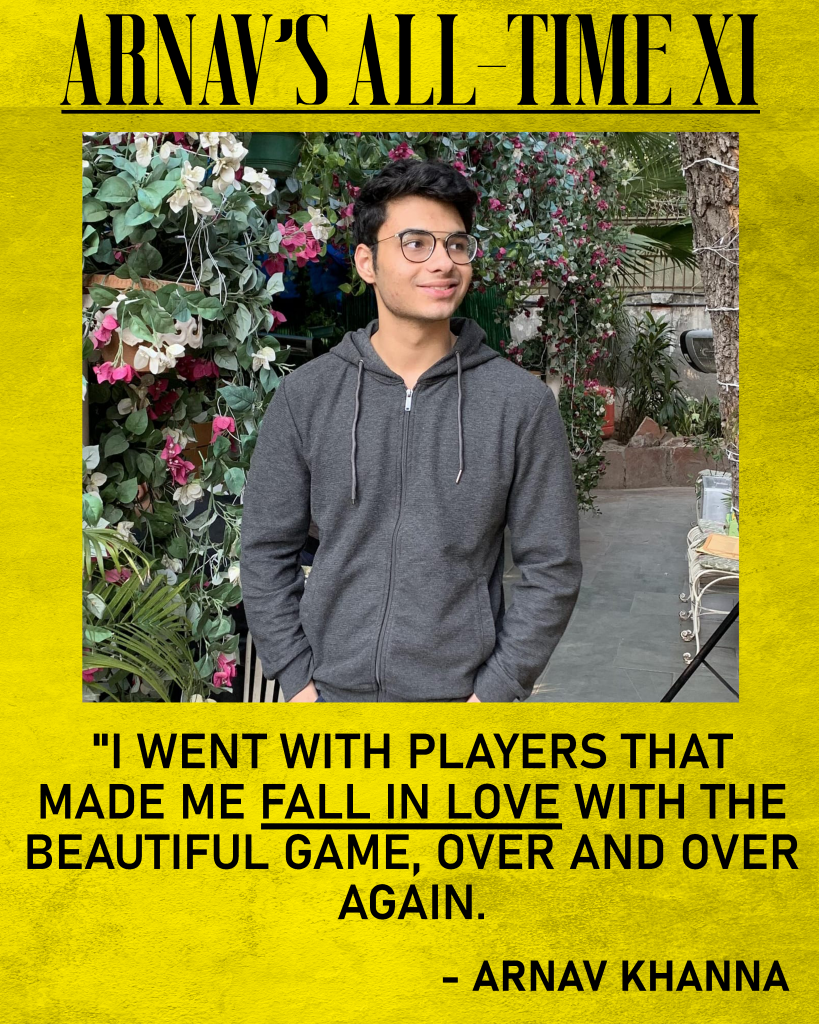 Icould have picked the “best” players I have ever seen and assembled a lineup. But that would have been way too simplistic, way too mundane.

Instead, I went with players that made me fall in love with the beautiful game, over and over again Some indispensable, some peculiar but all of them have touched my heart. 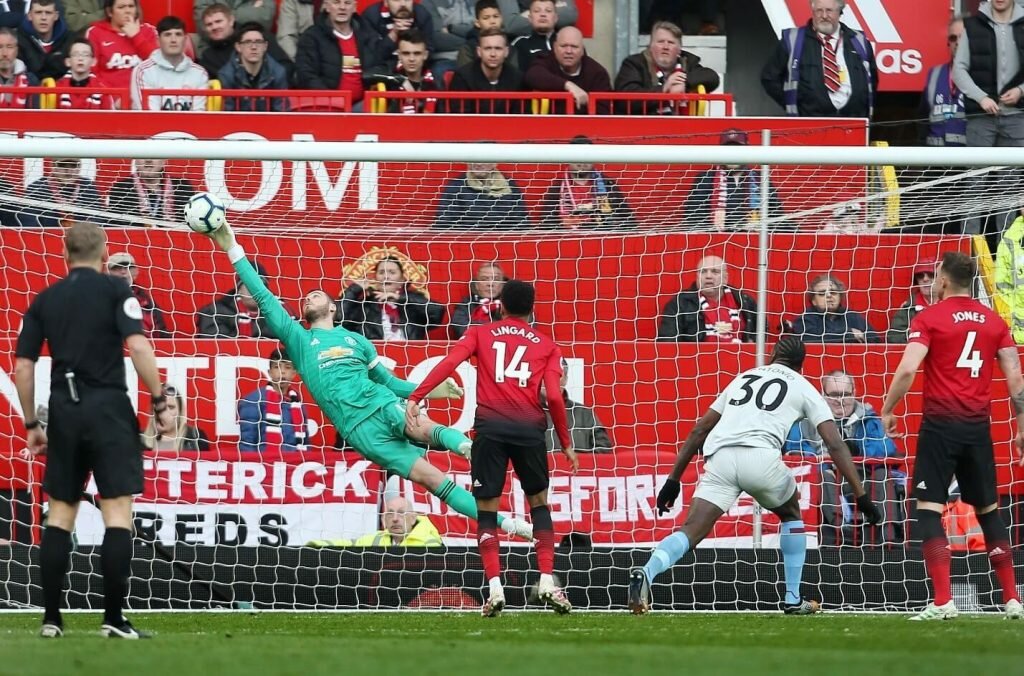 There are only 2 players who have ever made me feel that I am watching an inhuman entity at work. One is a certain diminutive Argentinian and the other is David De Gea.

During that golden period of 2015-2017, the Spaniard would pull off saves in a single game that other goalkeepers would be lucky to emulate a few times in their careers, let alone in a span of 90 minutes.

It can be argued that there has never been a period where a club was carried by the goalkeeper on his back to such an extreme extent.

You would think the ball is in the back of the net and then he would appear, like an omen of invincibility. You would concede chance after chance but somehow come out unscathed (*coughs* United 3-1 Arsenal).

Still going strong, when de Gea finally hangs his gloves, he will break bread with the greatest ever goalkeepers. 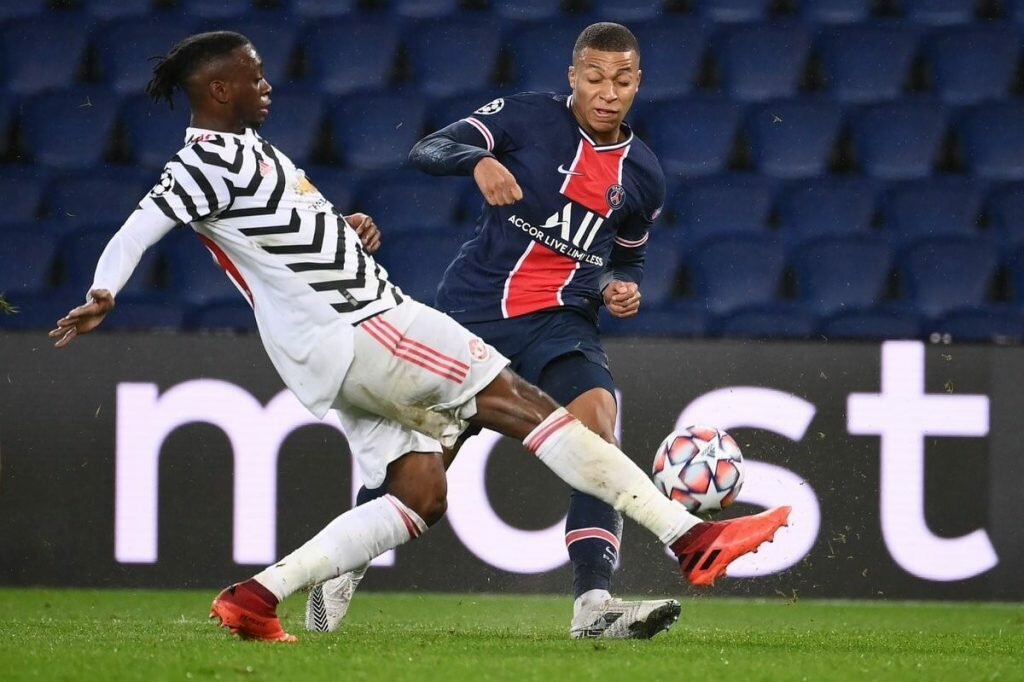 From the moment AWB put on the red threads, I have developed an intense liking for him, both as a player and a person. His mastery of the sliding tackle, his unusual gait while running, his hilarious attempts at producing flair; how could I not love him?

Also, I strongly feel that he is a victim of an obsession with aesthetics. Sure, we all love silky footballers but what doesn’t add up is that even when he does perform well, the Englishman never gets the cheers because looking at him, you don’t feel that he’s playing well.

What I see is a class player hiding underneath a sheath of under-confidence and negative spotlight.

We’ll see if he comes out of the weeds or not, but until then, I’ll enjoy watching “Spider-Wan” try his hand at Joga Bonito. 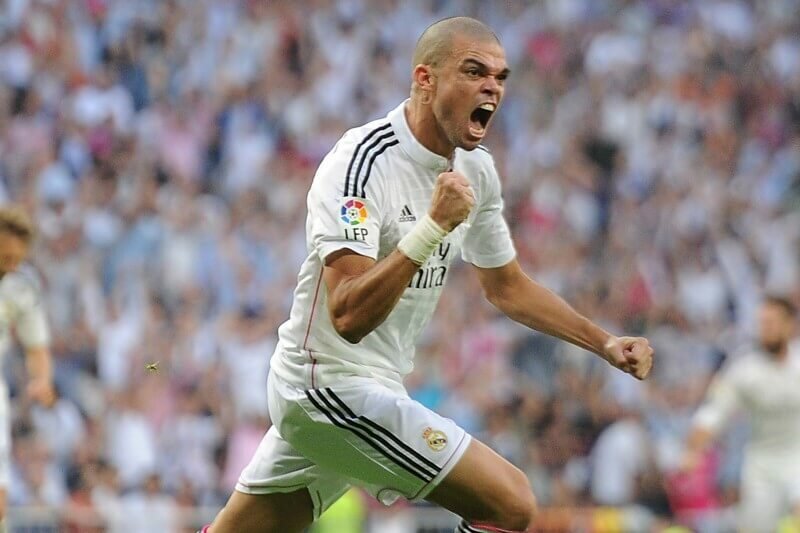 When I think centre-backs, only two flags flutter in my imagination – Spanish and Portuguese. Starting with the latter first, one of the nation’s finest warriors is a certain Pepe who still starts for his nation at 38 years young.

A defensive genius who always caught my eye, even if it was his unbridled aggression that stole the headlines

Firing on all cylinders, Pepe would always be on the front foot, trying to snuff out any danger before it even reached his box. His interceptions and proactive tackling made him the perfect central defender to prevent high-risk situations from even coming to the fore.

Covering large spaces left by the bombing full-backs, I rarely ever recall messing up the balance between delaying the tackle and diving in.

My love for Pepe emanates from the understanding that beneath the hardened exterior is a master of the art of defending.

The brawns are merely the vessel, the brain is the one which deserves the flowers. 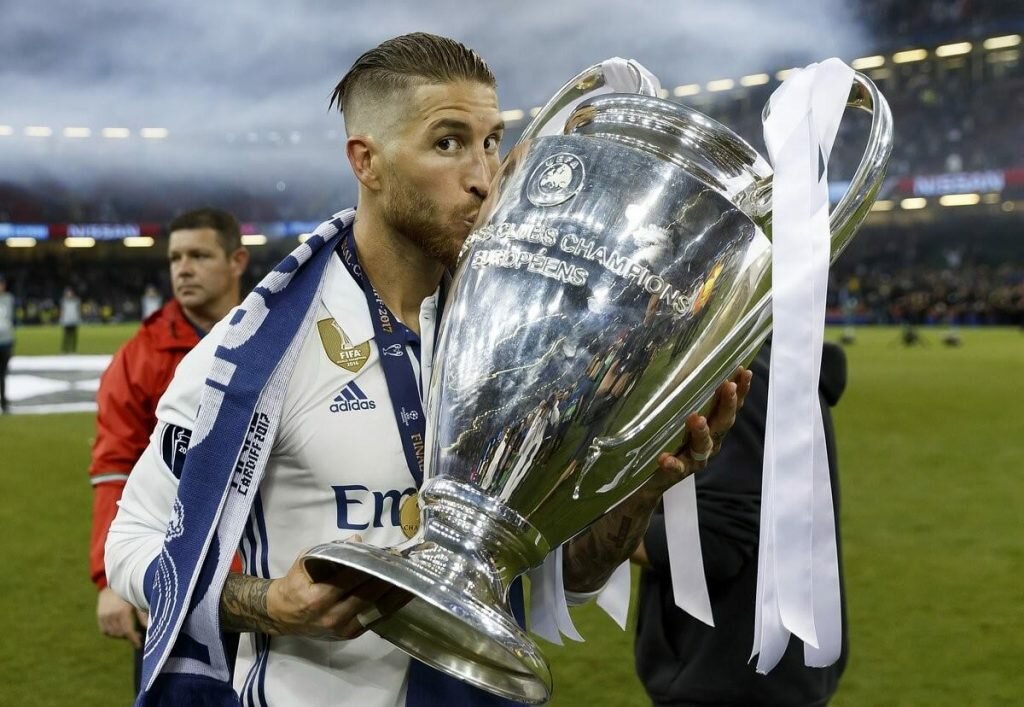 I’ve covered the pride of Portugal and now it’s time to talk about the soul of Spain. A centre-back who often left me giggling at my television screen- Ramos defended as if he was bullying the attacker and I loved every second of it.

I always remember Ramos as being the one who would always be there. Dangerous cross into the box?

Right place, right time to mop it up. Attacker marauding towards goal? Not anymore, with Ramos covering the space like the master he is. Corner kick to Madrid? Fill in the blanks yourself.

He stepped onto the pitch and made it his own.

Amidst all the chaos and rashness that comes with the Spaniard, there came a sense of security because he is the definition of a ‘serial winner’.

The Ramos reign has been a pleasure to witness. 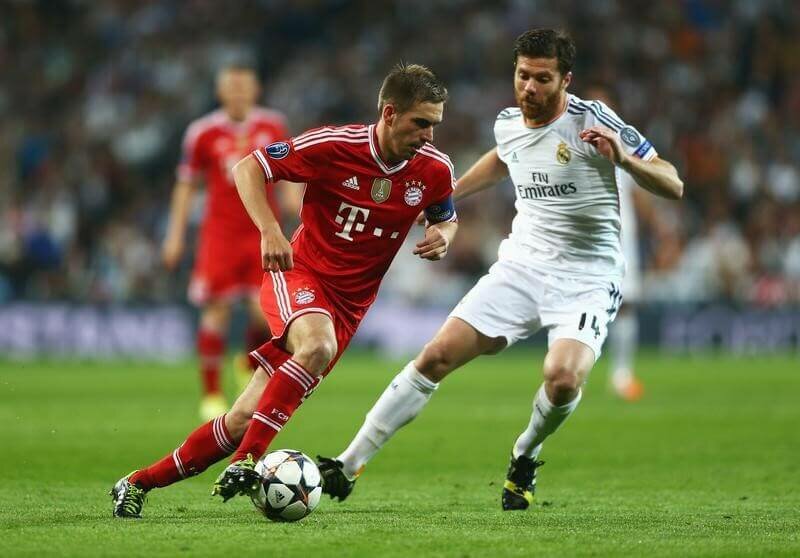 I love Philipp Lahm as a player. But more than the man himself, I am obsessed with him as a concept.

Full-back and defensive midfielder extraordinaire- two terrains that are worlds apart, yet the ‘Magic Dwarf’ traversed them all so effortlessly. It’s funny that even in my all-time XI, he plays as a left-back because versatility is just standard procedure for Lahm.

Effortless is the adjective I’d ascribe to everything he did. The runs from the outside-in, the deft drop of the shoulder, the faultless tackling, the pristine passing. It always felt like he was one step ahead of everyone else on the pitch.

His intelligence and grasp of the core footballing fundamentals played a huge role in how I developed my eye for understanding the game itself. Perfect that what is easy and the sport itself would stop being difficult. 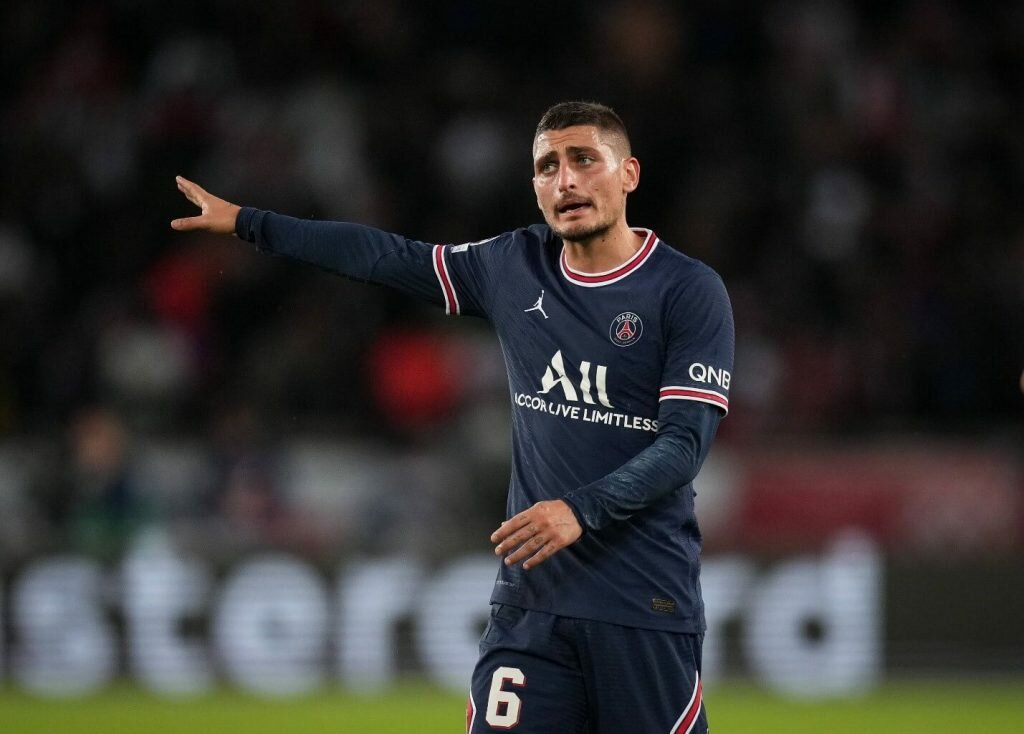 Every time this Italian wizard is on my screen, I find myself distracted from the game and transfixed on everything and anything he is doing.

A dying breed of midfielder who is adept in all phases of play, the European Champion is the most press-resistant midfielder I have ever seen in action.

The ball clings to his feet by some ethereal force as he ghosts past players, spoon-feeding the ball to his teammates after doing all the hard work himself.

Tireless in his work ethic, he is surprisingly resilient in defence for a man of his size. Grace and poise in every action of his, he would have solidified his stature as an all-timer had it not been for constant injuries. 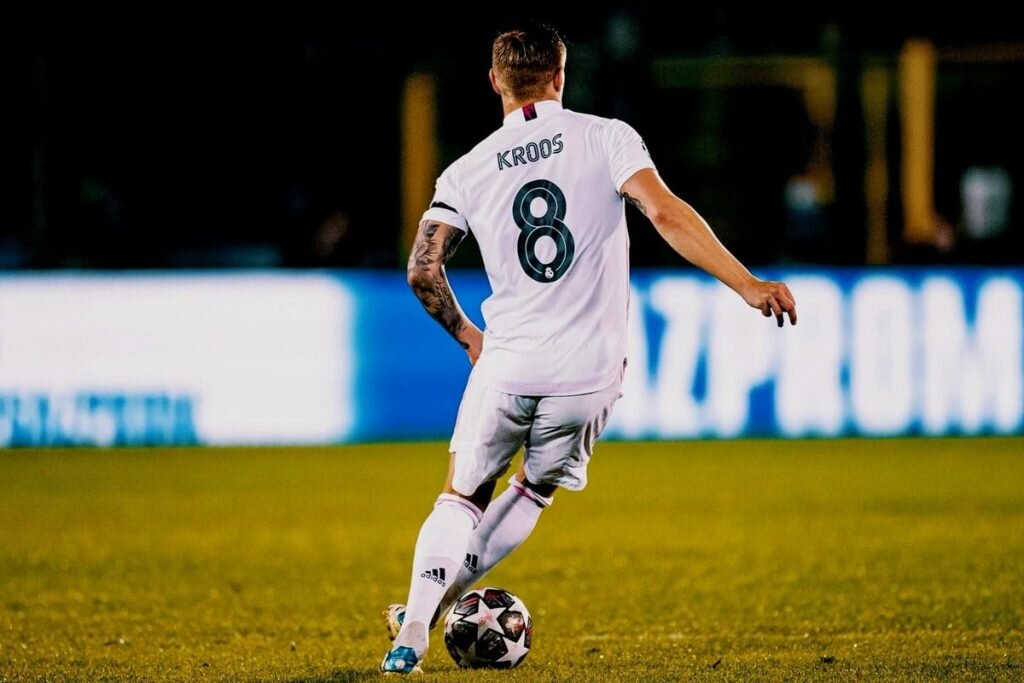 Speaking of all-timers, while Verratti is the poet, Kroos is the professor. Watching the German play is a lesson in football, a presentation on how to become the perfect midfielder.

Another jugador who can dominate all phases of play, he is one of, if not the most faultless midfielder that I have ever seen.

Kroos must play with the most detailed mental map of the pitch and everyone on it, such is his speed of thought and perfection in execution.

Finding the perfect balance between safe and incisive, his pass selection is second to none.

Controlling the tempo, lending a hand in defence letting a few rockets fly – Kroos was put together on the same assembly line as Lahm and Matthaus. 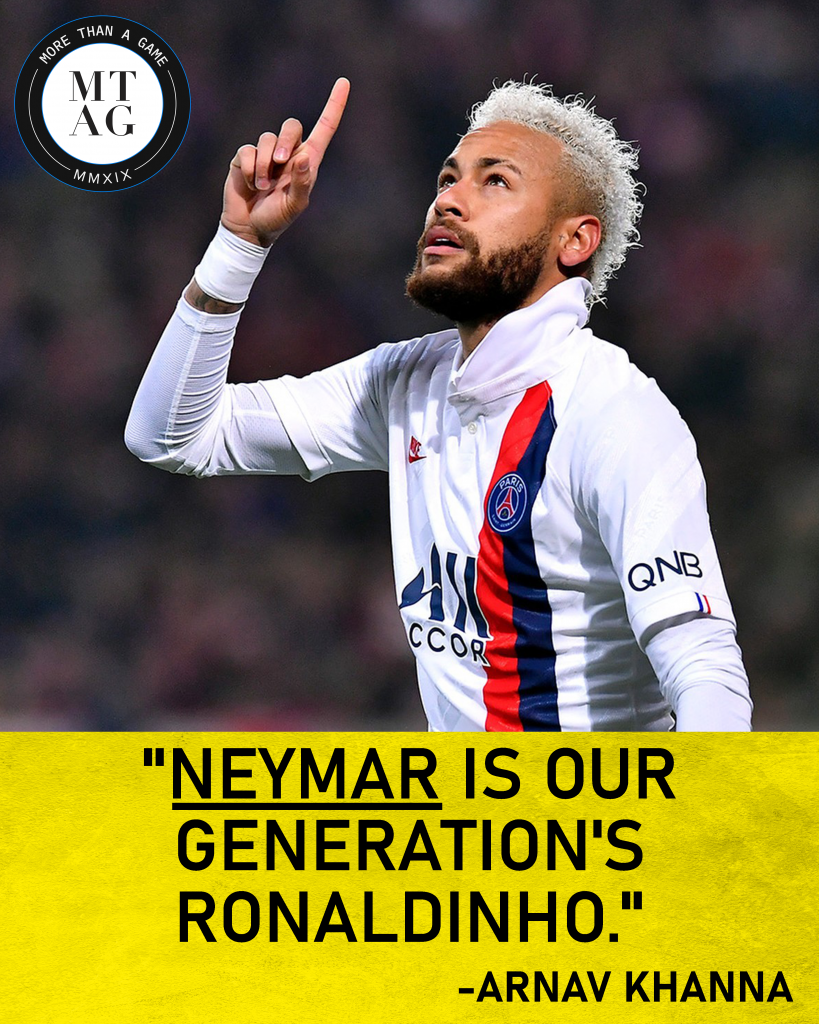 Neymar is our generation’s Ronaldinho. You’d be wrong to say I’m nor right on this one.

There are some players that deserve their flowers; Neymar deserves a whole orchard.

A player who can be a physical embodiment of ‘the beautiful game’ while still racking up the numbers that he does makes him a truly generational specimen.

Just staying true to his play style is an act of defiance by Brazil’s national treasure in today’s stats-obsessed footballing landscape.

Watching his lithe figure glide on the pitch as defenders cling on for dear life is a joy, a joy that has travelled from Camp Nou to the Parc des Princes and yet has never been extinguished.

The player, the story, the uniqueness – all come together to present something and someone that can never be forgotten. 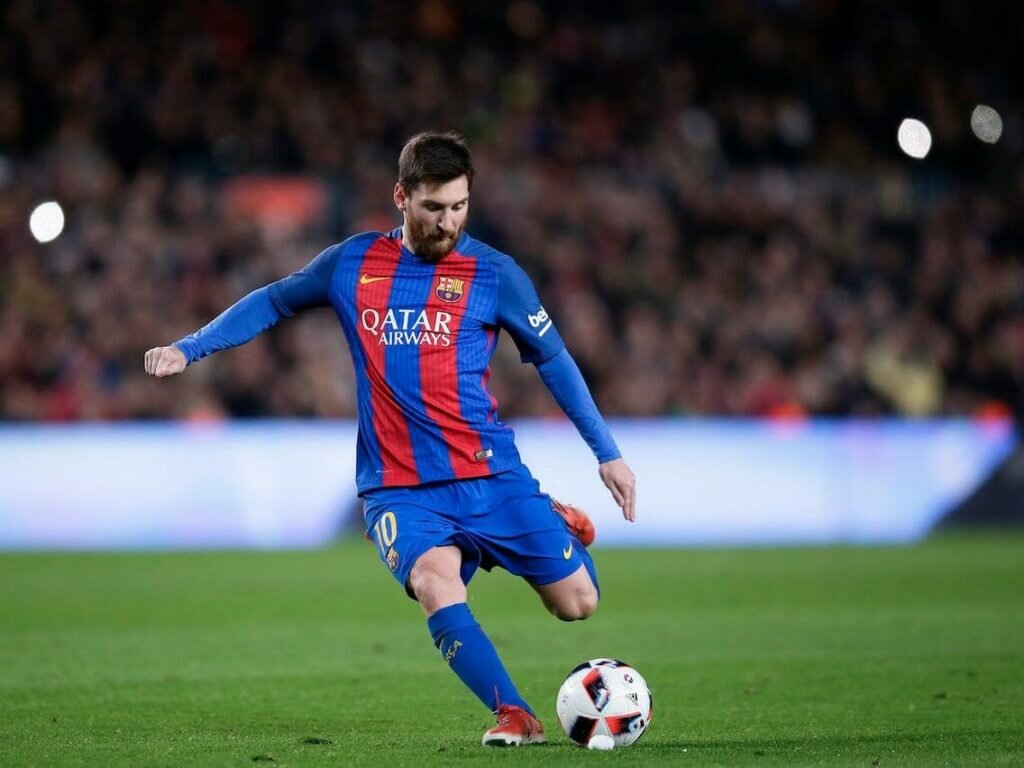 Running out of adjectives when talking about Mr. Messi at this point

There isn’t really much to say about Messi at this point. Simply put, we are probably never going to see a player like him ever again.

He has an aura, a gravity, a standing in the game that is unmatched by any of his contemporaries. Everyone else feels human, he doesn’t. Put him in a final third and he will do everything and do it at a level which nobody else can ever come close to.

From Pep’s Barcelona to Poch’s PSG, the Argentinian has transformed himself over and over again; yet his legend has never dimmed its glow. A colossus of this sport. 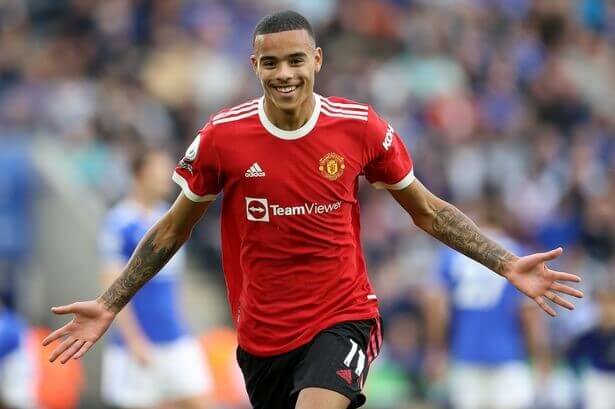 The potential is limitless with this kid

I do not care that he is just 20 years old, this boy will be in the “all-time” discussion by the time he steps off the pitch, guaranteed.

Greenwood is frighteningly complete with just 3 years of professional football under his belt. You try to tackle him, he spins you. You stand him off, he shoots from range (and scores).

You double up on him, he finds the spare man. There is almost no facet of Greenwood’s game that is lacking.

One of the finest graduates out of the Manchester United academy for ages, the lad ticks all the boxes. He is an outlet up top, creative when out wide, can link play up when in the hole and can smash it top bins with both feet.

One thing is very clear- Mason Greenwood is going straight to the top. 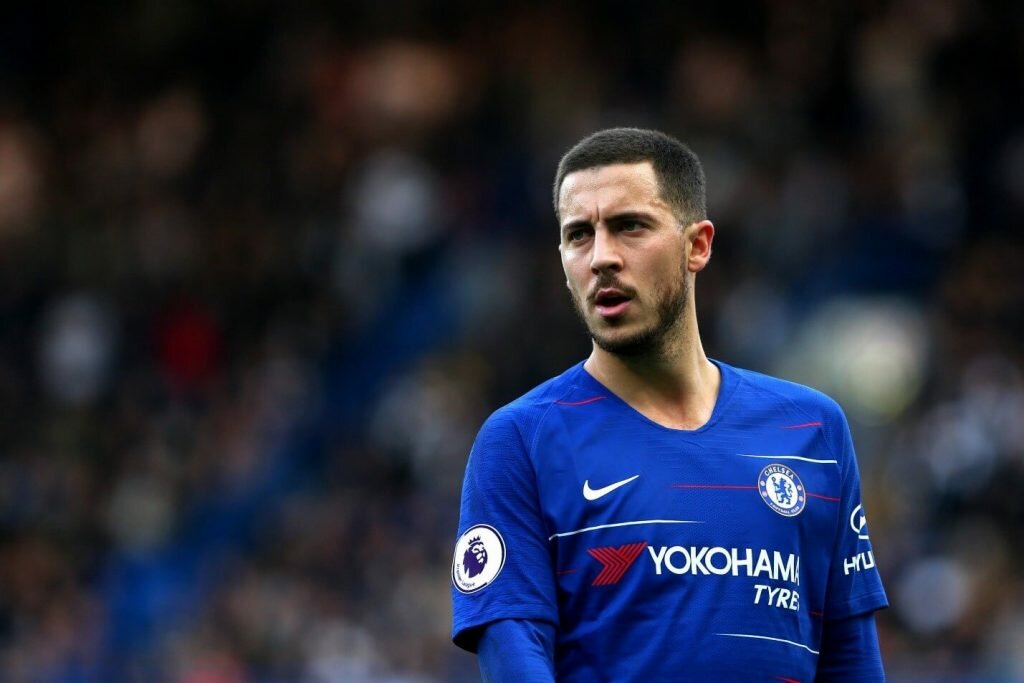 My criterion for picking players was the kind of emotions they incited within me, and oh did Eden Hazard leave me an emotional mess.

As a Manchester United fan, there wasn’t a more terrifying sight than the Belgian in blue running at your defense in full tilt.

With that low center of gravity, the moment Hazard got going, it felt as if he would be impossible to stop, and more often than not, he was. Here was a player who was just enjoying the sport, him desecrating defenders and dominating games was merely a bi-product.

There are very few players who can centralize an offense system around them the way Hazard can, serving as a foundation for Chelsea’s attack for a decade.

Just give him the ball and he’ll do what is needed – all with a smile on his face. 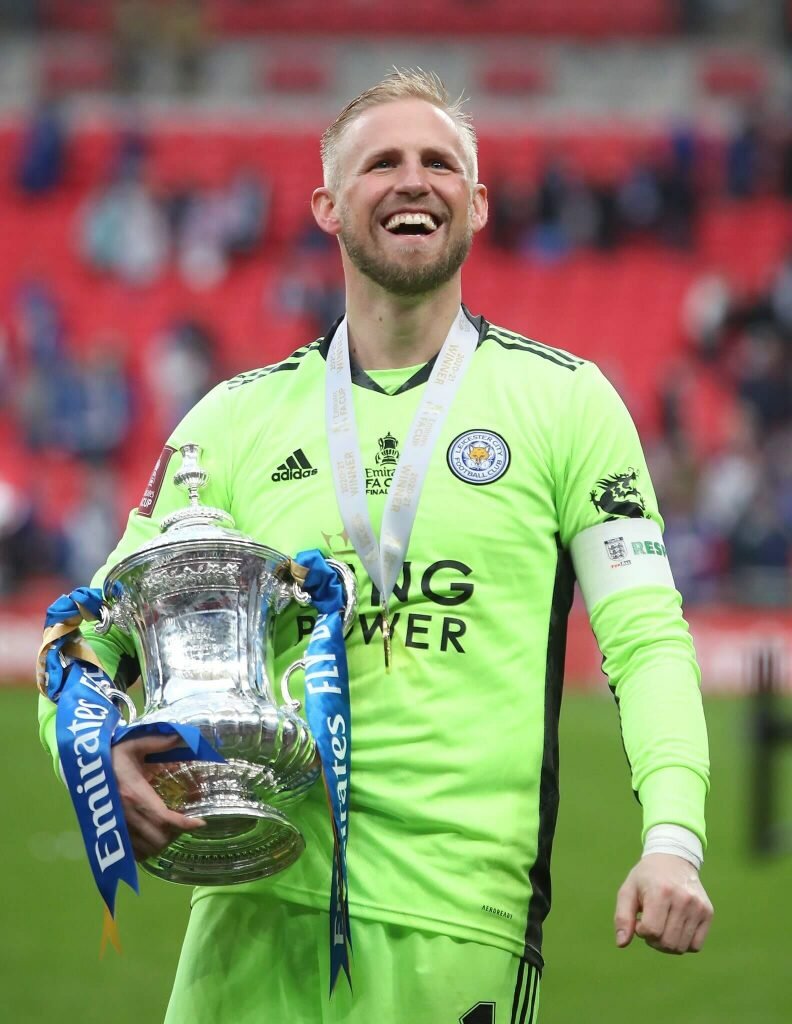 An outside entry, but one that I felt was needed. Kasper Schmeichel is a brilliant goalkeeper who goes way too under the radar, due to simply not being at a Champions League club.

The fact that the Danish skipper is hailed as a cracking ‘keeper himself, instead of just being in the shadow of his legendary father speaks volumes of his caliber. 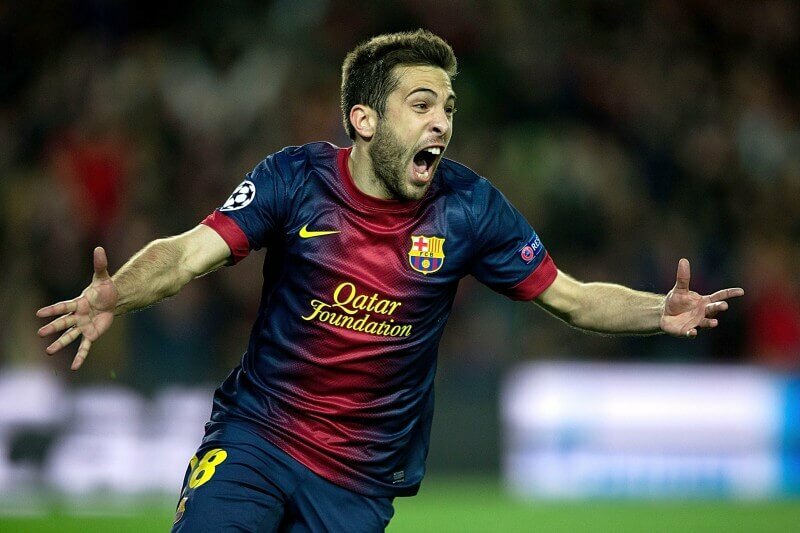 Continuing the trend of diminutive left-backs, Jordi Alba is another player who I have always quietly appreciated.

The European champion has made excellent use of his freakish pace for both offensive and defensive excellence over the years. And even now, he remains a top-drawer left wing-back for Barcelona. 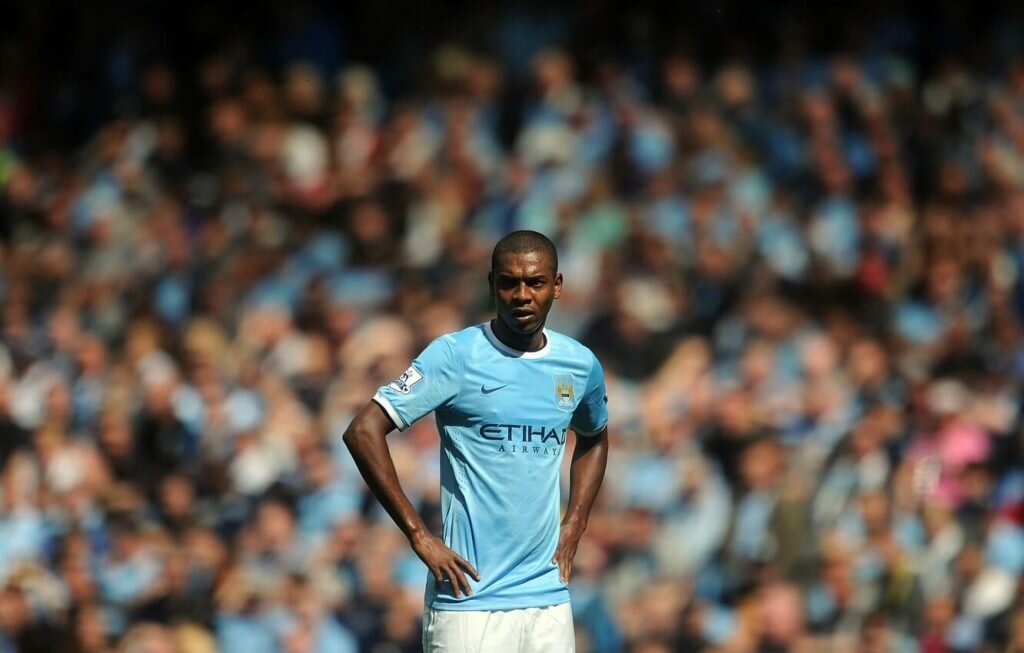 If I was to combine what I love in a centre-back and in a midfielder, I Fernandinho would be the result of that concoction. Super well-drilled in the basics but still a defensive stalwart and a true Guardiola favorite, the Brazilian general was a gem for any team in his prime. 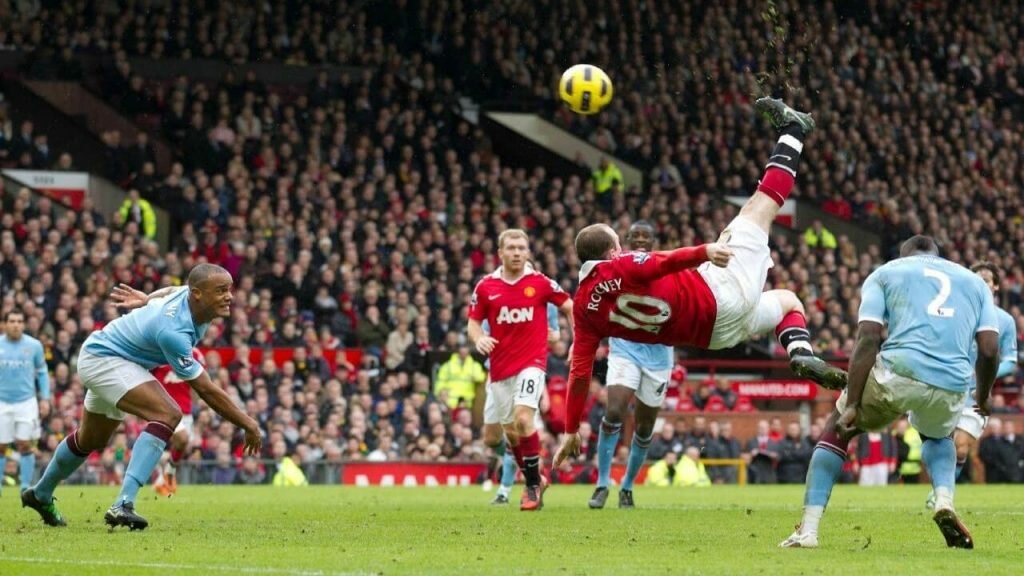 I never had the privilege of watching Wazza in his prime, but always felt a special connect towards him, even during the tail end of his career. His attitude, work rate and contribution to my club will always afford him a place in my heart. 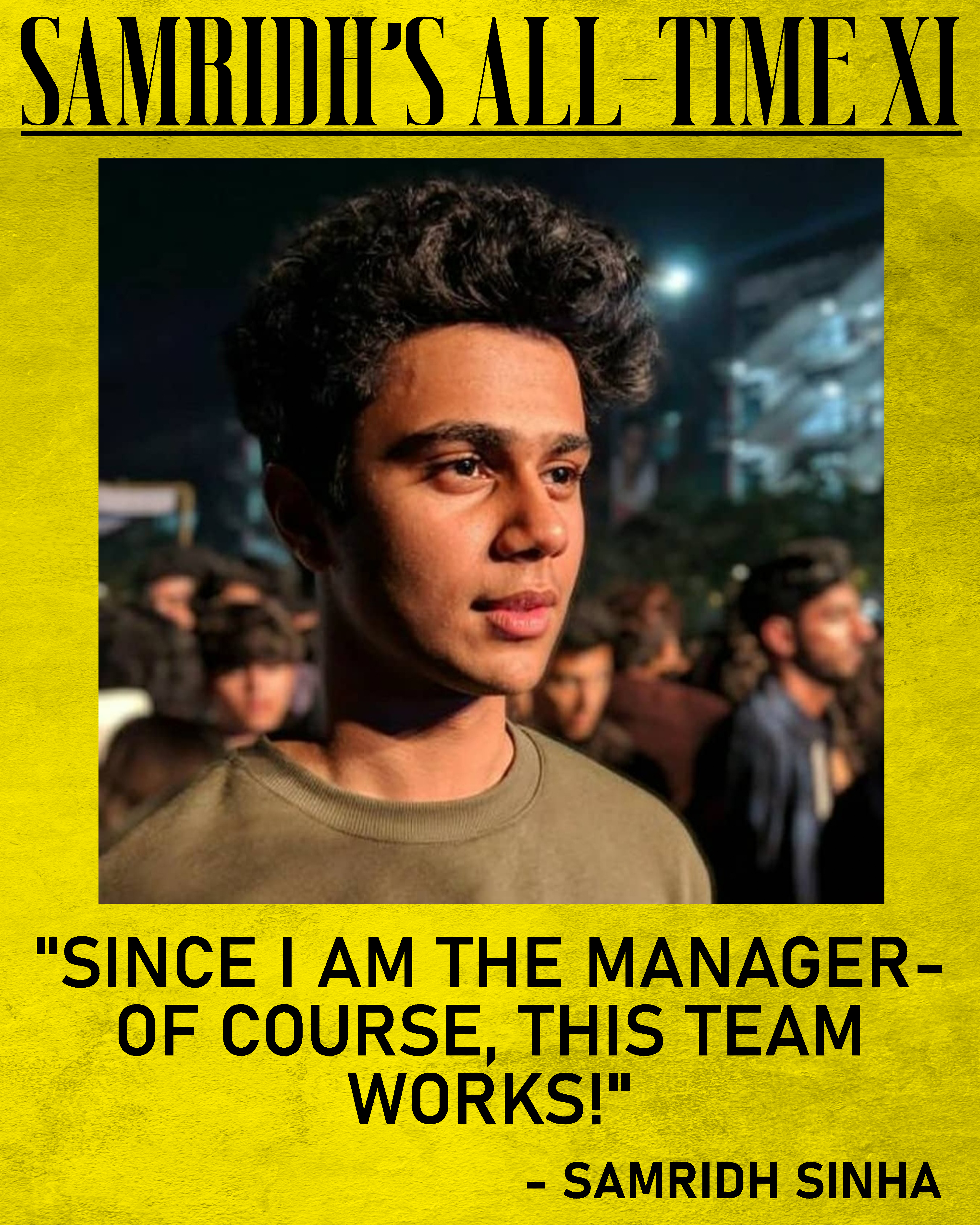 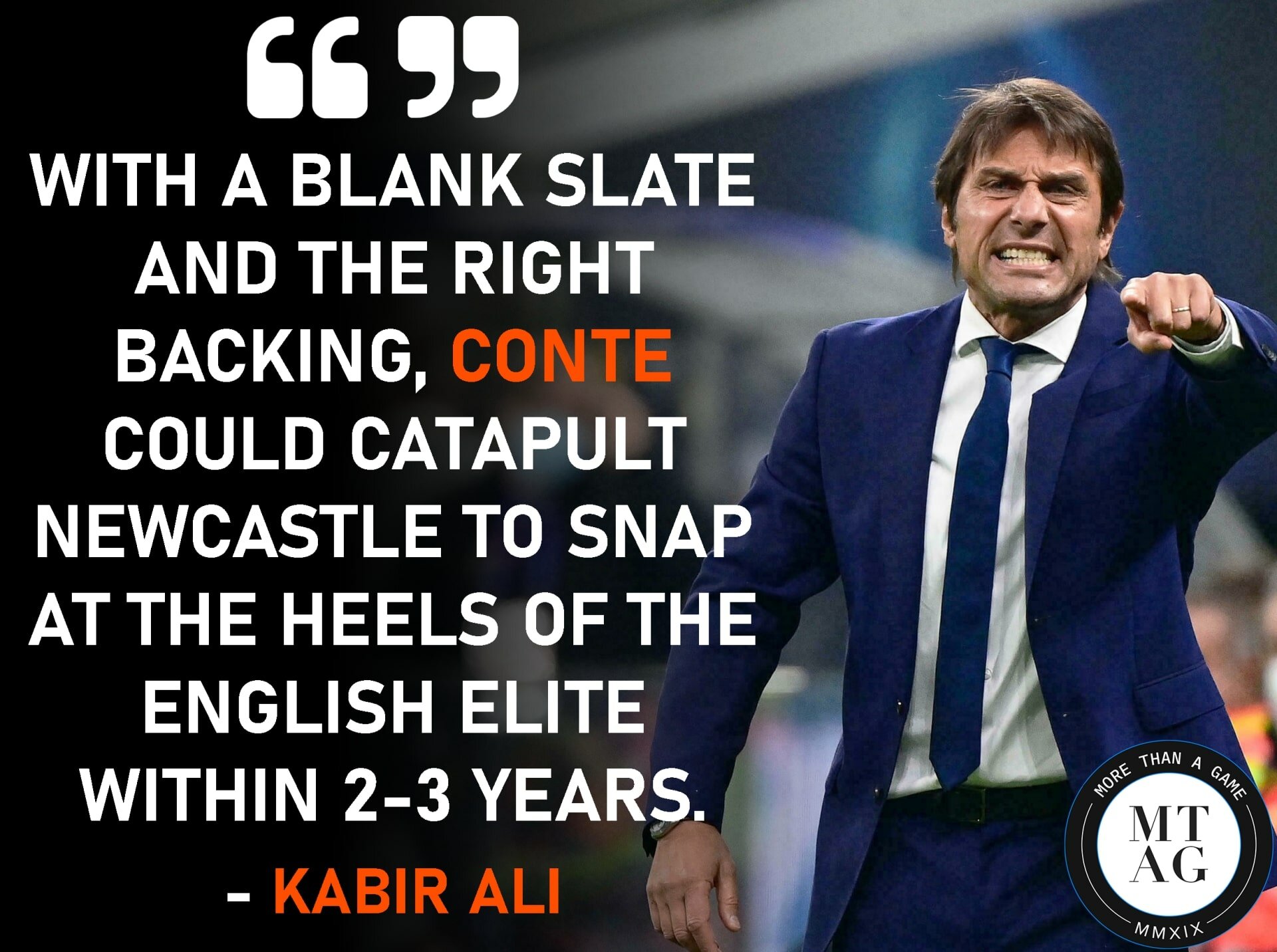 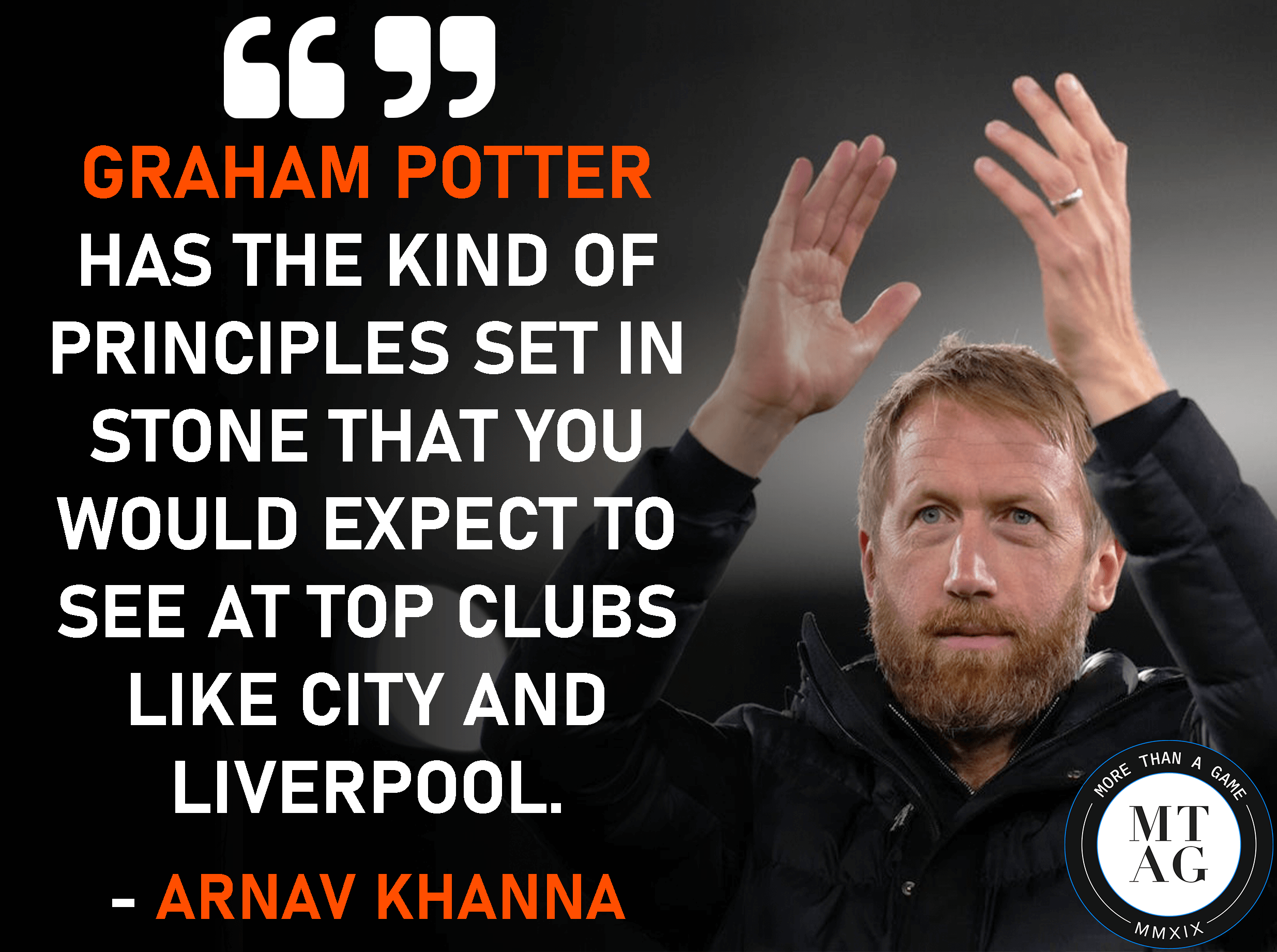