A world of its own

Despite the unrestrained antipathy that defines Lazio and Roma’s enmity, Rome’s finest join forces in defending the sanctity of the battle. While self-proclaimed connoisseurs of Italian football may consider the Derby d’Italia (Derby of Italy) between Juventus and Inter Milan as rivalry royalty; time stops when the Derby di Roma (The Rome Derby) is in action as an entire season’s expectations are perched on a single set of 90 minutes.

When Juventus and Inter Milan lock horns in a spectacle between the country’s two most decorated sides, the focus of both teams has always been on the bigger picture; winning silverware. In the case of the eternal feud between Lazio and Roma, fans from both sides first peruse through the fixture list to discover when derby day arrives, and then look at their opening contest, and progress.

Lazio and Roma are as familiar as foes can get as they share the Stadio Olimpico as their footballing abode and on the day of the contest, the atmosphere goes beyond the two sets of supporters and the match itself; it becomes a feeling that encapsulates the will to leave it all out there in the midst of battle.

Other derbies may come and go, but when the whistle blows for the Derby del Capitale (Derby of the capital city), only the lionhearted survive.

A divide sparked by an intention to unite

In 1927, Fascist dictator Benito Mussolini was brimming with the overwhelming desire of dismantling the sovereignty of Northern Italian outfits such as the Milan clubs as well as Juventus over Italian football. So much so was the extent to his yearning for a Roman force to set pace, that he carried forward the idea of a merger, initiated by founder Italo Moschi between 3 city-based teams- Roman, Alba-Audace and Fortitudodo.

However, Mussolini’s bid to unify Rome as a full-fledged footballing empire was rejected by Lazio’s de facto leader, Giorgio Vaccaro. Things have never been the same since then.

The roots of these inseverable ties stem from two differing schools of thought. The Romanisti have been stung by a feeling of betrayal as their vision of amalgamating every nook and cranny of the city to create a Roman superclub was hampered by Lazio. On the opposite spectrum of things, I Biancocelesti (The White and Sky Blues) simply wanted to carve out an identity of their own.

As a result, Roma supporters address the Laziali as burini (peasants) as they continue to be miffed by their foes’ refusal to join hands in the early 1900s; hailing themselves as the torchbearers of Roman football.

While I Giallarossi (The Yellow and Reds) boast of having a wider fanbase within the city, it must be said that their 3 other allies certainly bring the numbers in. Lazio, on the contrary can always hark back to history as they were birthed 27 years prior to their rivals and put Rome on the footballing map for the first time in history.

To this day, the arguments and animosity regarding this one monumental decision has soured relations between the inner-city rivals.

Stirring the pot of hatred: political tensions, racism and violence

Hailing from the posh neighborhood of Prati, a sense of affluence was always associated with Lazio, where Rome’s most hoity-toity of residents represented the club’s fanbase. Roma, on the contrary was a club of the people. Again, this may also owe to the corroboration of other sides in the city in leading to the club’s formation; however, they called Campo Testaccio their home from 1927 to 1940, a stadium that was situated in working-class Northern Rome.

The gulf in lifestyle between the common man of the romanisti and the upscale laziali also saw a clash in political leanings. While Roma is believed to be a club that champions left-wing ideologies, the opposite can be said for their arch nemesis. After all, Paulo Di Canio’s infamous fascist salutes are ingrained in the memories of observers that were taken aback by the erratic midfielder’s actions.

Regrettably, such political differences have spilled onto the pitch, fueling the fire of numerous racial attacks.

Italian football’s strife with the concept of racism exists in a day and age where open dialogue about such a layered issue is commonplace universally. When young black players such as Raheem Sterling and Moise Kean are flying the flag of progression high by shining light on such deplorable acts of discrimination, the recent incident between certain sections of Inter fans and Romelu Lukaku is a testament to how some people continue to turn a blind eye on issues that could make-or-break any individual, let alone a footballer that must face such vile attacks while being expected to play at the highest level of their abilities.

In a similar vein to such backward dogmas about racial discrimination, Lazio, much like a bag of other clubs in Italy have committed heinous prejudicial crimes. The most recent memory that springs to mind is Senad Lulić’s character assassination of current Chelsea defender, Antonio Rudiger in a post-match interview after Roma were vanquished 2-0 by Lazio in 2016.

“Two years ago, he was selling socks and belts in Stuttgart, now he acts like he’s a phenomenon. It’s not his fault really, but the faults of those around him. They haven’t taught him good manners.” While the Bosnian did not directly address aspects such as race and/or color, slating Rudiger’s struggles in the past and background show a clear distaste towards the trials and tribulations of an immigrant that is merely trying to make ends meet in a foreign country (Germany, in this case).

Fleeing Sierra Leone after the civil war in 1991, Rudiger’s parents arrived in Berlin and found love, which eventually led to them getting married and residing in one of the city’s most crime-stricken areas, Neulkolln. Lulić, however was unbothered and proved that ignorance is always afraid of change.

The Lazio left-back showed a serious lack of apathy by refusing to apologize and backing his stance up by saying that “white people sell socks too”. A 20-day ban was a punishment that barely even scraped the barrel as such close-minded individuals continue to remain an indictment to the sport.

Anti-Semitism has been the protagonist to some of the Lazio’s ultras’ most high-profile incidents of racial threats.

In the 1998-99 season, laziali unveiled a 50-meter banner that read “Auschwitz is your town, the ovens are your houses.” This was not just an isolated incident, but rather the conception of what occurs through using hate to spread propogandist ideologies as well as a general lack of awareness and compassion.

Lazio’s anti-Semitic banner reveals the dark side of derbies

One could have expected them to leave such appalling actions behind them, however Lazio’s ultras have shown that their bigoted worst will never cease to exist.

In 2013, they had posted stickers of Anne Frank in a Roma shirt around several areas of the city. Four years later, this incident resurfaced during their clash against Cagliari when the same stickers were stuck on glass barriers.

While 13 supporters received stadium bans and Lazio players warmed up in t-shirts which read “No to anti-Semitism”, the fact that club president, Claudio Lolito’s promise about taking 200 fans every year for a trip to Auschwitz is yet to be put into action is a reflection of the dire state of racial sensitivity in Italy.

Violence and derbies go hand-in-hand and the Rome derby has had its fair share of incidents when matters have been taken into one’s own hands instead of feet.

A prime example of this occurred in 1979 when Lazio supporter, Vincenzo Paparelli was struck by a flare in the eye and eventually passed away, with the derby making history for all the wrong reasons as the fan became the first fatality in Italian football. This incident was an extreme indicator of the levels of intensity the tie could reach, however, the resultant of this feistiness was that it was a shameful representation of an iconic derby where ultimately, the pride is in battle.

In the 2004-05 campaign, the derby had truly reached its bizarre and hotheaded peak. As news broke out about the death of a young child outside the stadium after a police car ran into him, both sets of supporters were shell-shocked. As they caught a glimpse of a body covered in sheets, they assumed that it was that of the child and chaos had ensued.

Despite 7 announcements in the stadium that had confirmed that the rumor was false and the child was simply out of breath due to the spread of tear gas in the air. However, the news had fallen on deaf ears as the riots had already kicked into gear.

With 3 Roma ultras making their way onto the pitch and trying to reason with club captain, Francesco Totti, the Roman legend ordered the referee to call the match off due to fears of potential violence breaking out between all parties.

Ultimately, brawls did take centerstage after the match had transpired between the police and the supporters, resulting in 13 arrests and a staggering 170 injuries.

However, during the match, referee Roberto Rossetti contacted Lega Calcio president, Adriano Galliani via a phone call who decided to postpone the match on the spot and rightfully so.

Another situation that was indicative of the inconceivable lengths a certain fanbase is willing to go to in order to threaten their opponents was when the laziali hung dummies with Roma shirts near the Colosseum with a banner that read, “A warning without offence, sleep with the lights on!”

To say that the fervor of the derby gets the better of a select group of people is saying the least.

Ones for the highlight reel

In a clash that has had every conceivable situation occur on and off the pitch, certain moments of magic and madness have solidified the derby’s legendary status.

Francesco Totti’s ‘selfie celebration’ against Lazio in front of the Curva Sud was one that send the Romanisti into ruptures, as II Gladiatore (The Gladiator) spearheaded a spirited comeback by netting a sensational brace. However, his exploits in front of goal may have slipped out of people’s minds after Totti’s unabashed act of passion showcased his adoration for his club and the Rome Derby.

Posing for a selfie with the Roma supporters was a sign of Totti moving with the times and the truth is that despite his age, the fire in the fixture’s top goalscorer and appearance maker’s belly about taking centerstage when all eyes were on him never ceased to flicker.

Speaking of prolific strikers, Vincenzo Montella’s sublime quartet is undoubtedly the standout performance in the Rome Derby. While his hattrick was a demonstration of his predatorial instincts in front of goal, Montella capped off a brilliant display with an absolute piledriver to bury the contest. Totti also joined in the act, dispatching an exquisite chip above the goalkeeper in a tie that finished 5-1.

The Eagles’, on the other hand will always hold their 3-0 drubbing of Roma in 2006 in high esteem, Cristian Ledesma’s scorcher from outside the box is perhaps one of the greatest goals to ever be scored in the history of the tie. With the contest right in the balance at 0-0, the midfielder’s strike was one that even left the laziali speechless.

However, in terms of palpable tensions and the sounds of nails being bitten during a derby, there is none above the 2013 Coppa Italia final. In a cagey affair where both teams were extremely cautious in their approaches, Senad Lulić’s winner secured silverware for Lazio in the first ever showdown between the rivals in a cup competition.

With Lazio and Roma vying for a Champions League spot this season, everything that makes the derby a spectacle is in store when these familiar foes match up in January 2020. 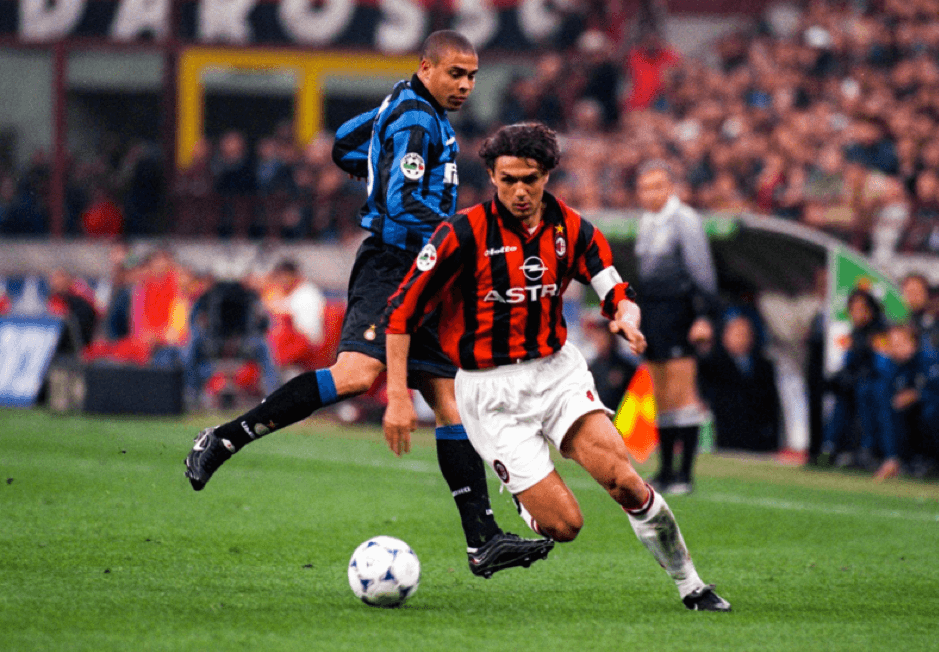 A TALE OF A CITY DIVIDED- THE MILAN DERBY 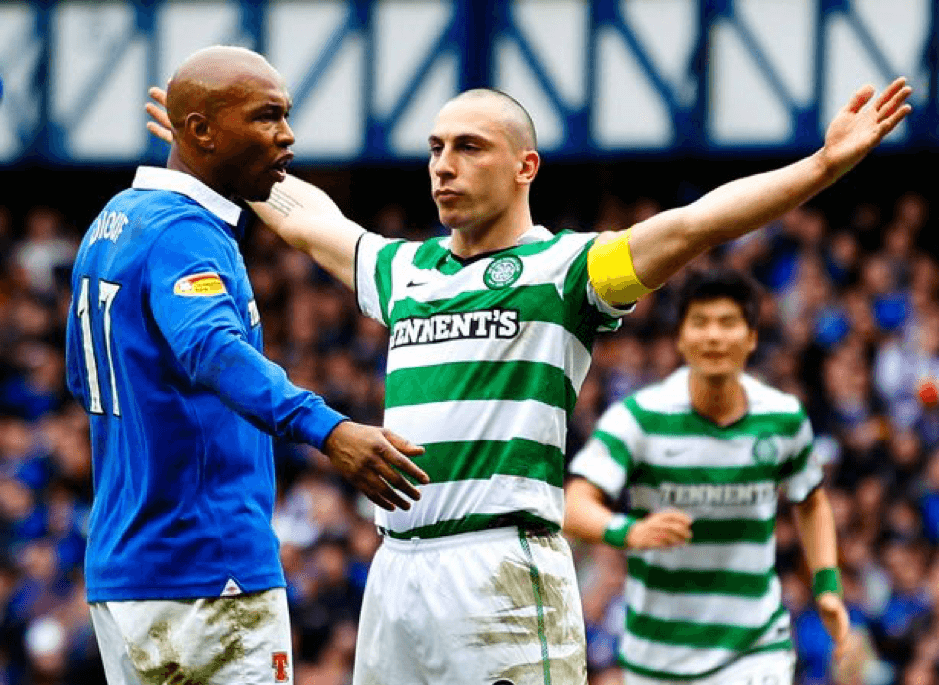