Liverpool Vs Manchester United: A War That Needs No Introduction 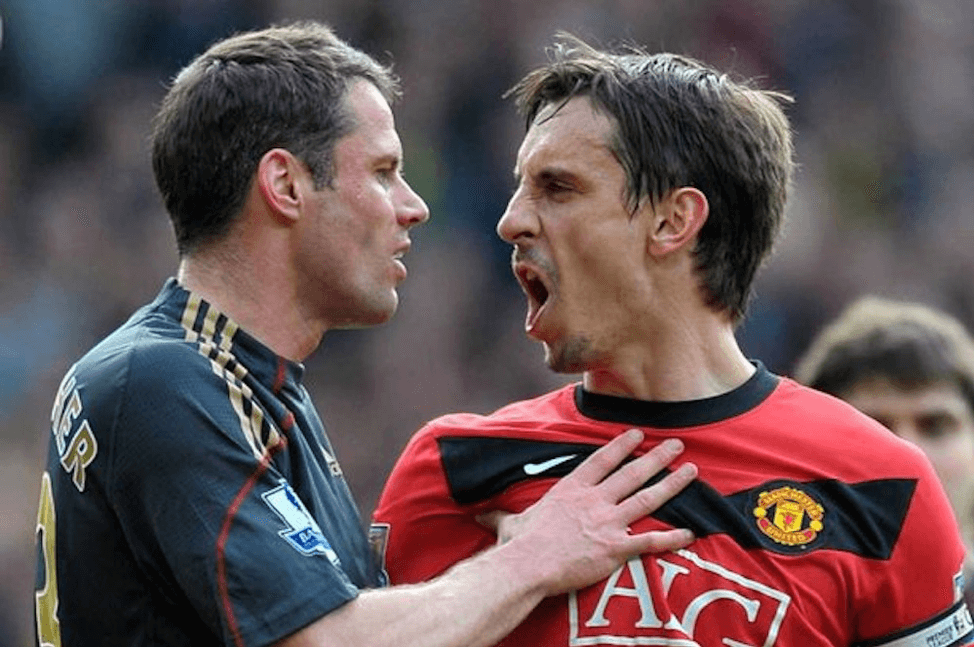 The Premier League is back for another year, continuing the glorious tradition of the highest grade of English football. The 20 undoubted best teams in the country will be vying for various spots, some to win it all, some just to live to fight next year.

Speaking of winning it all, 2 of the most decorated teams: Liverpool and Manchester United will also be competing, albeit to accomplish different targets and naturally will be going head-to-head. But this encounter is a little bit more special and contributes to the overall magic of watching football for the neutrals as well as the ultras.

The North West Derby, as it is known in England and the rest of the world is one of the most high-profile and simultaneously, oldest of derbies in all of association football, along with El Clasico in Spain, the Old Firm in Scotland and the Superclasico in Argentina.

What started the feud?

It all started in representation, as Liverpool represented the thriving economic progress in Merseyside and United, then known as Newton Heath, symbolized the industrial grit and grind attitude of Manchester. Their first meeting, a sign of many a titanic clash to come, ended in a 2-0 victory for the ‘Pool. Since then, the giants have met 202 times, with 80 of them going to Manchester United, 66 to Liverpool, and 56 ending in stalemates.

Dominating English football throughout history and primarily in the 70’s, Liverpool are a team feared throughout the continent, winning 18 titles, 6 European Cups, 3 UEFA cups, 4 UEFA Super Cups, 7 FA Cups, and 15 FA Community Shields overall since establishment, with players such as Kevin Keegan and Robbie Fowler coming through the ranks and devastating defences for their respected years of service. However, the Merseysiders saw their chokehold over the sport gradually fall with the emergence, or re-emergence, depending on how you look at it, of Manchester United.

The Scousers had a massive fall from grace for a period of time and there’s no denying this. However, on the other hand, this can all be credited to the genius one man, whose obsession with winning gave him the title of the best British manager of all time : Sir Alex Ferguson.

The Scotsman took over the job in what was a very fragile and tumultuous period for the club, and after a few ups and many downs, turned them into bonafide world beaters, winning 20 Premier League titles and 2 Champions Leagues, along with 12 FA Cups, and the Community Shield 21 times, with players such as Cristiano Ronaldo and George Best being the stalwarts coming through.

Over the years however, and especially since United had their own harsh wake-up call, following questionable appointments after Sir Alex’s retirement, Liverpool have re-surfaced under the incredibly charismatic and skilled Jurgen Klopp, and currently boast the defence of the Champions League title.

In the midst of battle

The support for both the teams is mind-numbingly high as well as both Anfield and Old Trafford boast incredibly high attendance on matchdays, and usually have a very high travelling support too, even in continental ties. The Kop, as the Merseysiders are commonly known as one of the most impassioned sets of supporters in the history of the sport, as are the Red Devils, having named themselves after the nickname of the personnel they support. Tensions are always high when the two of these meet, and it gets fascinatingly feisty in every single clash.

And since we are talking about feisty, a few of the best encounters these clubs have had are also amongst the best in the sport.
An epic FA Cup semifinal in 1985 paved the way for a 2-2 demolition derby, with United going on to win the replay 2-1, while Liverpool had their moment in a 4-1 victory in 2009 when Steven Gerrard famously did his ‘camera kiss’ celebration. This scalp was especially special for the Reds because United were at their domineering best during the time of the win.

Yet another time, Dirk Kuyt provided the simplest of hattricks to give Anfield a roar in a 3-1 victory in 2011, and Dimitar Berbatov had his own gift-wrapped hattrick to the United support in a 3-2 win in 2010.

In conclusion, giving us some of the finest moments in football, the North West Derby is a shining tribute to competitiveness and fighting spirit. Let’s hope for more of the same when these two behemoths meet again this year.

ABHISHEK DASH \ THE DRAWING BOARD