The No. 8 shirt is one of the most iconic in world football. It embodies a midfielder who can do it all. A leader who makes big tackles and scores even bigger goals. When I think of those things all together, only one person pops into my head: Steven Gerrard.  My hero growing up, the former Liverpool skipper is the reason I follow the beautiful game. The top bin goals, the last-minute winners, the passion he played with and the loyalty he showed during some of Liverpool’s darkest times are just some of the reasons he will always be my favourite ever player and the club’s GOAT.

As a 23-year-old, my first memories of Liverpool Football Club is the unforgettable 2004/05 season. The first trophy I remember us winning was that Champions League. An average league season, with a European run that gives each and every Liverpool fan goosebumps to this day. It was during this season where I understood what a captain should be because Gerrard was the ultimate leader.

Let’s start with that Olympiacos game. The Reds needed to win by 2 clear goals. With minutes left, they were desperate for a goal, even if it struck someone on the back of the head and went in, we’d take it. I remember being sat upstairs in my mum’s room with it being already 3 hours past my bedtime. As a 7-year old, dreading having to face my friends and teachers who were all to eager to remind me of another failure, there was a lot on the line. And up steps the captain.

Stevie G thundered the ball on the half-volley from the edge of the box in front of the delirious Kop to put Liverpool into the Champions League proper. The goal was worthy of Andy Gray’s commentary and Gerrard, if he had not done already, wrote himself into Liverpool folklore.

The 2005 Champions League final goes down as arguably the greatest football game in history. Liverpool, being 3-0 down at half-time against a Milan side that boasted of the likes of Cafu, Maldini, Kaka, Crespo and an embarrassment of riches needed a miracle to turn the game around against one of the game’s most daunting ensembles. Luckily, they had something better than a miracle. They had Steven Gerrard.

He started the comeback with a fantastic header and the images of Captain Fantastic pumping his arms to the fans will forever go down in history.  But it was not just his goal that started the fightback and also, my adoration for him. Gerrard oozed excellence and how.

He played in numerous positions to the highest of quality when his team needed him most. He put his body on the line and played through the pain to make sure his side were the winners. His performance was unbelievable and lifting the trophy at the end of it was nothing less than deserved. And it’s after that performance that I started to adore Gerrard. I wanted to be him. I used to get his boots, style my hair like that and scream his name in the playgrounds. This was only the start of my love for him.

As the year turned over, the important goals kept coming. This time in the FA Cup final. Another 3-3 game, another Gerrard masterclass. Dubbed the ‘Gerrard final’, he scored two screamers before slotting it in the shoot-out to give the Merseyside outfit the win. The guy was starting to make a habit of scoring big goals. Final after final, big game after big game, he was Liverpool’s saviour.

As an 8-year-old, it was impossible to not love the guy. The raw emotion after that third goal in the FA Cup final. Running around the house screaming with joy that once again, Liverpool’s No.8 had come to the rescue.

Another thing that is impossible to talk about Steven Gerrard without reminiscing about his bangers. The one that stands out in my mind was the screamer against Middlesbrough at Anfield. The ball sits up for a perfect half-volley about 40 yards from goal. Gerrard accepts the invitation and the ball swerves into the top corner. For weeks and weeks, I practiced that on the playground, screaming Gerrard every time I did it. Whilst I never mastered it, it did not stop me trying everything possible to be like him.

Apart from the odd trophy here and there, Liverpool during Gerrard’s time were not really all that successful. After he finally left us for LA Galaxy, all the rumours that followed him throughout his career were finally confirmed. Chelsea, Real Madrid, Inter Milan and other elite clubs all had the chance to bag my idol’s signature. In hindsight, he could have left at any opportunity and more than likely have added much more silverware to what is already an incredible CV. But he chose not to.

Gerrard stayed loyal to Liverpool. He loved us as much as we loved him and that is the biggest reason why I love him. That is the biggest reason why we all love him. Stevie helped us through the darkest of times to try and win trophies at his boyhood club. And there wasn’t a second where you doubted his commitment to the cause. If there was anyone who left everything on the pitch for Liverpool Football Club, it’s our greatest ever captain.

You ask anyone why Steven Gerrard is their favourite player and they will tell you all the reasons above. He was Liverpool through and through. The only stain on his CV was that he never won the Premier League. All I can hope and pray for is that he can come back as a manager and do that at the club that loves him.

But for what he lacked in a couple of medals, he more than made up for by becoming a legend in a city and at a club he always dreamt of as a child. And he didn’t just create a legacy, he cemented it.

Steven Gerrard wasn’t just a footballer, he was an emotion. And no one can top what he did for me and the millions of Liverpool fans on the planet. 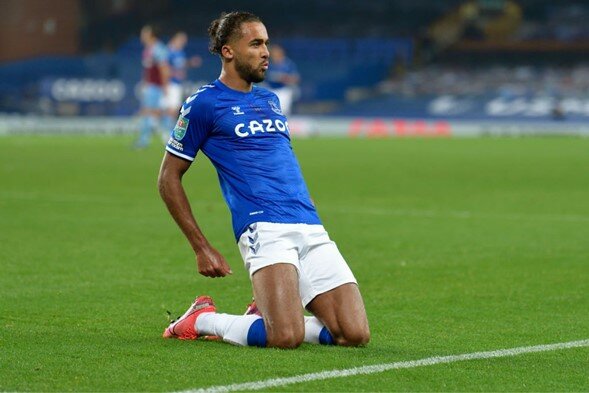 HERE’S WHY DOMINIC CALVERT-LEWIN IS THE REAL DEAL