ANALYSIS: WHY ROHIT-KL IS THE BEST OPENING DUO IN T20Is 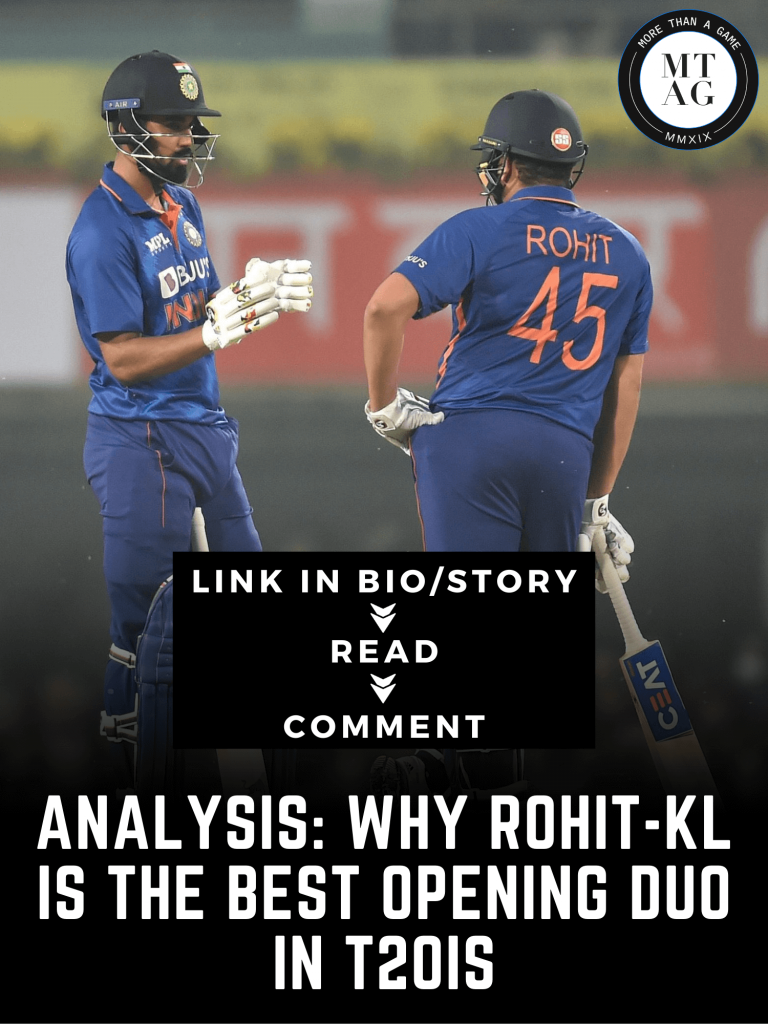 India’s new T20 captain in tandem with his right-hand man and vice-captain have formed arguably the standout partnership in the shortest format of the game. Rohit Sharma and KL Rahul are untouchable and the numbers make a strong case to back this statement.

Their century stand in the 2nd T20I was their 5th century partnership- equalling the enterprising Pakistani pair of Babar Azam and Mohammad Rizwan. But that isn’t all. The pair have also equalled the Irish pair of Kevin O’Brien and Paul Stirling for having the most 50+ run partnerships in T20Is. (13).

Yes, these numbers read as staggeringly and they are. And with a 50-run partnership in the first contest against New Zealand and a century stand in the second- Rohit and KL have joined forces to become the epitome of consistency in T20 cricket.

What has to be said is while equalling these records is incredible, what makes these milestones even more impressive is the consistency. The duo has batted together in 27 T20I innings and reached a 50+ partnership in 13 of those occasions.

A 50+ partnership every alternate innings is as ridiculously good as it sounds. 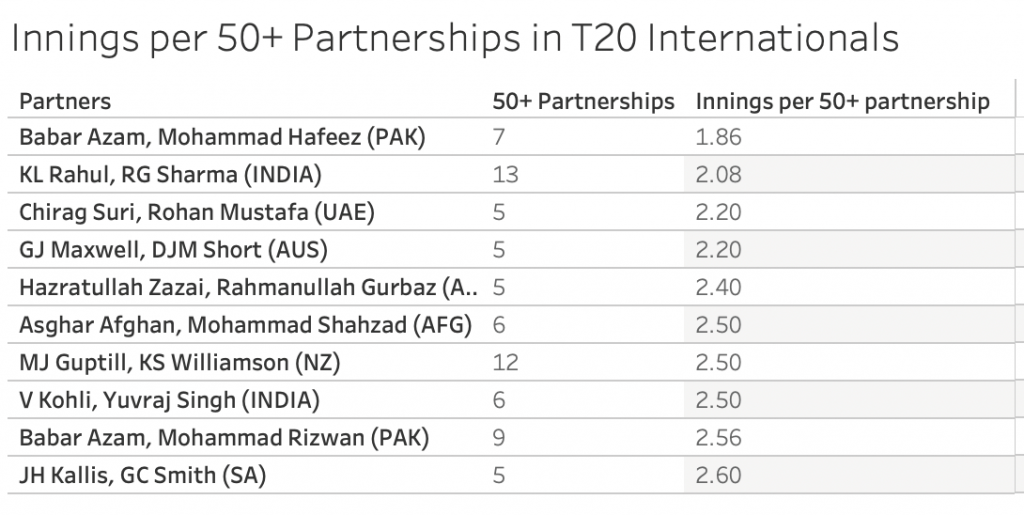 With under a year left for the next T20 World Cup in Australia, the Indian team will be looking to experiment with their batting positions, amongst other aspects. But the one thing that shouldn’t be fiddled with is this opening pair.

Sure, their consistency makes them one of the best T20I openers around, but what makes them even better together is how well they complement each other.

Rohit is not the most comfortable against spin, especially when he is opening the innings. On the other hand, Rahul can be brutal against spinners.

At the other end of the spectrum, Hitman has a better strike rate against pacers than KL.

This means that one of them is constantly on the onslaught which ensures the innings is never in a rut and in T20 cricket especially out of any other format, that’s worth it’s weight in gold. 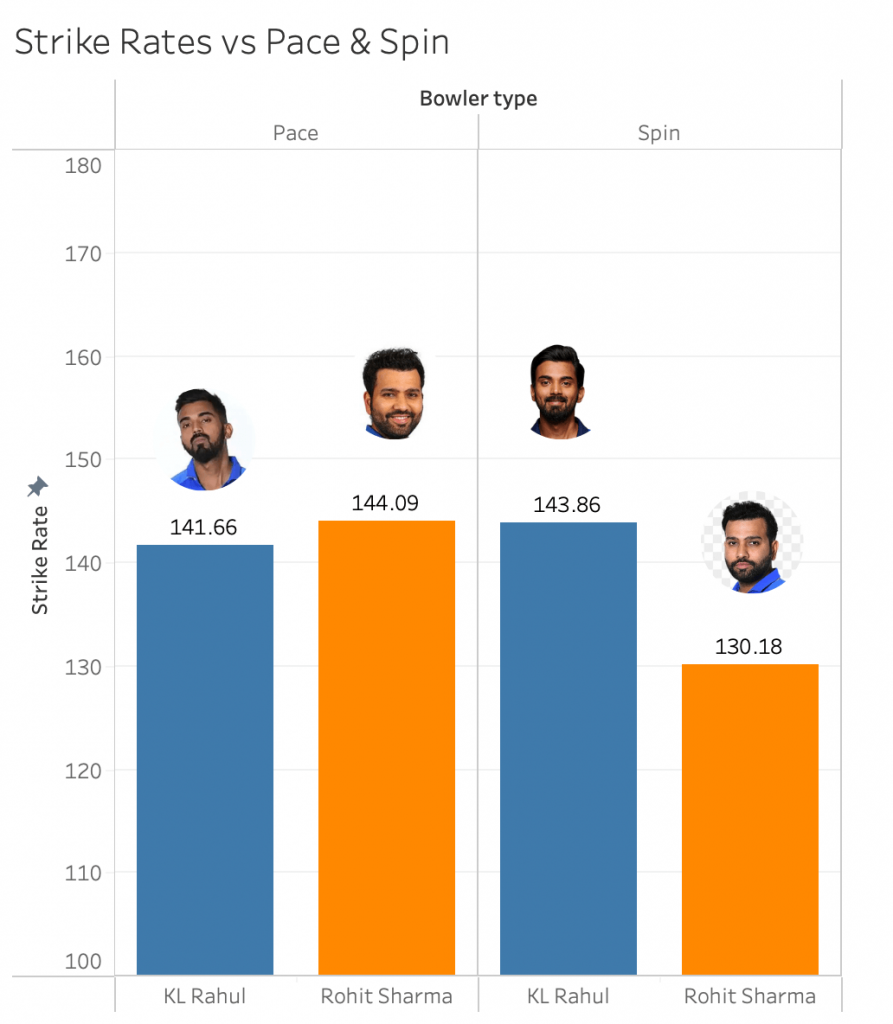 Out of every opening partnership in international cricket (minimum. 10 innings), the Indian pair has the 4th best scoring rate (9.47 per over) in the history of T20 Internationals as well as the third highest average (55.26).

Rohit and Rahul don’t just stop at scoring the big runs; they also do so at amongst the best scoring rates in T20I history. 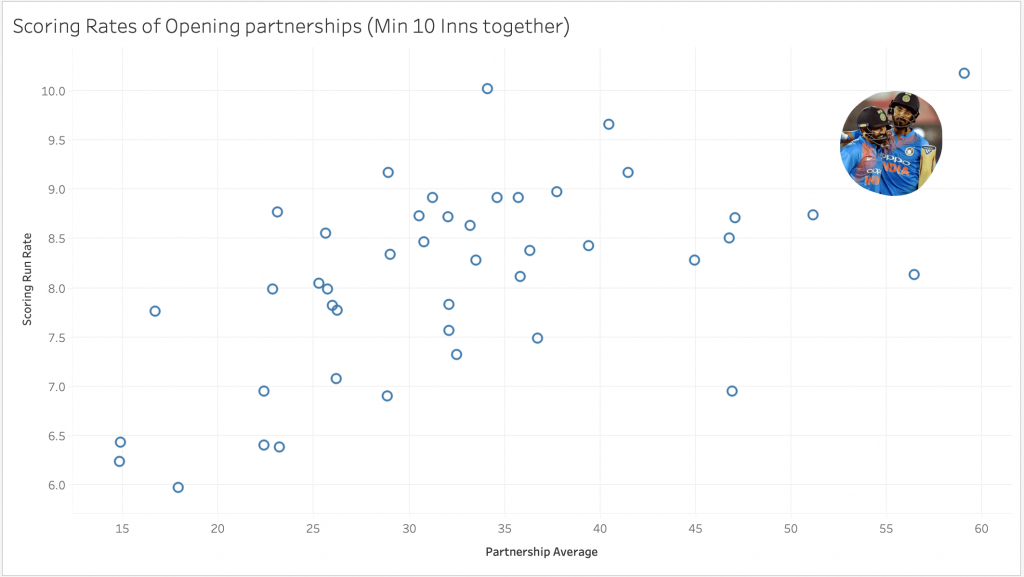 For context, their peers from across the border in Rizwan and Babar have a superior average (56.47) but an inferior scoring rate (8.13).

Of course,  means suggest that India shouldn’t be experimenting with other options over the upcoming year. With the likes of Ruturaj Gaikwad, Devdutt Padikkal, Ishan Kishan and others sitting on the sidelines, it would be silly not to blood in such an impeccable pool of young batting talent.

All things considered however, Rohit and KL have to be the ones heading out to bat together as the opening pair in Australia late next year.

Men lie, women lie, numbers don’t and everything suggests that India have the best opening duo in T20Is in the world. 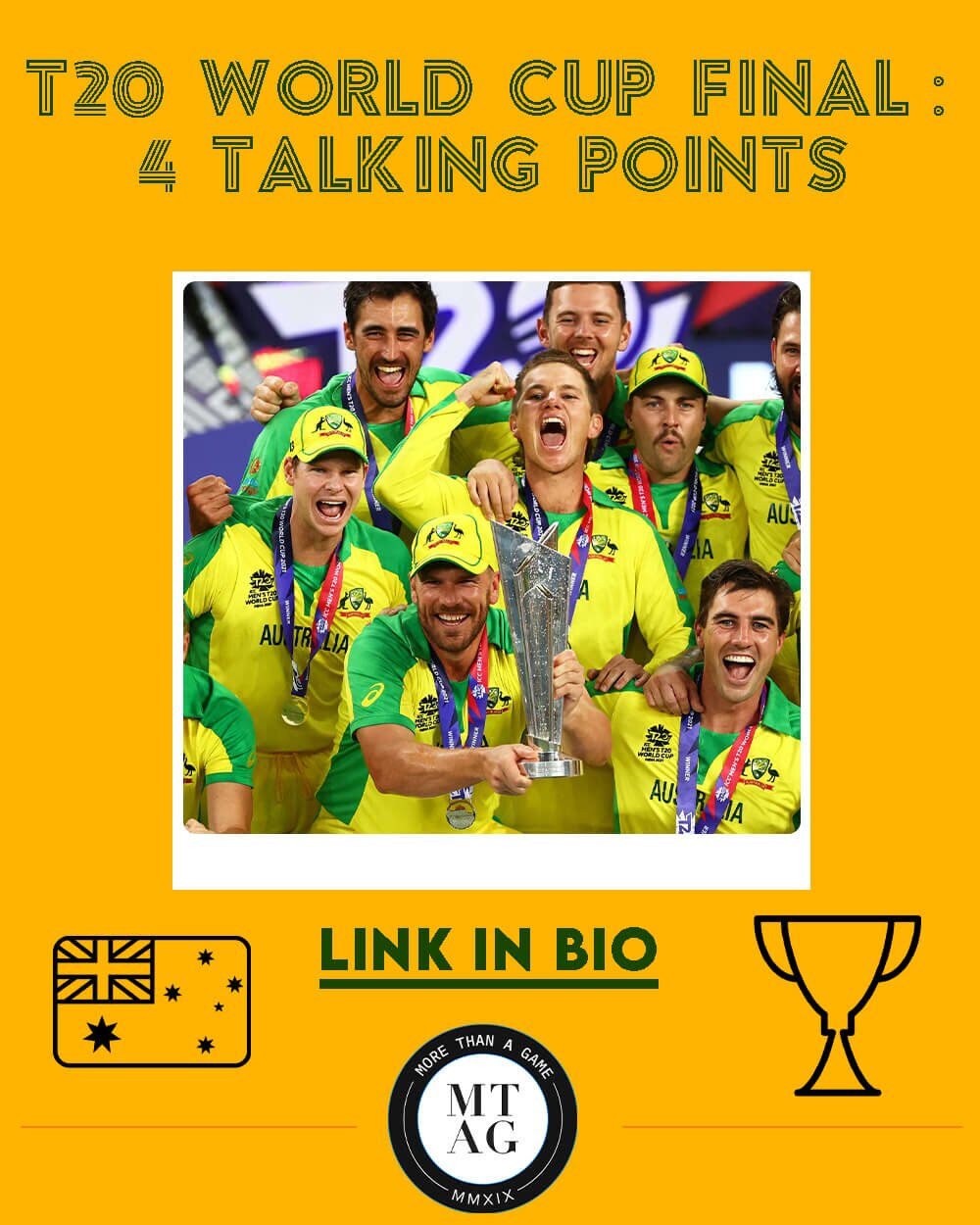 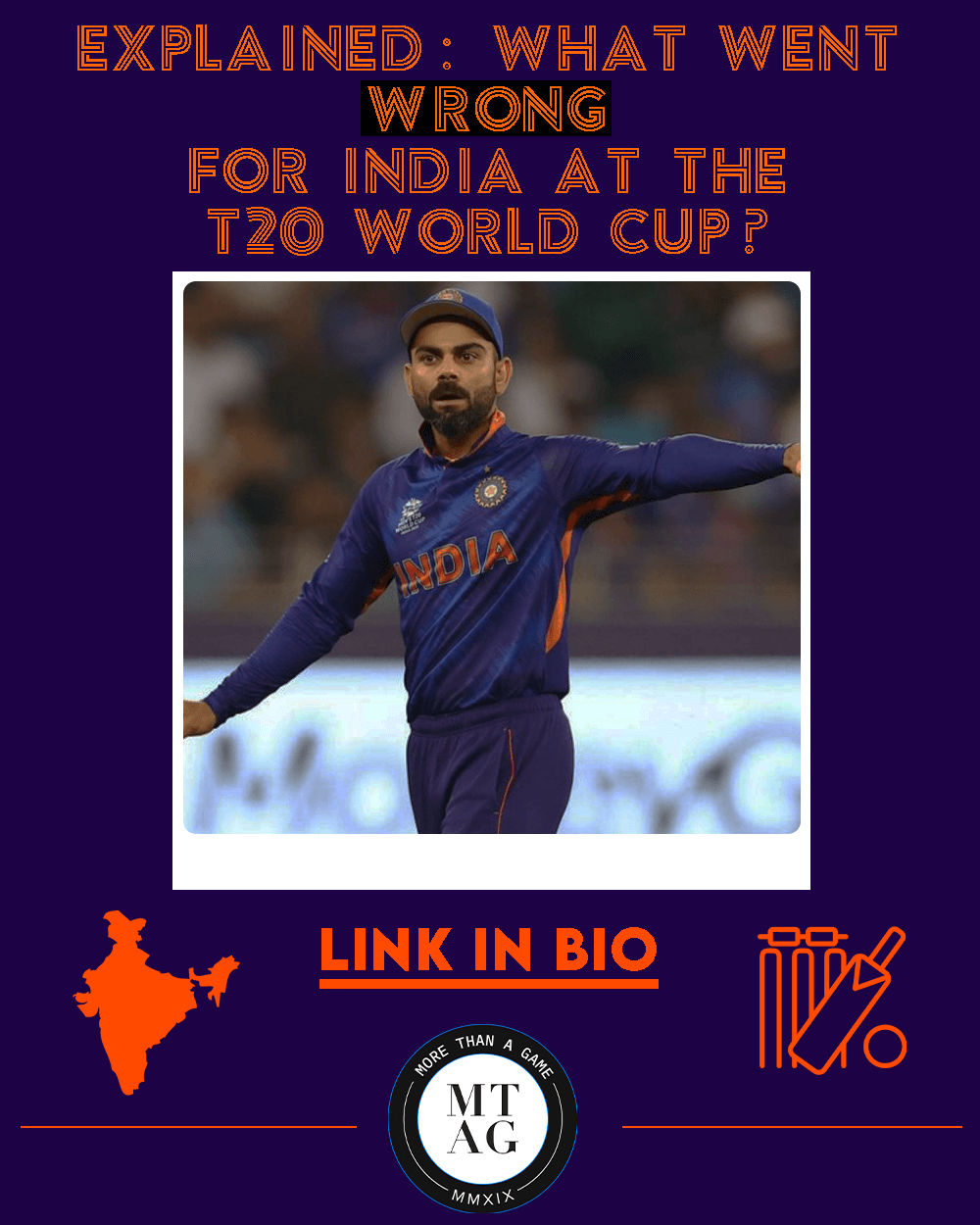 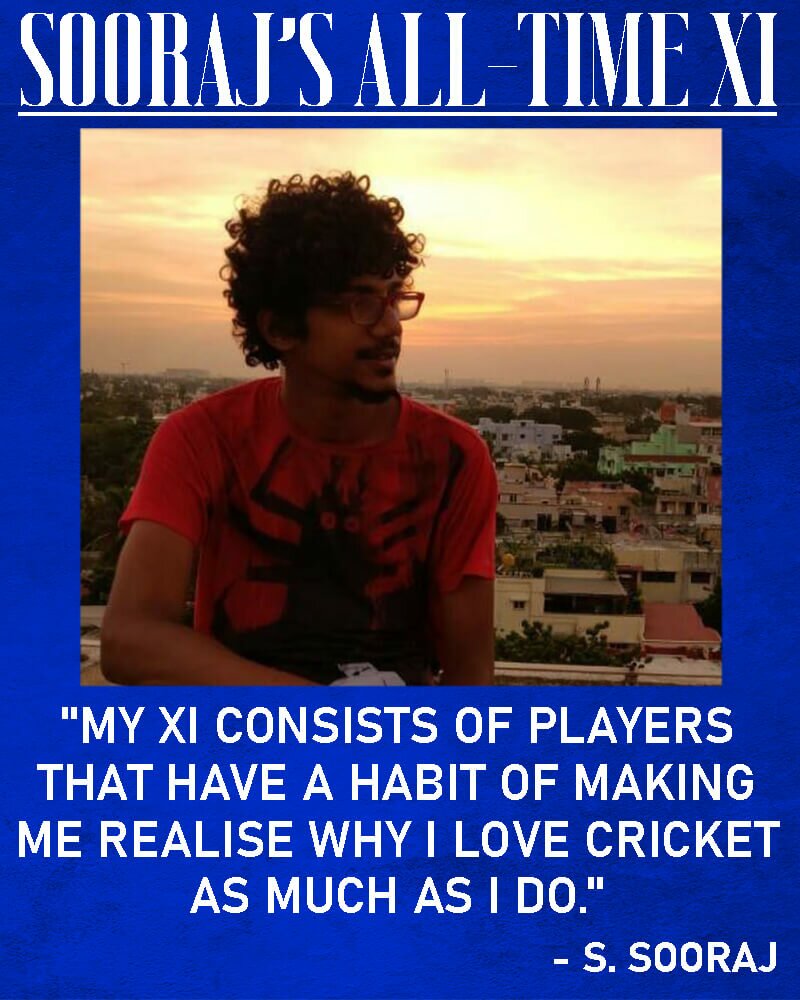