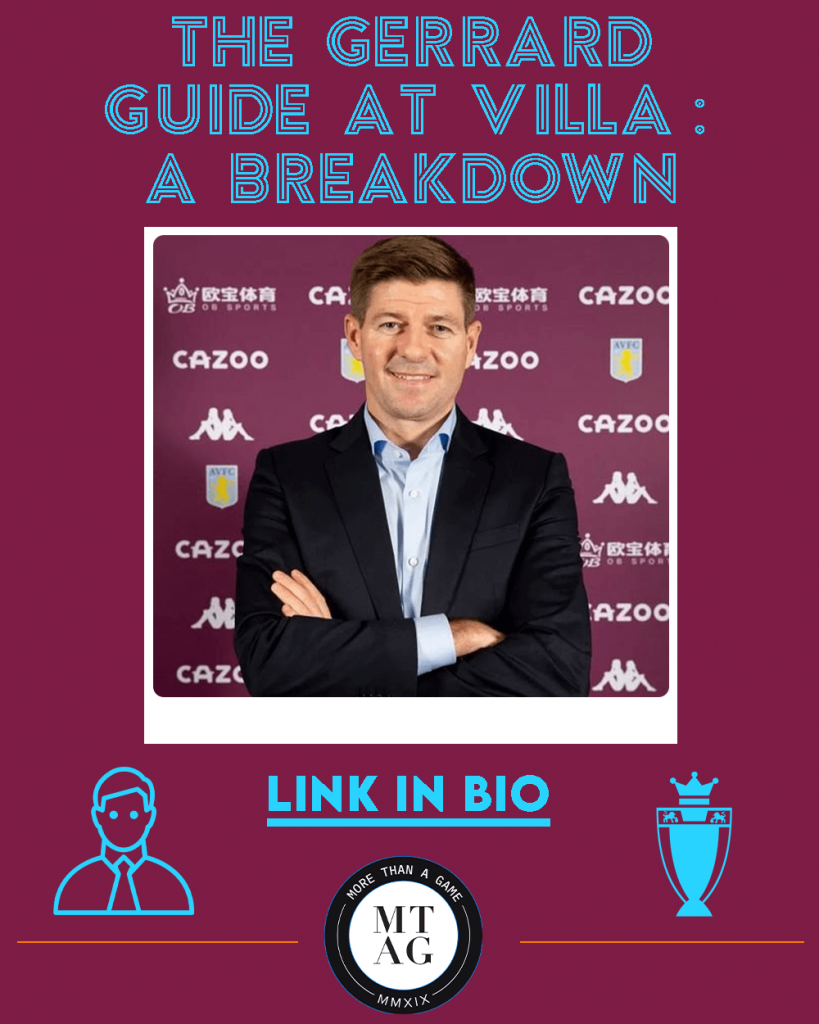 The Premier League is starting to look like a collector’s cabinet of top managers in world football and Steven Gerrard is its latest piece, sparkling on the top shelf.

As far as CVs go, Gerrard’s isn’t the longest but it sure is lucrative. After spending a year coaching the Liverpool U-18s, he took the helm at Rangers on 1 June, 2018. Three years later on 7 March 2021, the Scottish Premier League title was being lifted at the Ibrox Stadium.

Gaffer Gerrard had led his team to an invincible season, accumulating 102 points as he derailed the nine-year domestic domination of sworn rivals Celtic. The streets of Glasgow might never witness another season so stellar.

And the streets of Birmingham cannot wait for his arrival.

Aston Villa have secured the services of probably the most impelling young coach in world football. But before we look at the dizzying heights he can reach, let’s analyze the ground on which he stands. Starting with:

Stevie G sets his team up to boss games the same way he used to boss midfields. On the front foot, high pressure, high intensity, English football is about to add another manager to its roster whose style of play isn’t dictated by his side’s league position (See: 2020/21 Brighton).

Utilizing a 4-3-3 formation with bombing fullbacks, industrious midfielders and inside forwards, Gerrard has drawn many a leaf from Jurgen Klopp’s book if you take a peek at the cover itself.

Let’s examine a few chapters then, shall we? 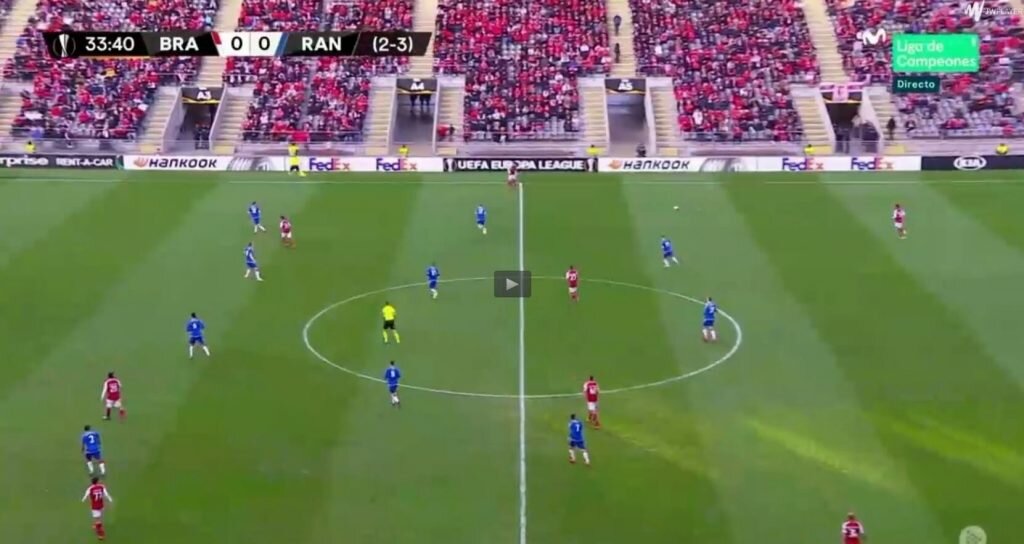 The build-up starts from the back with the centre-backs taking precedence, looking to either feed the midfielders directly or find full-backs who take up wide positions.

In case a high press is being applied and these options are nullified, a midfielder drops in, forming a 2-1 shape with the centre-backs guaranteeing numerical superiority in the build-up.

The Scouse legend loves utilizing inside forwards who stay within the half spaces, allowing the full-backs to stay high and wide while two midfielders laterally cover the spaces afforded by the advanced right-back and left-back. 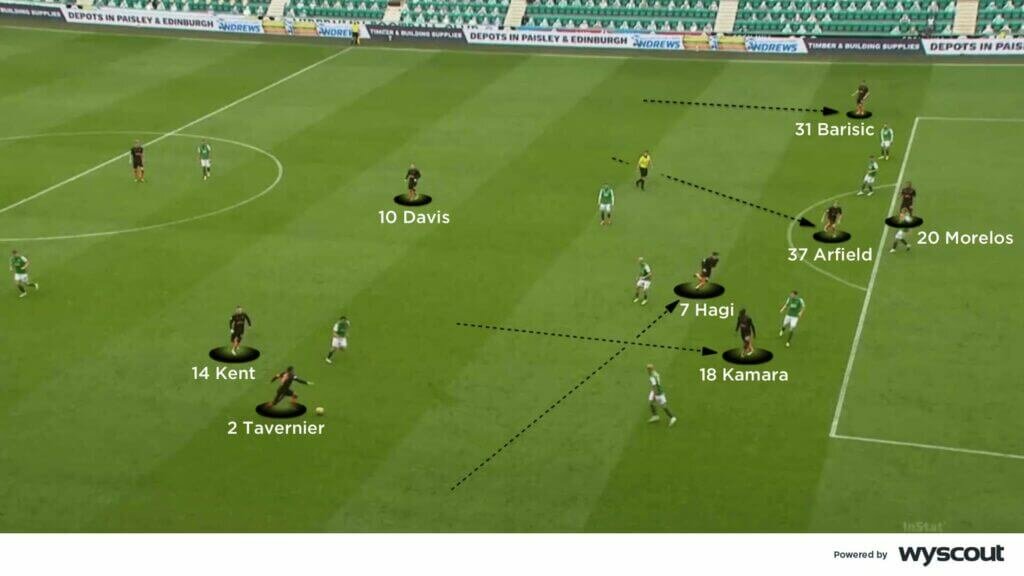 Again, this is especially similar in the case of Jordan Henderson covering Trent Alexander-Arnold’s vacated space when Liverpool’s No.66 forays forward.

This opens up many avenues for chance creation, depending on game state, possession and opposition structure.

The full-backs can either form triangles with midfielders and forwards or they can swing crosses into a packed box.

The midfielders are equipped to attack spaces within the lines [a la Wijnaldum] or the striker can drop deep to pull the strings while inside forwards attack the half space [a la Firmino]. 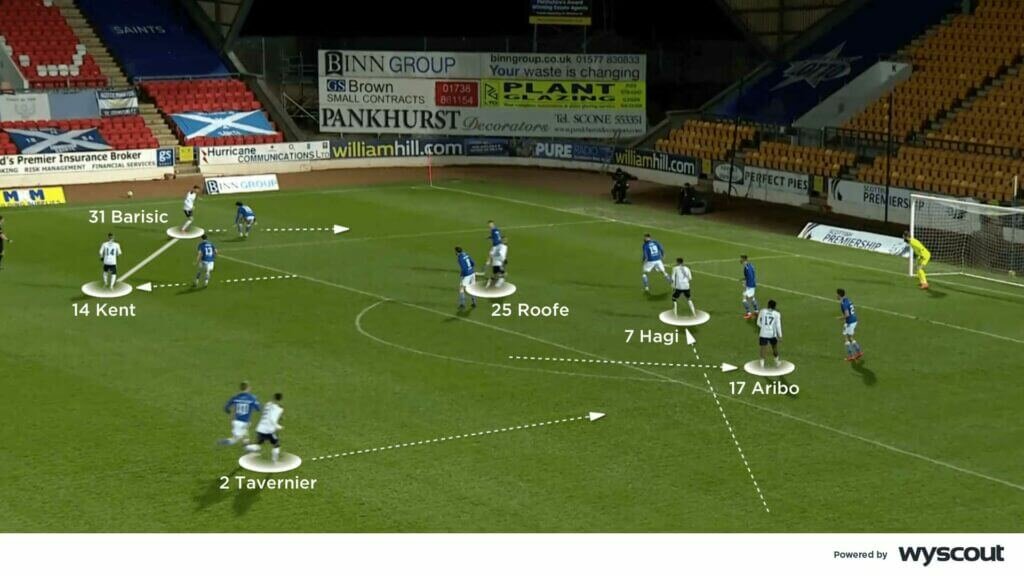 The Englishman’s tactical blueprint is inspired by his German counterpart in the defensive phase as well.

The first train of thought after losing the ball is to aggressively counter-press in a narrow 4-3-3, allowing the team to regain possession with their forwards still deep in opposition territory – classic gegenpressing.

The idea is to cut central passing lanes and forcing the opposition out wide. In such a scenario, either the midfielders scramble to defend the switch of play with the inside forwards dropping in to maintain compactness in the middle.

Or the full-backs hustle forward to pin the opposition by the byline, with the midfielders shuttling back to keep the defensive integrity intact.

In a nutshell, the opposition is forced to go wide and subsequently get pinned back due to the aggressive intent and athleticism on display as a result of Gerrard’s coaching.

In the case of Rangers, a common theme was that if the opposition bypasses this first wave of press and pins them back, they have shown to be extremely compact in a settled low-block as well.

The narrow 4-3-3 again forcing its foes out wide and limiting chance creation exclusively through the middle.

It wouldn’t be reductionist to call Rangers a “mini Liverpool” and to imagine that Aston Villa might adorn the same title eventually. But there are a fair few bumps in the road in Birmingham.

The good news is, Stevie’s got his eyes on the road.

But does he have the right tools at Villa?

The drawing board can only take us so far. The ball starts and stops with the players who have to make the coaching look as brilliant in practice as it sounds in theory.

To understand the hand that Gerrard has been dealt, let’s use the most recent Aston Villa starting 11 as our base.

This is your Aston Villa team to face Southampton tonight. 🙌 #SOUAVL pic.twitter.com/swcePz4xfY

Note: Danny Ings, Douglas Luiz, Bertrand Traore and Ezri Konsa were out through injuries and suspensions but they will still be in consideration as a part of our analysis.

Starting with a part of the squad that certainly is favorable – the forwards. Gerrard is spoilt for choice when choosing his front three with personnel matching the profiles that suit his system to a tee.

Danny Ings offers himself as not just an upgrade, but a perfect replacement in profiles for the prolific Alfredo Morelos, perhaps even an upgrade.

Leon Bailey slots in where Hagi would and an all-rounder in Ollie Watkins might often find himself in the left half-space.

Gerrard acting on his age-old habit of starting an additional striker on the left-wing for an added goal threat in the box [a la Roofe at Rangers] is a theme we expected to see at Villa Park.

And there’s other front 3 options that aren’t too shabby to say the very least in Buendia, El Ghazi and Traore at his disposal if need be.

Emi Buendia might find himself deeper as the No.10 in a 4-2-3-1 and while the critics have come out with sweeping statements about the Argentine’s slow start in the Midlands, the reactionary takes can be made to look very silly in no time.

Attacking pockets of spaces coupled with his eye for a pass and being a pressing machine, his inventory of strengths make him the perfect No.10 that perhaps Liverpool were calling out for last season, ironically.

In a fast-paced pressing-oriented system, there aren’t better fits than Buendia.

With McGinn, Nakamba and Luiz, Gerrard has his defensive base to replicate that of Kamara and Davis.

Utilizing his cautious 4-2-3-1 might become the norm for Gerrard with Buendia being the sole attacking aggressor from midfield when they face steep opposition.

The No.6 position isn’t perfect, especially considering how excellent Kamara was as a sitting midfielder but McGinn, Buendia and Luiz is a trio that brings workmanlike qualities in abundance with the obvious panache on show.

The back four isn’t quite so malleable, on the other hand.

The full-backs are the lifeblood of Gerrard’s system, but going from Tavernier and Barisic to Cash and Targett might leave Stevie feeling a bit distraught.

To be fair, Cash and Targett fit the high-intensity profile that Gerrard would require, but it is up for debate whether they bring the same irresistible attacking threat.

Rangers saw its full-backs overlap, cutting inside, engage in one-on-ones, press high and seconds later, shuttling back all while being major creative outlets for their side.

This is a long list of boxes to tick and discrepancies in quality by even a few per cent can lead to a noticeable downsizing on what you’re seeing on the pitch.

It’s unfair to expect, say Matty Cash to outdo James Taverier’s 12 goals and 9 assists last campaign. Of course, it is but if the Polish international can replicate Gerrard’s right-hand man at what he does best, happy days.

The centre halves are perhaps the side’s most standout issue and Gerrard may not be the biggest fan.

Tyrone Mings and Axel Tuanzebe are serviceable at best, with both of them having an error or two in them at the very least.

Ezri Konsa has the quality to step up to the mantle and Kortney Hause is gradually making his way into the side which makes it a challenge to put out the final judgement.

So, all in all, Gerrard has an exciting attack but a risky defence at his disposal, right?

Well, not just the defence…

Why this is risky business

The 800-odd kilometers between Glasgow and Birmingham brings forth a world of change. Rangers have been the second-best team in the Scottish League for a while, with budgets and technical quality superior to that of majority of the Scottish Premiership.

Aston Villa were in the Championship up until 2019. The status-quo has completely shifted for Steven Gerrard.

The bigger issue here is that Rangers’ technical superiority ensured that Gerrard’s system did not necessarily have to be inch-perfect in every game because there’s no hiding the fact that there isn’t a single world-class side in the Scottish top-flight.

Passiveness to press the opposition full-backs could be forgiven back in Scotland but it would be punished in the Premier League.

The likes of City, Chelsea and Liverpool have the minerals to be able to play around Villa’s press and pin them back into their low-block, which won’t be able to keep out every Premier League side.

Top teams aside, even names such as Brentford and Brighton can make Stevie G’s men have a rough day at the office.

There isn’t a better league on the planet, in every footballing aspect and you can’t really escape the wrath of the Premier League; you can overcome it. 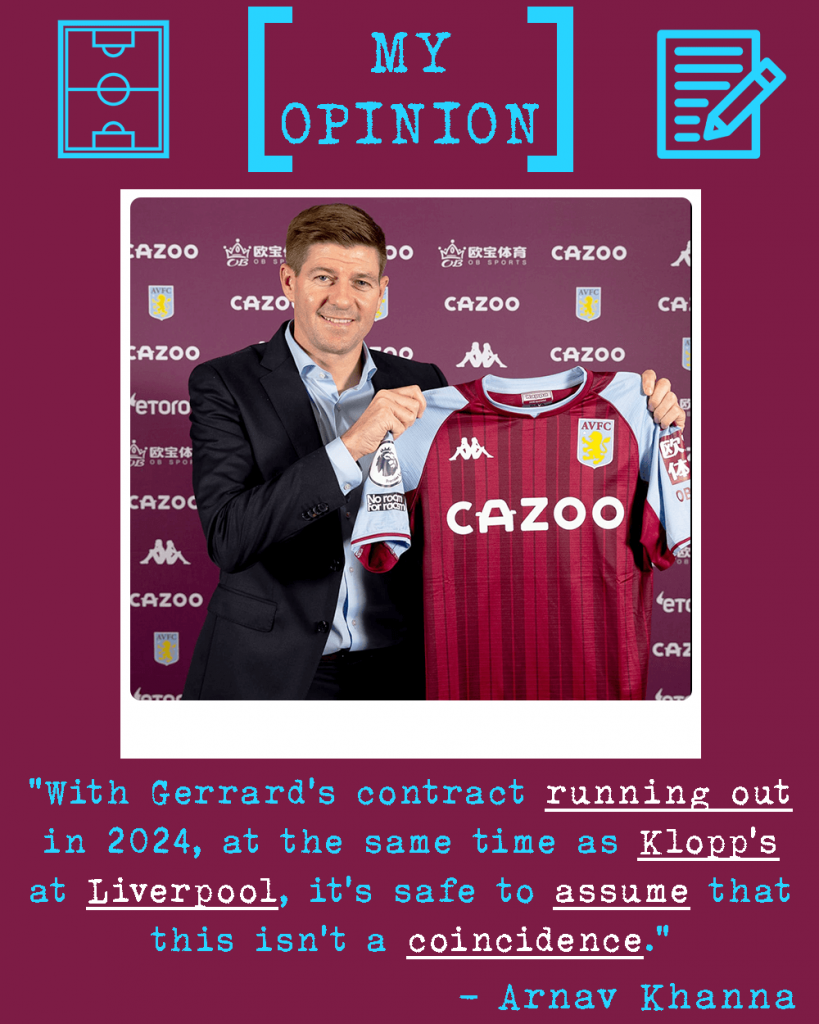 Villa’s ambitious owners could dip their feet into the transfer market to alleviate a few issues but hiring Gerrard comes with caveats for them as well. With his contract running out in 2024, at the same time as Klopp’s at Liverpool, it’s safe to assume that this isn’t a coincidence.

For Gerrard himself, if he fails to make an impression within the two-and-a-half years afforded to him, he might just work himself out of a job at the club where they sang his name louder than anyone’s

And with the amount of money spent on this Villa squad, the owners would consider anything less than European football a disappointment.

Thanks to the Conference League, even 7th place would have your team venturing out mid-week, but with the quality of team on display in England, even coming 7th would be a mammoth task for Gerrard.

It goes without saying that the stakes are high.

So, where do we stand? The leap to the Premier League is always a huge one. It’s dog-eat-dog, both on the pitch and off it. But Gerrard has lived and conquered these turfs as a player and from what the glimpse we’ve seen of him on the sidelines, he certainly can as a manager as well.

And with a super-progressive philosophy, success on his CV and undeniable quality at his disposal in terms of personnel, Steven Gerrard and Aston Villa’s affiliation as a partnership promises a limitless ceiling.

Yes, there are a few creases he needs to iron out. But with former Liverpool U-23 coach Michael Beale on his side, he has the required assistance to figure out the tactical side of the game. The motivational side, his presence handles alone.

And he would have the required backing as well. Owners can make or break a club and ever since the takeover in 2016, Aston Villa has been on the ascendancy.

Overall, this is a very exciting addition, not just for Villa, but for the Premier League.

This project can go either way, but if you had to bet on having a blinder, there’s not a safer bet than Stevie G. 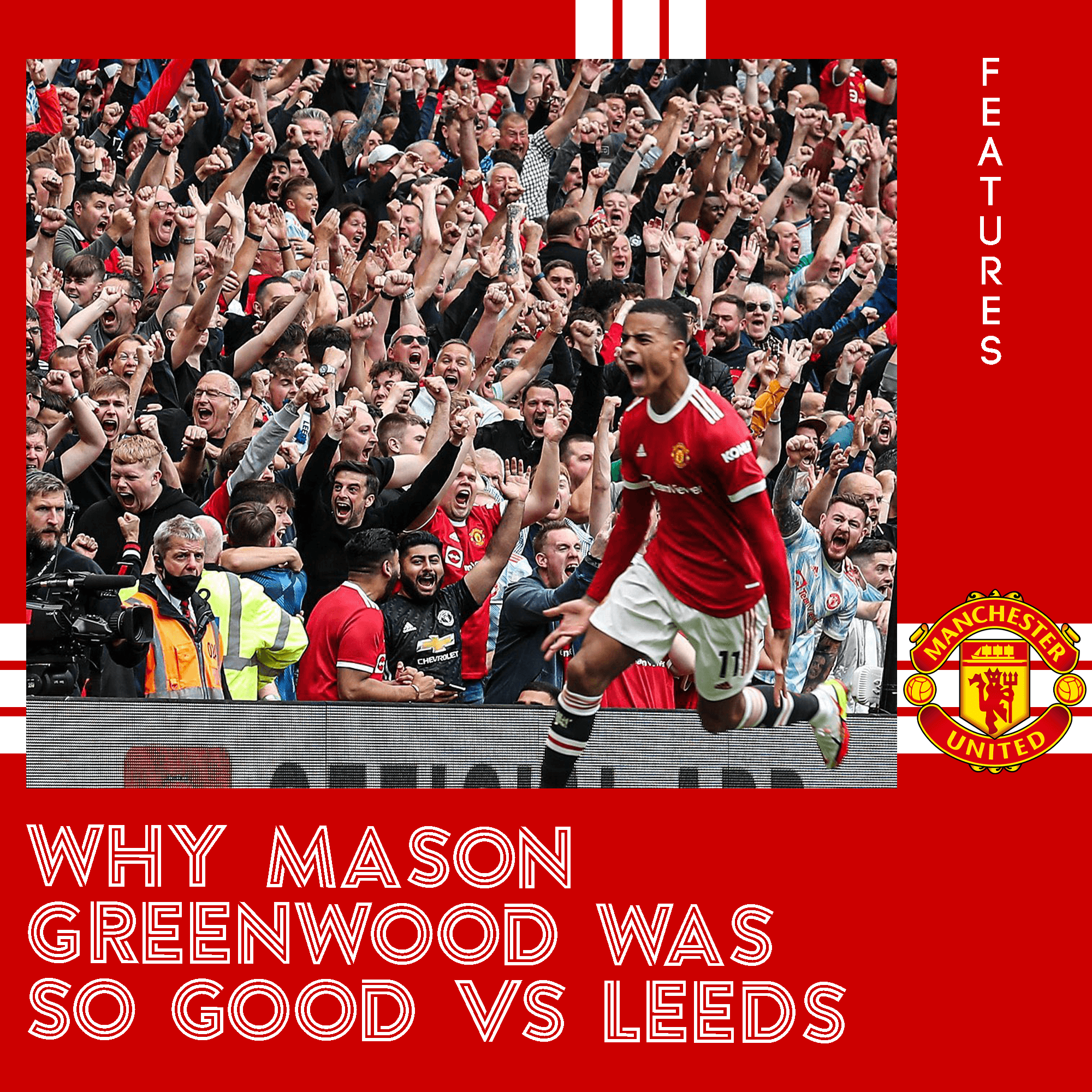 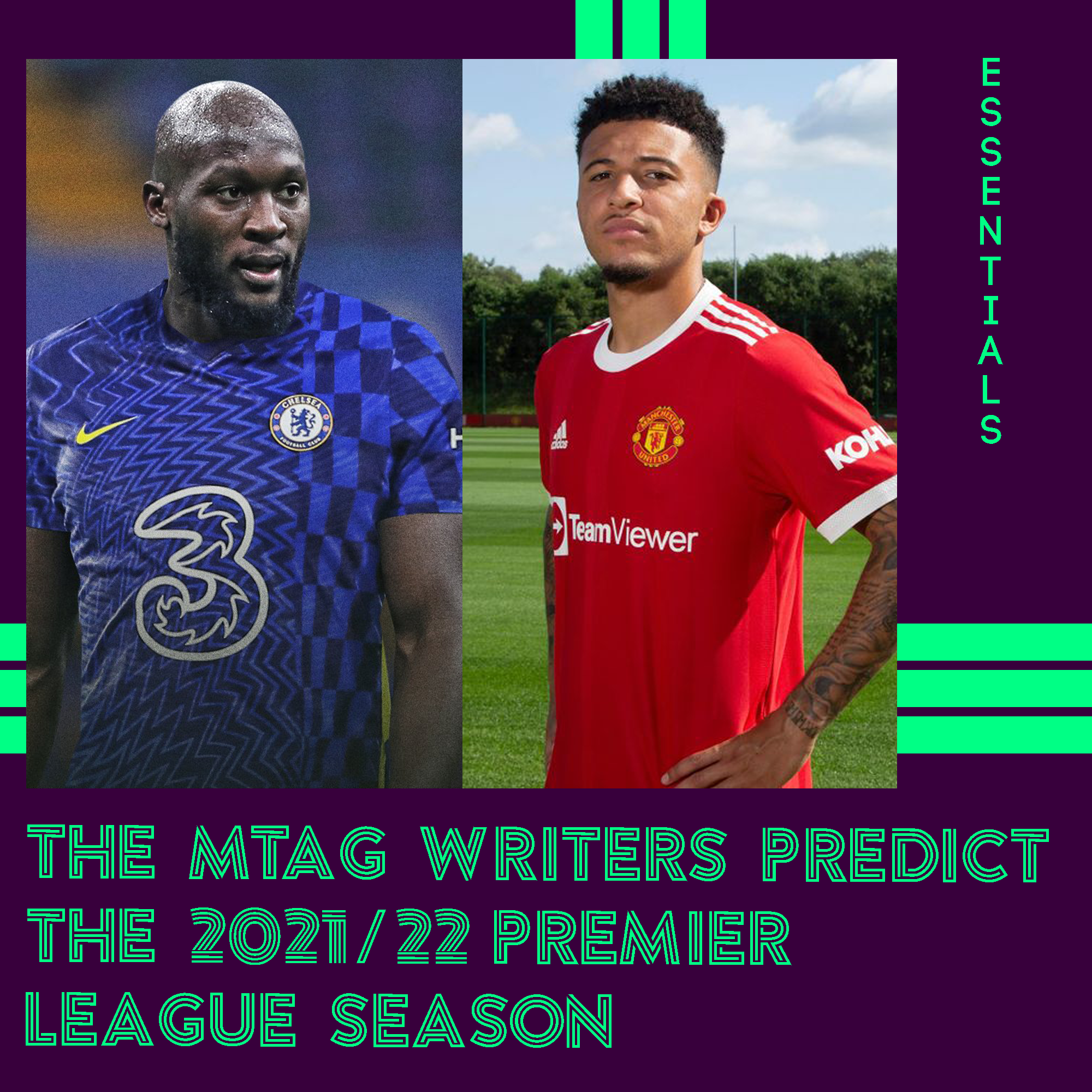 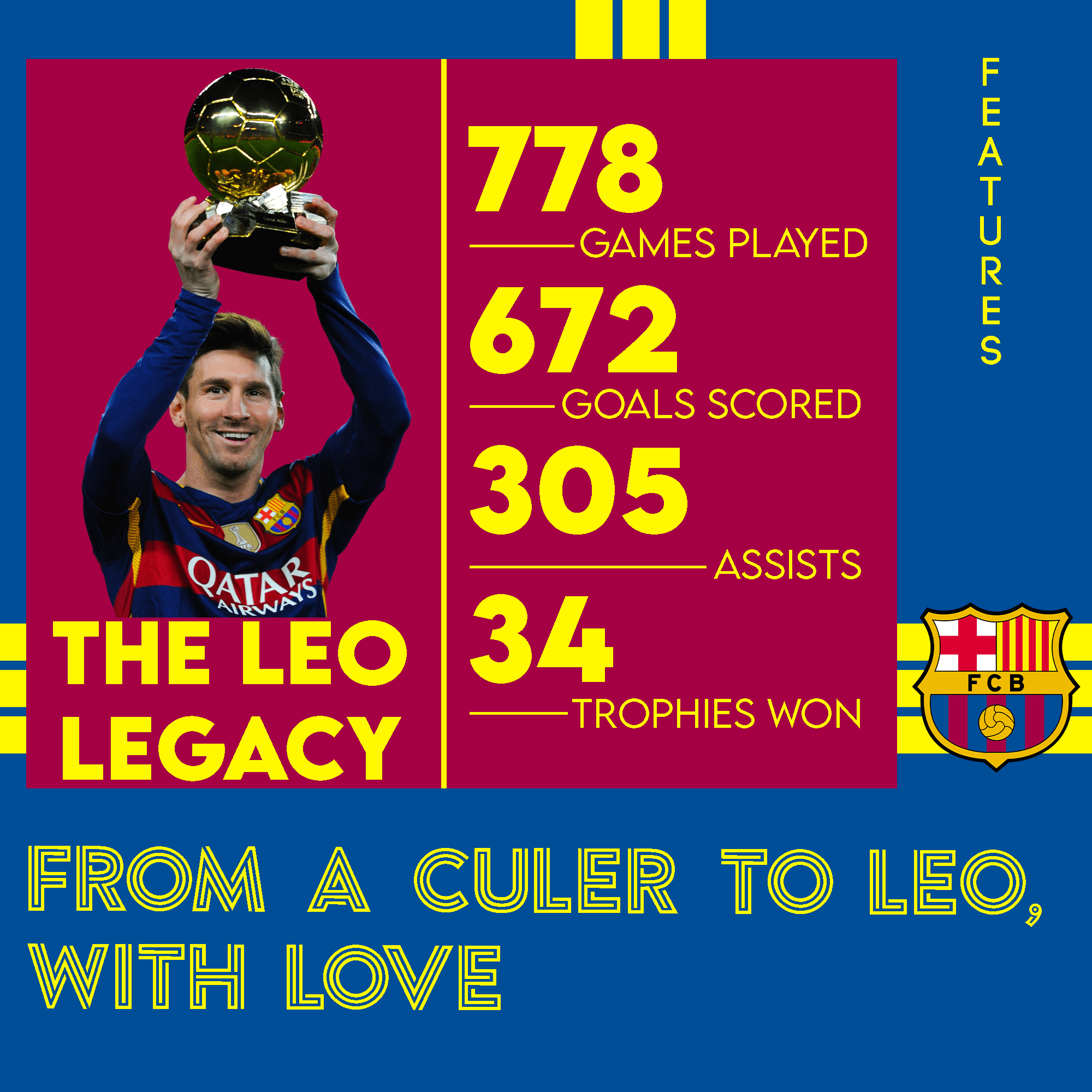