THE JOE ROOT RETURN: MAKING A CASE FOR A T20 COMEBACK 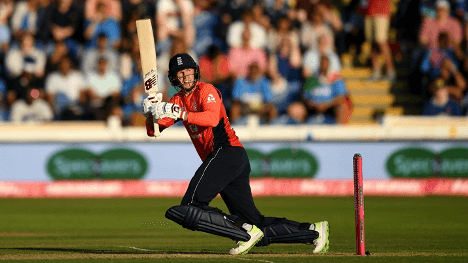 Twenty20 cricket continues to divide opinion. There are those who can’t seem to get enough of it, with the ball disappearing to all corners of the ground and music blaring out from the same corners. Then there is the argument from traditionalists that it is simply a slog-fest, which cannot match the ultimate challenge the sport has to offer- Test match cricket. Nevertheless, what cannot be disputed is that it has certainly attracted new fans to the game since its inception in 2003 and it is not going away anytime soon. England will be aiming to master another format as they seek to build on their 50-over World Cup triumph of last year. With back-to-back T20I World Cups scheduled to be played in 2020 and 2021, Eoin Morgan’s side have the opportunity to add more silverware to their collection.

With less than six months to go until England are set to head out to Australia in search of their first T20I world title, the squad is starting to take shape. England’s last T20 series came back in February when the team claimed a 2-1 series win against South Africa. A confidence-boosting victory, but there was one notable absentee from proceedings: Test captain, Joe Root.

Indeed, Root has not appeared in the shortest format on the international stage since May 2019. Are his days in the Twenty20 side over, or can he force his way back into the squad? To answer this question and more, here is why England ought to recall the underappreciated 29-year-old batsman.

In the chaotic world of T20 cricket, it seems almost inconceivable that consistency could really be achievable. For most, it seems as if they play a blinder one game, fall for a duck the next. That’s just the way it goes. No time to dwell, move on quickly and hope that it’s their turn to shine again next time out.

However, Joe Root is not most players. His T20 batting average across 30 innings for England currently stands at 35.72. To put that figure into context, Eoin Morgan averages 30.98, whilst Jos Buttler’s number is even lower at 26.68.

Some may argue that Morgan and Buttler play different roles in the side to Root. The pair have often come in later in the innings, looking to up the tempo in the final overs. A fair point, and they have regularly succeeded in delivering in the closing stages of games. Yet in order to do that, they have needed the platform to be set so that they could flourish late on. The provider of that platform more often than not has been one man: Root.

A different puzzle to solve

Brute force has become a central feature in the format with the likes of juggernauts such as Chris Gayle, Brendon McCullum and Jason Roy taking power-hitting to another level over the past decade.

When looking at England’s batting line-up, it is full of heavy hitters. Roy, Morgan and Buttler have no trouble clearing the boundary rope, and when you add Ben Stokes and Jonny Bairstow into the mix, the top order is second to none.

Yet Root can offer something a little different that sets him apart from the rest. The Yorkshireman is never going to be a player who muscles the ball over the rope time and time again, but his ability to find gaps in the field is an attribute that should not be underestimated. Having hit 108 boundaries in his 30 innings, Root has shown that timing and placement can be just as successful as power-hitting, and his career strike-rate of 126.30 illustrates that he is perfectly capable of keeping the scoreboard ticking along.

Especially when the formidable top order isn’t at its ferocious best, there aren’t many better batsmen to stabilize a sinking ship than Root.

The man for all seasons

England made the final of the last ICC Twenty20 World Cup in 2016 in India. They came desperately close to winning the competition before some final over heroics from Carlos Brathwaite handed the trophy to the West Indies.

There were a number of impressive performances throughout the tournament, but no English player outshone Root. He scored 249 runs across six innings, with his total only bettered by Bangladesh’s Tamim Iqbal and India’s Virat Kohli.

Root was consistently outstanding, yet two batting displays stood out in particular. The first came in the second group game. England had lost their opening match against the West Indies, and another defeat to South Africa would almost certainly signal an early exit from the competition. Chasing 230 for victory, Root hit 83 off 44 balls, showing his full array of strokes to guide England to their target, keeping their qualification hopes alive.

For anyone who doubts Root in T20 cricket, you know which clip to roll from 2016

It was then time for the showpiece event. Things did not start well for England as they were reduced to 8-2 within two overs. Root needed to step up to set a reasonable total. Unsurprisingly, he did. He held much of the innings together, registering 54 from 36 balls to get the side up to 155-9.

Root then went on to make a dream start with the ball, dismissing both opposition openers in his first over. Ultimately, England fell just short, but Root could not have done any more.

One of England’s biggest assets in white-ball cricket in recent years has been their strength in depth. As they look to piece together their top six, Root is far from the only player in the running. His main three rivals for a spot in the side look to be Joe Denly, Dawid Malan and Tom Banton.

Denly appears to have been the favored option in recent games but has hardly cemented his place. The Kent batsman has hit just 96 runs in his 11 innings to date at a strike-rate of less than 100. His figures up against Root’s hardly make pleasant reading for the 34-year-old.

Meanwhile, Malan’s numbers are far more appealing. With an average of over 50, and a strike-rate above 150, he seems to be Root’s main threat for a starting berth. Malan hit his maiden T20I hundred against New Zealand in 2019, but it is also important to point out that he has only played ten times in this form of the game for England. He looks to be a certainty to make the squad, but whether he has consistently proven that he is a better option than Root remains debatable.

Finally, there is Banton. The Somerset youngster is one of the brightest talents in English cricket and has already been compared to a former great in Kevin Pietersen. However, he has only played three matches for the Twenty20 side so far, and his highest score stands at 34. Whilst he undoubtedly has a big future ahead of him, he surely has more to do in order to usurp Root in the pecking order.

Perhaps Root has become a victim of the razzmatazz of twenty20 cricket. The diminutive batsman’s zen-like demeanor and unmistakable composure can be misunderstood for someone who doesn’t always belong in a format that champions those that exemplify the box office spirit of T20 cricket, but if there’s a man with a plan, it’s probably Joe Root. When Roy and Buttler are effortlessly hitting sixes, those around them can go under the radar. Yet if you watch closely, you will see that Root is a genius in his own right.

Quickly-run twos do not make the headlines. Neither do minimizing the number of dot balls in an innings. They are crucial elements of a match, however. Root is a player where you can take your eye off the scoreboard for five minutes, look back up and see that he has somehow got 20 runs off 15 balls without playing a shot in anger. That is a skill in itself. He simply does not waste deliveries.

England look to be in a strong position to challenge for the trophy in Australia. There are match-winners throughout the squad. Make no mistake, Root falls into that category as well. Let’s hope the selectors realise that before it is too late. 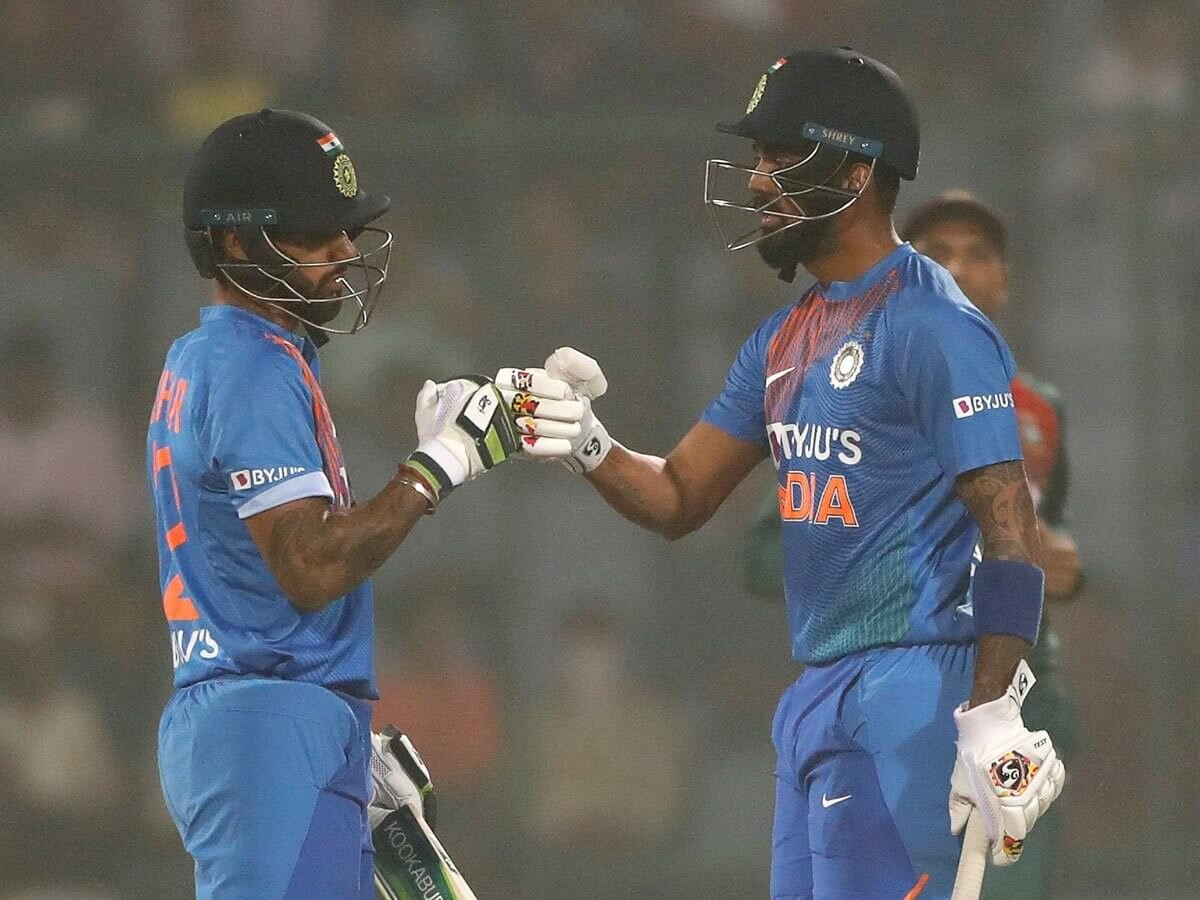 INDIA'S OPENING CONUNDRUM: WHO TAKES THE CREASE AT THE TOP DOWN UNDER

ATUL KUMAR MAURYA \ THE DRAWING BOARD