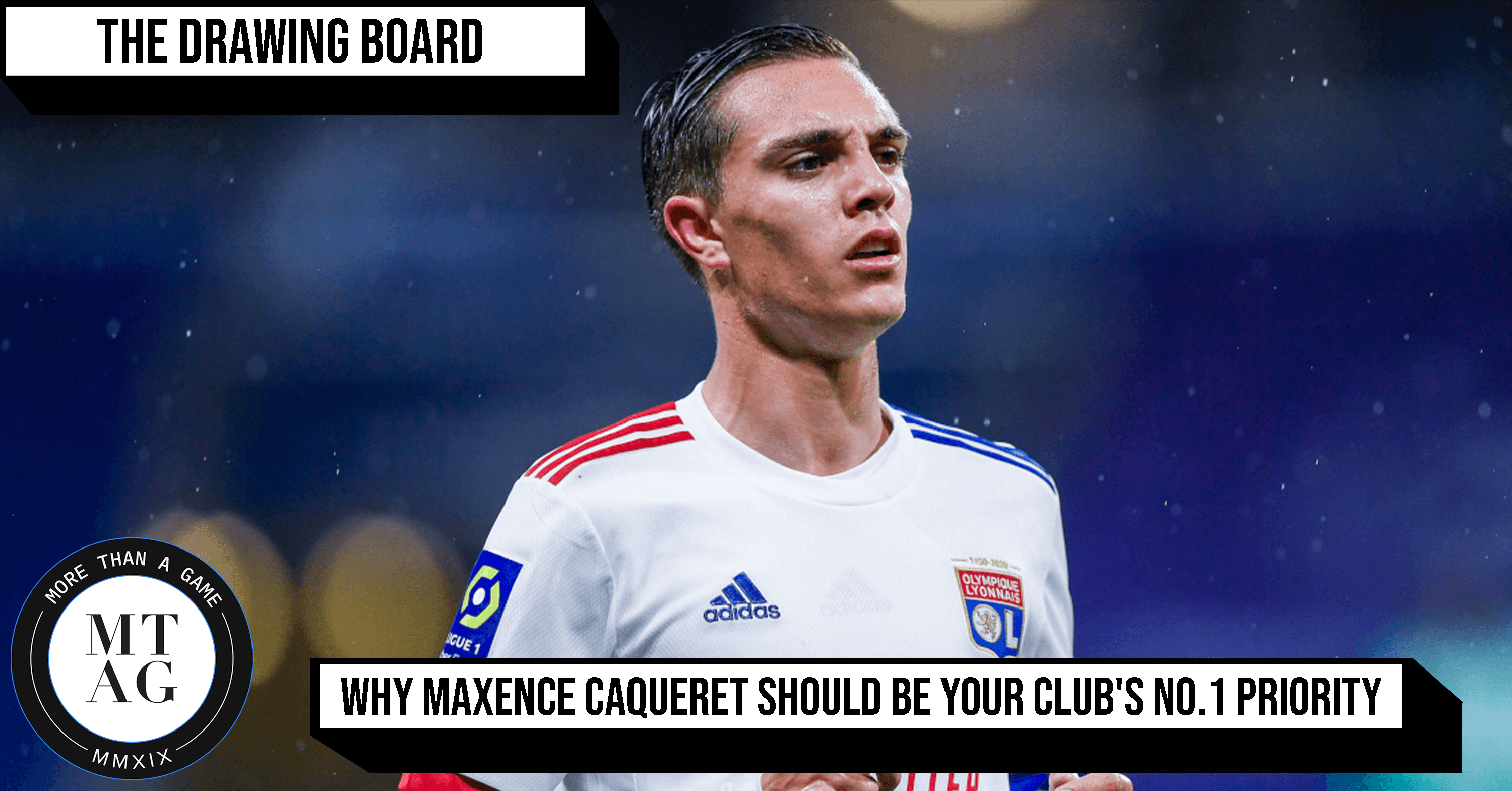 There are a few clubs around Europe who are renowned for their excellent work in the transfer market in terms of both developing players and balancing the books like Olympique Lyonnais. They have been extremely successful in navigating and unearthing a number of talented players for a smaller fee and selling them for huge profits. Lyon in particular, have been able to churn and develop star players, consistently selling them to European clubs for very high valuations. A certain Karim Benzema is a prime example of this.

The French giants’ youth academy is one of the most prolific talent-production lines in world football. A study released by the CIES Football Observatory has found that Lyon have produced the 2nd highest number of players currently playing in one of Europe’s top five leagues, behind only Real Madrid. It is a fitting achievement for a club whose nickname, Les Gones is a local expression which translates to, ‘the kids’.

They have launched the careers of a galaxy of talent that includes the likes of Anthony Martial, Alexandre Lacazette, Samuel Umtiti, the aforementioned Benzema, Hatem Ben Arfa, Clement Grenier, Corentin Tolisso, Houssem Aouar and former captain Nabil Fekir. Evidently, the list goes on.

Among all these talents lies a diamond in the rough, one that can be polished to become possibly among the great game changers of the next decade. This is Maxence Caqueret.

Why the rave reviews are nothing short of deserved

Born in Venissieux in the southern outskirts of Lyon in February 2000, a year before OL got their record setting run of Ligue 1 titles, Caqueret joined the fabled youth academy at the age of 11. Maxence was always a midfielder and idolized Barcelona and Spain legend Andres Iniesta. Clearly, the kid learned fast and to add to this, what aided his development as a young player is playing futsal, something that makes his ceiling not only higher than his competition but varied.

After all, futsal originated in Uruguay and isn’t particularly prevalent in the French footballing upbringing. Regardless, it is heavily reliant on technique and the ability to operate in tight spaces made Caqueret a creative phenomenon growing up.

A diminutive midfielder standing at 5’7” and weighing just 63 kg, Caqueret may not be the most physically intimidating player but what he lacks in power, he more than makes up with his anticipation and decision making. Iniesta may have been his idol growing up, but now that he operates as a 6, Caqueret’s style of play is much more reminiscent to that of Marco Verratti – a unique phenom in his own position.

The first thing that jumps out to someone while watching the French metronome is his amazing balance. It cannot be stressed enough how rare a skill this is among players in his age group. On or off the ball, his body is positioned in sync every time he goes into a tackle, interception or just the way he moves with the ball at his feet. Caqueret rarely breaks a sweat whilst carrying the ball with the balletic grace he has seemed to been blessed with.

Given his height and low center of gravity enables this sort of balance, the Lyon midfielder is also very agile, running vertically or horizontally. This is a tremendous asset for young Maxence as he is able to bustle his way through to reach the ball quicker than anyone else. He anticipates opposition moves remarkably well, allowing him to cut out passing lanes and passes regularly while defending.

Notorious in his pressing ability and workrate, Maxence regularly puts opponents on the back foot whenever he engages. Don’t only be swooned by his grace on the pitch because this lad’s dogwork can simply not be allowed to go unnoticed.

Caqueret attempts around 31 pressures per game which is among the top 1% in Europe’s top 5 leagues. Most of his best work is done in dynamic situations where his energy stands out. Due to being an extremely aggressive presser, the same can’t be said for his abilities during static defensive situations.

The 21-year old makes sure that he doesn’t leave any passing lanes open behind him while pressing. While there are positives and negatives here, regular playing time can help Maxence overcome his defensive shortcomings in the future.

Caqueret is so slick with the ball at his feet it’s unfair. His passing accuracy of 87% this season in Ligue 1 is commendable as he also plays around 6.4 progressive passes a game.

An area where he could improve however is possibly getting more touches in the penalty area, given his dynamism. Something the young buck will have on his mind to elevate his game even more.

But aside from that, on the ball, Caqueret doesn’t try to be flashy but instead, focuses on efficiency. His actions on the pitch are more or less designed to put his team in the best position in a particular game state. Caqueret can pick out obvious passes from the midfield area regularly using one touch play, that help the team progress the ball efficiently.

This shows that he prefers to be part of passing chains that help set the rhythm of his team.  His safety-first approach is a good base to have short term but long term, he will need to work on becoming a vertical passing threat to create chances if he wants to make the transition to a bigger club.

While his shooting technique is sound, he doesn’t generate enough power in the shot to be a regular threat from distance or whenever he gets into the penalty box.

Caqueret is a crucial figure for Lyon at present and for the future as well. This makes a transfer very unlikely in the short term. While the present situation is a bit of a deterrent for interested parties, his long-term future is extremely promising.

In terms of scalability, there are incredible positives to be seen given his outstanding technical ability. Versatility is another desirable characteristic that increases his allure. Maxence can operate in a pivot and in a 3 in midfield as the deepest lying player. This allows him to be an integral part of different tactical systems and in terms of fit, there are 2 clubs at present who would require his services more than any- Chelsea and Manchester United.

Chelsea is the most obvious tactical fit and destination, as they will look to find a long-term heir to N’Golo Kante. While there isn’t a pressing need to replace him immediately, Caqueret will be among the discussion as well as his compatriot at Monaco, Aurelien Tchouameni.

Thomas Tuchel has worked with and helped along midfield talents like Julian Weigl and Verratti which means the baby-faced midfielder will be under good hands if he decides to move to the Champions League finalists.

While Caqueret will find playing time a bit hard to come by initially at Chelsea, there will be no problems fitting in at United. He profiles as a sure shot upgrade on Fred. Given, the Brazilian has been one of Man United’s best midfield performers, he suffers moments where his game becomes erratic. That will not be the case with Caqueret, as he provides a more reliable base at the heart of midfield.

The wizard in the middle of the park will also get a chance to work with one of the best man managers in world football in Ole Gunnar Solskjaer while being the metronome in midfield that United severely lack.

Maxence Caqueret already holds the makings of a complete midfielder, capable of fulfilling all roles in midfield because of his technical brilliance, energy, tenacity and character. He must look to maximize his opportunity at Lyon, given the incredible facilities at the club that allow players of his ilk to thrive.

Lyon will certainly look to build around and develop him rapidly, so that they can sell him for a hefty fee when the time arrives. It won’t be long when the name Maxence Caqueret isn’t on everyone’s lips. And if the club you support needs him and isn’t ready with the dough, there’s problems.

Credit: OL compilations as the source for the Maxence Caqueret GIFs.