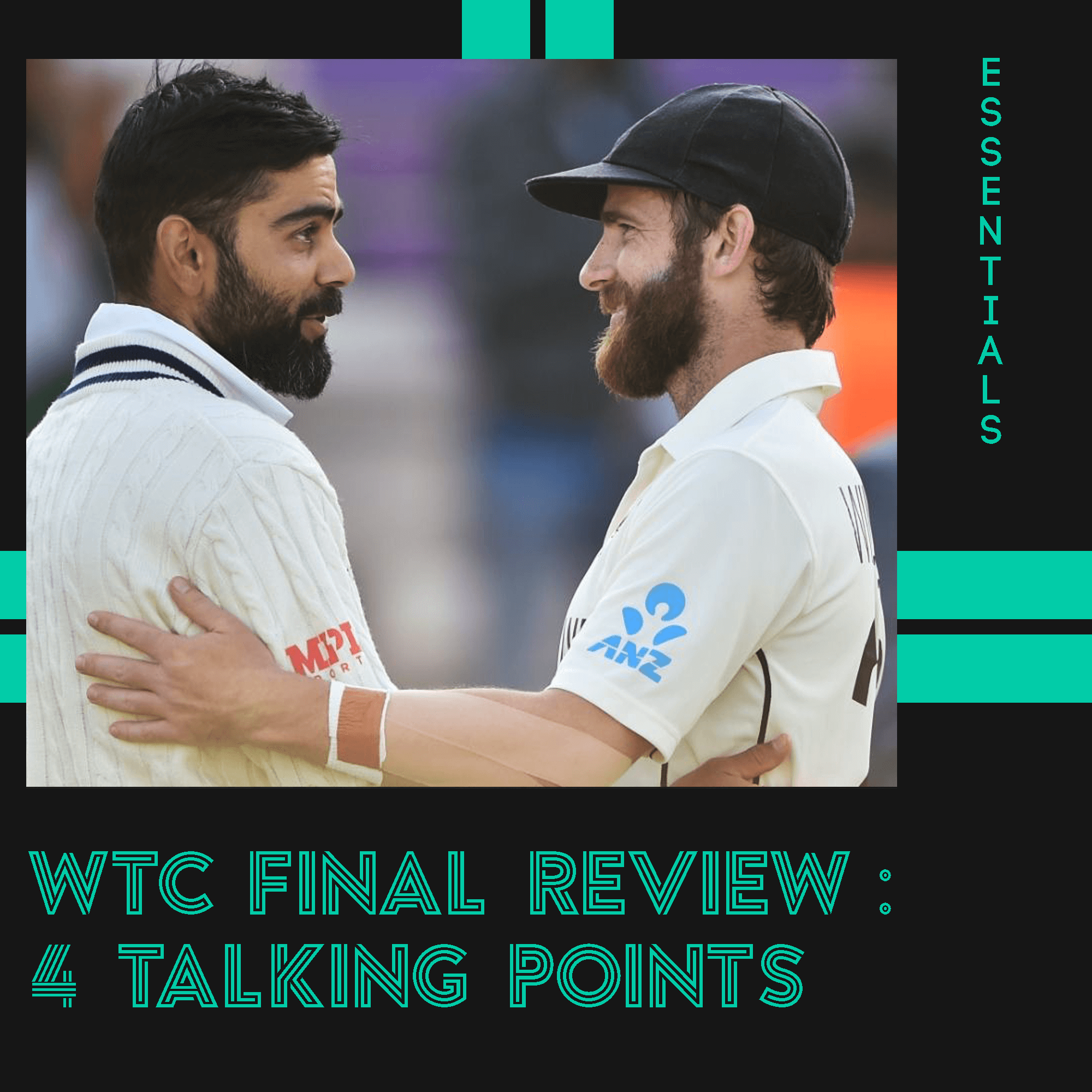 As the rain-ridden WTC finals come to an end, New Zealand have the last laugh. A rampant display by the Kiwis with both bat and ball earns them the first-ever World Test Championship. Even though rain played spoilsport and washed out two days of play, New Zealand managed to win the game comfortably, dominating the Men in Blue.

This is the 2nd time in two years where a reserve day has caused trouble for India. Interestingly enough, both these games happened in England and were against the same opponent.

Kane Williamson’s boys prevailed yet again over an Indian team that looked off the pace from day 1.

But keeping that aside, here are our 4 takeaways from the high-octane World Test Championship Final.

The Kiwis have the best bowling attack in the world

New Zealand decided to go with 5 pacers in the WTC final and it worked wonders for them. Their pace bowling attack was the perfect blend of seam, swing, and speed, with two left-arm bowlers and two right-arm bowlers who caused all sorts of trouble for the Indian batting arsenal.

While Boult and Southee’s experience seemed to pay off, Kyle Jamieson’s ability to swing the ball consistently and Neil Wagner’s off-the-top bouncers meant the Kiwis killed the Indians from every angle possible.

And to say Jamieson was the pick amongst this elite group is undeniable. He scalped 7 wickets in the 2 innings including the crucial wicket of his RCB skipper twice in two innings.

The towering fast bowler was picked ahead of another superstar speedster in Matt Henry who wrecked England’s batting lineup a few days ago, justifying his selection with his impeccable swing bowling and variations.

Oppositions team could only dream of having the ammo New Zealand have loaded in and amongst their bowling ranks.

We need to talk about Pujara

Cheteshwar Pujara has been India’s mainstay at No.3 for ages and rightfully so. Over the years, he has produced many spellbinding displays, carrying the country’s hopes on his back in Test cricket. However, his current form is worrying.

There is constant criticism about Virat Kohli not being able to get a Test century for over 500 days. But Pujara hasn’t scored a test century for around 800 days and yet, the doubters are quiet. After all, his last century he scored was in January 2019 against Australia.

Pujara had a sub-standard outing in the WTc, scoring 841 runs in 30 innings and averaging only 28.03 throughout the tournament. Che’s poor run of form continued in the WTC final too as he only managed a combined score of 23 in both his innings.

Even though Pujara has played some quality knocks in the WTC like the match-saving one against Australia down under, he has struggled to put the numbers on the board on a consistent basis.

Just to clear something up, the problem with Pujara isn’t his slow scoring rate, it is the fact that he isn’t mustering the runs he has acclaimed for.

Questions need to be asked.

Despite India coming out second best, Ashwin proves why he’s a champion bowler

In a pace-friendly track, where even the likes of Ishant Sharma and Jasprit Bumrah were struggling, Ravichandran Ashwin was ace. The man is a vet now and it shows as he was easily India’s best bowler in the final with 4 wickets to his name, taking the only 2 wickets in New Zealand’s second innings.

With these four wickets, Ashwin ended up becoming the highest wicket-taker in the WTC. Simply sensational stuff.

Ashwin bowled his heart out in the second innings of the game when the pacers were far from their pinpoint selves.

A gem of a spinner.

Once again, Williamson got the better of Kohli

It was always coming down to this ultimate showdown: Kane vs Kohli. And Kane managed to prevail yet again.

Williamson will go into the history books for leading New Zealand to their first-ever ICC silverware since 2000, while Kohli’s wait for an ICC trophy as a captain continues.

Williamson was once again was Mr. Dependable for the Kiwis as he delivered when they needed him the most and that certainly wasn’t the case with Virat Kohli.

With a hard-earned 49 in the first innings that gave the Black Caps their much-deserved lead and a sturdy half-century in the second innings of the game to see the Kiwis taste ICC glory after over two decades, Williamson well and truly proved why he is one of the greats of the game.

Unfortunately, Kohli’s poor run in the crucial stages of ICC tournaments continued, as he succumbed to a brilliant delivery by Kyle Jamieson for just 13 runs in the 2nd innings, with the Men in Blue automatically on the path of defeat.

Kohli’s failure to see his side through in clutch situations yet again raises a lot of questions and his 500-day drought for a Test century only adds to those questions.