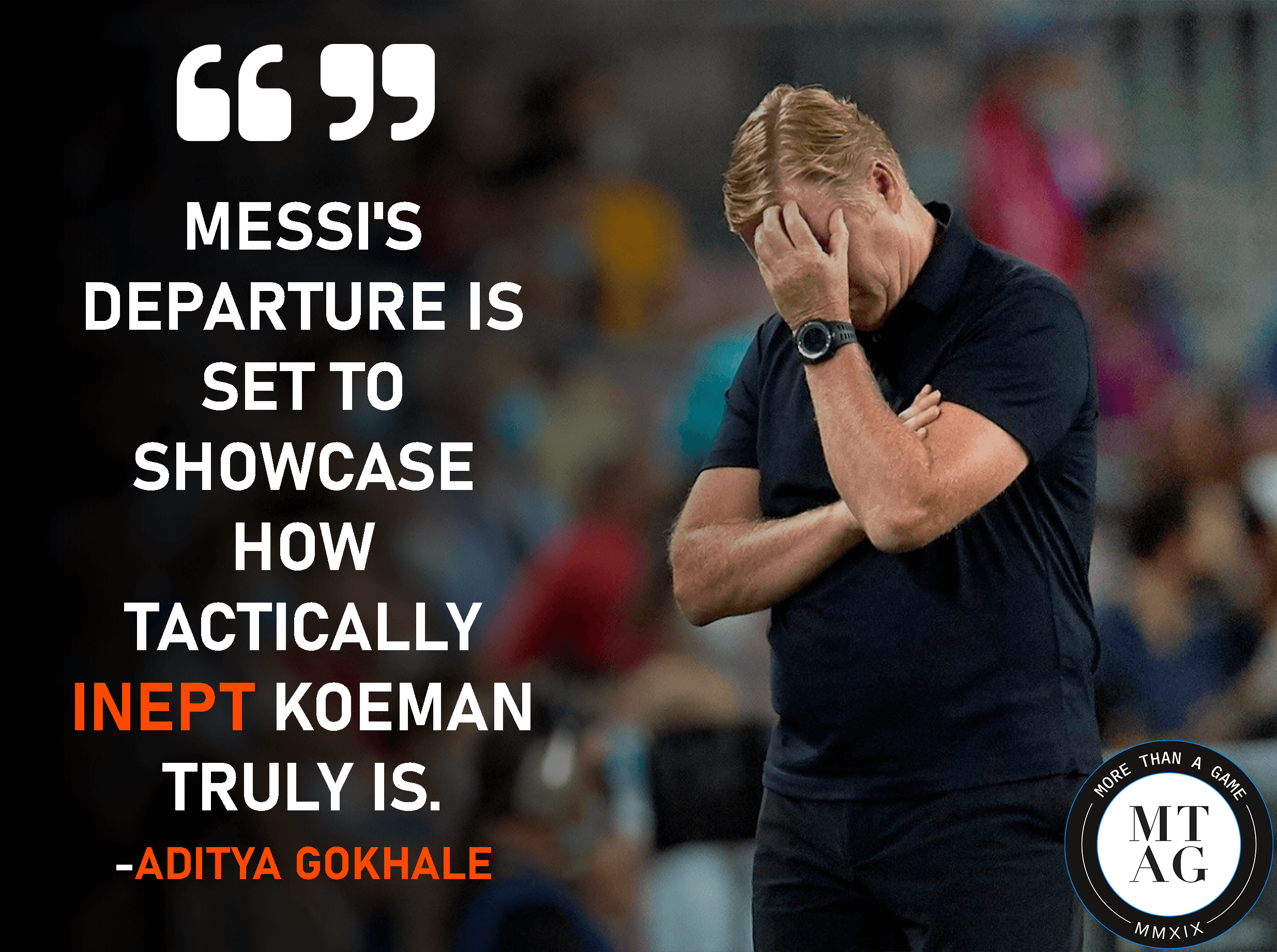 It was an easy night’s work for Bayern Munich as they swatted one of the worst Barcelona lineups you are likely to see in Champions League history. A Robert Lewandowski brace and Thomas Müller opener sealed the deal for the vistors on the night.

Here’s our 5 talking points from an obvious mismatch. 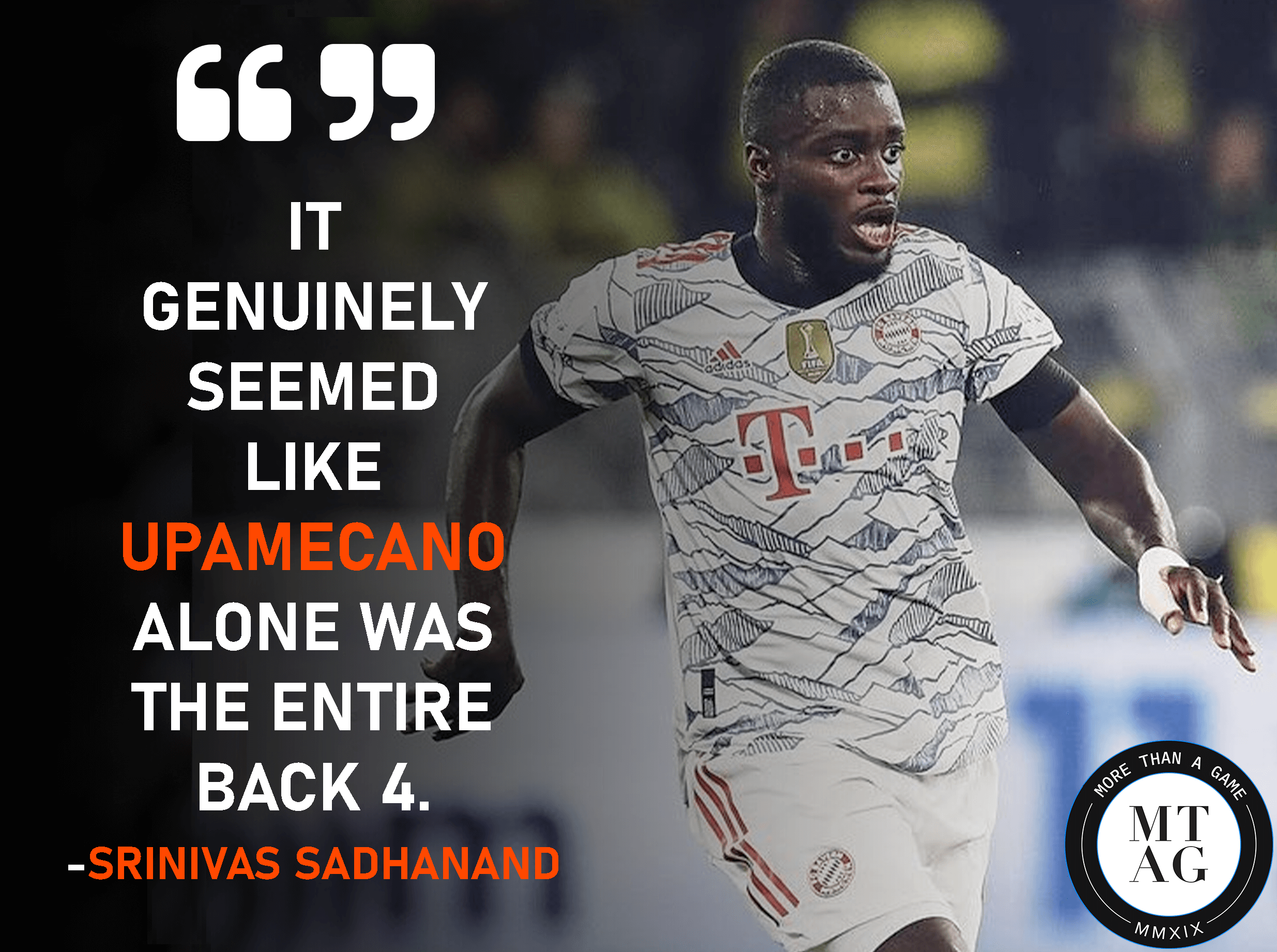 Alright, it’s a bit strange to handpick a Bayern Munich defender when Barça didn’t have a single shot on target. But plans change when you realise a certain Dayot Upamecano was hell bent on cleaner sheets than a hotel’s housekeeping department.

Positionally omnipresent, lionhearted in the tackle and faultless on the ball, this was as good an Upamecano advertisement as any.

Summing up the former Leipzig defender’s display for anyone that decided to skip a Champions League night- it genuinely seemed like he was the entire back four.

£38 million for one of the best young centre-halves in the world can be placed under the never-ending “Great Business” file at the Bayern Munich offices. 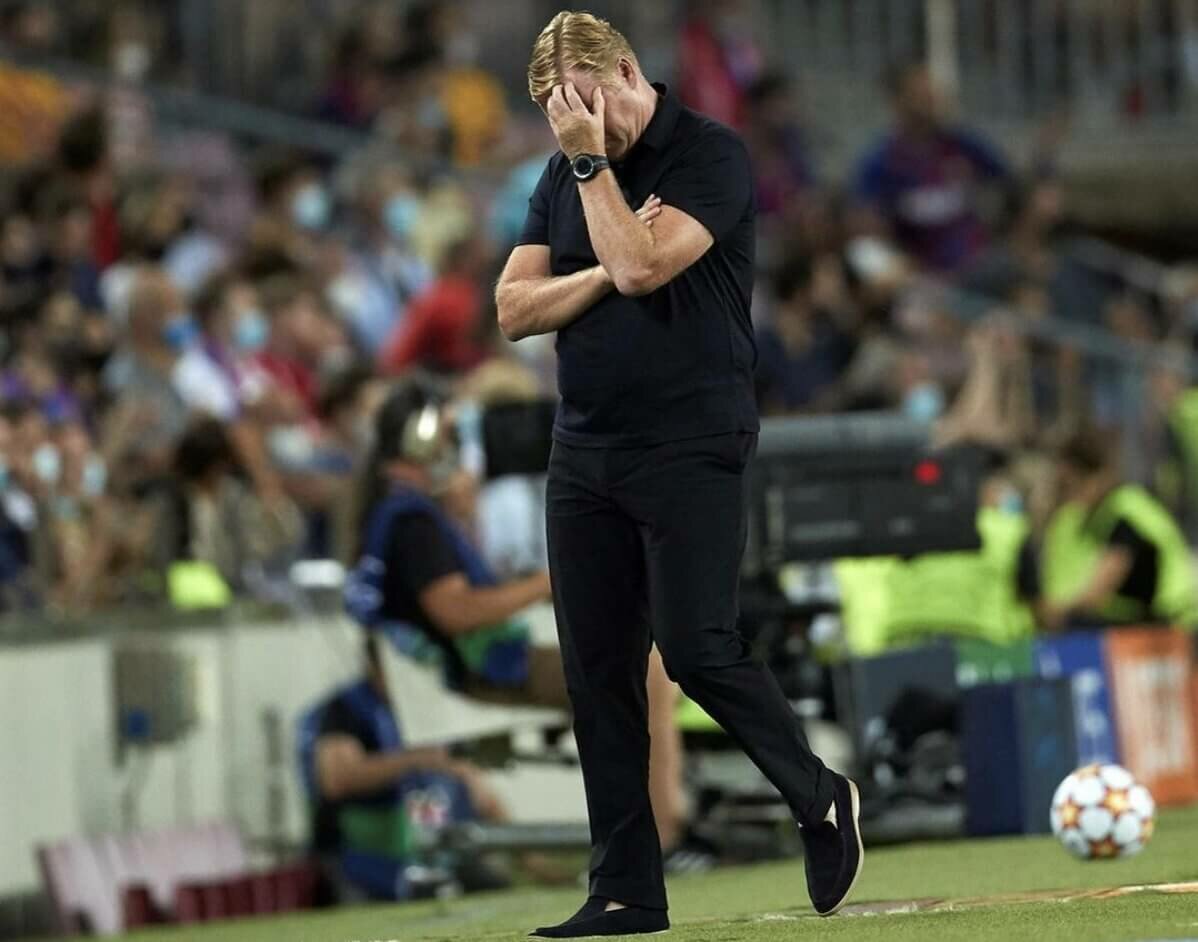 An over-reliance on Lionel Messi helped Ronald Koeman ride the wave through his previous season at Barcelona. However, this season, the great man’s departure looks set to showcase just how tactically inept the Dutchman truly is.

Just in the Bayern game, his inability to understand the assignment was for all to see. Barça decided to go for a 3-5-2 with Roberto and Alba as the wing-backs.

On paper, it seems smart to go with a safety-first approach of Pique, Araujo, and Garcia at the back to deal with the double trouble on show in the form of Lewandowski and Müller.

However, it was always obvious that Leroy Sane and Alphonso Davies were going to be bursting down the left flank. This effectively meant Araujo had to help Roberto out to deal with them on the right flank, with Garcia doing the same on the left, leading to the Bavarians constantly creating an overload out wide.

That ultimately left Pique and Busquets alone to deal with the pair of Lewandowski and Muller, who can ghost behind the backline with aplomb, as well as the fear-inducing bursts by Goretzka in the box.

Sergi Roberto versus Alphonso Davies and Leroy Sane has mismatch written all over it.

And to employ a counter-attacking system with the languid Luuk de Jong was comical; but that’s Koeman’s tactical nous in a nutshell.

3. Jamal Musiala: How could you not remember the name? 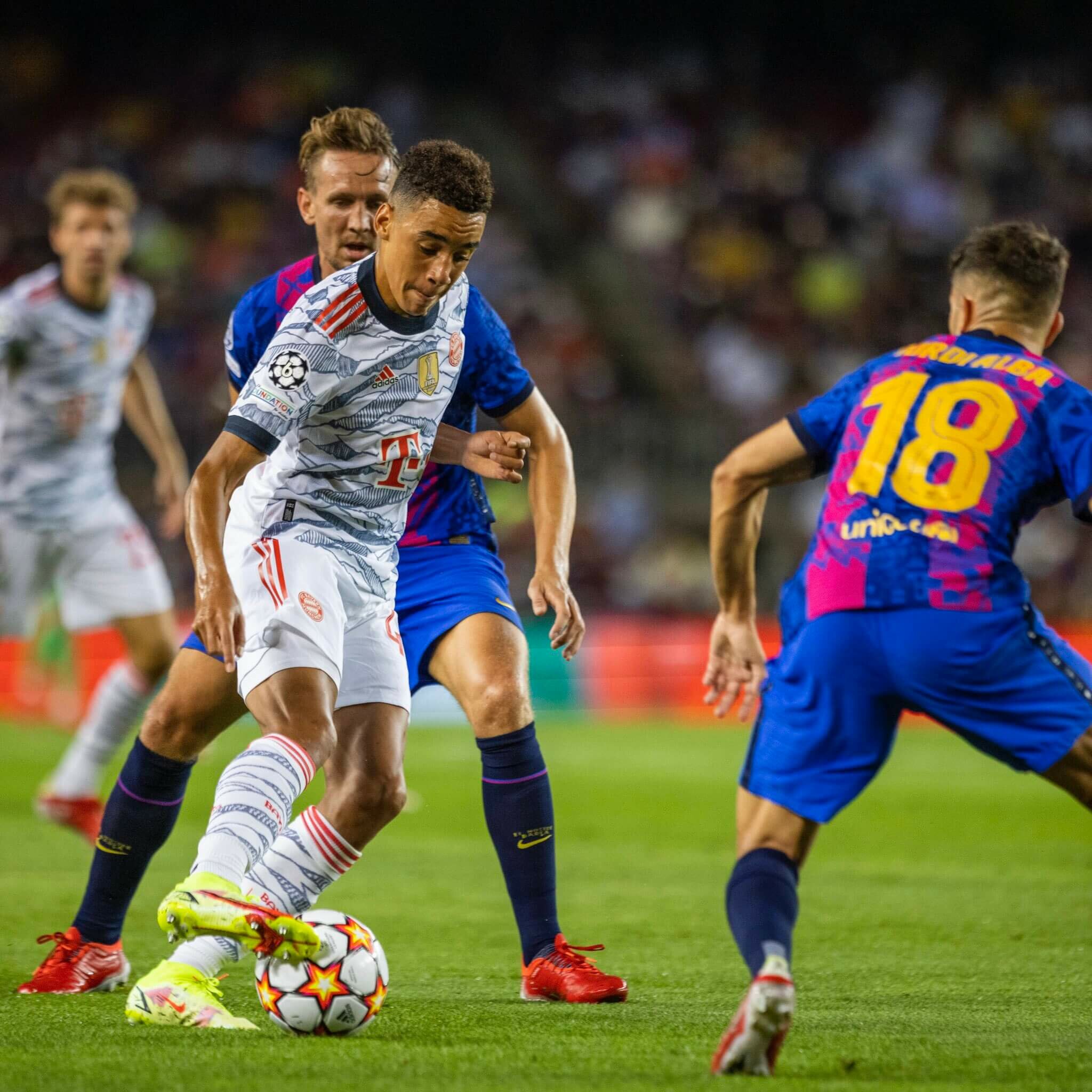 On Saturday, Jamal Musiala came on after the break for Serge Gnabry, bagged a sumptuous goal, an even better assist and was the difference maker against RB Leipzig.

On Tuesday, he started ahead of the seasoned Gnabry and this time, he made the Camp Nou his playground.

Just a standard couple of days for one of the best young footballers in the world.

As Lewandowski, Müller and Sane initially struggled against Barcelona’s rigid low block, Musiala was the complete opposite. Running rings around the opposition, constantly linking up play and finding spaces, the Chelsea youth product was comfortably the best attacking player on the pitch.

Jordi Alba can attest to this, considering he looked like his shoes were tied together, everytime he came up against the electrifying winger.

In the build-up to the 3rd goal, misfortune was on the 18-year old’s side as he struck the post.

Nonetheless, that wouldn’t be a downer for him because this isn’t the last time the world will witness Jamal Musiala at the elite level. He belongs at the very top.

4. On the bright side, the youngsters shone under the floodlights 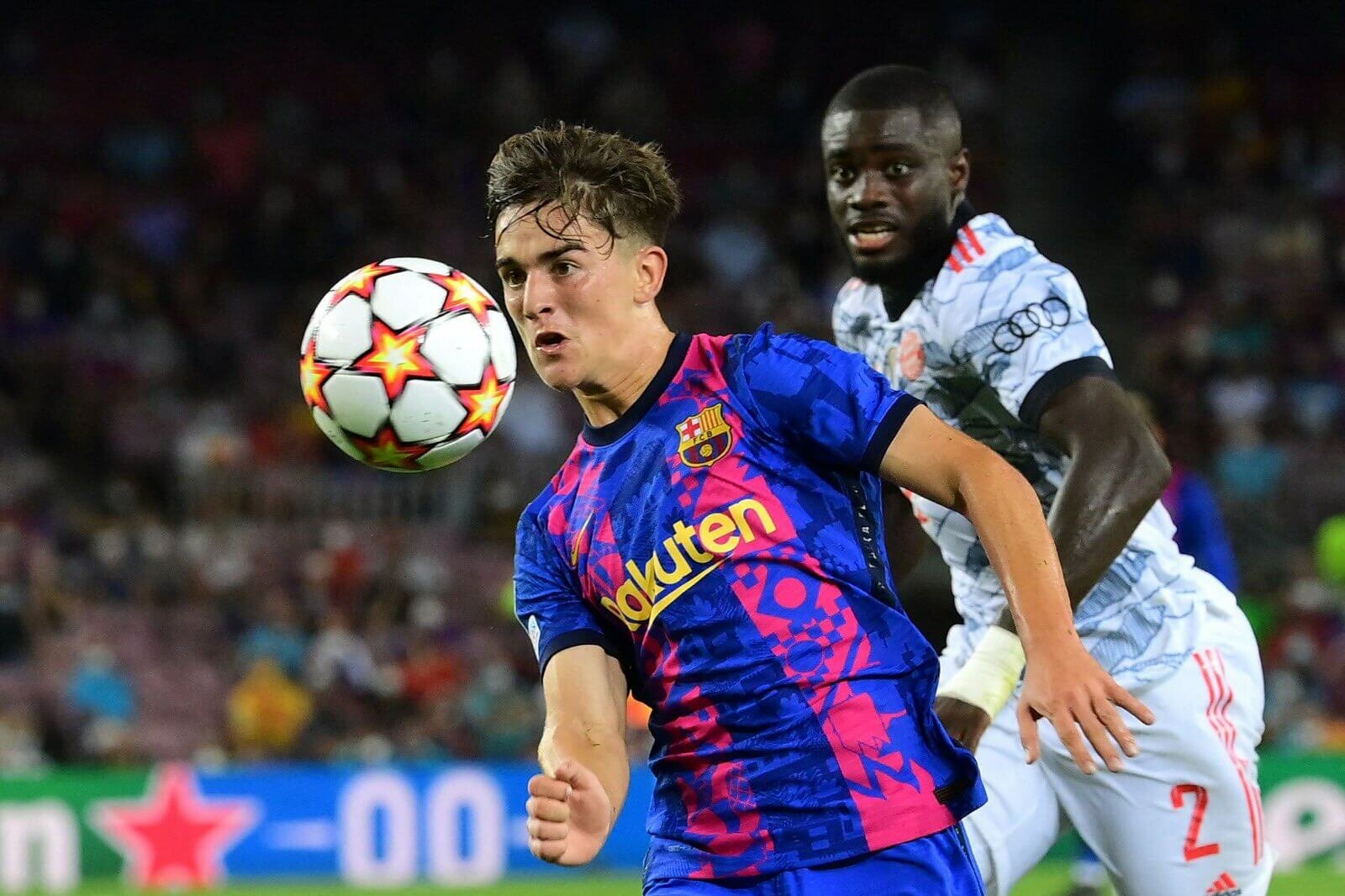 In the 2021/22 season, FC Barcelona has the youngest squad on average in Europe’s top 5 leagues. Only a couple of seasons ago, the same team was on the other end of the spectrum with one of the oldest squads in European football

There has been a massive transition in the works with the departures of many players, whether it be due to sporting reasons or financial collapses.

This has opened the doors for Barça to finally revert back to its roots and let the youngsters do the talking.

Gavi, Demir, and Balde all came on in the 2nd half with the game almost dead and buried. The trio.showed a hell of a lot of enthusiasm and urgency,.with the press of Gavi and Demir starting instantaneously.

Gavi was especially impressive, as the young lad was not at all shying away from going toe-to-toe with the Bayern midfield and also forced Süle into make a couple of mistakes while on the ball.

However, this obviously was too late, too late but there is a chance a case for being starters in the future 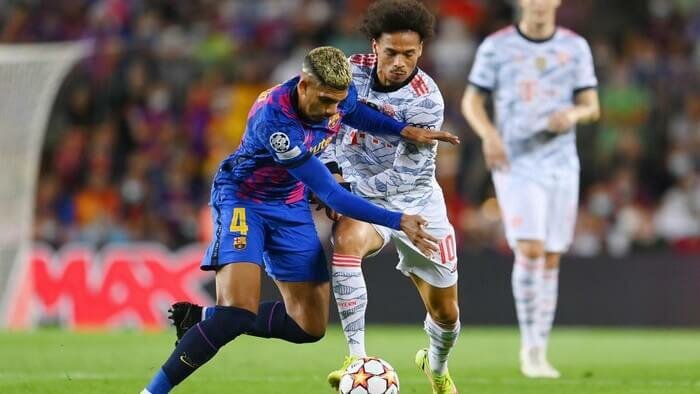 When the Bavarians tore the Catalans apart 8-2, they were at their famed brutal best. Precise, clinical and unrelenting, Bayern were the embodiment of Hansi Flick on the pitch.

Last night however, a different set of adjectives come to mind. Sloppy, casual and languid are the first of many.

Julian Nagelsmann’s army had acres of space, walking past that Barça midfield, but the attack operated at a walking pace for the most part, with way too many passes backward or to an opposition player and at times, a serious lack of intent was on show.

The onsong Leroy Sane was the perfect example of this unhurried aura about Bayern Munich. Yes, he was marshalled excellently by Ronald Araujo.

But when he found spaces to run into, he chose to pass it back to Davies, or taking such casual touches, they screamed laziness more than effortlessness as they went astray.

Disclaimer: This is not an attempt to target Sane but just an example as the likes of Kimmich and Müller weren’t flying all evening as well.

Still, a 3-0 win in the bag at the Camp Nou and yet, there’s room for improvement just tells you this team is elite for a reason.