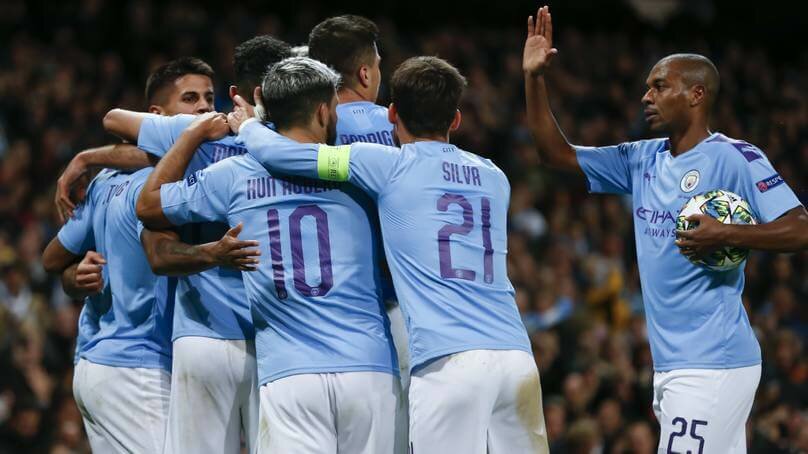 An unfortunate injury, a midweek trip to Italy and a full-back playing in goal; it’s fair to say it’s been quite the week for Manchester’s blue contingent. Following on from that eventful draw in Atalanta, City’s enthralling week shows no signs of letting up as it culminates with this season’s showpiece Premier League fixture on Sunday. With so much at stake in this first versus second match up, the battle between England’s latest heavyweights promises to deliver a box-office encounter.

While most football fans see Liverpool v Manchester United as the most prominent rivalry in the North West, it’s no secret that the Reds’ meetings with United’s ‘noisy neighbours’ have been the ones to grab the headlines in recent seasons. Take a game already entrenched in underlying mutual hatred and glistening with an array of world football’s most esteemed talents and add into the mix, a second successive direct fight for Premier League glory and you’ll find yourself with the latest edition of this blockbuster fixture.

Though this fixture has always been perceived as a gentle rivalry, make no mistake of the two clubs’ often concealed loathing of each other. Taking into account the proximity of the two teams and of course, Man City’s excruciatingly narrow title win last season, the rivalry has started to boil over recently, personified by Liverpool boss Jürgen Klopp having to dismiss claims of a ‘bubbling feud’ with his counterpart Pep Guardiola. Naturally, Klopp downplayed any tensions for the media but sly digs from both managers this week would suggest he wasn’t telling the full truth.

It’s often noted that success comes with enemies – precisely the reason this fixture has become so explosive. With City stealing the title from Liverpool at the eleventh hour back in 2013/14, a success-fuelled rivalry was born. Another Sky Blue triumph last season saw City obliterate a 10-point deficit to snatch another title away from their rivals, leading the rivalry to develop into an all-out war for glory. And to add fuel to the fire, it was City’s lionhearted 2-1 victory at the Etihad which caused the eventual blip from the Merseysiders. With an unbeaten Liverpool once again sat in the driving seat, opening up a 6-point gap at the top, it’s City’s ravenous hunger to overtake their foes that reinforces the ferocity of the rivalry.

With 10 wins from 11 games so far this term, it’s fair to say Liverpool more than deserve their place at the summit. However, City have done themselves no favours in falling so far behind at such an early stage. Pep’s often-perfect side have already lost on occasions, half the amount of games they lost in the entirety of last season. With an impressive 34 goals already recorded, it’s the metaphorical elephant in the room that the problem lies within the defence.

Having conceded just 23 goals by the end of last season, City have already shipped 10 this time around, which will undoubtedly be a major concern for Pep. The poor form of their backline is down in no small part to the long-term absence of French defender Aymeric Laporte, sidelined till late January of next year after damaging his cartilage and lateral meniscus.

Laporte provided an unbreakable backbone for the Citizens in the latter half of last season, but it’s not just his outstanding defensive qualities the Champions have missed. His ability to play out so exceptionally well from the back was often the catalyst for an attack squad that fired on all cylinders, registering 95 goals. Without his presence in the squad, City have, at times, been much less potent in attack.

With Laporte’s absence in mind, seemingly endless questions have been raised about how City will be able to handle Liverpool’s electric frontline. Former Arsenal manager Arsene Wenger believes it will provide the Reds with a huge advantage, revealing that he believes the Frenchman has been an unaffordable loss.

“I personally feel they could not afford to lose Laporte, Manchester City.

“If you look at their results, they still play great football but they are a fractionally a bit more vulnerable defensively.

“And that could be a big handicap against Liverpool.”

As aforementioned, the loss of Laporte has been detrimental, but City face another huge injury crisis with goalkeeping stalwart Ederson out on Sunday. City’s ever-reliable Brazilian shotstopper returned an impressive 20 clean sheets last term and leads the way with 5 so far this season, but will be unavailable to try and achieve another shutout against the Reds. He sustained a thigh injury against Atalanta on Wednesday night and Guardiola provided supporters with the hammer blow that he won’t be fit to take part in such an imperative fixture.

With Claudio Bravo deputizing for Ederson, it wouldn’t be harsh to expect the Chilean to not be the ideal understudy, considering his dubious record between the sticks when he was City’s No.1 during Guardiola’s first season at the helm.

However, apart from the former Benfica man’s absence, the injuries to the likes of David Silva, Rodri, Oleks Zinchenko and Leroy Sané (sidelined since the start of the season) mean that the squad that is constantly marvelled for boasting of such a strong spine looks brittle for once.

Injuries aside, City will boast arguably the most impressive squad in the league and, buoyed by 3 wins from their last 3, will feel they can be more than a match for their Merseyside counterparts. They managed to decimate Liverpool’s seeming unassailable lead in just 4 months last season, and Pep could very well inspire yet another glorious comeback from his disciples.

With City failing to win a single game at Anfield since Sheikh Mansour’s takeover of the club, Guardiola and co. must be at their brilliant best to ensure sit pretty on the throne for the third season running.