Are Young Players Set Up To Crash And Burn In Football’s Financially-Fuelled Climate?

The decade that just went by will be remembered for a plethora of iconic moments that were etched into the glorious history of the beautiful game. The moments that helped evolve and further shape the game, however, were ones that we weren’t witness to, for they took place behind the scenes. The past few years have seen the powers that reigned across European club football drastically change their MO pumped with cash from savvy commercial deals to eye-watering TV revenues and everything in between, the focus has well and truly shifted from attaining long-term gains to chasing immediate success.

This in turn has had a cascading effect, down from the boardroom to the dugout. The one-club man is a thing of the past – it would be outrageous to suggest that a player could now stick with a single club with the enduring consistency of a Francesco Totti or a Ryan Giggs, or for a manager to stay at the helm of one as Arsene Wenger, Sir Alex Ferguson or Guy Roux once did.

The profound effects of this change in ideologies has been felt most in the transfer market, which has undergone an accelerated paradigm shift in the latter half of the decade. Unsurprisingly, Neymar’s stunning €222million move from Barcelona to PSG in the summer of 2017 played the biggest part in causing this shift. Overnight, the market saw the biggest single change since the Bosman ruling from the 90s. The average price for players skyrocketed, with silly money being quoted by selling clubs who came to terms with the power they had.

With teams throwing more cash around in order to secure their targets, young prospects coming through the ranks are faced with tough, potentially career-defining decisions earlier on in their careers than ever. A good season, or even a few eye-catching performances here and there are enough to convince suitors to whip out their cheque books in the search of the game’s next big superstar. This trend became pronounced when once again it was PSG splashing the petro-dollars on Kylian Mbappé, €180million of them to be precise, barely six months after he became a first-team regular with Monaco.

Although the mercurial Frenchman has more than justified his mega price tag in his two-and-a-half seasons at the Parc des Princes, similar talents looking to follow in his footsteps run the risk of falling by the wayside. Since Mbappé’s move in 2017, the frequency with which youngsters are getting their big break and the money involved in making that happen has risen sharply.

Of this, Luka Jović is a fine example. Having made one senior appearance for Benfica in two seasons, the Serb was loaned out to Eintracht Frankfurt at the start of the 2017/18 season, with an option to make the deal permanent.  Jović announced himself the following campaign, with his 27 goals playing a huge part in Eintracht’s 7th-place finish and run to the final four of the Europa League. By April, Frankfurt exercised their option to take Jović off Benfica’s hands for €8million.

They must have been aware of Real Madrid’s interest, making a quick and hefty profit as they completed Jović s €62million sale a month later.

To say that the move hasn’t worked out yet would be putting it kindly. Jović has one goal and a handful of starts in his six months at the Bernabeu, and is no closer to dethroning Karim Benzema as Zinedine Zidane’s No. 9 of choice. Given Benzema’s position at the club and the stark contrast in Frankfurt and Real’s playing styles, however, it would be incredibly harsh to put the blame entirely on the talented frontman’s burdened shoulders. 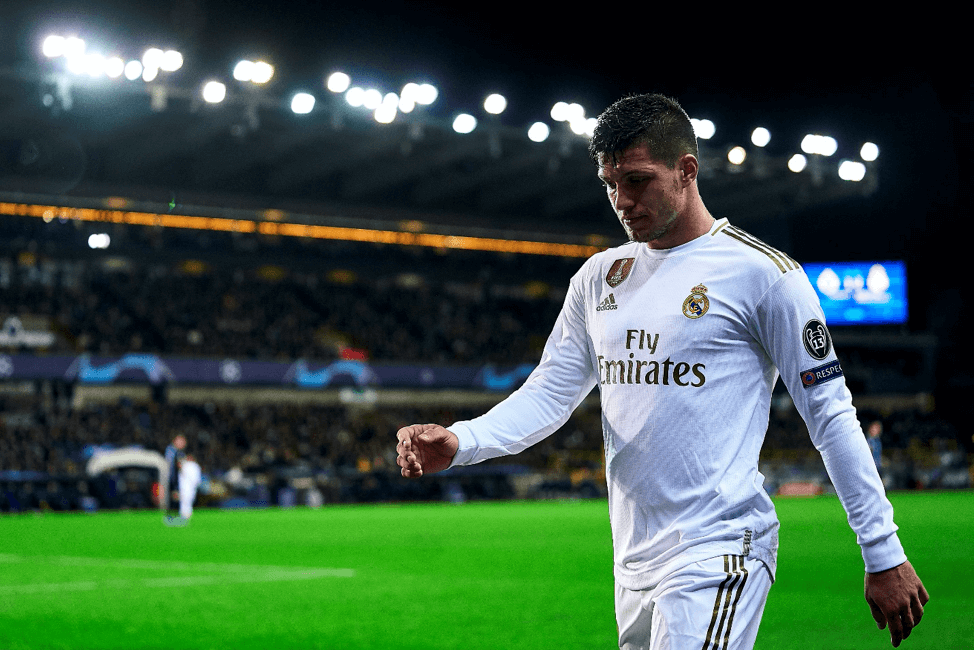 The Serb striker isn’t alone in his struggles. Los Blancos have spent roughly €350million on players aged 23 or under since 2017, with limited success. Admittedly, these carefully incubated eggs may take a few years to hatch as the youngsters progress around an ageing core, but as it stands, the limited opportunities afforded to the likes of Jović, Vinícius Júnior, Álvaro Odriozola, Dani Ceballos et al serve as a reminder of the importance of making the right career move for youngsters, bursting onto the scene with seemingly limitless potential.

Another cautionary tale is that of Matthijs de Ligt. The biggest saga of the summer transfer window revolved around the prodigious centre-back and his endless list of suitors among Europe’s elite, of which he eventually opted for Juventus. However, despite Giorgio Chiellini’s long-term injury in the early weeks of the season, the Dutch international has struggled to establish himself as the automatic starter that most assumed he would be, given his €85million fee.

In recent weeks, Maurizio Sarri has instead put his faith in Merih Demiral, the Turk brought in from Sassuolo in the same window as de Ligt for a fifth of the price, prompting questions over the latter’s ability to adapt to life in Serie A. That said, it is easy to forget that the de Ligt is still just 20 and will get more opportunities to find his feet on the back of Demiral’s season-ending injury.

João Félix has endured similar difficulties since his €127million move to Atlético Madrid, where he has struggled to fill the shoes of Antoine Griezmann. He doesn’t possess the industry that made the Frenchman such a vital cog of Diego Simeone’s side, both in attack and defence. Felix, however, does have flair and skill in spades, not necessarily at the top of Cholo’s list of desired attributes.

Hindsight is a beautiful thing but looking back, was Felix ever going to flourish under Simeone in a work-in-progress Atleti side?

The Portugese will hope, for his sake, that he doesn’t suffer the same fate as some of Simeone’s other high-profile attacking signings, including Gelson Martins, Nicholas Gaitan and Thomas Lemar, to name a few.

One player who understood the importance of making the right career call in his formative years is Jadon Sancho. The Englishman has firmly established himself has one of Europe’s premier wingers in his two-and-a-half seasons at Borussia Dortmund. And that has largely been down to Sancho’s willingness to take the road less travelled.

Instead of staying within his comfort zone at Manchester City, where he would have either been shipped out on loan or racked up a handful of cameos from the bench, Sancho became the first Englishman to sign for Der Borussen, where he had the chance to break into the first-team straightaway, following Ousmane Dembélé’s move to Barcelona. Sancho decided to forego the tutelage of arguably the greatest modern-day manager in Pep Guardiola as well as a chance to learn from the best in the business among the City squad. Now, he is one world football’s hottest properties, and will be faced with another such decision in the summer when the big boys come knocking at Dortmund’s door with bags full of cash. 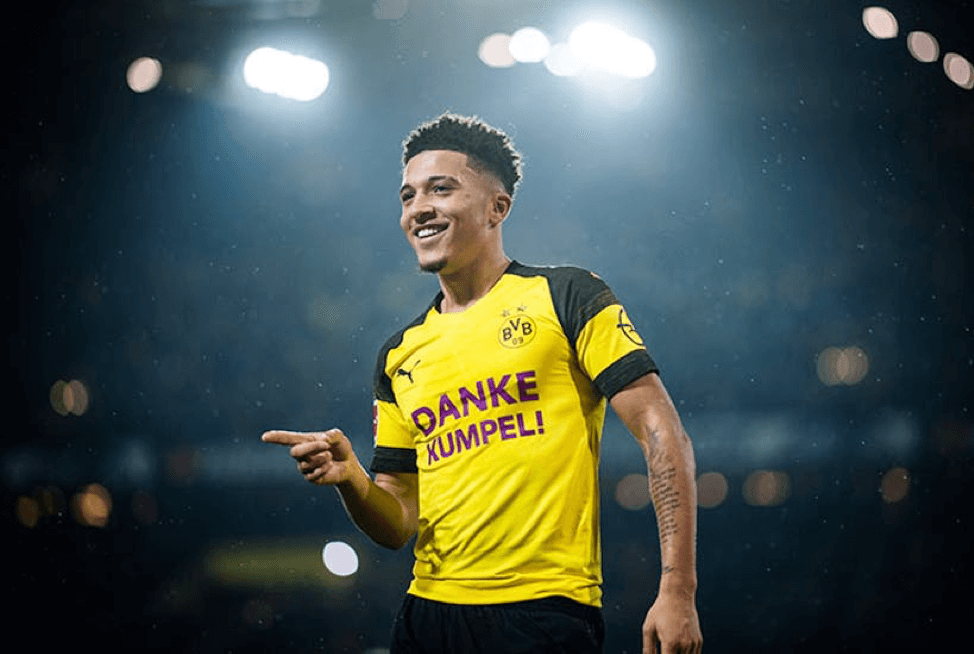 A man with a plan: Sancho’s move to Borussia Dortmund was a masterstroke and the England international can never get enough credit for his foresight

Sancho’s fellow U-17 World Cup winner, Phil Foden, represents the other side of the coin – having been with City since the age of 9, he chose to stay with his hometown club despite the intense competition in midfield. While his rise hasn’t been as meteoric as Sancho’s due to limited playing time, Guardiola never passes up the opportunity to shower Foden with praise, urging patience and reminding critics that the Stockport native is still only 19.

With David Silva’s departure at the end of this season confirmed, Foden is the heir apparent for the Spaniard’s spot. Guardiola has cautiously integrated Foden into the first-team set up over the past two-and-a-half years, and will thrust him with the massive responsibility of taking over from Silva as his conductor-in-chief. If he does so successfully, Foden’s story will serve as a testament to youngsters at some of England’s biggest clubs to bide their time instead of getting caught up in the vicious cycle of loans.

The path to the top may be shorter than ever, with youngsters going from relative unknowns to multi-million transfer targets in double quick time. But so is the potential fall from grace. It is imperative, especially in today’s supercharged transfer market, for players to find the team that best suits their style, with a manager who shares a common vision. Make the right decision today and they could just become a star of tomorrow.